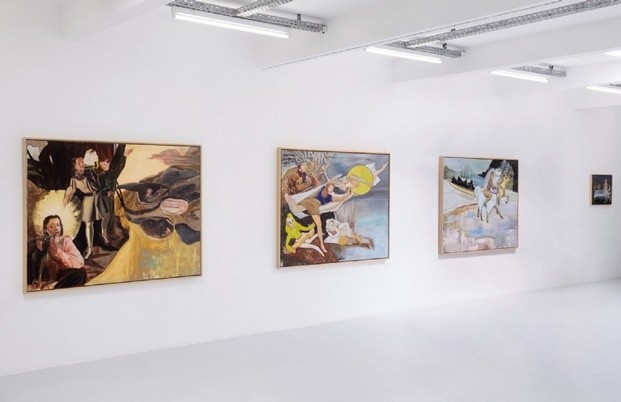 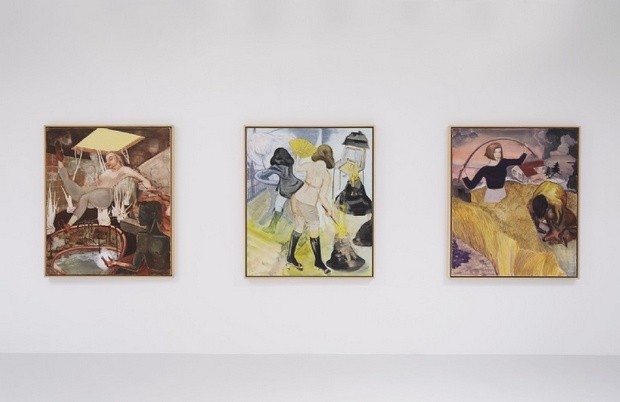 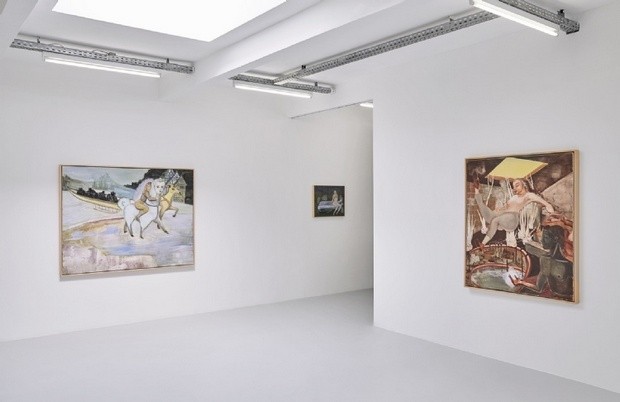 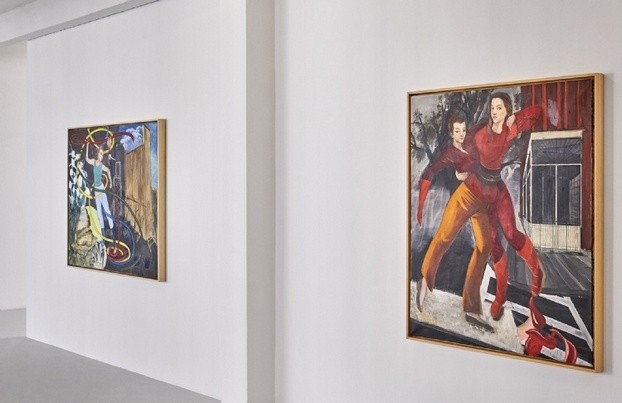 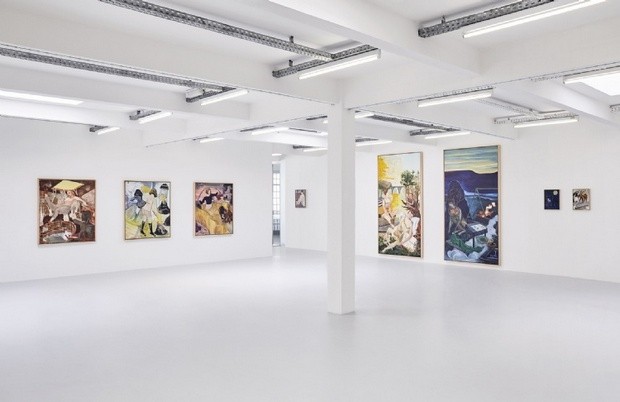 The representational painter Rosa Loy (Germany, b. 1958) presents her first solo exhibition in Austria at Kunstraum Innsbruck. The artist, who studied at the Leipzig University in the nineteen-eighties and still lives in the town, is counted among the New Leipzig School. Her picture subjects deal with the mystery of the woman, the new femininity, and new romanticism, which, in retrospect, played a major role in Saxon painting. Rosa Loy summons the courage to integrate femininity and beauty into her representational painting and in her works offers us a wide spectrum of interpretations.

Her search for a new-found femininity feeds on traditional female knowledge and the mysteries it entails of the inner nature of humans and the nature surrounding them. The picture compositions, rich in detail and full of symbolism, thus become echoes of old myths and spiritual cultures. The figures peopling her dreamlike landscapes and gardens are exclusively women, communicating with each other or lovingly pursuing their various activities. There are connotations of a fairytale world, haunted by mythical creatures and trolls, and translated into a painting springing from poetry and imagination. If we look deeper, though, the female figures, often depicted as pairs of twins or sisters, point towards a very sensitive web of relations within a feminine view of nature and society, which in fact is not defined by a political or feminist agenda. In her love of colour and her structures Rosa Loy also borrows from the Renaissance, just as she likes using casein paints, which characterized its murals and their composition.
www.kunstraum-innsbruck.at