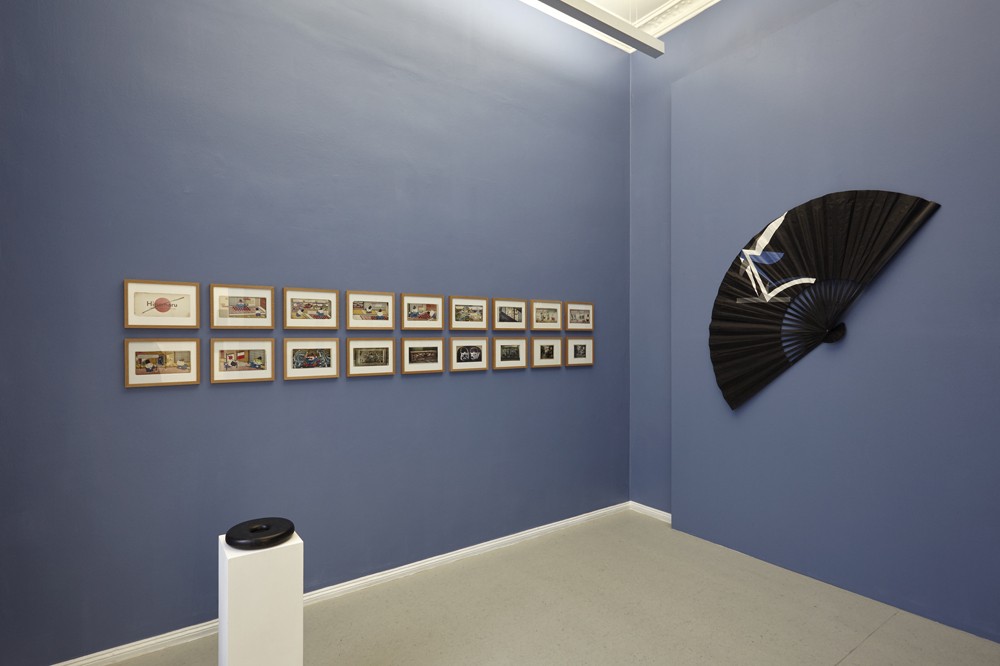 KUNSTSAELE Berlin is pleased to present “Klappe eins, Affe tot...“ [“First Mark, Monkey Dead”], an exhibition of selected works from the Sammlung Bergmeier, from the 17th of December 2016 to the 4th of February 2017.

The exhibition – a renewed overview of the collection for the first time in a long while – offers an occasion for a recapitulation of KUNSTSAELE’s seven years of activity. Appropriate to the focus of the collection (which has been presented in exhibitions in the Bülowstraße 90 since 2010), “Klappe eins, Affe tot...” directs its attention predominantly to minimal and conceptual works from the 1960s until the present day: from canonical figures (such as Art & Language and Günther Uecker), to recent rediscoveries (such as Donald Bernshouse and Ruth Wolf-Rehfeldt), to established young artists (such as Michael Müller and Carsten Nicolai). The exhibition’s title is a take on the saying “Klappe zu, Affe tot..“ [“Cover Closed, Monkey Dead”]; a reference to the practice, once customary in circuses and carnivals, of using a monkey in a wooden cage or booth to attract visitors. If the monkey died, the cage remained covered and the performance was canceled.

“It is a beautiful and effective performance, this ride that we call the Ride of the Dreams. We have been showing it for years now [...] and we still have no cause to take the Ride out of the programs, all the less since it cannot be imitated by our competitors, in spite of the fact that this cannot be appreciated at a first glance, it is inimitable. We are in the habit of putting it at the end of the first part of the show, it would not be suitable at the close of the evening, there is nothing dazzling, nothing costly, about it, nothing to talk about on the way home, the show must finish with something that is unforgettable even for the crudest mind, something that saves the whole evening from oblivion, this Ride is nothing of that sort [...].“