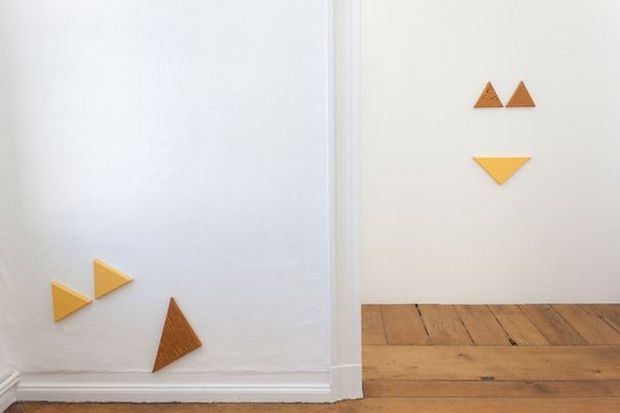 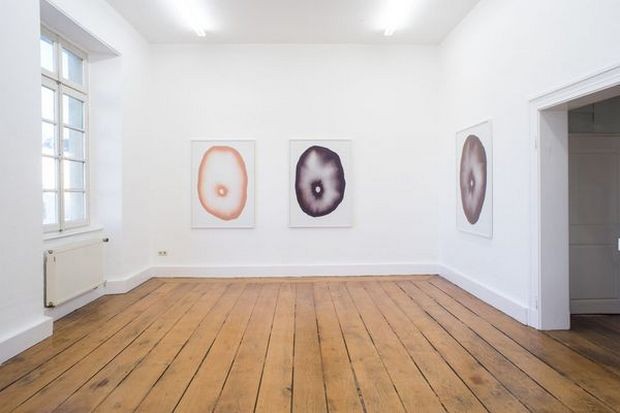 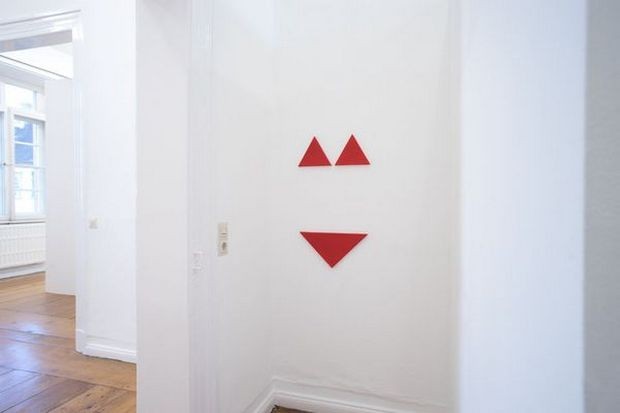 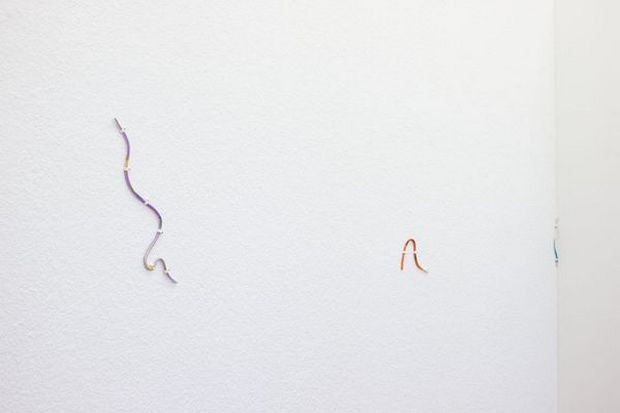 For his solo exhibition 'Bruzzy' at Kunstverein Arnsberg, Italian artist Marco Bruzzone deals with the classical mediums of art practice, above all painting.

Bruzzone's diverse work is based on the development of concepts, his way of working comparable to that of an engineer: he develops methods and processes which produce works of art. His particular kind of scientific approach, characterized by research and analysis, is also influenced by his interest in automatic and industrial processes.

While each of Bruzzone's works are unique, they are usually produced as part of a large series of similar works. Kunstverein Arnsberg presents works mostly from his series Blisters, Cables, Tables, Cold War, Cleavage and Ondine. This comprehensive exhibition not only shows individual works, but also makes visible the overarching concepts of these series and methods, the principle of artistic logic thus becoming central to the exhibition.

This logic is not easily reducible to a rational, conceptual or aesthetic tendency. It is unpredictable and full of surprises. Bruzzone allows himself the scope to experiment freely with forms and ideas, his unexpected decisions creating new images and situations which can adapt to a variety of contexts. Whether in the studio, a gallery or in public space, Bruzzone plays with his environment and challenges his audience.

With humor and lightness, Bruzzone opens a dialogue with the audience on cultural and social issues. In 2013, together with Patrick Tuttofuoco, he realized the outdoor project «To Mistake An Empty Place For A Square» at the Neumarkt in Arnsberg, in which historical and contemporary problems of the city were addressed. With complex and sophisticated projects, which still leave enough room for spontaneous and intuitive action, Bruzzone advances his ideas of painting and drawing. Here, he also introduces performance and participation, which may be ephemeral, but through leaving memories of strong images are equally effective.

Marco Bruzzone was born in 1974 in Genova. His works and performances have been shown in numerous international exhibitions, including Palais de Tokyo, Paris (2012) and Kunsthalle Basel (2011).
www.kunstverein-arnsberg.de