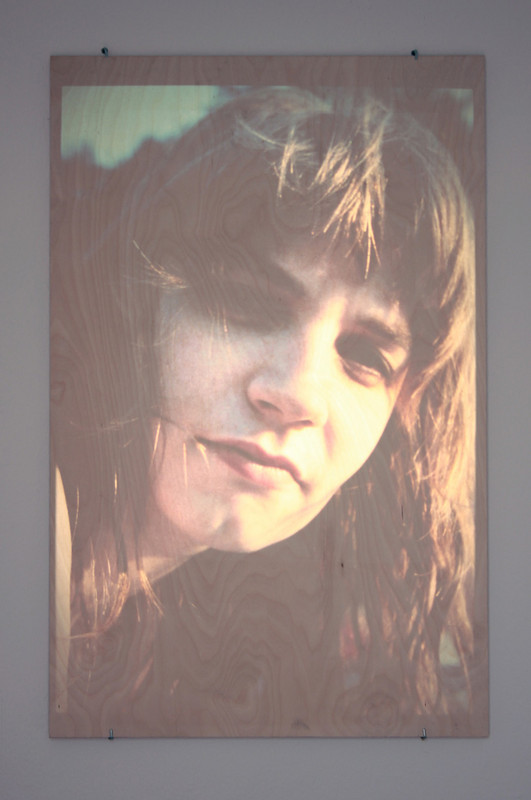 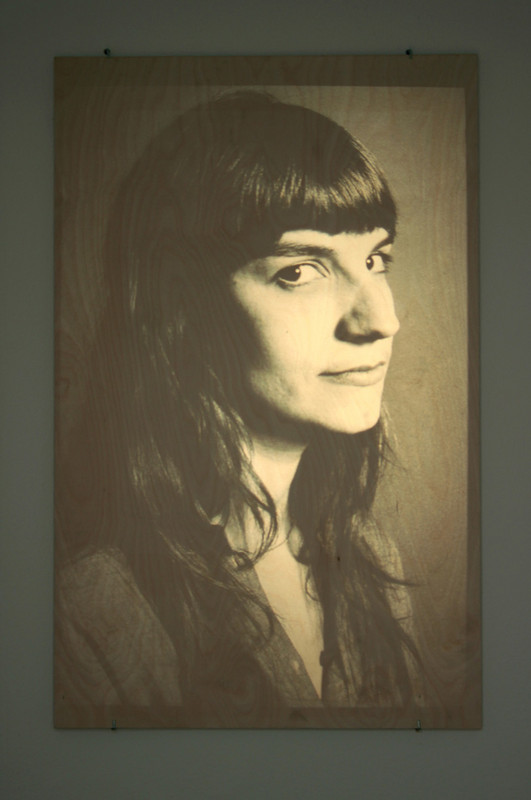 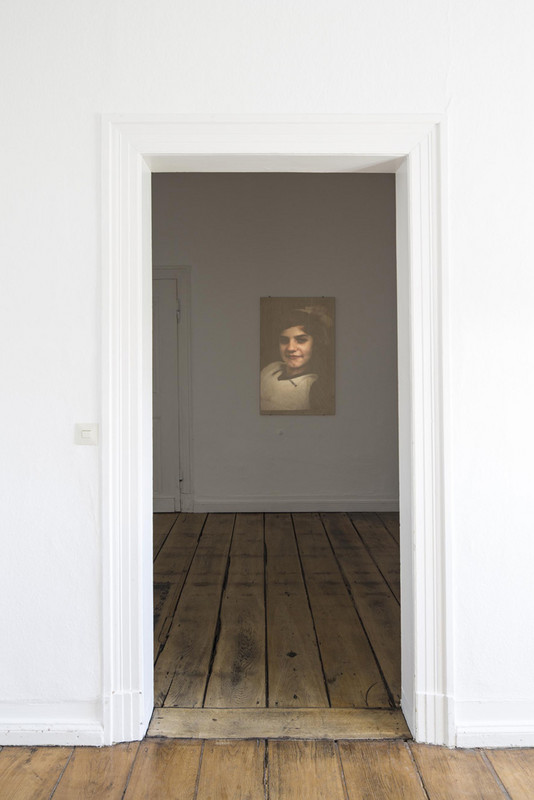 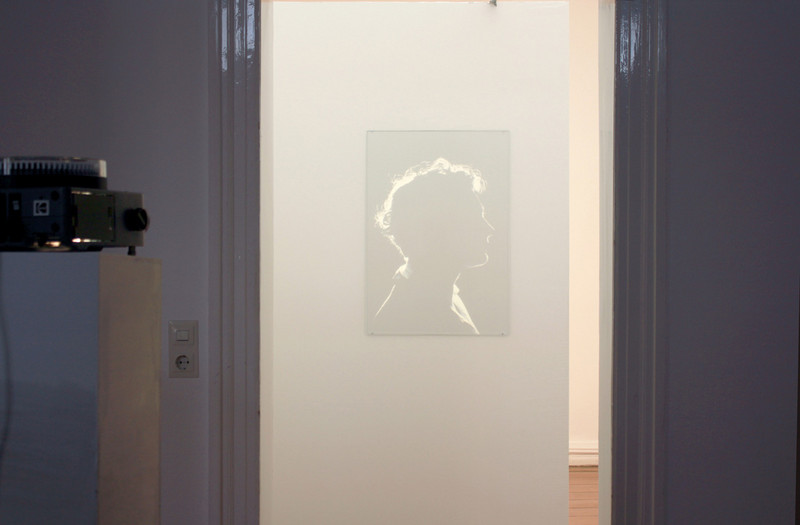 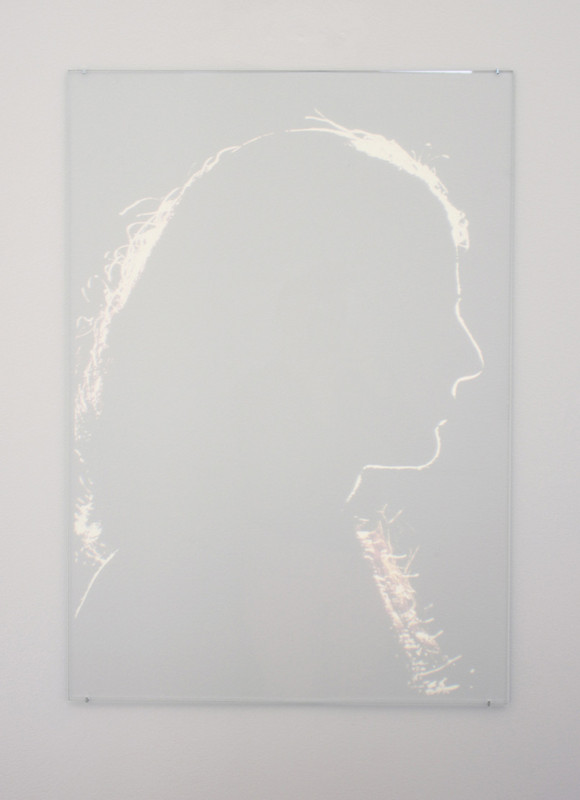 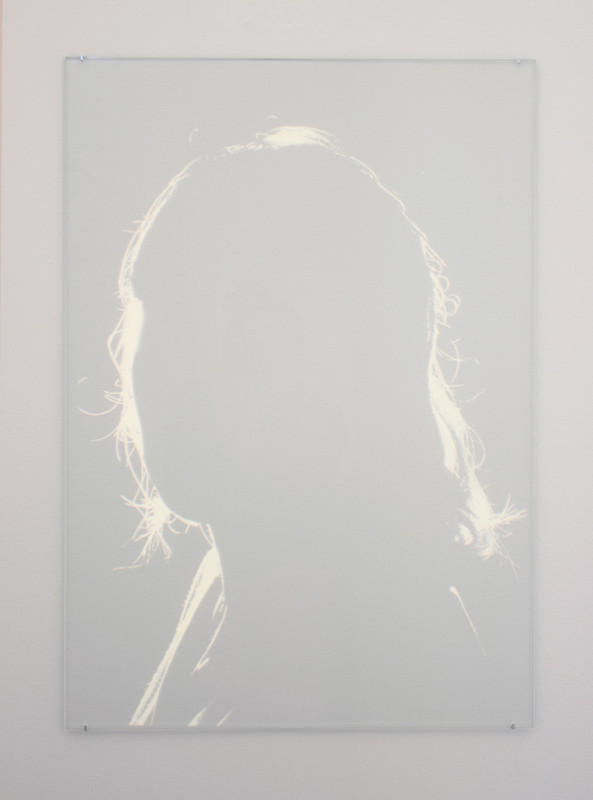 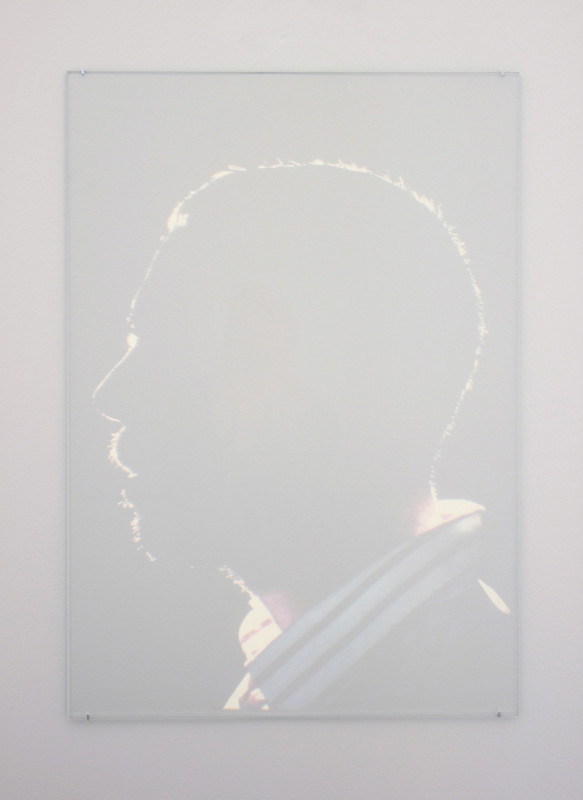 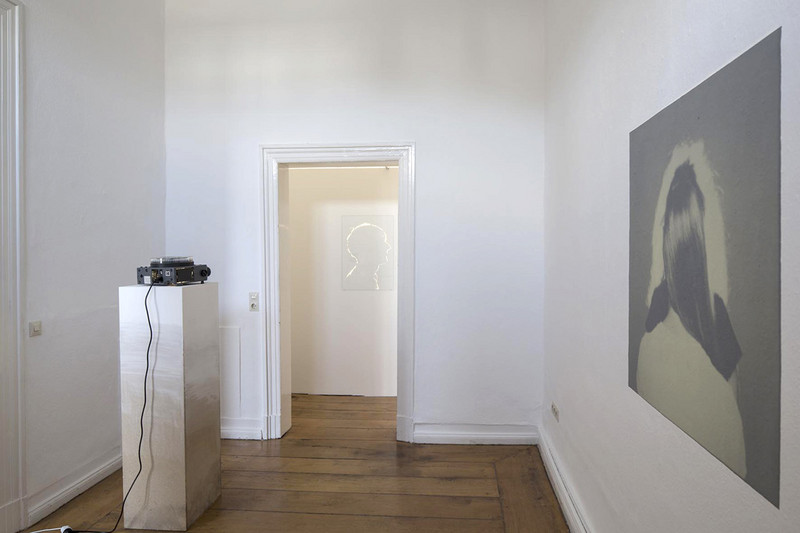 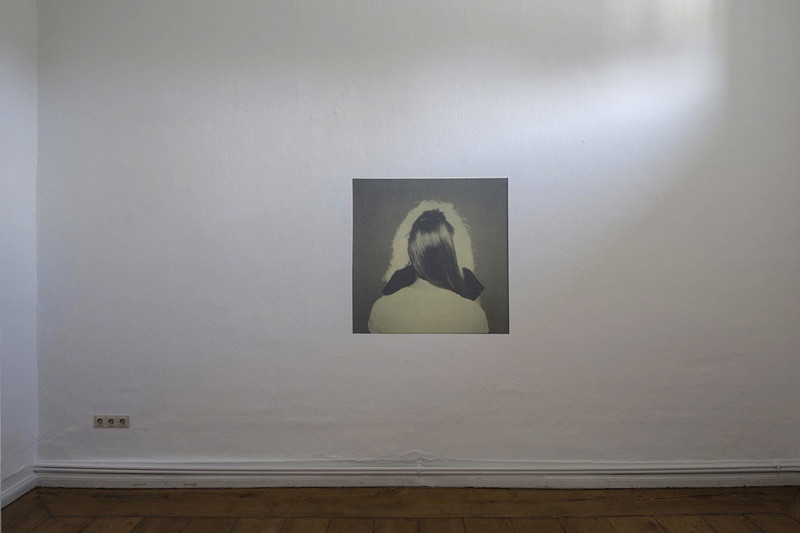 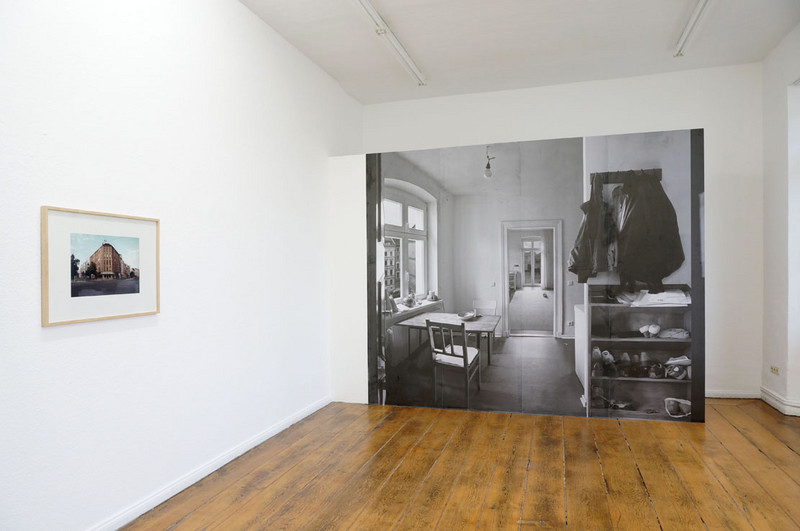 
Artist Nina Hoffmann directs our attention to what is essential: the people who are closest to her- her friends and family. Her photographic pieces for the exhibition, "wo sind wir jetzt (where are we now)", were shot in the last four years. The artist conveives of the portrait as a relationship between the photographer and the photographed subject.

For her slide show "Potential K", Hoffmann collects images of one of her closest friends: portraits, snapshots, and studio photos taken over the last 11 years. Hoffmann owns a vast archive of personal photographs, which often serves as a vibrant source for her work. "Potential K" is her attempt to enrich the portrait genre through diversity and to question the assumtion of truth. The work seems to say: we are many, every single one of us.

Hoffmann's work captivates, not only by its contextual warmth and closeness, but also through its presentation. In her work "wer sind wir und waren (who are we and were)" she projects silhouettes on a sheet of glass. "Alphabet KS" is a single black and white slide. Both projections are installed in natural light. With her use of technology, Hoffmann leads us to the question of how the image is generated: where is its source? Her formal decisions subtly underscore the substance of the works content: how do we find an image for each other?

Nina Hoffmann was born in 1980 in Spaichingen and lives and works in Berlin. As part of her art practice she occassionally puts together exhibitions around themes of her own artistic interest, for example, "I Put a Frame On You" at TÄT, (Berlin, 2010), or "Über Dich" at Galerie Kamm (Berlin 20,12).


In his exhibition at Kunstverein Arnsberg, Andreas Koch shows a new work, conceptualized especially for this exhibition. Koch turns his gaze to his immediate environment, his home, which he uses as an exemplary model in his study of perception in spatial situations. The two rooms in the Kunstverein, in which Koch shows his photographic and cinematic installations, provide the perfect stage for the artist’s work because they mirror the subject of the home. The way Koch’s fictional camera travels from the kitchen, through a door, and eventually as a reflection in a balcony window, also pursues visitors to the Kunstverein from one room to the next. Koch emphasizes the opportunity offered by a series of rooms with adjacent doors, placing them into infinity, and conterattacks his film with a large photomural on the opposite wall.

In his work Andreas Koch references a medieval, pre-perspective understanding of images. It is not the exact view of a camera that interests him; rather, his image worlds are hyper-real reproductions of found realities, simultaneously melding together different perspectives, memories and experiences. Thus, the works shown here are dream-like surreal constructs referencing movies by Michelangelo Antonioni, Michael Snow's famous film "Wavelength" or the paintings of Vilhelm Hammershøi.

Andreas Koch was born in 1970 in Stuttgart and lives in Berlin, where he works as an artist, writer, graphic designer, lecturer and publisher.