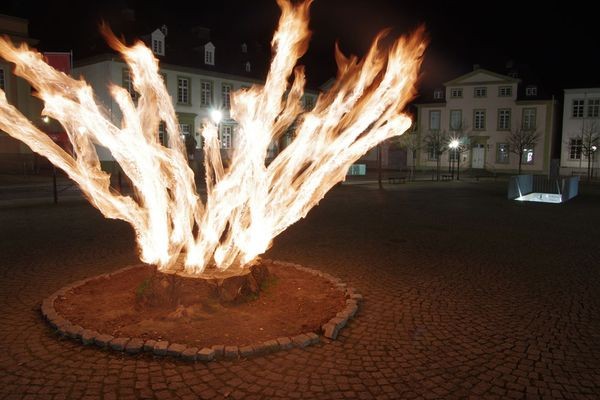 The artistic pratice of Yukihiro Taguchi is based on tempo, mobility and change. The contact with Taguchi leaves nothing as it was. He changes media as fast as topics and avoids any kind of artistic routine. His drawings, performances and videos are playful approaches to an inner calm which Taguchi finds only in the movement. His order is called chaos, his plan is improvisation. The energy of spontaneous decisions can be felt not only in the pictorial gesture, but also in his site-specific installations. His humorous staging of private and public space offers exciting insights of the casual everyday as well as exotic places. The skillful handling of painting, sculptural and filmographical media enables Taguchi the development of a rich narration and practice. The artist continues his experiments in Arnsberg, where he produces new works during and for the exhibition.

Yukihiro Taguchi was born in 1980 in Osaka and studied painting at the National University of the Arts in Tokyo. 2011 he had a solo exhibition at the Mori Art Museum, Tokyo and participated at the Havana Biennial, 2012. Taguchi was the founder of the legendary Cuvrybrache in Berlin-Kreuzberg.
www.kunstverein-arnsberg.de