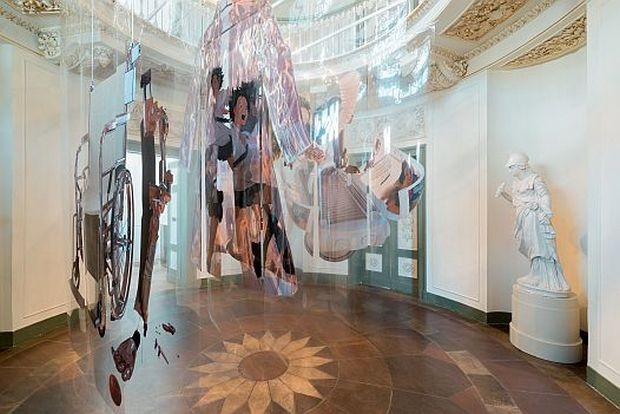 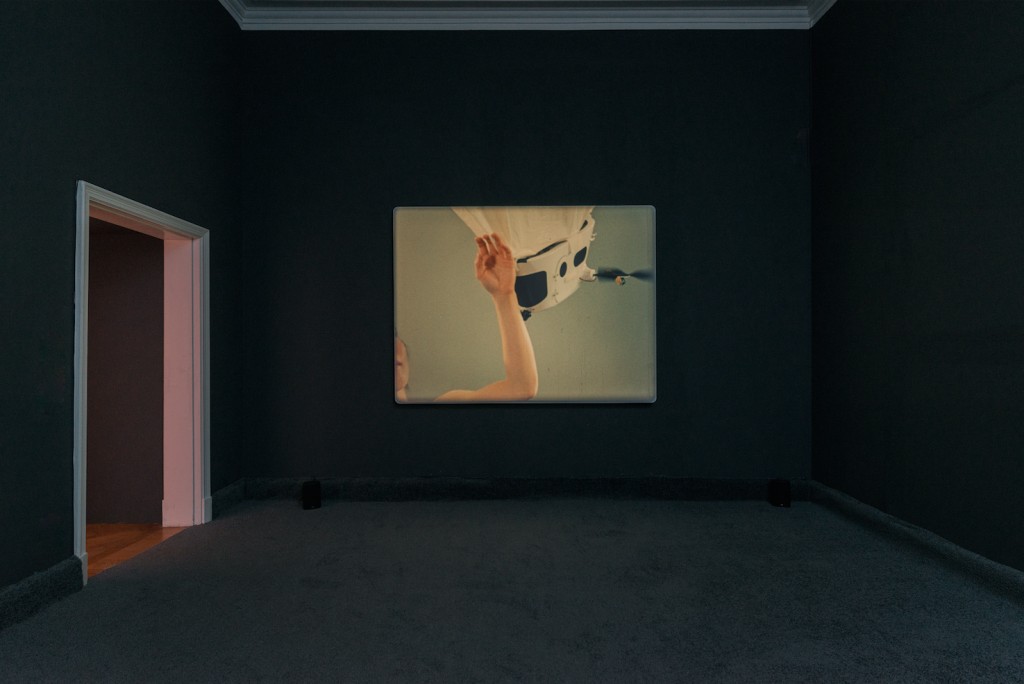 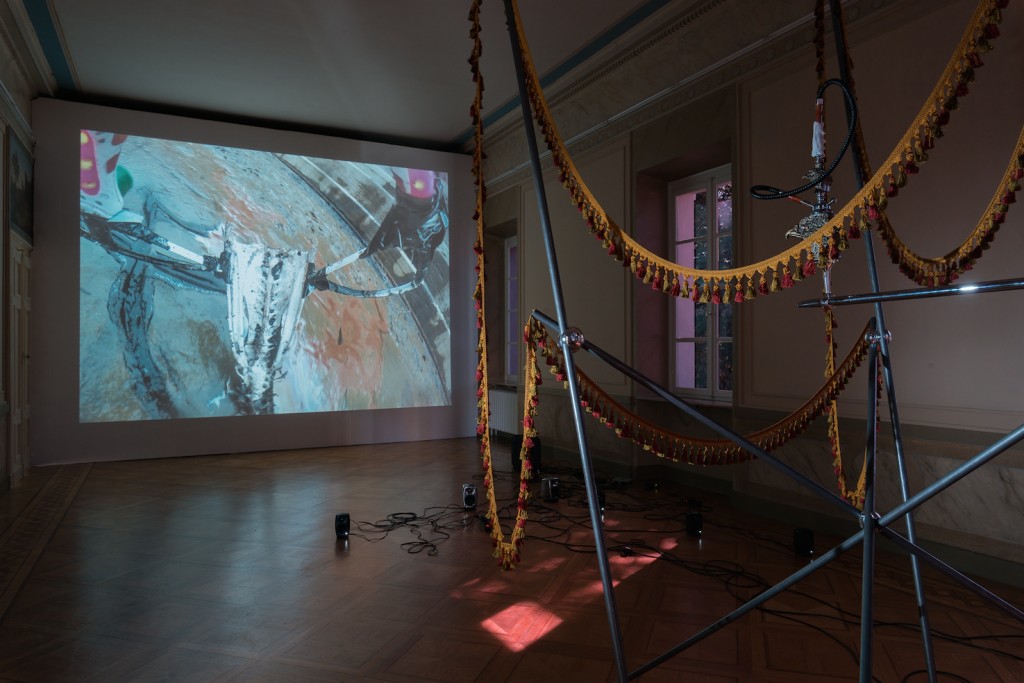 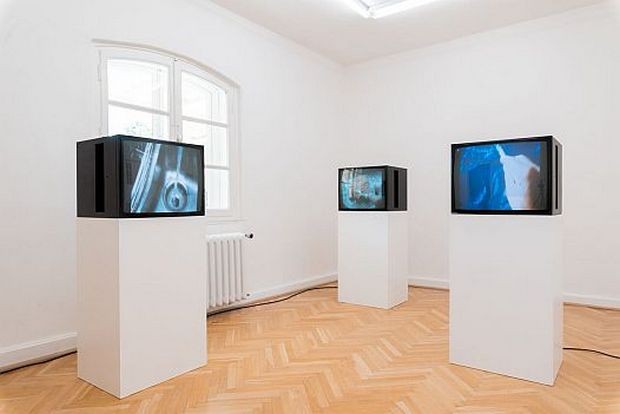 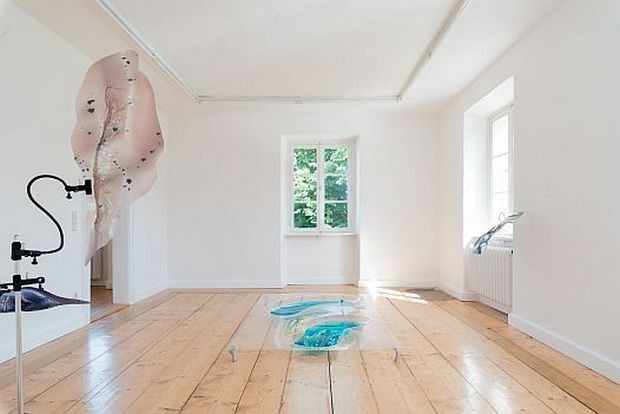 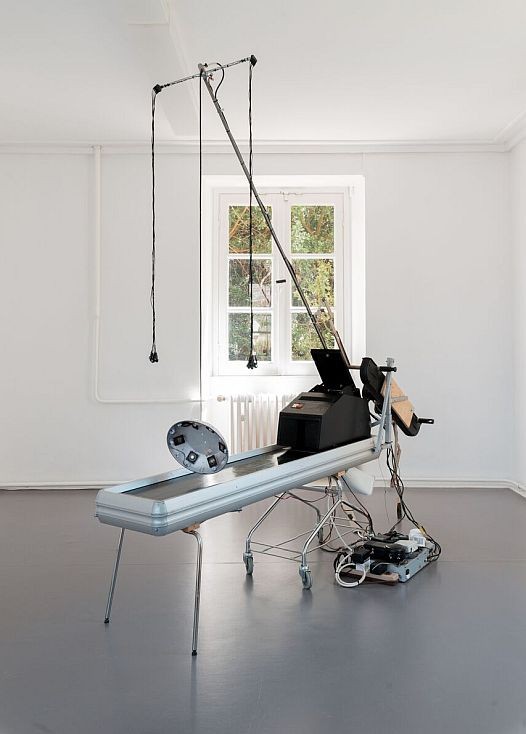 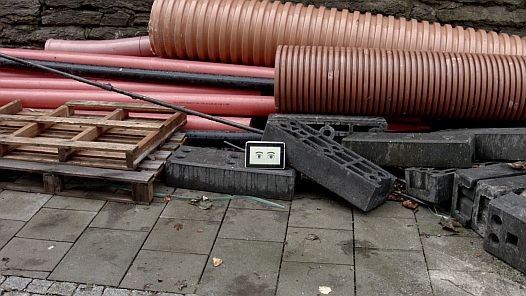 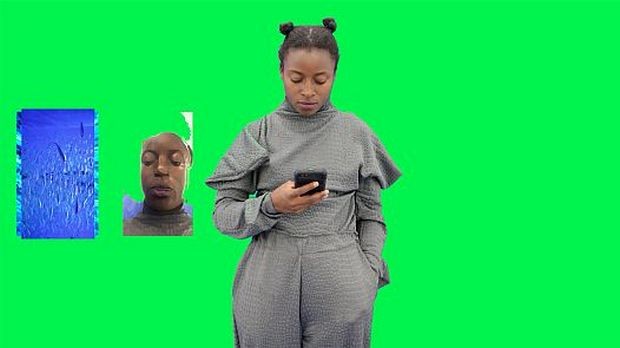 At the beginning of the 1970s, the filmmaker and artist Margaret Raspé (*1933) mounted a Super 8 camera to the visor of a hard hat, right in front her eyes, and recorded her own activities, such as dishwashing, painting and drawing. The camera, as an extension of the body, captured the direction of the artist’s gaze. When projected as a film, the viewer inevitably enters into the perspective of Raspé – they see and “move” with the artist.

The change of perspective coupled with the fusion of man and machine in Raspé’s work forms the starting point for the group exhibition APPARAT. Against this backdrop, the exhibition presents the interest of a younger generation of artists in apparatuses and machines, which have been worked through aesthetically and thematically or are already naturally integrated into the process of artistic production. Raphaela Vogel (*1988) uses drone techniques for immersive video installations, in which the drones, whose technical composition becomes a part of the environment, themselves become actors. The artist always appears herself as the protagonist in her videos, filmed from the bird’s-eye view of the drone. The film Soft Materials (2004) by Daria Martin (*1973) was developed at the Laboratory for Artificial Intelligence at the University of Zurich. Robots meet performers in a choreographed dance. The encounter raises questions about the extent to which machines take on the characteristics of humans and learn independently through experience. Sandra Mujinga (*1989) no longer makes a distinction between man and machine, real and digital, but rather lets the different planes meld together in her piece ILYNL (It’s Like You Never Left) (2016).

From the camera helmet of pre-digital times, to artificial intelligence, through to automated drones, the machine is seen in its manifold functions: as art producer, as the body’s extension in the sense of a post-human cyborg, and as an independent system, that develops its own narratives and immersive spaces.

Guestroom: Alexander Kluge
Films by Alexander Kluge will be shown, in which the writer and filmmaker pursues the topic of robotics and “human 2.0” in interviews with artists, neuroscientists and psychologists. As a comment on and contrast to the exhibition, artists and curators are invited to exhibit in the space, originally used as a guestroom in the Villa Salve Hospes.