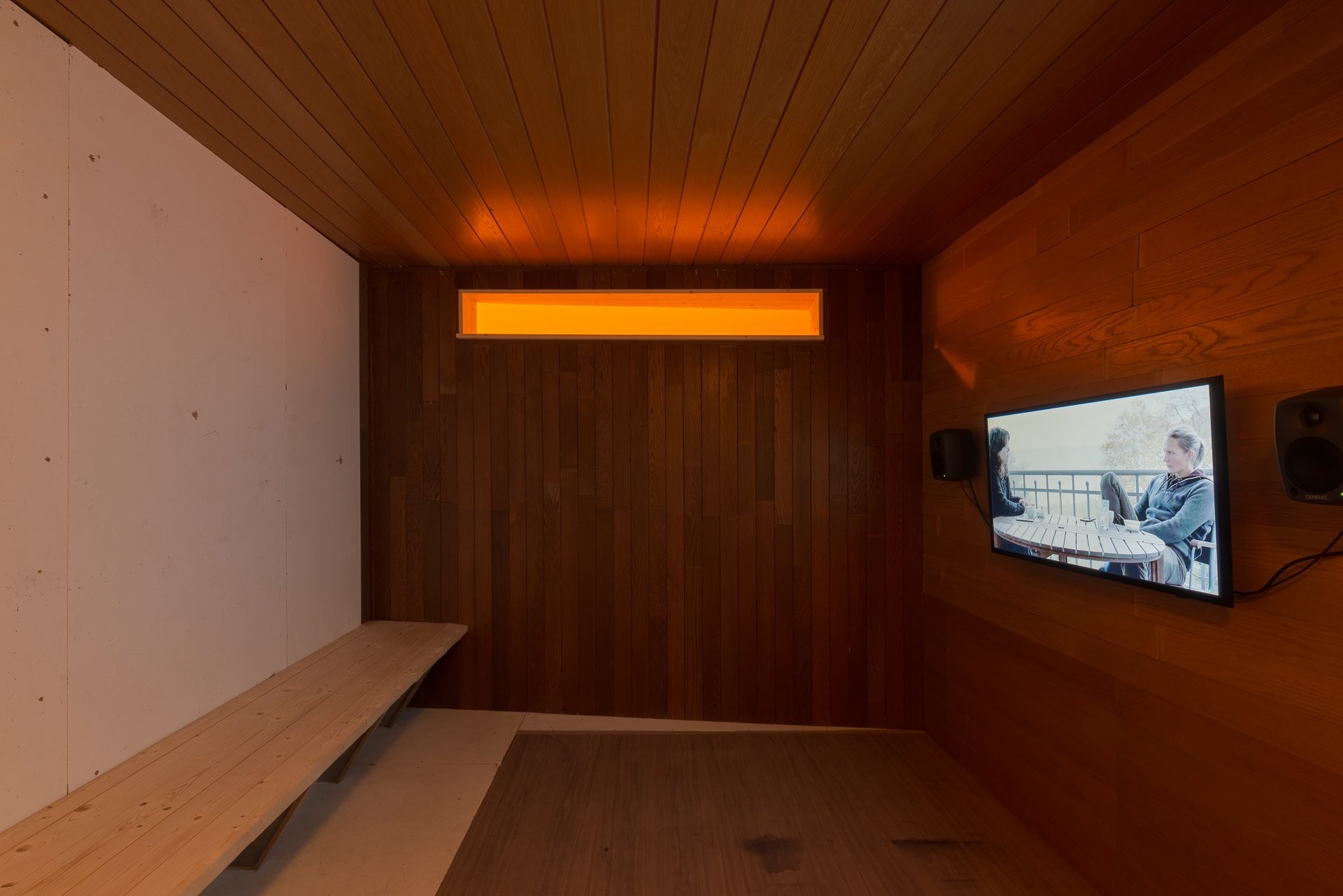 Richard Sides’ solo exhibition Dwelling is an installation spanning the Remise of Kunstverein Braunschweig and its exterior. The project centres around two freestanding inhabitable structures – an architectural folly and a makeshift hut. The folly – a purposeless, immersive decoration, is in opposition to a hut – a real place for habitation. The viewer is invited to enter the two inhabitable structures which screen Midnight in a Perfect World, a new multi-chapter video. Scenes shot across rural landscapes, derelict ruins, urban and domestic spaces serve as backdrops for quotidian conversation between a group of non-actors. In close proximity to the exhibition building’s exterior a site-specific sculpture alludes to a partitioning wall – space is enclosed.

The makeshift hut resembles the dwelling of a hermit. Historically the recluse lived minimally, apart from the world, or outside the circle of architecture. Today, is it merely urban doctrine that drives the anarchistic distancing from prevailing rules, conventional values, and imposed superior aspirations? Has the human desire to escape come to be commodified to embody another professional aspiration?

The work of Richard Sides (*1985 in Rotherham, UK, lives in London and Berlin) isn’t tied to a specific medium. Improvisation plays a key role in his practice. Recent projects include PURE HATE, Liszt, Berlin (2017); INVISIBLE WORLD, Carlos / Ishikawa, London (2016) and don’t blow it in the vector, Kunsthalle Winterthur, Switzerland (2014).