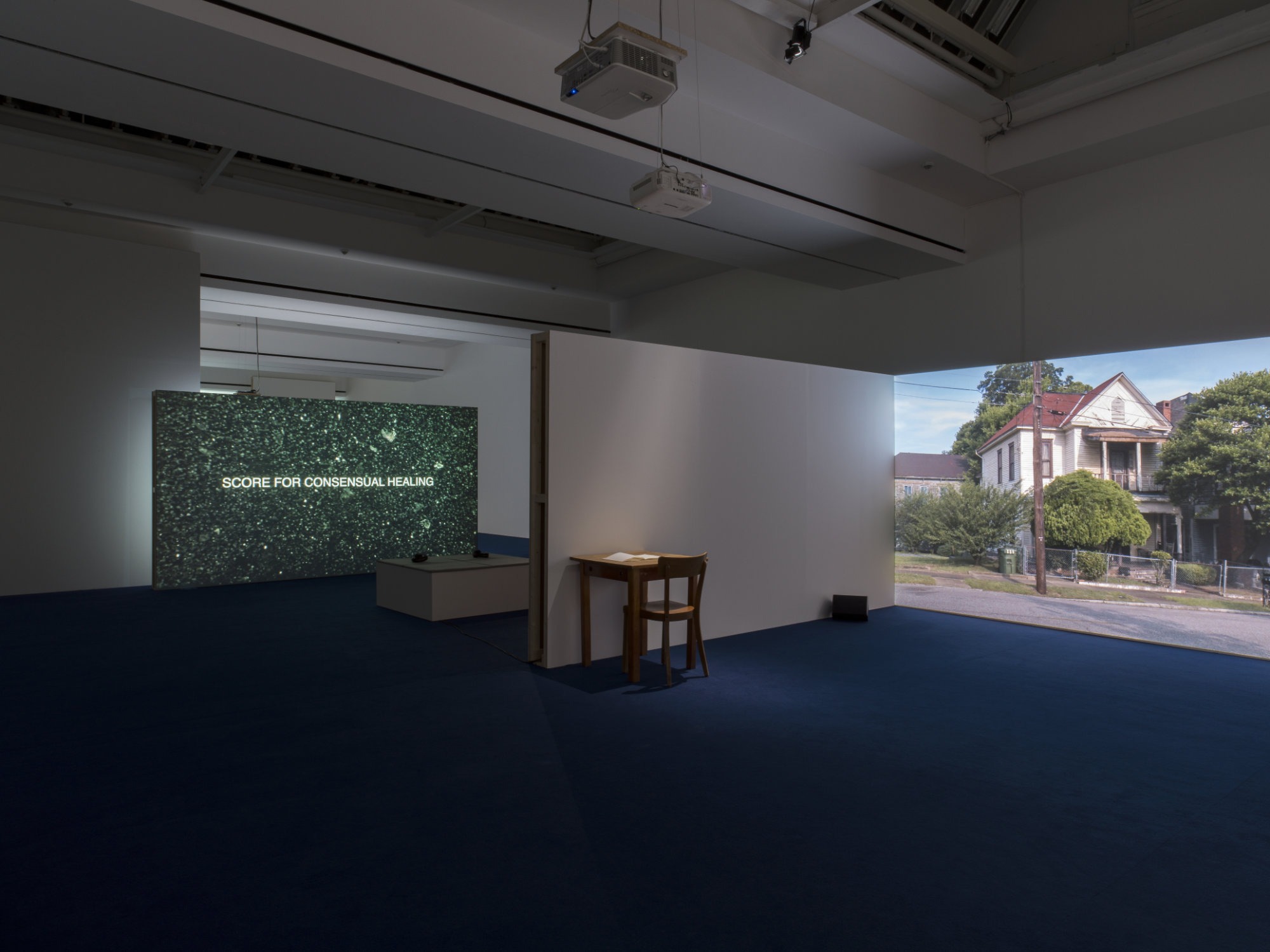 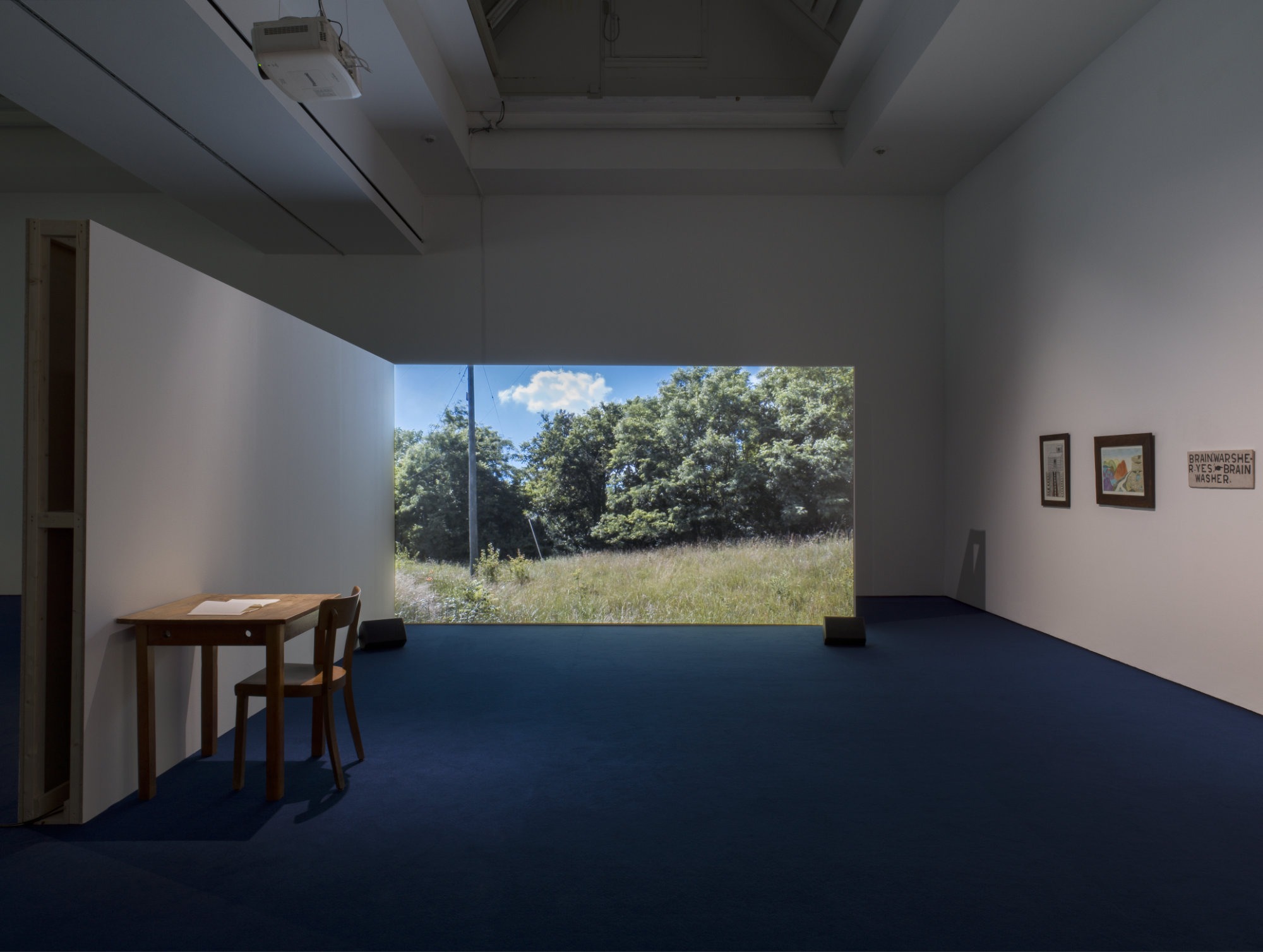 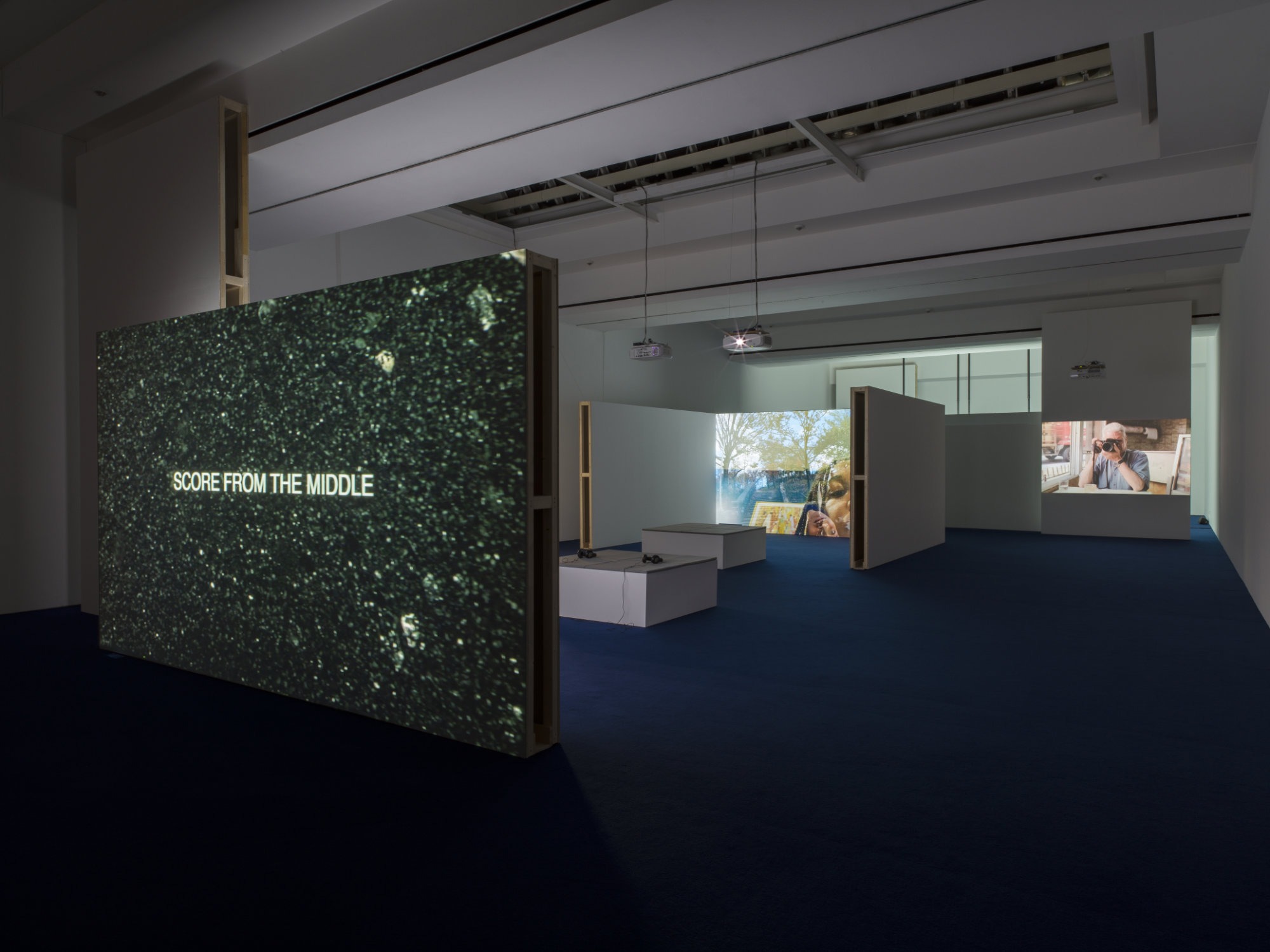 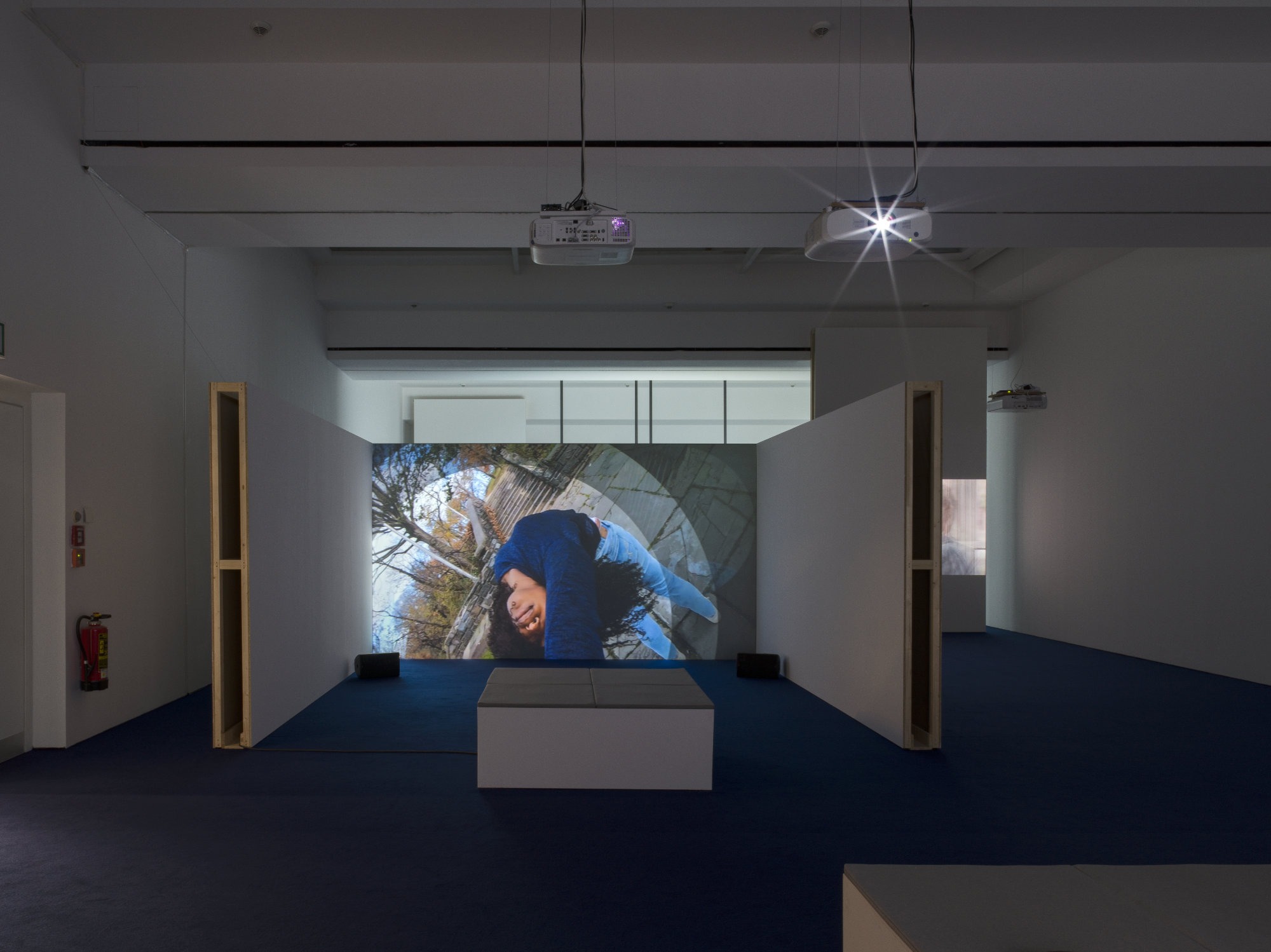 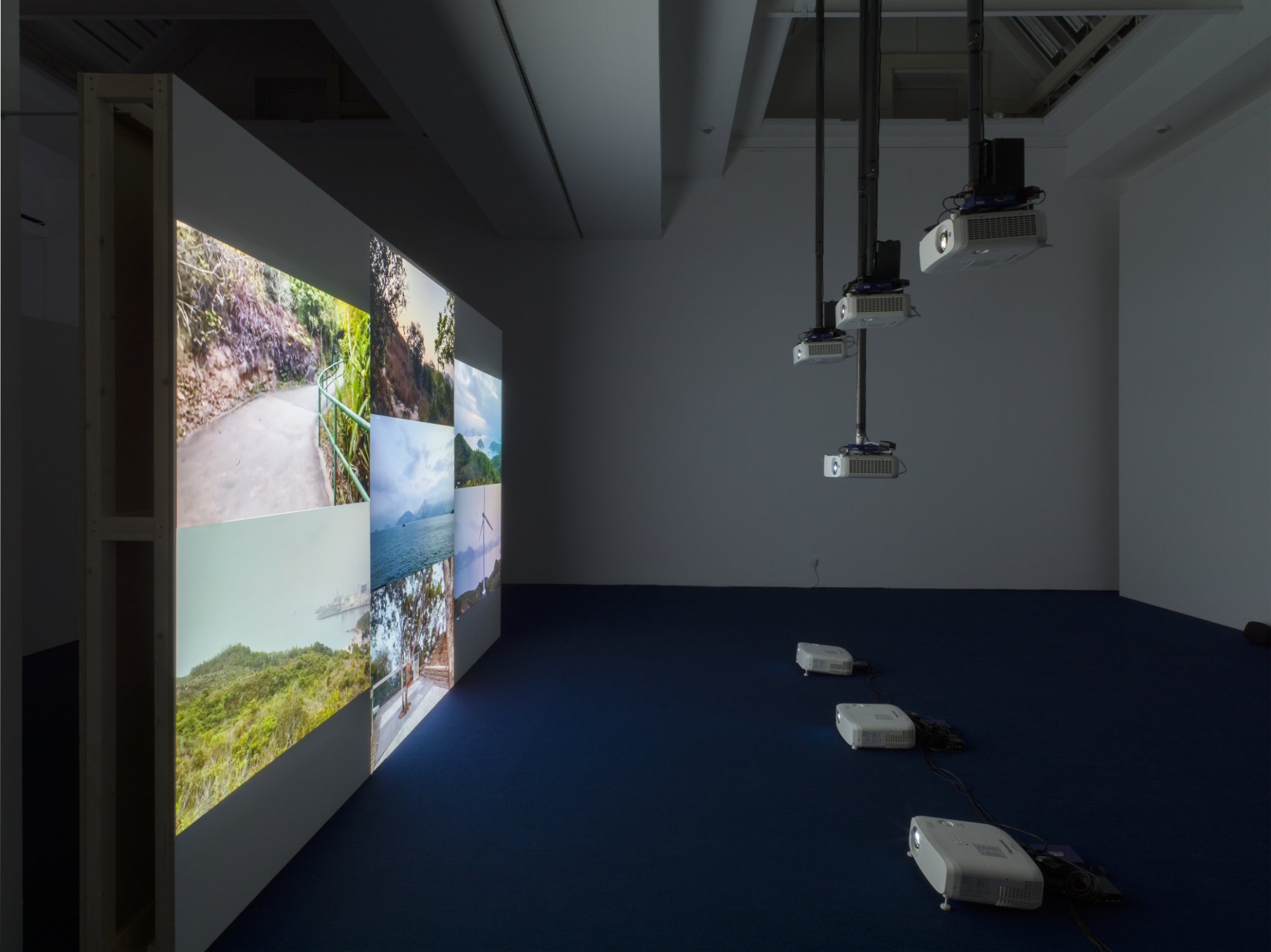 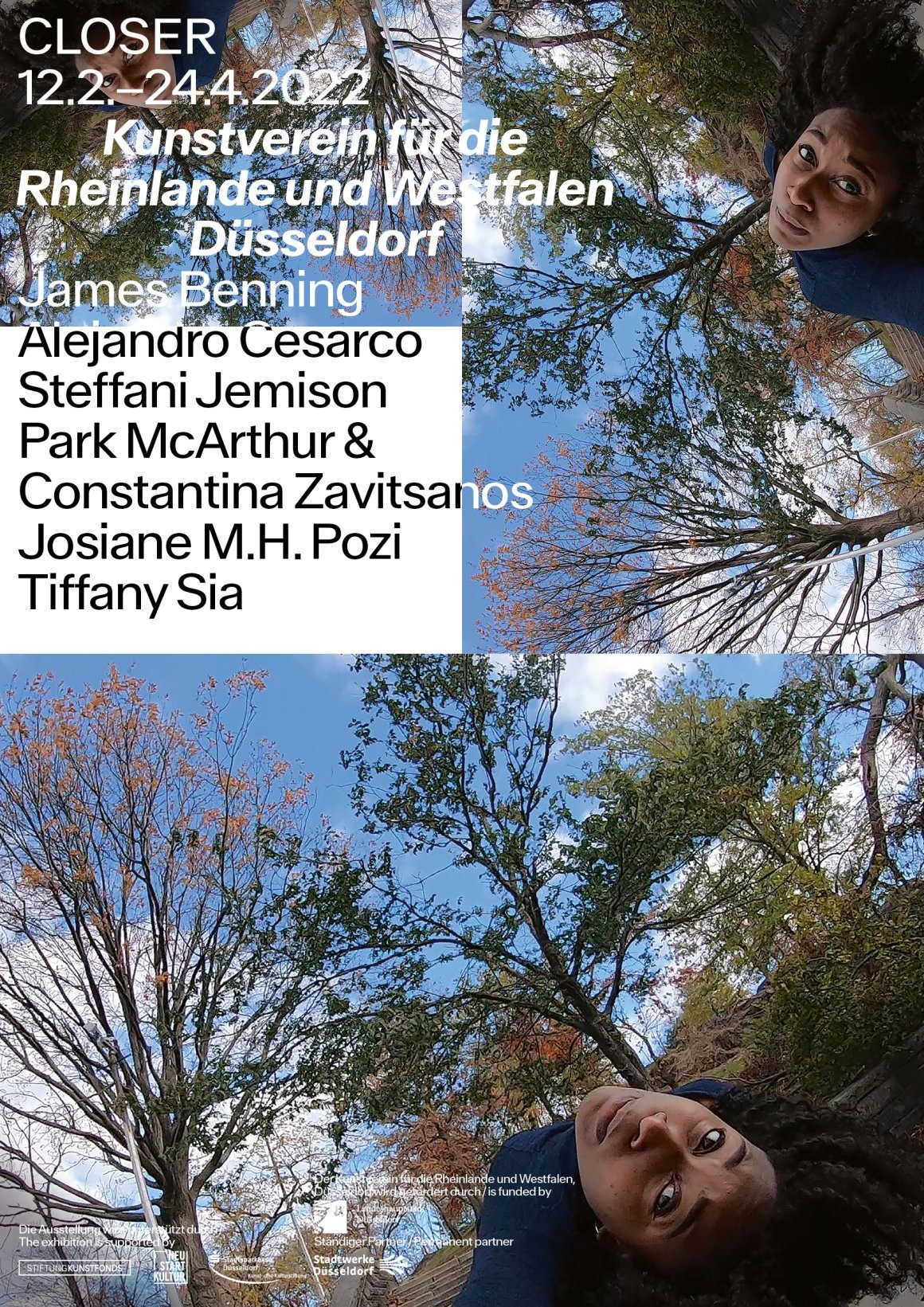 With CLOSER, the Kunstverein für die Rheinlande und Westfalen in Düsseldorf presents a video and film exhibition that negotiates relations of intimacy and touch between film spaces and the physical space of the viewer. The contradiction in the concept of intimacy—connoting reassurance and stability, but also control—becomes highly ambivalent when in the presence of a camera. Comprising both existing and newly conceived works, the exhibition provides space for moments of empathy and proximity between the viewer and the filmed, but also for the tensions and power imbalances that emerge when real experience is translated into an image. Conceptualized during the ongoing pandemic—in which it has been video technology that has so often provided a proxy for physical encounters—the exhibition explores the ability of filmed images to represent experiences of physical and emotional space and the limits at which they remain inevitably untranslatable and inaccessible. It both negotiates and interrogates recent reflections on the camera as an omnipresent proxy or stand-in for communication and interpersonal encounters, while also taking the same approach to the (apocryphal) promise of connection and immediacy that is implicitly inscribed into digital communication.

The idea of the proxy serves as the formal principle of the exhibition itself: scaled to the 16:9 aspect ratio of the films, uniformly sized projection walls structure the space horizontally and vertically, emphasizing the temporality of the exhibition architecture. On two dates—March 4 and April 1, 2022—two new works will be added with others departing, thus allowing for new temporal and spatial connections to be made during the exhibition’s run.

Based on long, continuous takes, the works in CLOSER largely follow only a loose script, at times evincing an unedited feel. The transfers and tensions that take place between the viewer and the filmed develop in a similarly direct and immediate way, largely through altered or deepened perceptions of space and time. This can have a range of implications: a sincere invitation to watch and listen, a highly focused and restrictive perspective that can only be escaped with difficulty, or a reminder that there remains an inescapable discrepancy between life and the digital grid.

CLOSER will be accompanied by a series of events that will be announced shortly on this website.