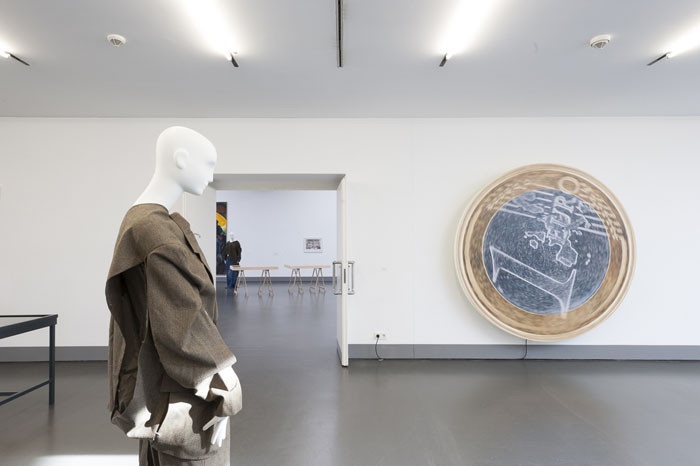 Additional publications and documents by Ian Burn, Marcel Broodthaers, Eberhard Fiebig, Helmut Rywelski/Galerie art intermedia, PSR and Seth Siegelaub, and about Prospect ’68 to ’71, a series of exhibitions held in Kunsthalle and Kunstverein Düsseldorf.

The relationship between art and commerce is a notoriously problematic one. A look at the art sections of the newspapers reveals that the media’s interest in art peaks only when record prices catch its attention. On the other hand, useful broad-based examinations of art’s current forms, themes and concerns hardly ever takes place in the media, a serious and knowledgeable discussion of its present-day aesthetic dimension or social role never. Art only seems to be worth writing about in the media when it is sold for a lot of money.

By contrast, however, art that sells too well is all too readily lumped together under the label “commercial” or – in the worst case – even called a sell-out. Economically successful art that pursues decidedly political or critical aspirations is met at the same time with immense mistrust on the part of the critics and non-commercial institutions. Marketability and critical potentials are apparently mutually exclusive from the outset. “Das Beste vom Besten” (The Cream of the Crop) is an exhibition that wants to intervene between these hardened fronts and explore the perhaps inextricably complex tension-filled relationship between true art and art as a commodity.

In retrospect, it namely becomes clear that art must paradoxically be brought to the marketplace and sold in order for it to become the art that we know it to be today. Its autonomy was bought dearly: Art first had to become a commodity and furthermore create its own market in order to become – naturally only comparatively – independent from its courtly and ecclesiastical patrons.

But this risky business seems to have been worth it. Art still profits from this tension-filled relationship today. It has been those artistic practices in particular that have explicitly been seen as critical, which have joined together in a productive reciprocity with the art market instead of joining forces in opposition to it. This can be seen in the history of Conceptual Art and its example clearly demonstrates the intertwining of aesthetic, economic and institutional interests in the course of its establishment as an artistic genre. Incidentally, fundamental chapters of this history were written in the Rhineland, decisively influenced by the willingness of Rhenish art dealers to take risks.

At present, the chasm between what is being speculatively merchandised on the auction market as the cream of the crop and the reality of the art business as experienced by the overwhelming majority of its participants is widening again. It is therefore urgent that the question be posed about what in fact makes up art’s value, something that is not only measured in terms of prices but also with a view to its significance. In the process, a generation of younger artists have long broached the theme of the diverse and hence often contradictory claims made on and the values assigned to art in their own artistic practice. And justifiably so: The task at hand is perhaps even to exacerbate these aspects in their variety – instead of always complacently accepting perennial best rankings and record prices.