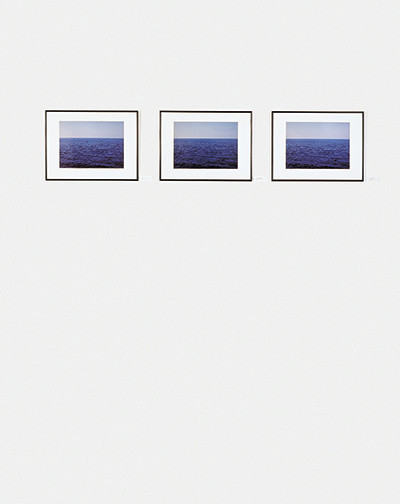 It is now more or less the exception when an art exhibition triggers a controversy. This is perhaps due to the fact that the educational aspect has now taken the place of the actual exhibition occurrence in museum and curatorial practice – with the result that art has for all intents and purposes vanished behind its explanation or that the explanation, and not the exhibited artwork, has become the true object of an exhibition.
Using the example of one of the most important presentations of the 1980s, one that was devoted to diagnosing its own times and predicting future developments, the Kunstverein für die Rheinlande und Westfalen is taking the opportunity of the Quadriennale Düsseldorf 2014 to ask about the possibilities inherent to exhibiting art or in experiencing exhibitions themselves, particularly when statements about progress and the future are made based on a topical survey of the things.

When the Les Immatériaux exhibition went on show at the Centre Georges Pompidou in Paris in 1985 after a preparatory period of several years, it set off a very controversial discussion. The public – which was very considerable not only in terms of numbers – was divided about the prestige project curated by Jean-François Lyotard (1924–1998), one of the most influential philosophers of the day. And professionals in the fields of art criticism and philosophy likewise largely disagreed about to how to assess this unprecedented museum enterprise.

Uncharted territory was entered with Les Immatériaux both in terms of its complex philosophical subject matter as well as with a view to the heterogeneous diversity of its exhibits and the meticulously dramatized scenographic form in which it was presented. Lyotard even comprehended the show developed together with co-curator Thierry Chaput and the exhibition architect Philippe Délis as a proper work in itself – as the experimental continuation of philosophy in the exhibition format. The exhibits were taken from all fields of knowledge and areas of life: Aside from several works of art – including pieces by Giovanni Anselmo, Marcel Duchamp, Dan Flavin, Yves Klein, Joseph Kosuth, François Morellet, Annegret Soltau, Philippe Thomas and Andy Warhol – technical natural scientific documentations and objects, music scores and architectural concepts, film and photo projections, music videos and robots, modular housing units and hi-tech devices that made a very futuristic impression at that time were also on view, some of which the visitors were also able to use.

Lyotard stated that Les Immatériaux was to address as large a public as possible. And yet the emphasis was not placed on the conventional explanatory approach to its topic that visitors were accustomed to but rather on the immediate, personal experience of the show and the subsequently triggered aesthetic (self) reflection. The individual works were consequently not labeled and the multi-part catalogue was a compendium encompassing textbook and index cards. Audio guides were made available to all visitors that, however, contained an autonomous, more or less composed text and sound collage.
Lyotard was not only concerned in this multifaceted staging with a preferably comprehensive survey of then topical forms of knowledge and their transdisciplinary representation but it was also presented at the same time as the prerequisite for a projection of mankind’s social, technological and cultural future deriving from a diagnosis of the present and which contains a utopia of prospective dealings with this material. In the process, the English translation of Lyotard’s neologism immatériaux as material can only inadequately depict the methodologically richly facetted tension field between materiality and immateriality which the exhibition broached.

The sheer abundance of the material and density of information, but especially the disorienting labyrinth-like parcours bathed in darkness meant an experience involving great uncertainty for the visitors. Lyotard made very deliberate use of this as an element of design and it surely is also one of the causes for exhibition’s divided reception and probably also the reason why the concept for Les Immatériaux ultimately never had any successors in this consequence.
But why should we occupy ourselves today – and in the form of an exhibition at that – with this exceptional show from the 1980s, a project whose very specific form has rightly remained unique?

Scholarly occupation with Les Immatériaux has also increased in recent years from the perspective of a history and theory of exhibiting that is now first taking shape. Aside from the show’s philosophical, time-diagnostical theme it is the exhibition format itself and its very special work character that has become the focus of interest.
The technological and cultural transformation of the world predicted in Les Immatériaux has long been reality. Immaterial digital technologies increasingly regulate how we experience and shape our reality – in fact even how he imagine it in the first place and realize these notions.
It is particularly for this reason that Lyotard’s emphasis on the personal experience and its aesthetic reflection seems in retrospect to be an important aspect of an exhibition on the historical model of Les Immatériaux that wishes to attempt to deal with present-day future perspectives, so to speak beyond tomorrow.
www.kunstverein-duesseldorf.de