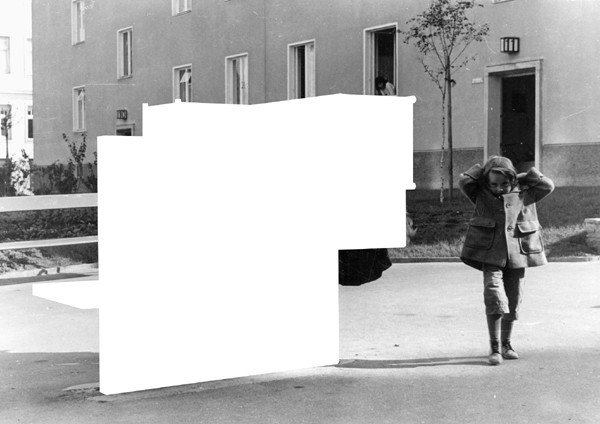 During the 1950s and 60s the city of Vienna established a large art program to shape up downtown public areas. Well-known artists created numerous sculptures for playgrounds called ‘Spielplastiken’, which were intended as artistic works as well as usable objects for children to play with. In the context of the reconstruction period after World War II these playground objects combine a strict minimalistic design with a fancy approach incomparable with anything else in Austrian art produced during that time. Today almost all of them are gone. Based on the still existing drafts of the ‘Spielplastiken’ Sofie Thorsen generates different collages and murals focusing on their utopian architectural design, the innovative relation between open-minded and practical art as well as the social aspect of the ‘Spielplastiken’.
www.kunstverein-duesseldorf.de