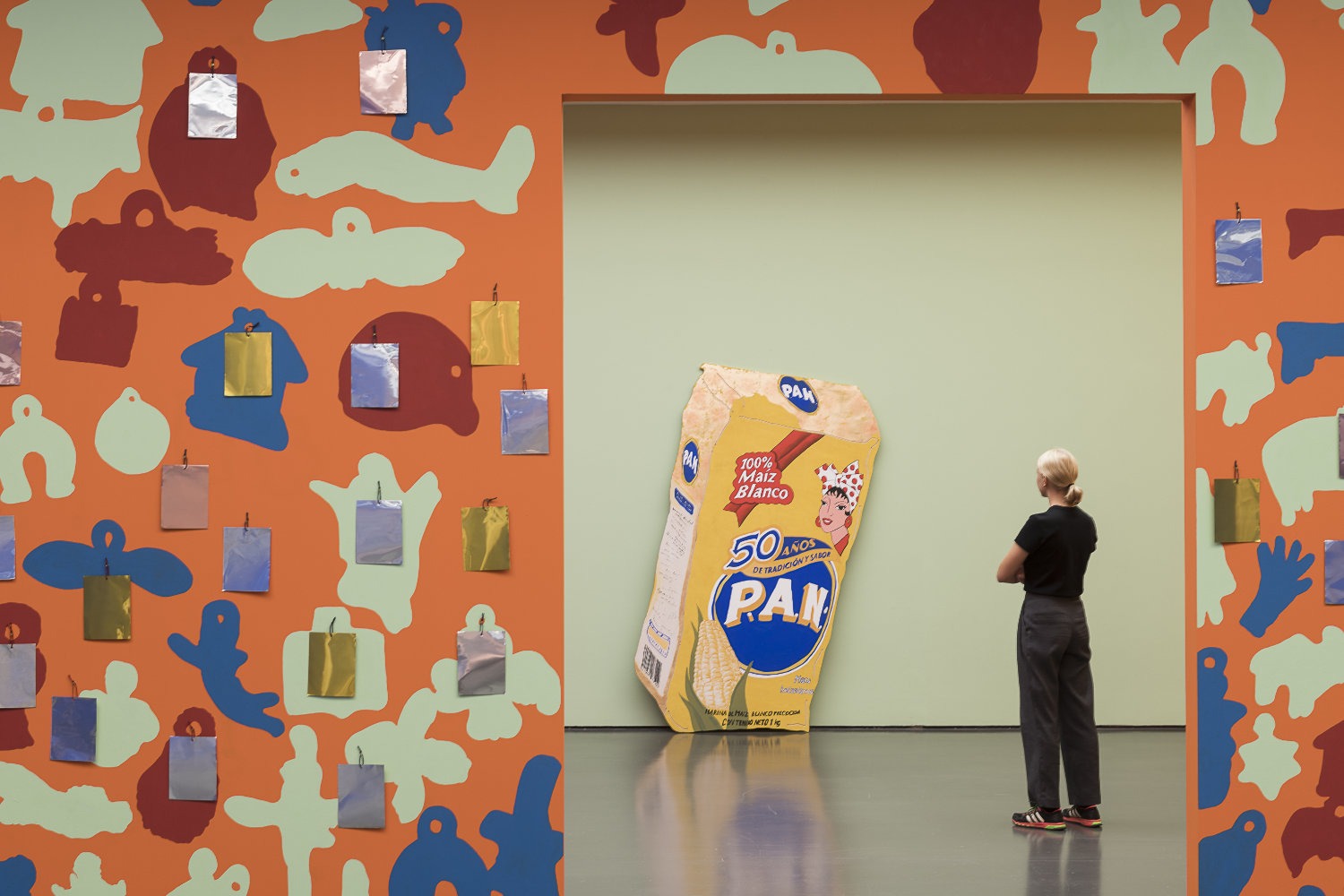 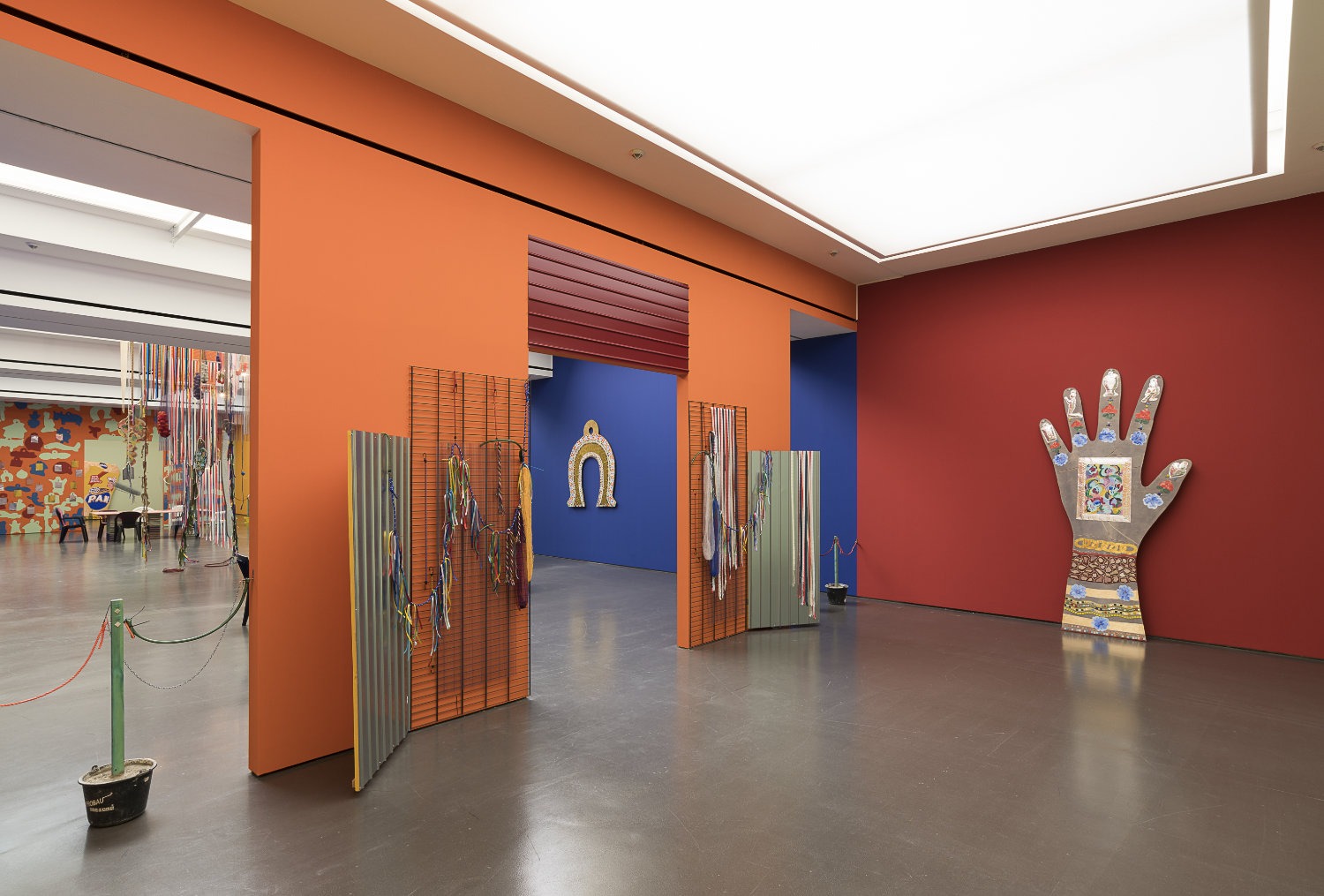 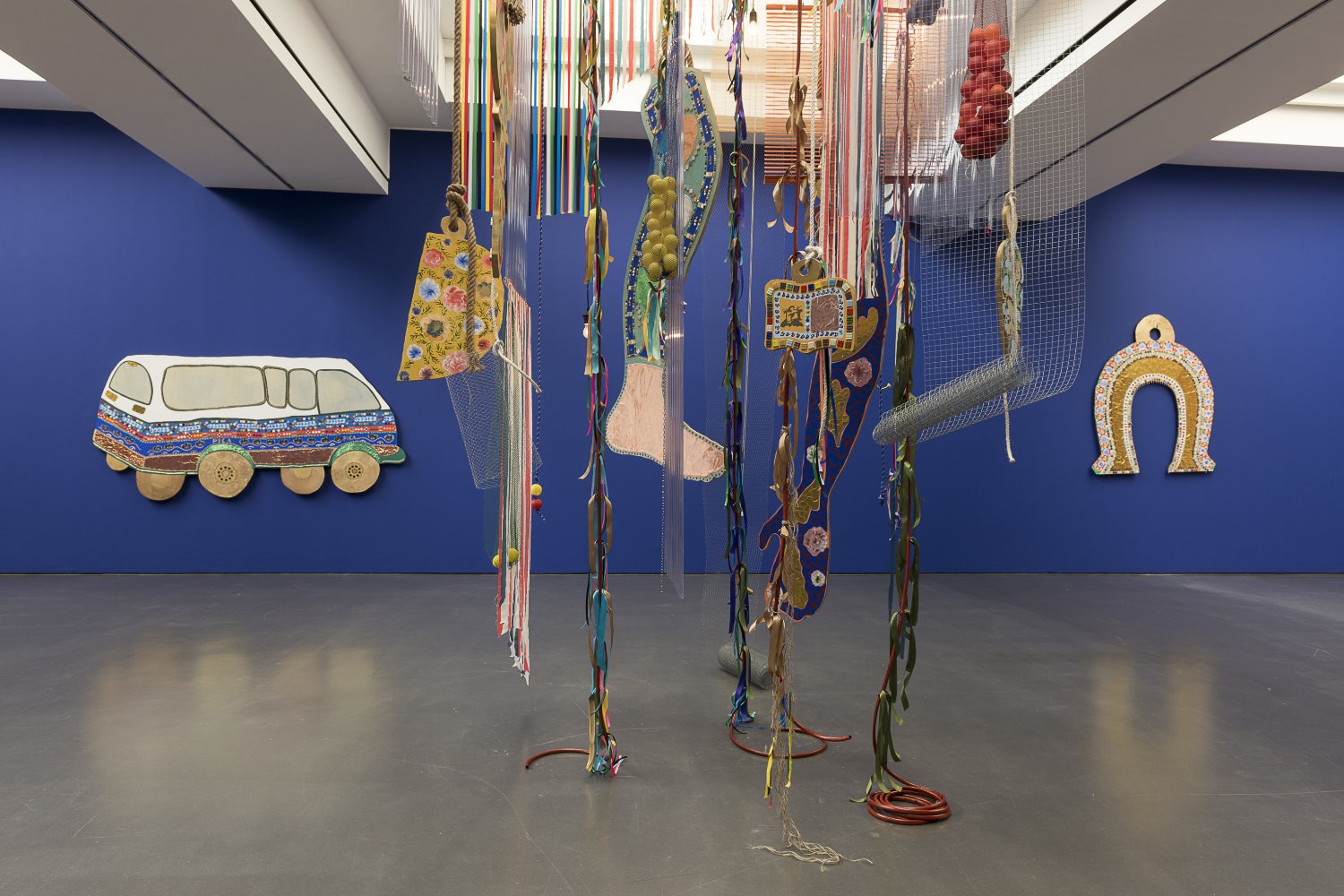 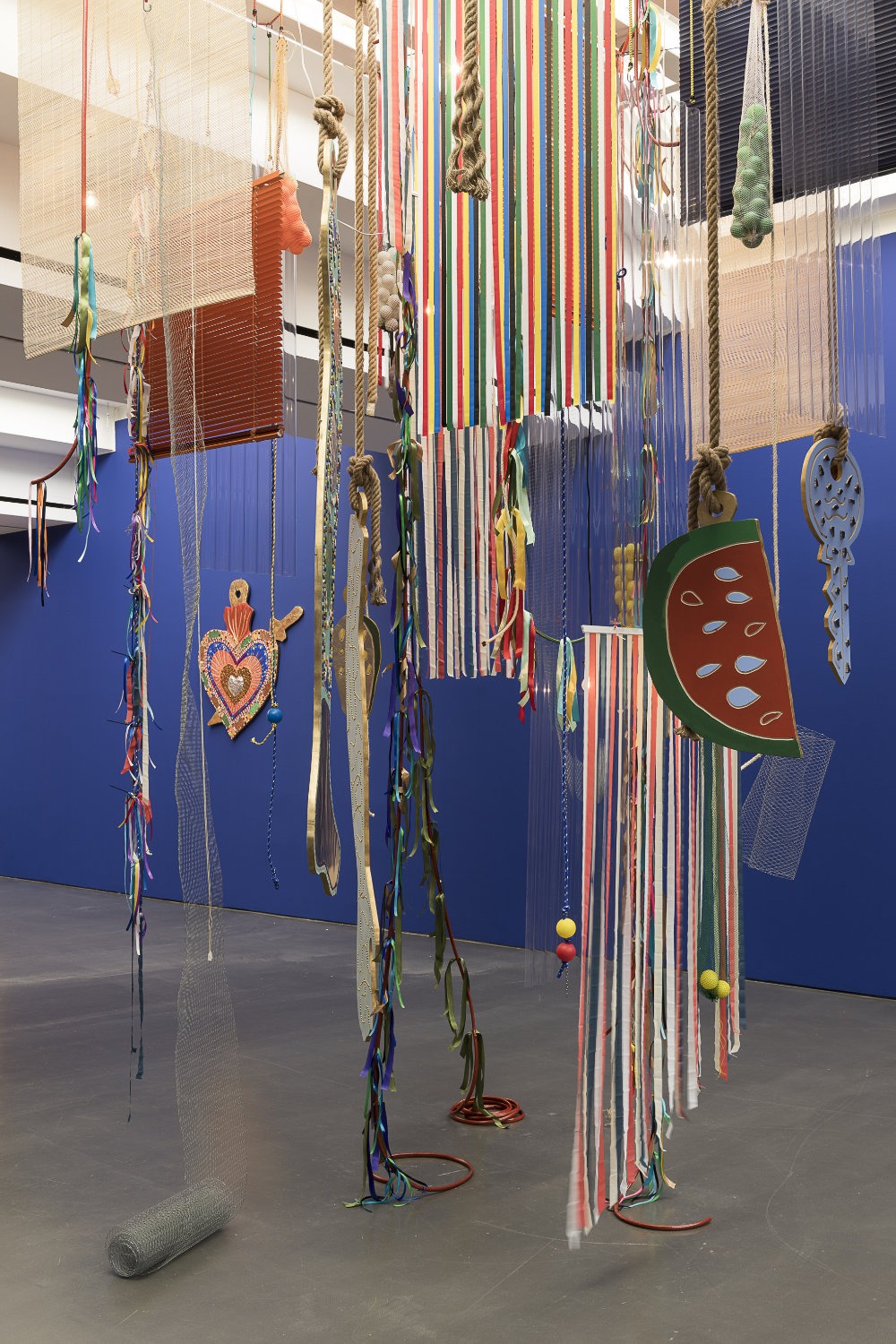 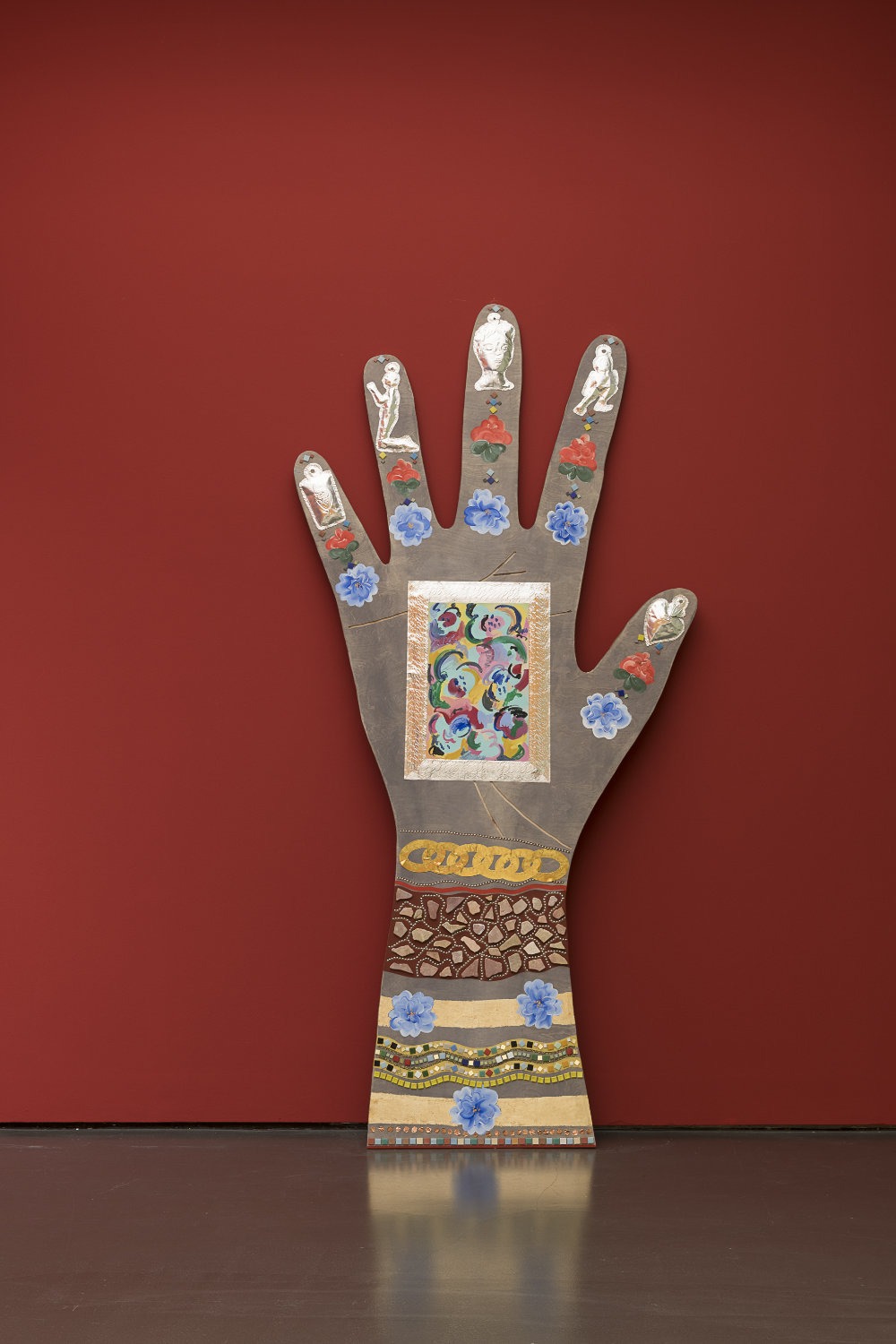 Kunstverein für die Rheinlande und Westfalen, Düsseldorf is pleased to present Pica Pica, a solo exhibition by Venezuela-born, Berlin-based artist Sol Calero. Over the course of the past years, Calero has explored cultural codes, communal environments, and image production in Latin America and of the Latino communities living in migration. She transforms exhibition venues into immersive and colorful spaces of collective practice: the beauty salon, the dance class, the school, or even the setting of a telenovela, are all scenarios that she has recreated, exposing how the construction of a common paradigm is mediated by, and inseparable from, the social fabric where it is woven.

The title of her current show, Pica Pica, refers to a legend that occurred under a Lagunaria patersonia tree in Venezuela (a tree colloquially referred to as the Pica Pica tree, Spanish for ‘itchy itchy’, due to its irritating seeds). The legend tells of a shepherd named José Zambrano who falls ill and lies down in the tree’s shade to die. Another shepherd, who had just lost his cattle, sees him and surrounds his corpse with branches. He promises him a proper burial if he finds his herd. After he succeeds in finding it, he returns to keep his word. Up to today, it is believed that the Pica Pica tree with Zambrano’s resting soul is a site of granted miracles. Pica Pica became a saint-like figure of devotion, and the tree a popular place of pilgrimage, where people bring so called Milagritos (Spanish for ‘little miracles’) in return: small, often self-made object-like representations of their wishes in form of a hand, a house, or a car.

At the Kunstverein Sol Calero takes her personal memories of a chapel dedicated to José Zambrano – El Ánima de Pica Pica as the point of departure for a new body of work. The chapel was located on the way to her grandmother’s house in the Venezuelan countryside. To be granted a safe journey, one had to stop and pay respects. The interior of the chapel was full of Milagritos offered by devotees. In reference to her own memories, Calero turns the exhibition space of the Kunstverein into a utopian Pica Pica house and invites visitors to participate by creating their own representations of wishes and desires. Not at least in moments of such battering socio-economic crisis as Venezuela is suffering now, the transformative power of such spaces is of particular importance for the social negotiation of the current political reality.

The exhibition is accompanied by an extensive program of lectures, guided tours and an artist talk. The dates will be announced soon.