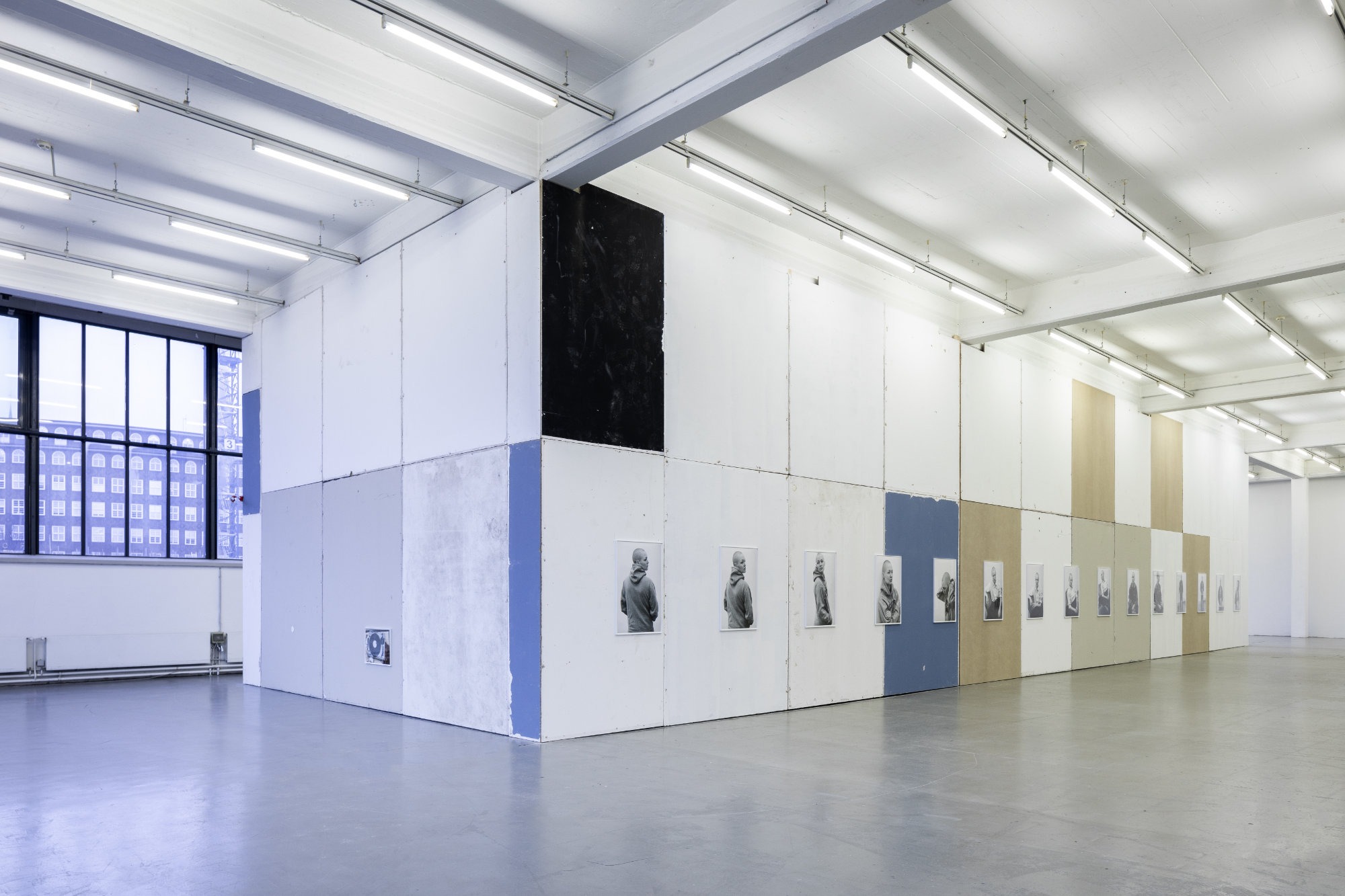 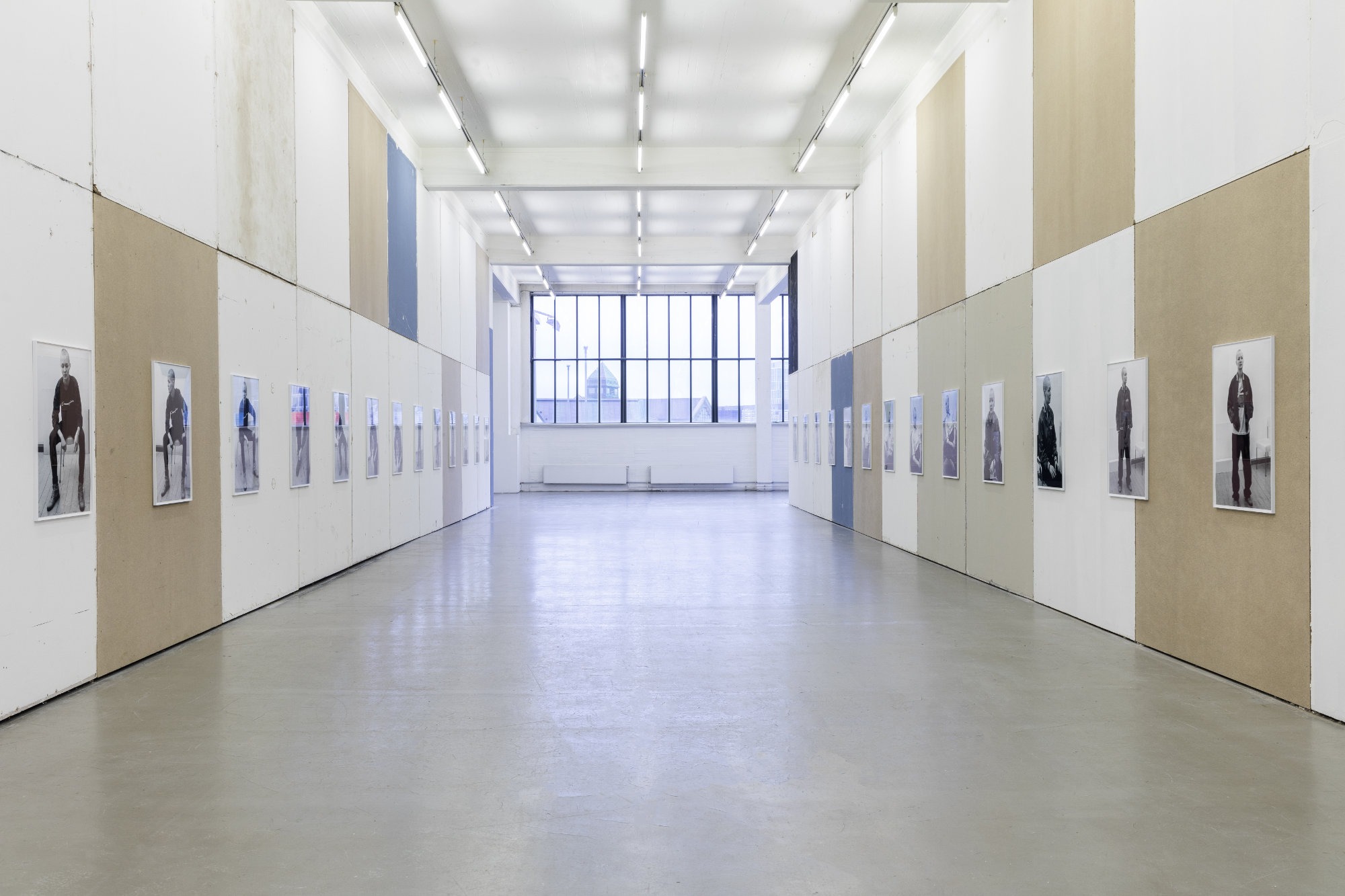 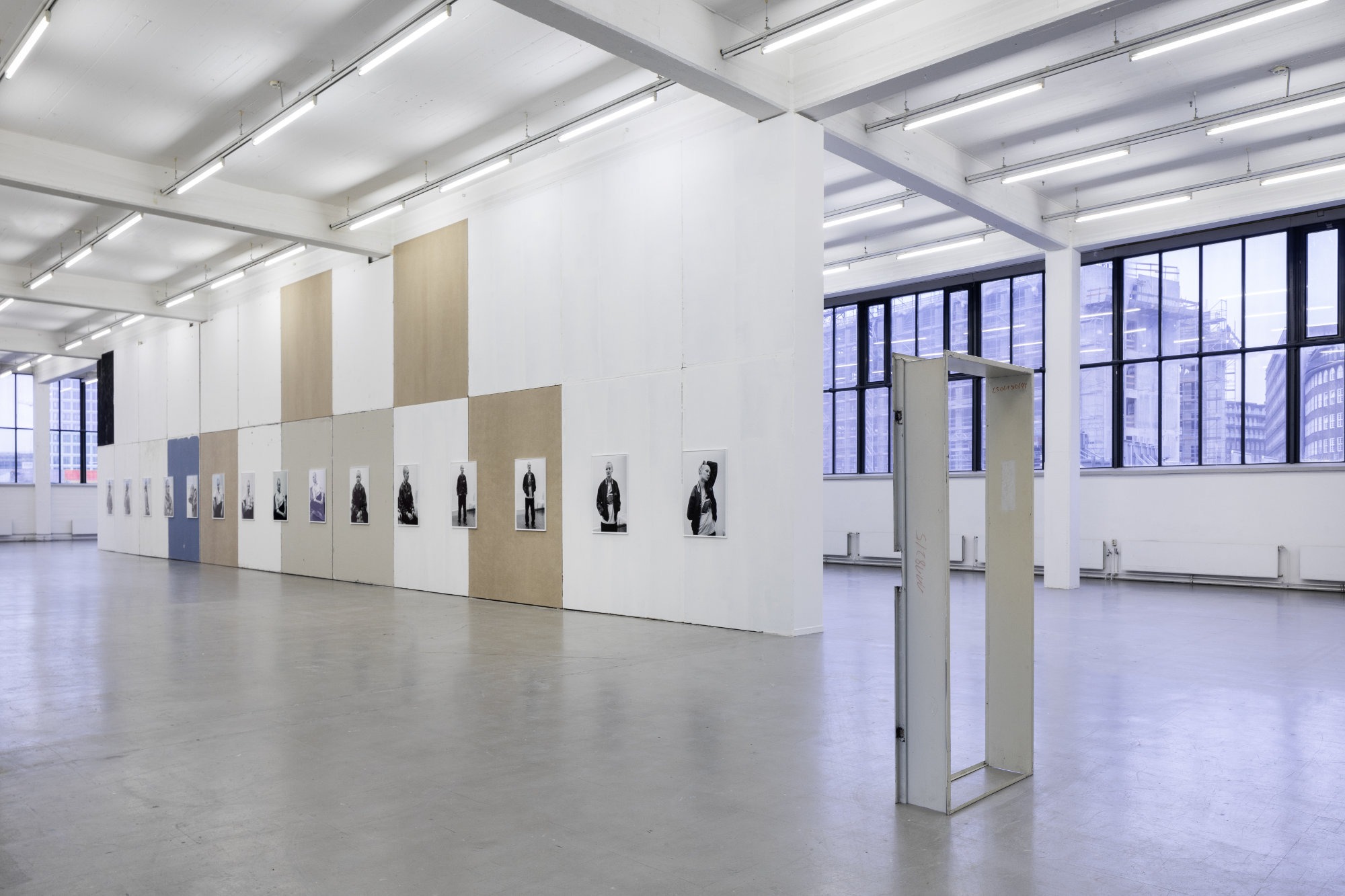 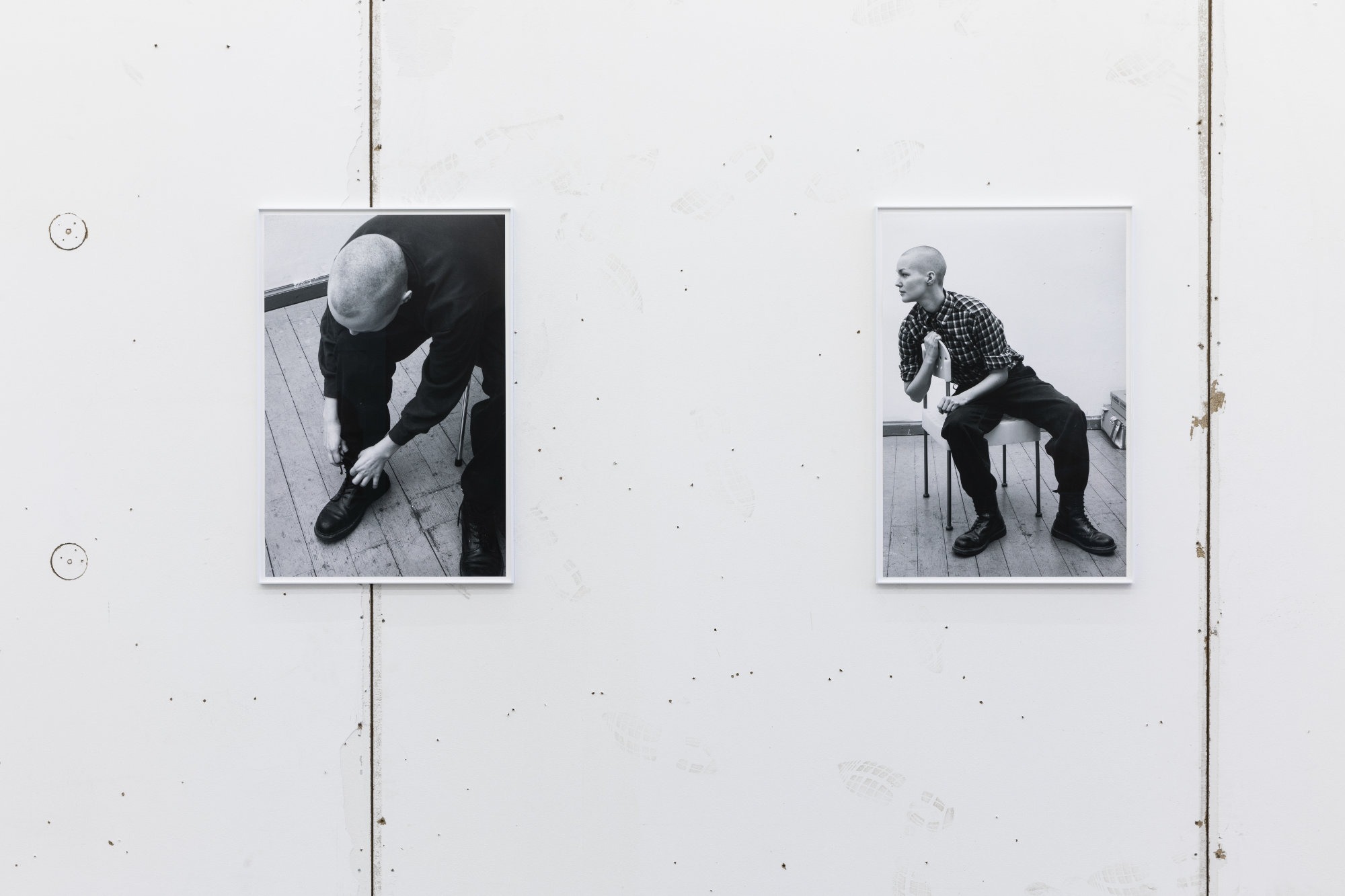 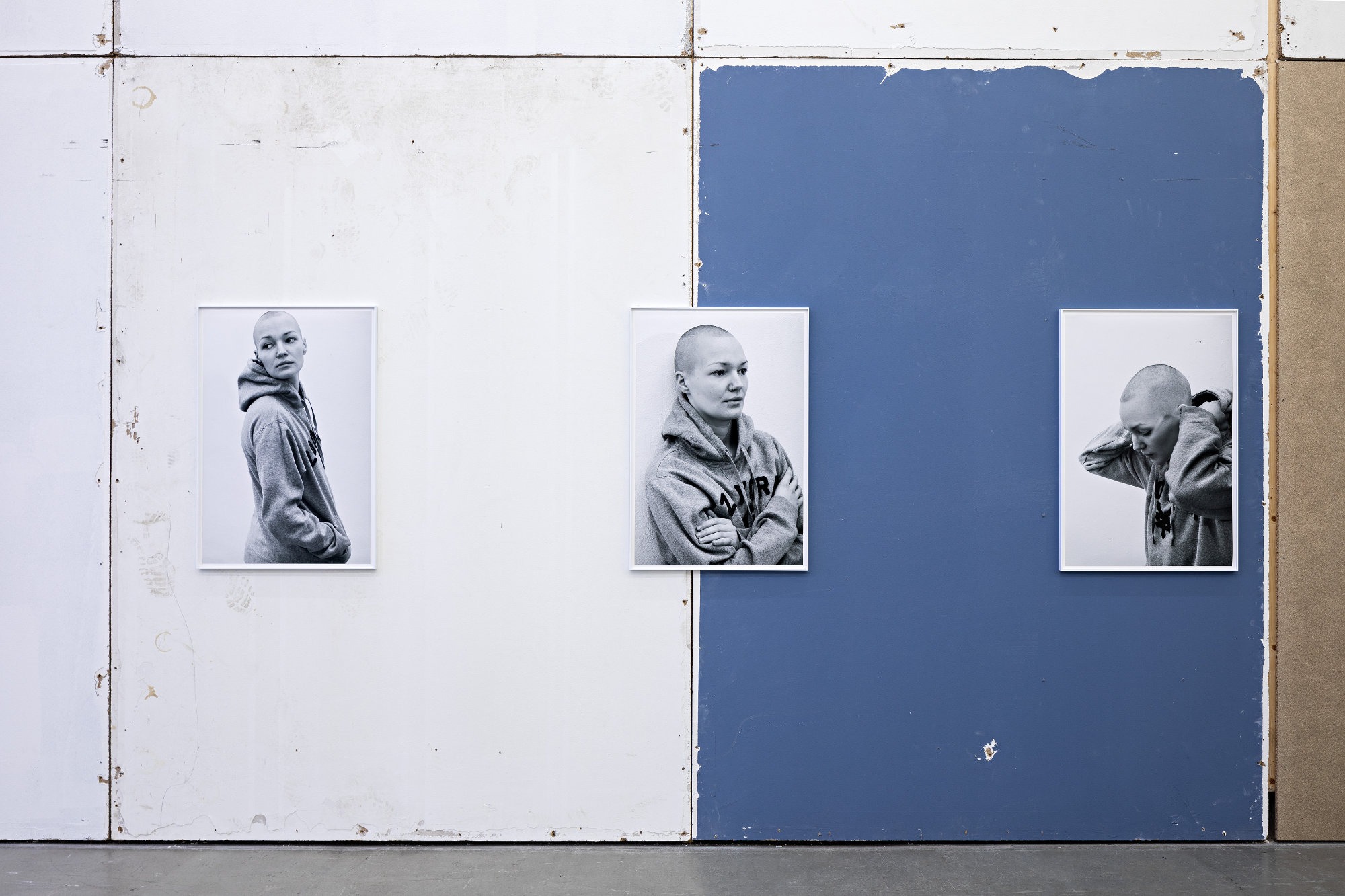 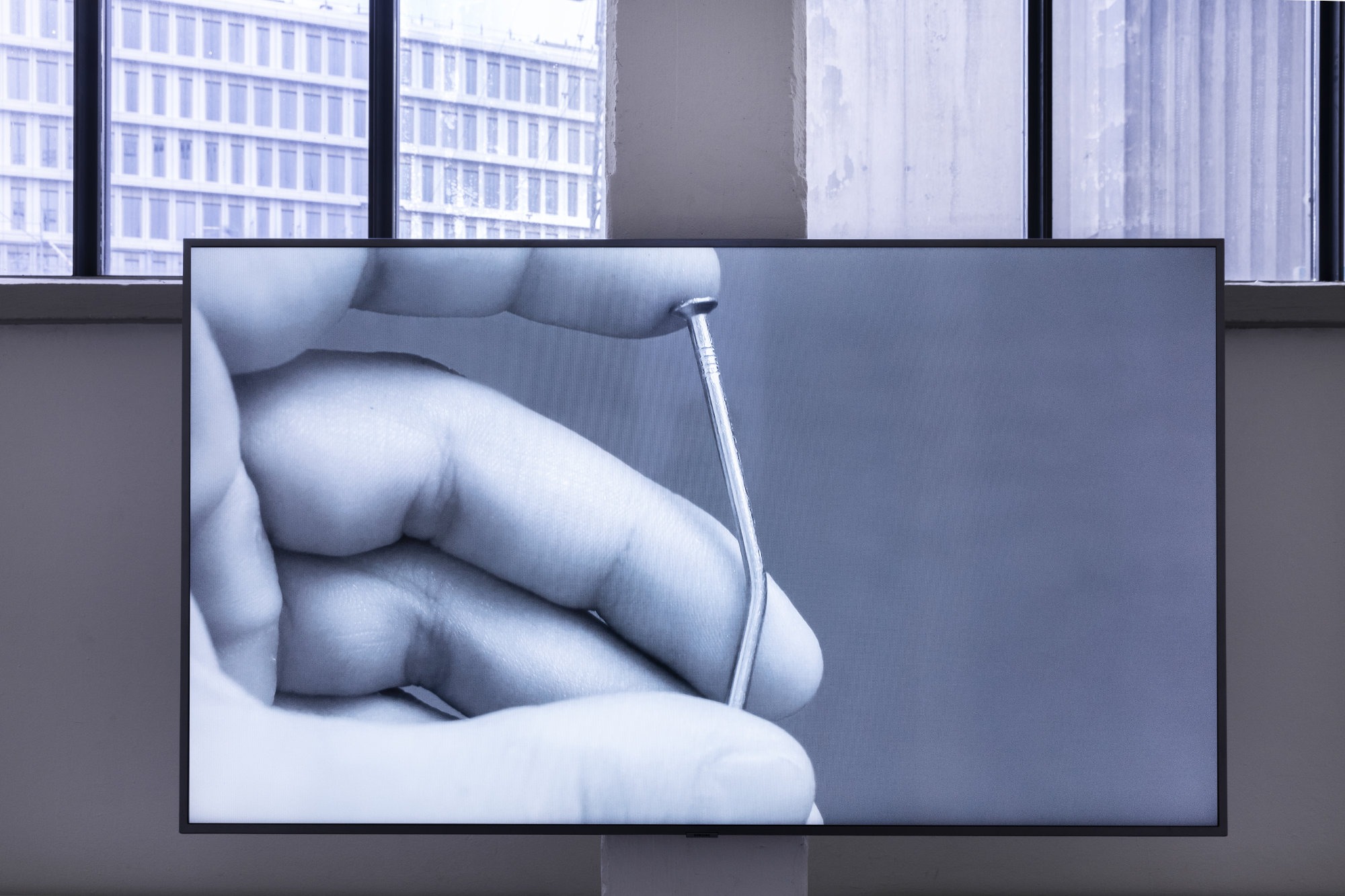 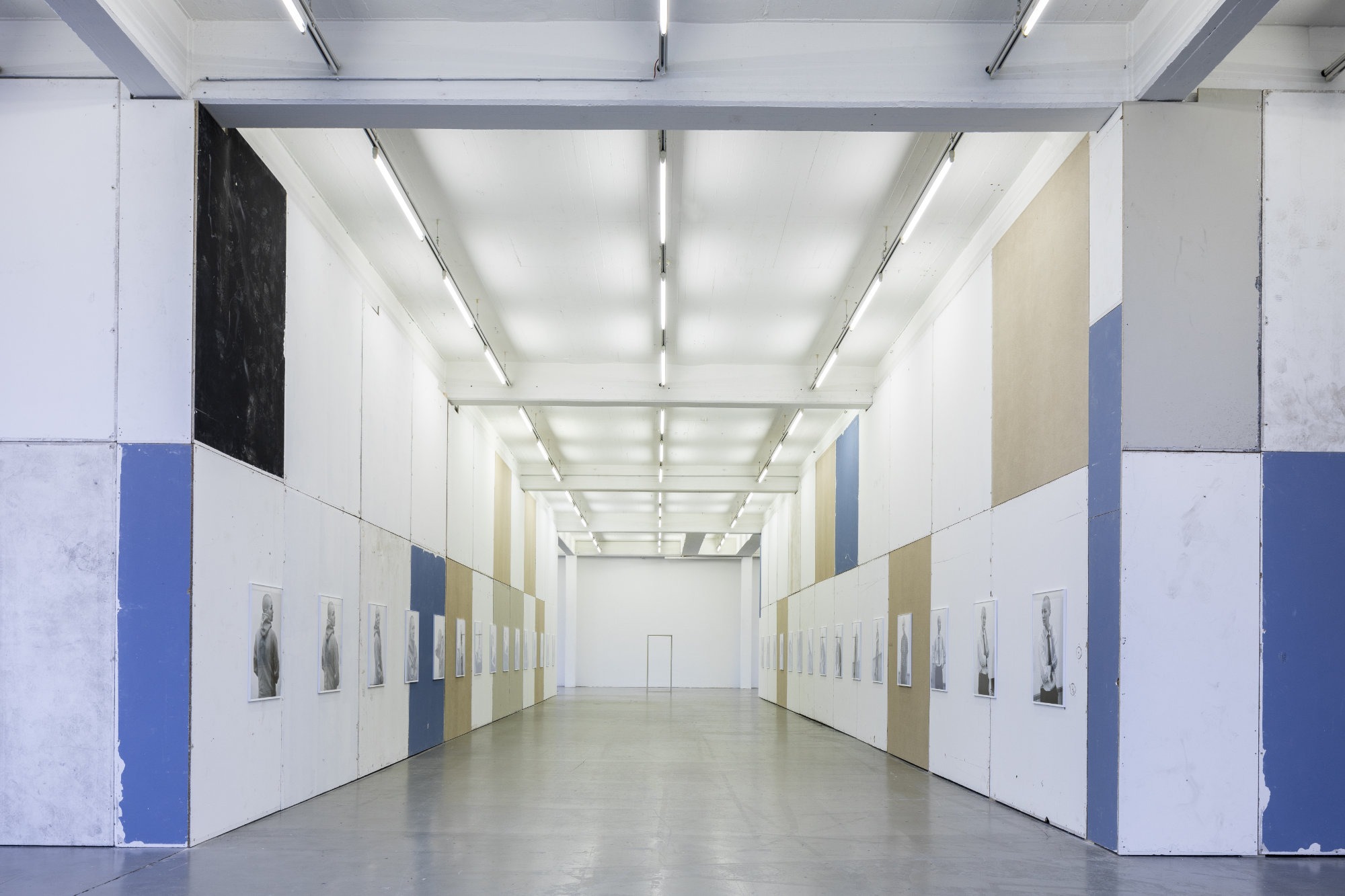 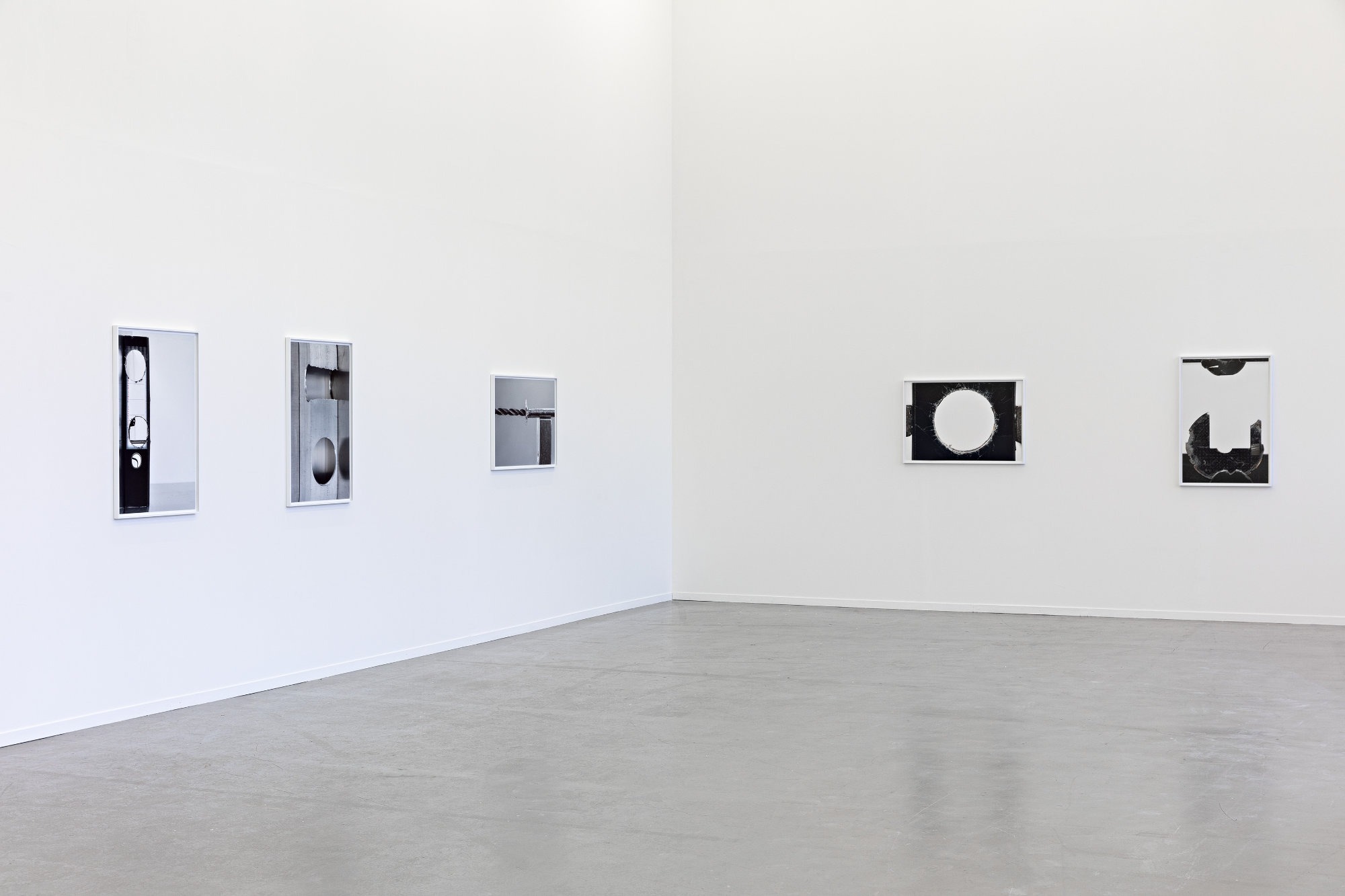 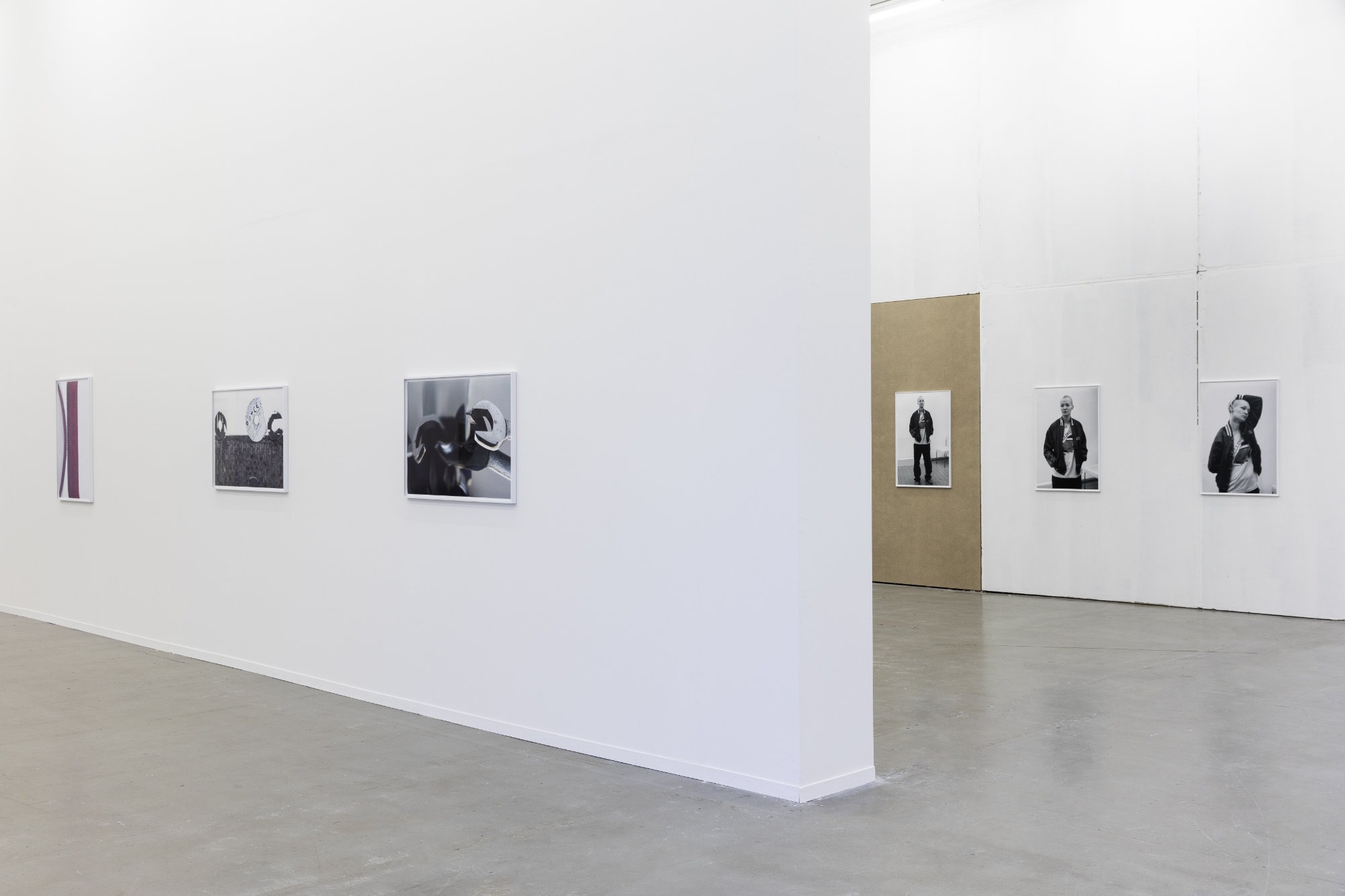 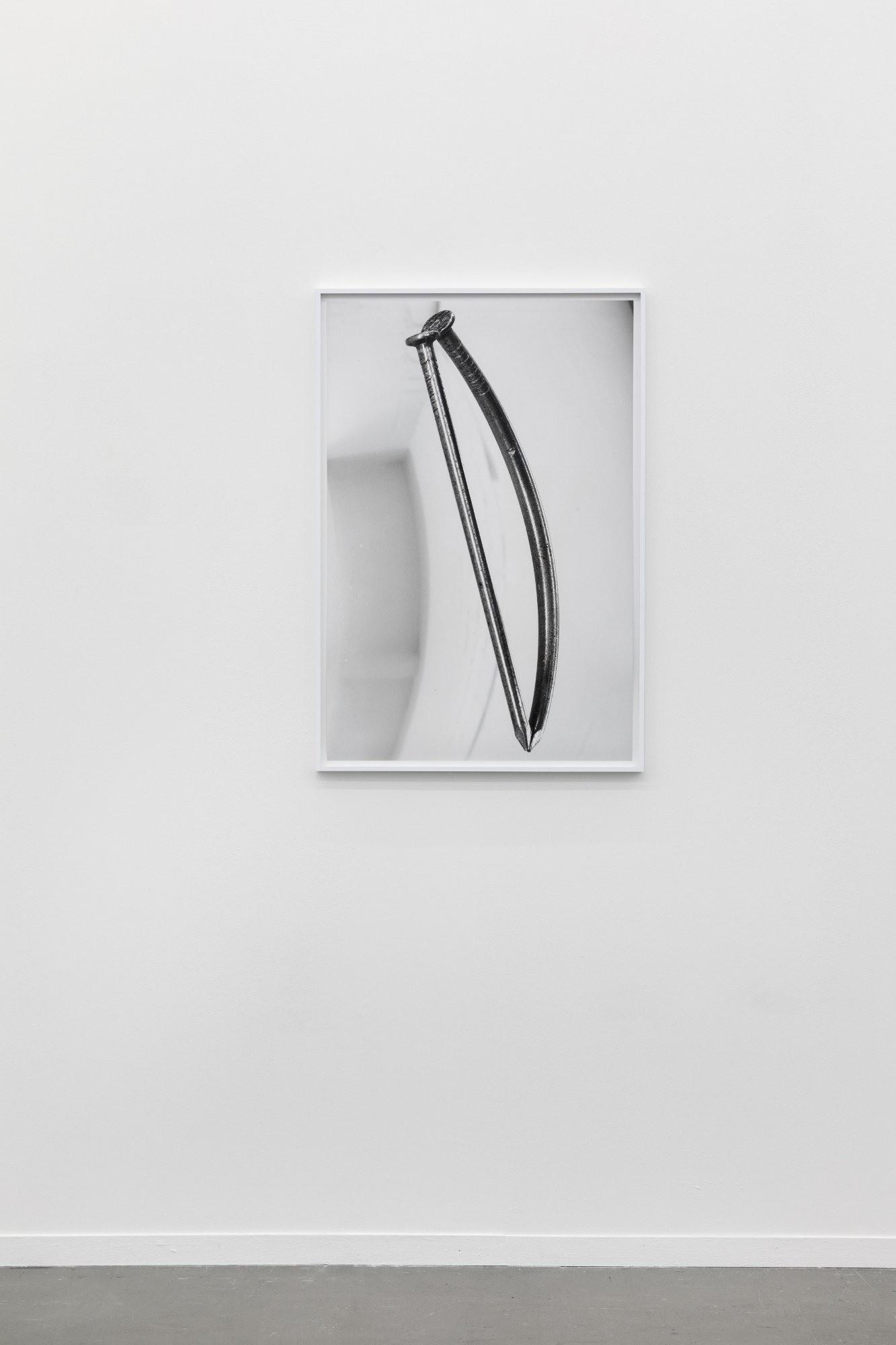 Andrzej Steinbach - Models and Protocols, exhibition view at Kunstverein in Hamburg, 2022, photo: Fred Dott
The Kunstverein in Hamburg is pleased to announce the opening of Andrzej Steinbach’s Models and Methods, his first major institutional solo exhibition in Germany. It is Steinbach’s multifaceted approach to photography that makes his work so interesting to engage with. The artist no longer understands photography as a copy of the outside world, but now makes conscious use of staging in order to devote himself to social issues, allowing him to use photography’s intrinsic promise of reality for questions related to media and politics. In image series and multimedia conceptual works, the artist questions norms and perceptions, spaces and specific attributions. At the center of his work lay cultural symbolism, history, and social practices and their meanings for individuals.

In architecture specifically designed for the exhibition and that has been intentionally left unfinished in order to suggest a certain rawness, a number of the artist’s photographic series will be shown, including Auto Erotik, a new series produced for the Kunstverein in Hamburg. In addition, Steinbach will present the sound installation A Springboard to your future and the video installation 300 Nails. The exhibition’s starting points include the different photographic genres and their (ideological) implications as ways to make a statement about the constitution and potential change of society as well as the medium itself.

The portrait of a figure stands at the center of the series Figure I. In front of unchanging black-and-white backgrounds, a figures’ poses and behavior vary. The seriality gives the figures an air of having been staged: They act as projection surfaces for questions revolving, for example, around the construction of femininity and masculinity – without lending the figures clear attributes. To a greater extent, the images call for a close examination of that which can be perceived because the repetition allow the gaze to be re-trained.

Photography and its promise of reality become a catalogue made up of questions dealing with their contents as well as reflections on the medium.

Auto Erotik takes macrophotography and the photography of objects as its starting points, both new areas of interest for Steinbach. Metaphorically, the idea is to come closer to and penetrate things. Taking everyday objects from his workshop like tools and screws, Steinbach photographs them in or after use, suggesting destruction, touching, tension, and friction, and lending the term Auto Erotik a sensual aspect. Eliminating contexts and disengaging from explicit representations of human bodies and sexualized practices is an equally important component of the work.

Steinbach’s work ultimately deals with the essence of photography, while also penetrating mechanically produced images by focusing closely on the details of objects and allowing the representation to speak via its materiality, substance, and its own structures. By using the nature of photographic means, Steinbach reveals and calls attention to hidden structures, and thereby sharpens visual perception.

In 2022, the Kunstverein in Hamburg and Spector Verlag in Leipzig will publish the first monograph on Andrzej Steinbach.

Andrzej Steinbach was born in Czarnków (Poland) in 1983 and lives and works in Berlin. In 2017, he completed a degree at the Hochschule für Grafik und Buchkunst Leipzig (HGB) under the supervision of Prof. Heidi Specker. He has won numerous prizes including the 2017 Bundespreis für Kunststudierende, the 2016 Sächsichen Landesstipendium für Meisterschüler, and the Wüstenrot Stiftung Dokumentarfotograpfie Förderpreis 11. His work is held in many collections, including the Museum of Modern Art (New York), the Federal Collection of Contemporary Art (Germany), the Folkwang Museum Essen, and Fotomuseum Winterthur. Exhibitions of his work have been held at a variety of galleries and museums, including MoMA, the Kunsthalle Wien, the Deichtorhallen Hamburg, the Centre for Contemporary Photography (Melbourne), and the Bundeskunsthalle Bonn.
www.kunstverein.de