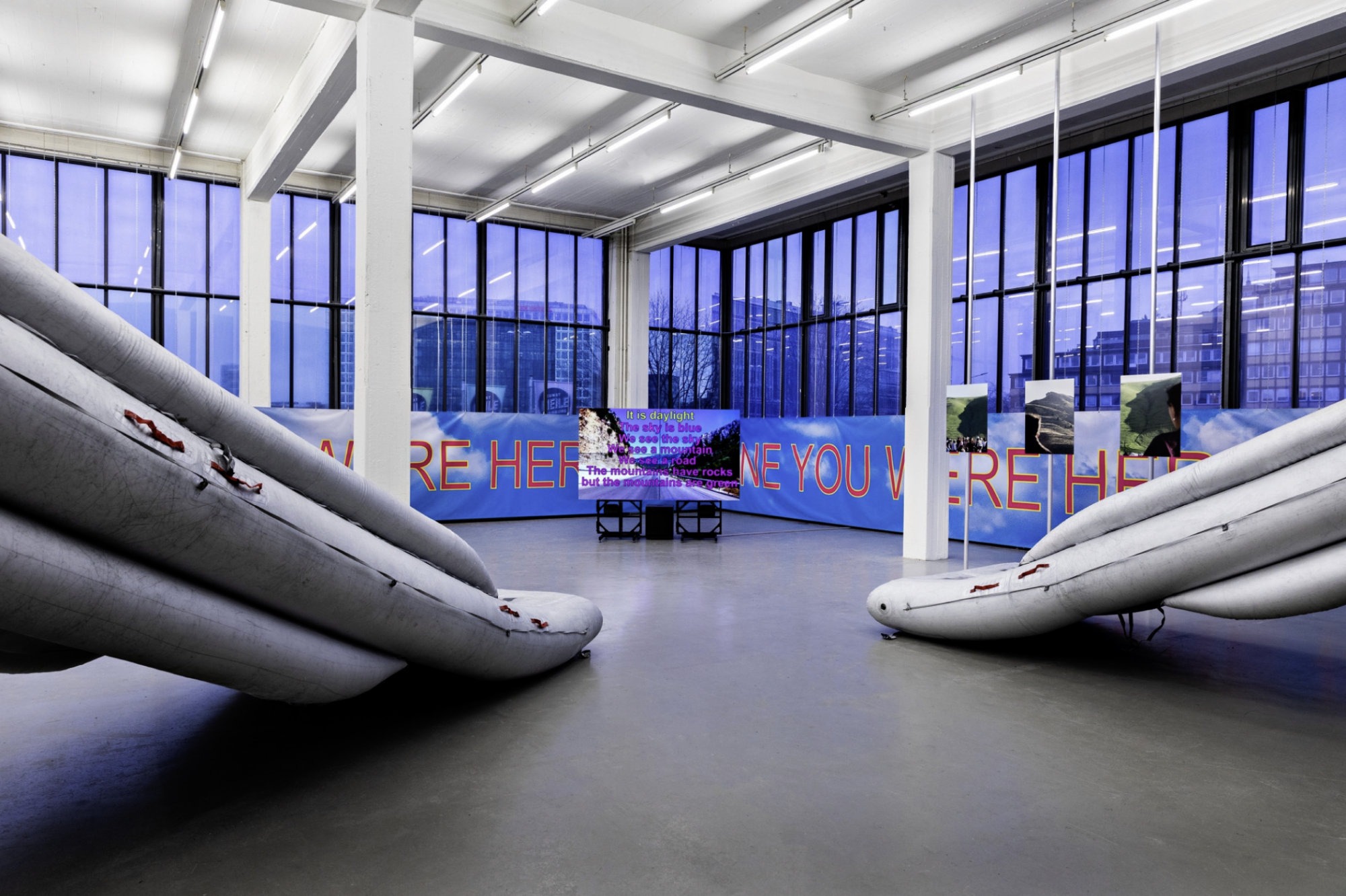 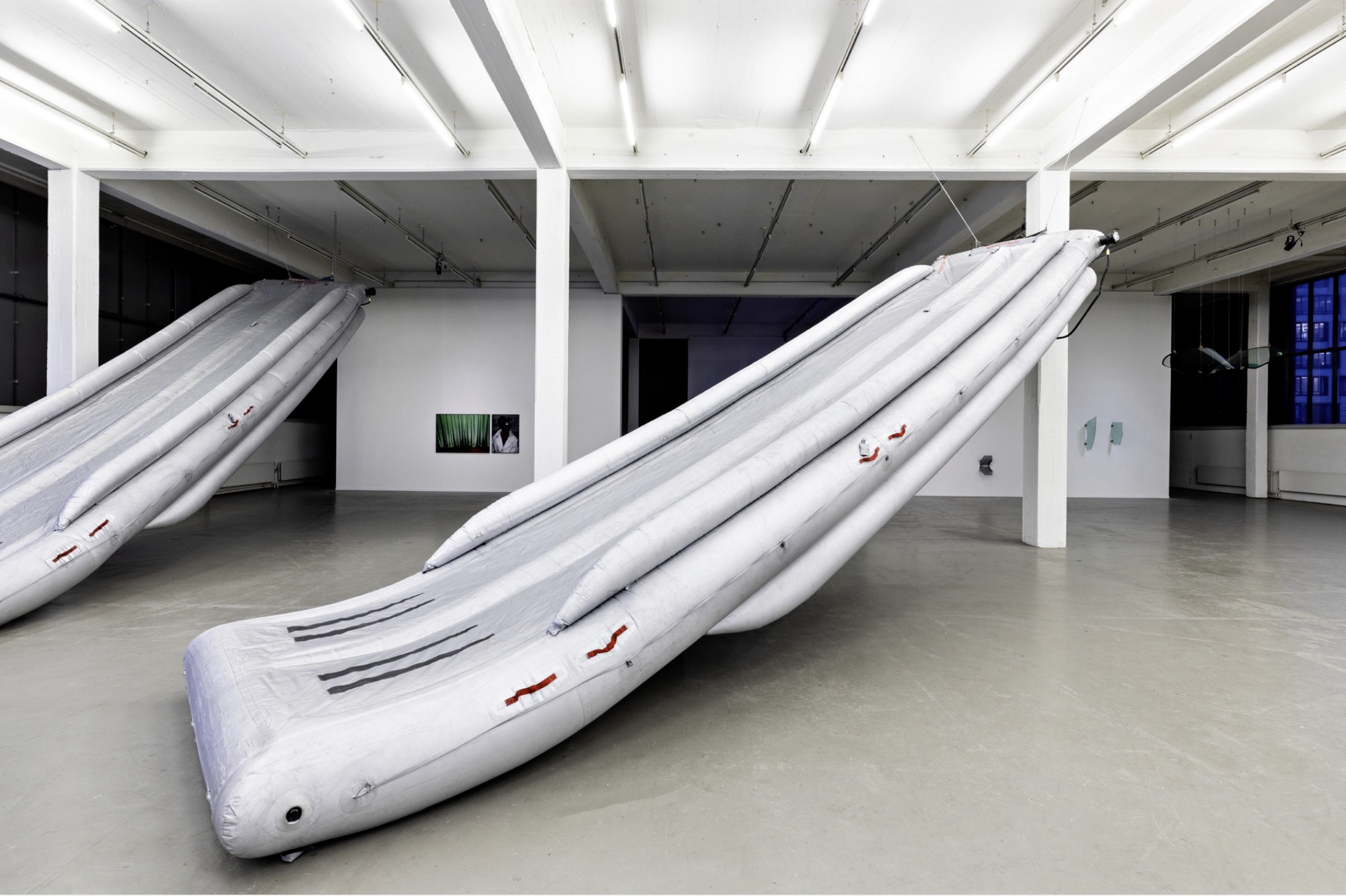 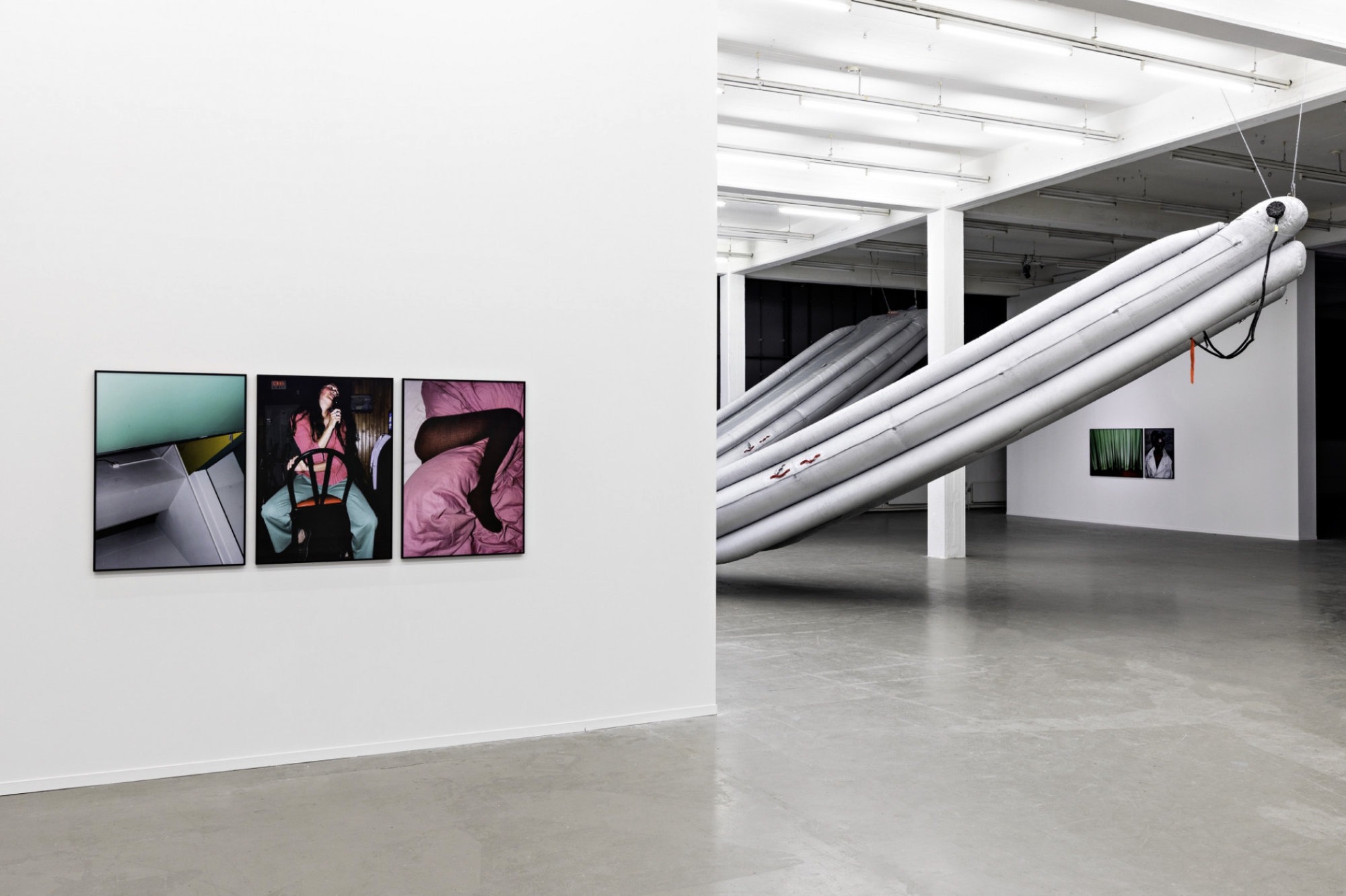 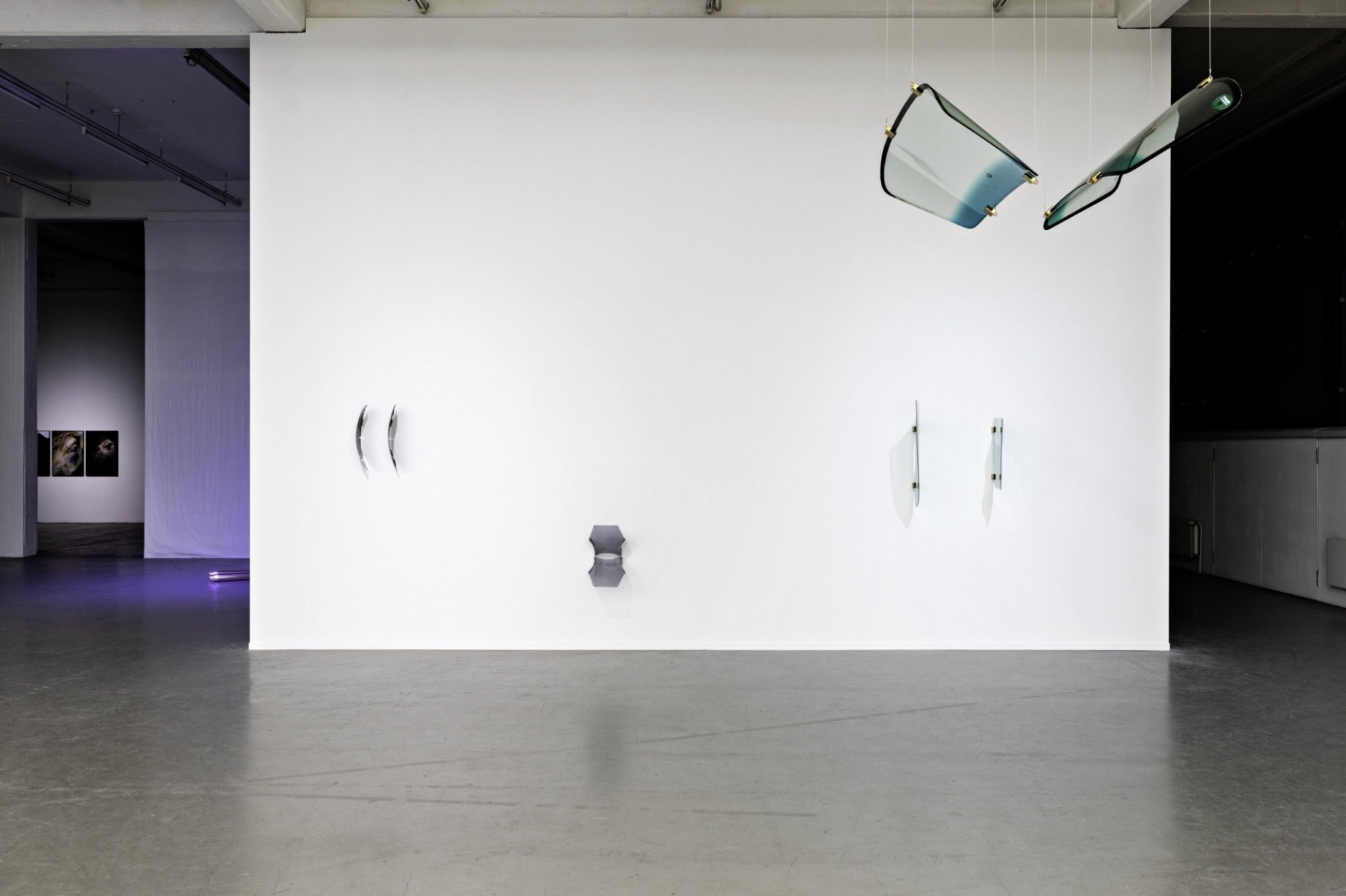 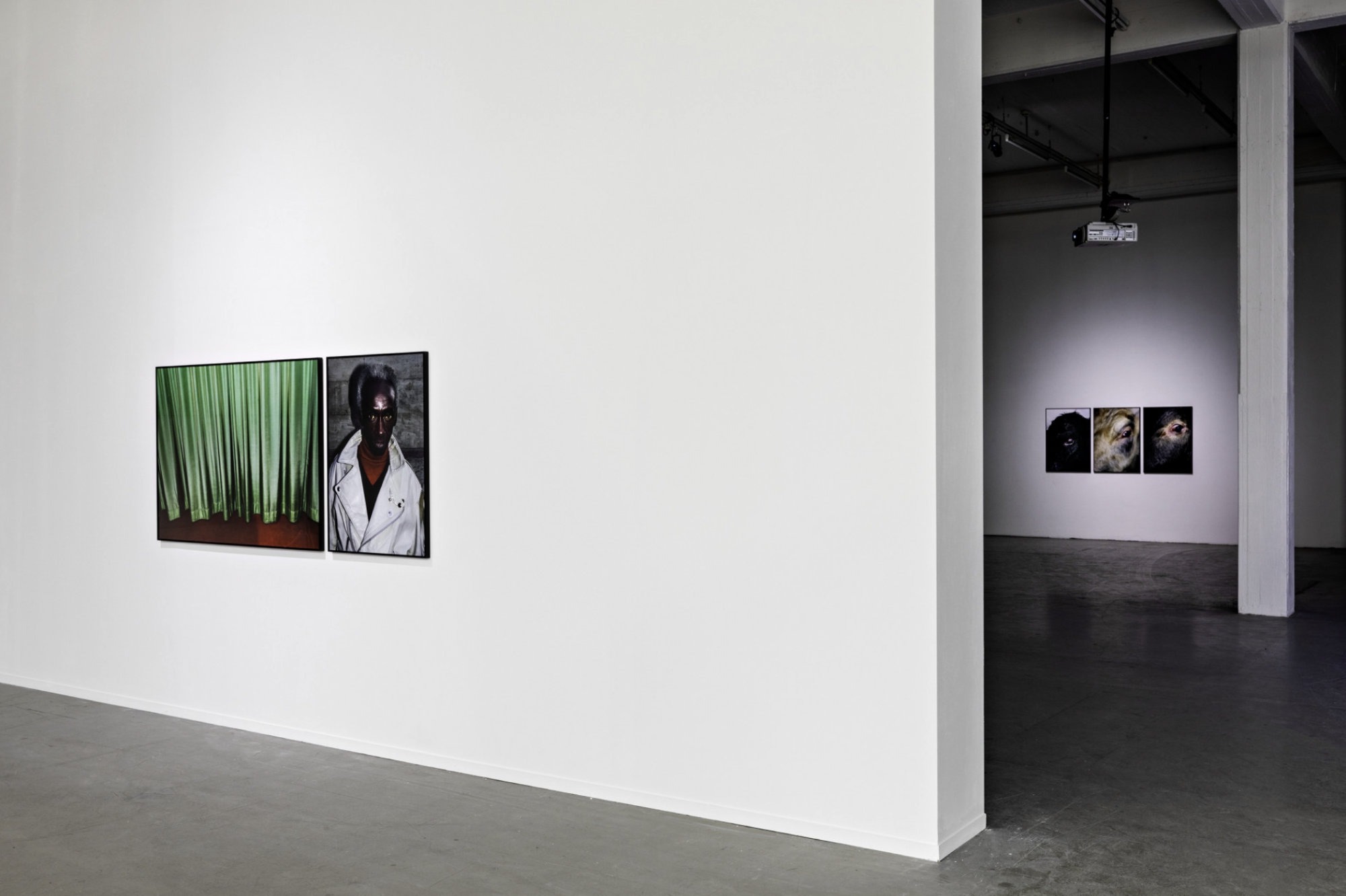 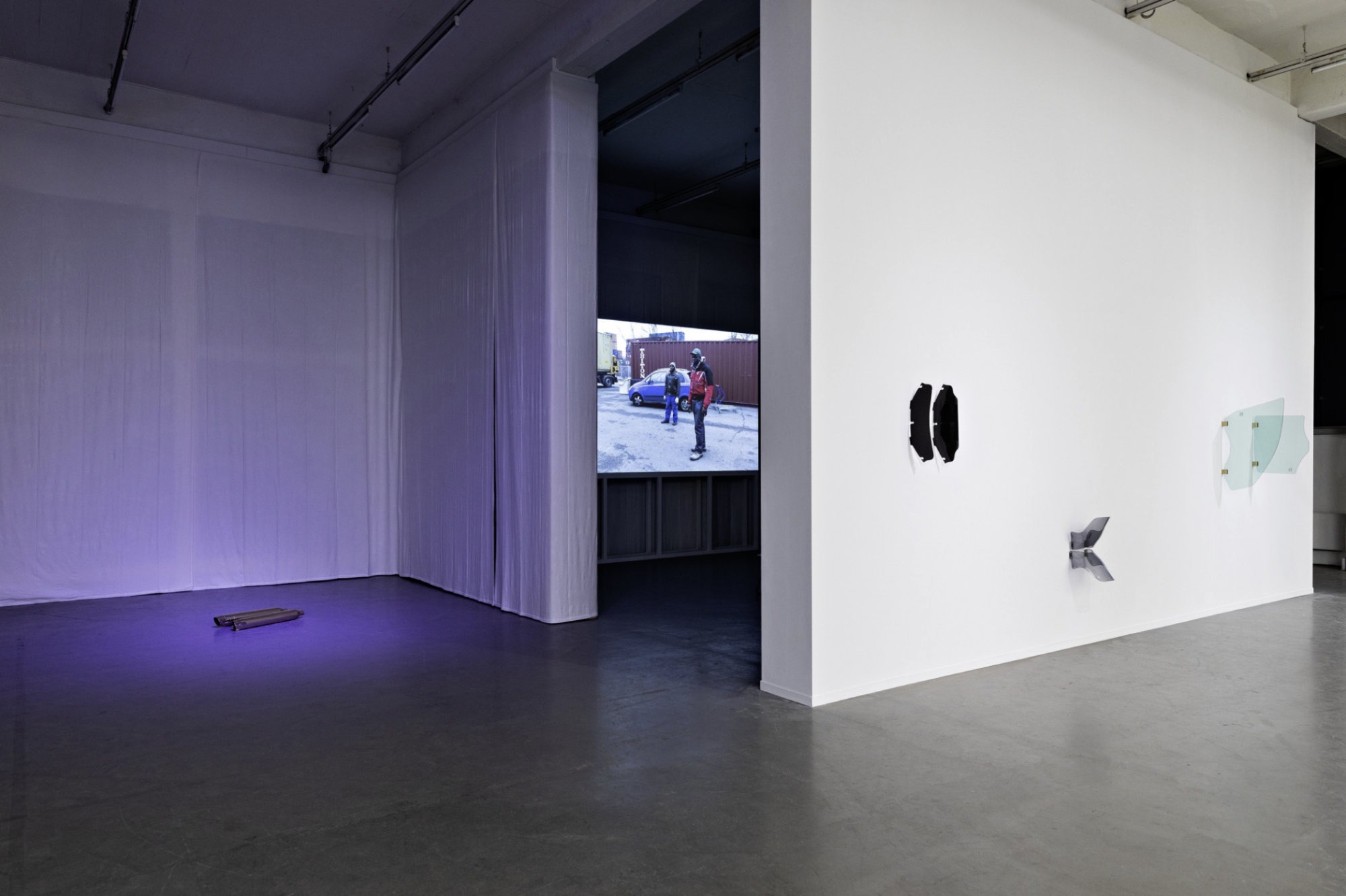 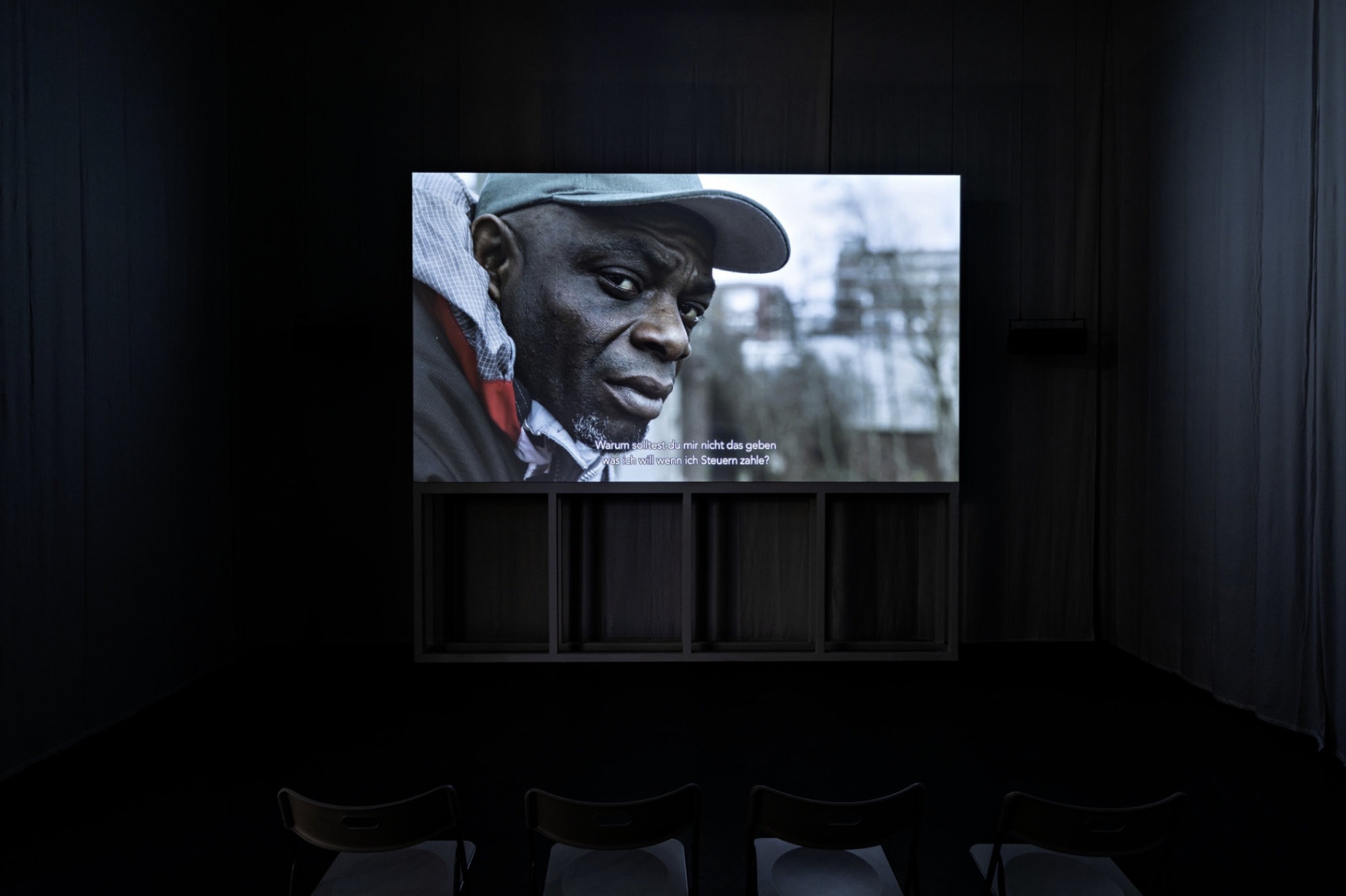 The Kunstverein in Hamburg is pleased to host the exhibition of the ars viva prize this year for the first time since 2003. The Kulturkreis der deutschen Wirtschaft im BDI e. V. (Association of Arts and Culture of the German Economy at the Federation of German Industries e. V.) has been awarding the ars viva prize since 1953 to outstanding young artists living in Germany, whose works evince an individual formal language and an awareness of current cultural and social questions. The jury selected the prize winners out of 49 proposed artists under 35. Karimah Ashadu, Thibaut Henz, and Cemlie Sahin have all created new works and installations that will be shown alongside older works in order to provide more insight into each artist’s creative process.

Karimah Ashadu’s older video works Destiny (2016) and Power Man (Sodoko) (2018) examine the theme of labor. In both works, so-called “Area Boys” – local gang members who live in the slums of Lagos – are shown in their socio-economic context. The videos deal with structures shaped by masculinity that have developed independently or parallel to the country’s political relations. The artist weaves documentary and fictional elements and relies on unusual technical means. The new film Brown Goods (2020) is the artist’s first European film and explores the trade of used cars and electronic goods between Hamburg and West African countries from the perspective of Emeka, a Nigerian immigrant. “Brown goods” is common slang for electronic consumer goods and as a pun it provides insight into the film’s subject matter: race and value judgements. The import/export metaphor, however, refers here not only to the trade of goods, but also to the free movement and the value of these African migrants in a European context. West African countries such as Nigeria, from which they once fled in search of a better life in Europe, are paradoxically now a part of the basis of their existence in Europe. The film shows the strange world of transatlantic trade and provides a glimpse into an everyday but unusual and barely known situation. The short film is complemented by a series of sculptures that have been assembled from found materials like car parts and electronic waste from scrap dealers in Hamburg’s Billstraße.

Unusual perspectives and details take center stage in the photographs of Thibaut Henz, which, together, function like a photo-novel of our time. Photographic snapshots of people and moments with strongly contrasting colors and different print sizes are arranged in series producing unusual combinations of images. His image compositions resemble contemporary displays and play with the new aesthetics and visual habits of the digital era. In Hamburg, the arrangements will be spread across the entire exhibition and older snapshots will be connected to new works that were recently made in Brussels. The visual river of the everyday and the web finds an equivalent in the show, depicting the status quo of a society that has been visually oriented for some time. The snapshots of people, situations, objects, still lives, and nature are posed or beautified. Henz shows an urban world in all its rawness where socio-political structures bring forth repressed bodies. Besides poverty, violence, and repression, he also addresses love, desire, pleasure, and excess. Instead of documentary narration or the construction of a worldview, “the figure of others appears (in Henz’s work) as a punctual resistance to any generalization” (June Drevet).

Cemile Sahin stages groups of words and images in different mediums such as film, photography, and sculpture, which can resemble, for example, film noir crime stories where the question of culpability remains unanswered. Contradictory stories provide the strands of the plot and storytelling and editing techniques reflect the viewer’s own position. In this way, she scrutinizes how media functions and the meaning of different perspectives in the writing of history. Her work with narrative has also led to the appearance of her debut novel Taxi in October 2019. Her new installation consists of photographs, a video work, and two airplane evacuation slides, which together recount news images and, hence, that images no longer function on their own, meaning that they are recast as propaganda imagery. The nine photographs show different people posing in what could be Atatürk’s shadow on a mountain in Ardahan Province in Turkey – it is the mountain itself that enables the shadow play through a particular ray of sun, turning it into a pilgrimage site. Edited together from news images, the video also shows mountains while exposing another aspect: on Turkish TV, footage of mountains where terrorists are allegedly hiding is part of everyday programming and ultimately serves domestic stabilization through an apparently external enemy, which the editing of the video counteracts. These different, ritualized projections on mountains have become an absurd and almost comical part of everyday culture and conversation, similar to a popular soap opera. Taken out of context, the airplane evacuation slides become mountains themselves, connecting the different elements in the installation. At the same time, they stand for the different projections on the mountains – protection and escape as well as national identity and technological considerations in an asymmetrical war

The exhibition will be accompanied by a bilingual catalog published by Kerber Verlag. The exhibition was shown in a different form at the GfZK Leipzig in late 2019. The 2020 ars viva Prize is rounded out by the prize winners’ stay at an arts residency on Fogo Island (Canada).