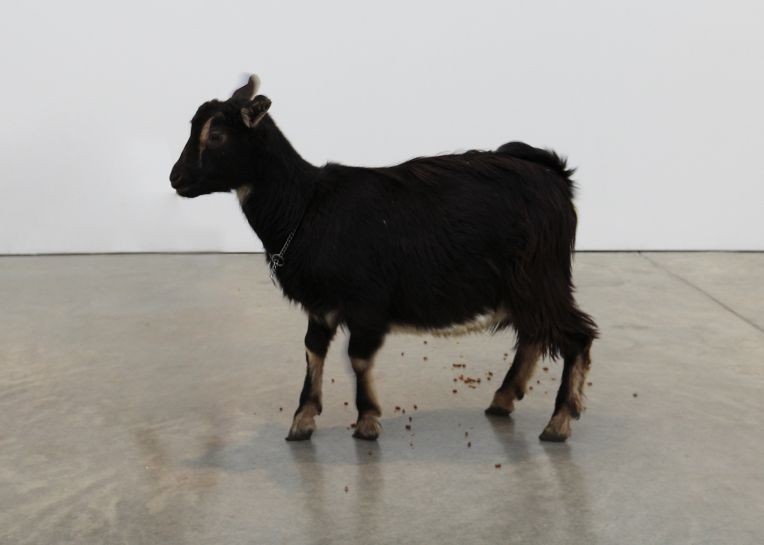 50 years later: The dematerialization of the art object from 1966 to 2016 is a cross-reference show on the permanent state of transformation which surrounds us, focused on the so-called conceptual art that questions the world we live in. A world in which the old forms—of work, of behavior, of art—no longer fit and new forms have yet to be outlined.

For the first time, the exhibition FLUIDITY focuses on the fluid as a defining feature of contemporary social realities against the backdrop of the art-historical discussion of the phenomenon of dematerialization. Starting from the ground-breaking publication project "Six Years - The dematerialization of the art object from 1966 to 1972" by Lucy R. Lippard (1973), the group exhibition FLUIDITY establishes an update of international conceptual strategies.

Within the conceptual art of the 1970s the notion of art changed radically by questioning the representative function of the material object - ideas and concepts became artistic formats and carriers of space, time and other not displayable structures. The dematerialization as a form of conceptual art made a gesture of confrontation against prevailing power structures, market mechanisms and forms of commodities. The relevance of these tactics will now be re-examined regarding current political, social and economic signs of a fluid, highly technical and digitally networked world.

The conceptual art evolving in urban areas of the USA in the late 1960s and early 1970s, was not seen by its protagonists as a movement of counter-culture: rather, specific conditions were employed within the practice to enhance the artistic context in which the art object was no longer conceived as a final result. "Dematerialized" as an idea it became a premise for a dynamic, socially relevant discourse. Today, the contexts have shifted: in the mid-1990s, Liam Gillick already noticed that conceptual art basically no longer existed after the 1960s and 1970s. While the key words of politics of the 1960s are still present, and since global capitalism has incorporated the art field, they find neither expression nor translation.

At the moment, it can be stated that there is a prevailing interest of the visual arts in the ephemeral, and that artistic strategies continue to argue situational and to rely on experience. This seems to be symptomatic for new alliances and a change of perspective in contemporary art. The dematerialization of art objects is no longer to be seen as a mere "response" to political issues, but rather as a reconciliation with social tendencies of dematerilization that are very present in the field of artistic production. Connected to the question what dematerialization means for art production, for the examination of the interconnected contemporary art field, and the socially anchored understanding of art, a survey on conceptual practice and its relation to materiality comes to one's mind. However, unlike the currently intensively conducted debate on materiality as such, FLUIDITY takes a different path in order to examine conceptual art, its dematerialization, and its impact in all its consequences. Lippard already made clear that the concept of art is not conceivable without the political issues of its time.

The exhibition project is curated by Bettina Steinbrügge (Kunstverein in Hamburg), Nina Möntmann (Royal Institute of Art, Stockholm) and Vanessa Joan Müller (Kunsthalle Vienna). The exhibition is accompanied a reader.

The exhibition is supported by the Ministry of Culture of the Free and Hanseatic City of Hamburg.
www.kunstverein.de