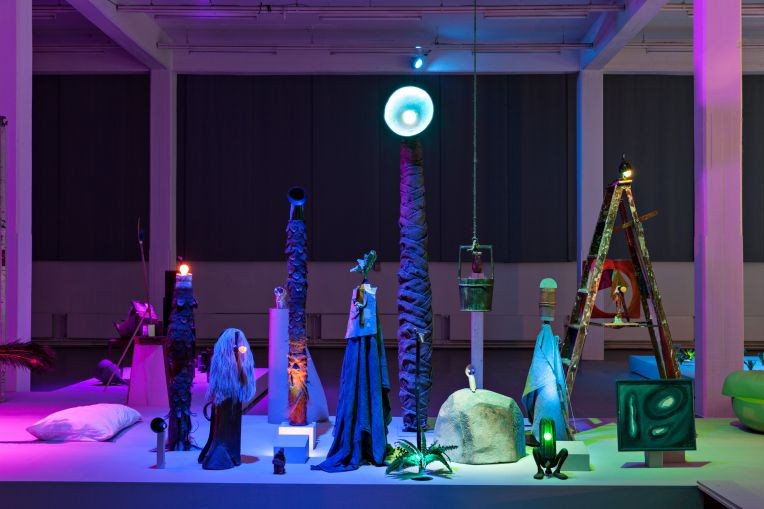 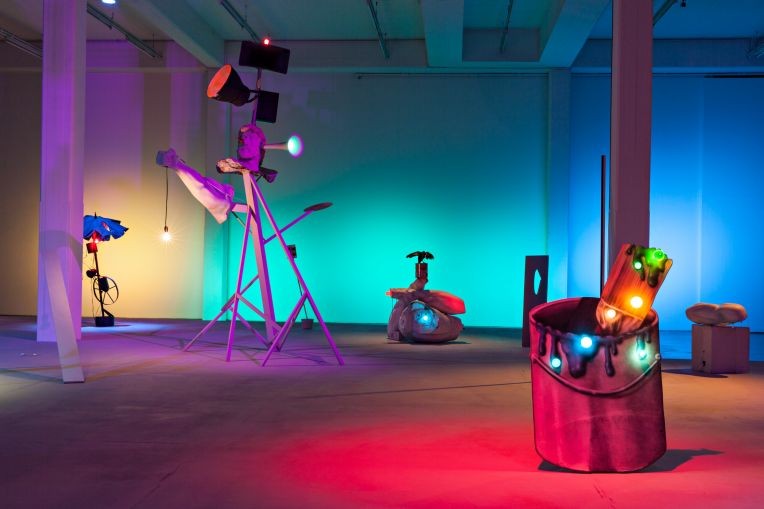 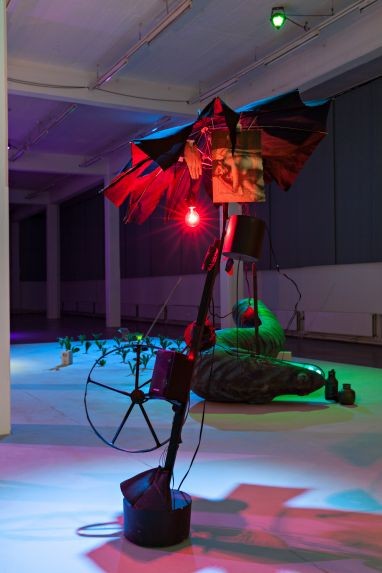 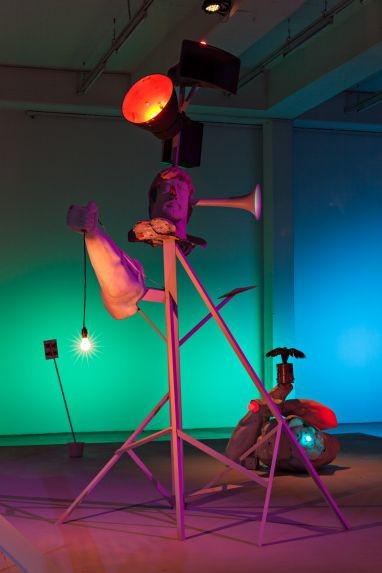 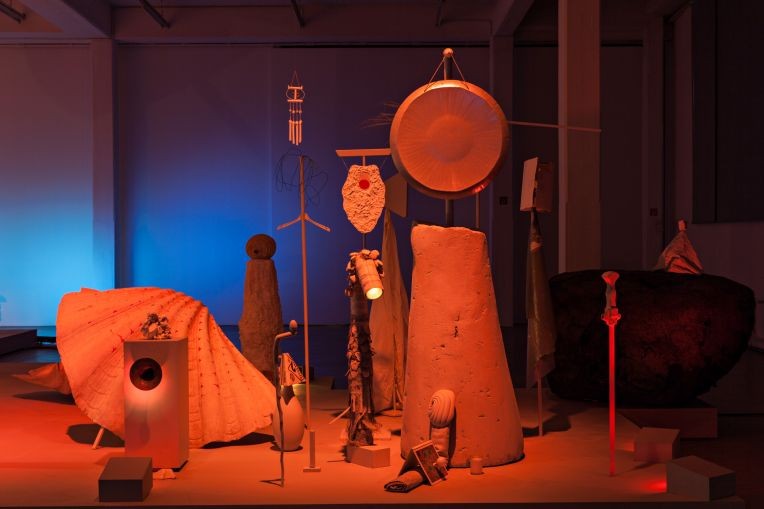 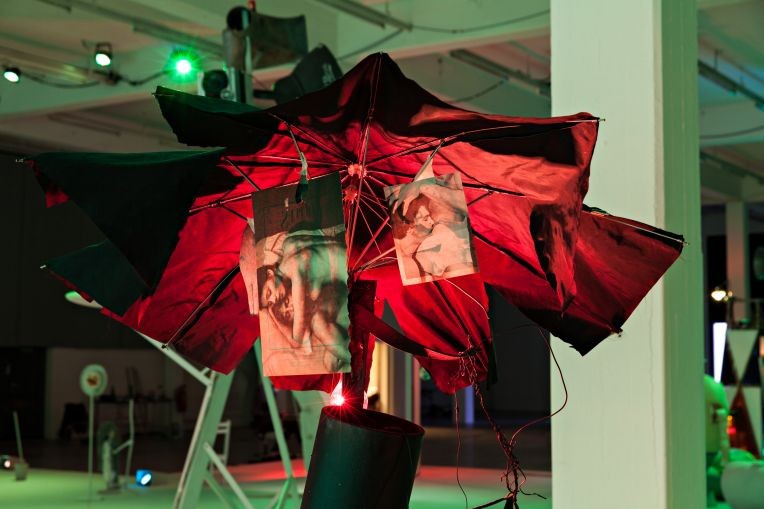 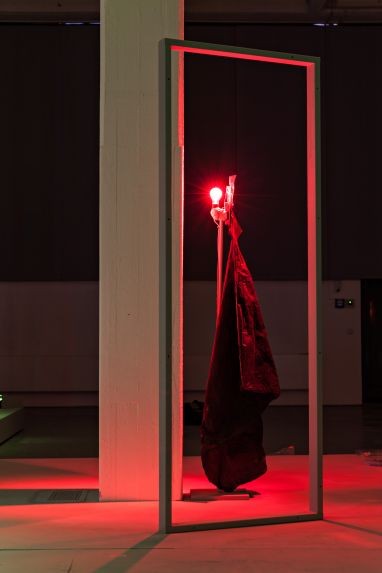 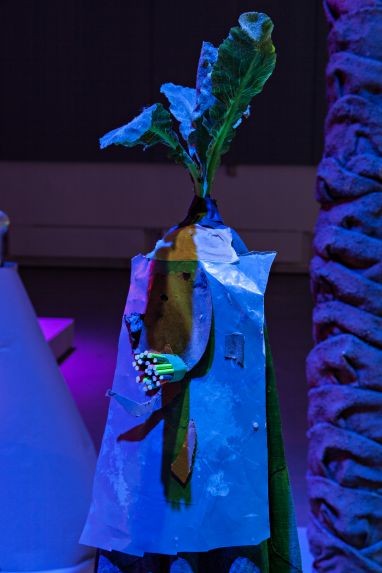 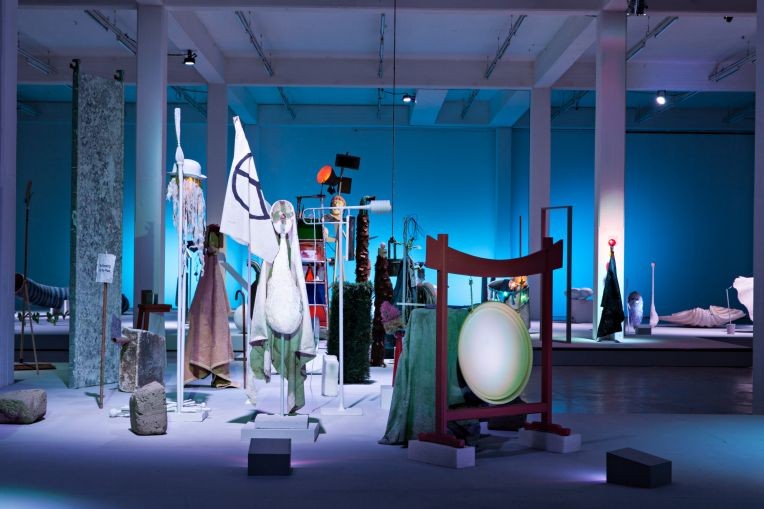 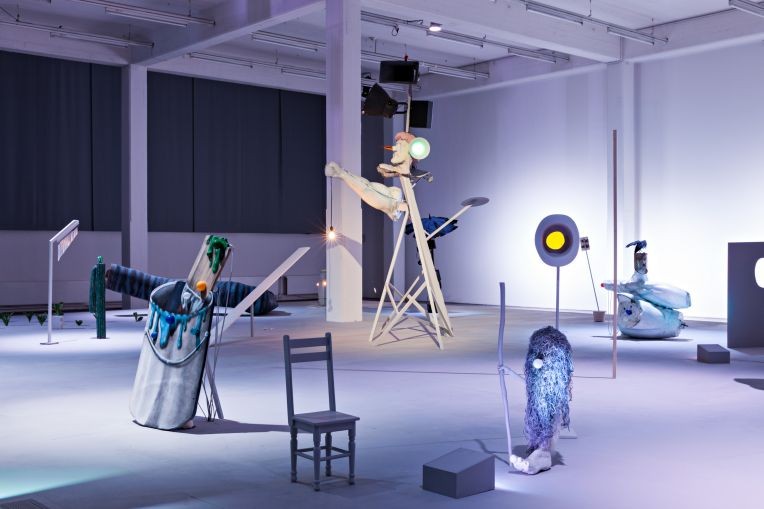 Bettina Steinbrügge, the new director of the Kunstverein in Hamburg, is delighted to present the first solo exhibition in Germany by the Canadian artist Geoffrey Farmer.

The unique artistic practice of Geoffrey Farmer (*1967) has its roots in Dada, Happenings, performance and process-based works. It presents the possibility of alternate temporalities, reconfigures the opposition of the material and the conceptual, and embarks on the odyssey of performative meaning-making. After extensive research, the artist builds encyclopedias that unify aspects of visual art, literature, music, politics, history, and sociology.

The mechanical play "Let’s Make The Water Turn Black", which is inspired by Farmer’s interest in Kabuki theatre, is populated with sculptures, some of which are kinetic that perform the various acts in an ever-shifting, computer-generated score of lights and sound that play out over the course of the day. Using the life of Frank Zappa as a structuring device, the work progresses chronologically from 1940 to 1993, and employs various methodologies that have influenced Farmer: William Burroughs’ use of the “cut-up”, Kathy Acker’s employment of pastiche and Zappa’s own editing technique, Xenochrony, or strange time. The effect of this is kaleidoscopic, and allows the work to touch on disparate subjects, from Edgard Varèse to the L.A. Riots, from Pachuco music to nose picking. Algorithms and the ability for the score to improvise, makes experiencing the piece unique and unpredictable on each day.

Farmer’s work explores ideas and representations of power, freedom, and identity. It is rooted in the collaborative protest movements of the late 1960s. The way of being through music is actualized, re-presenting an anti-authoritarian perspective. The artist adjusts cultural history by breaking open temporality and chronology while mixing cultural forms. The liminal space between the outside world and the realm of art marks a point of transition for the visitor forming new pathways through music.
(Generative composition by Brady Marks and Geoffrey Farmer)

The exhibition is a coproduction of the Migros Museum für Gegenwartskunst Zurich, Nottingham Contemporary, Kunstverein in Hamburg and the Pérez Art Museum Miami. Each institution will present a different version of the show as it evolves over time.

The exhibition is accompanied by a monograph published by JRP|Ringier and an artist’s book published by Studio Farmer.

With the support of the Ministry of Culture of the Free and Hanseatic City of Hamburg and the Embassy of Canada to Germany.
www.kunstverein.de