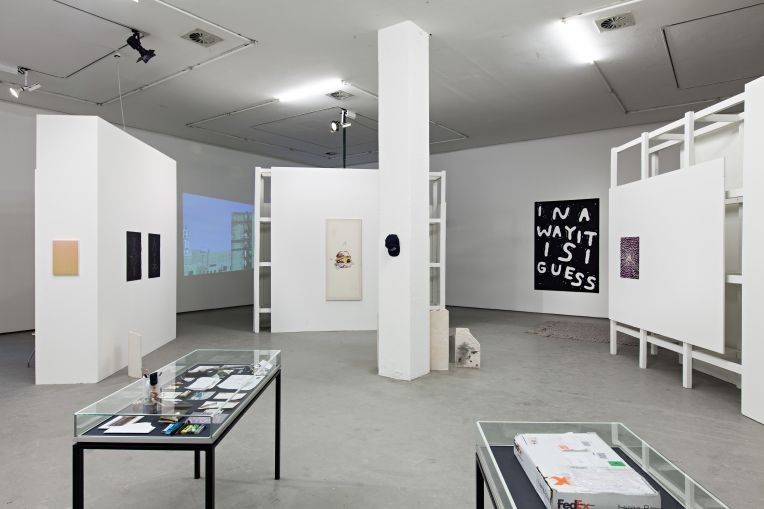 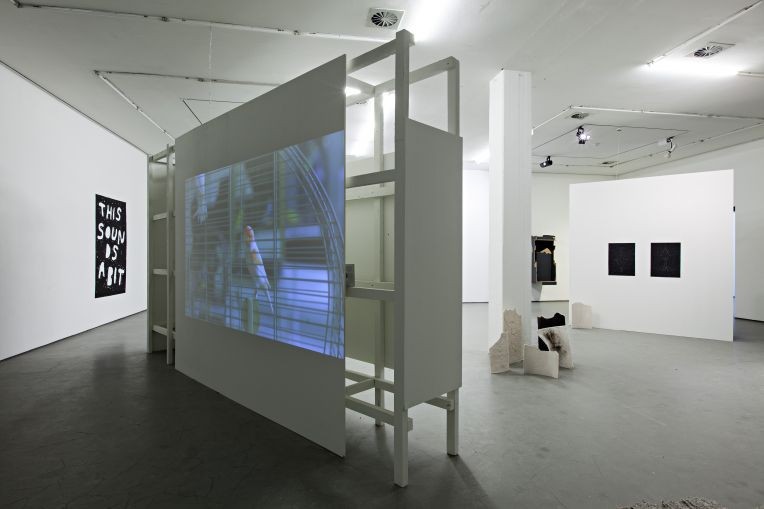 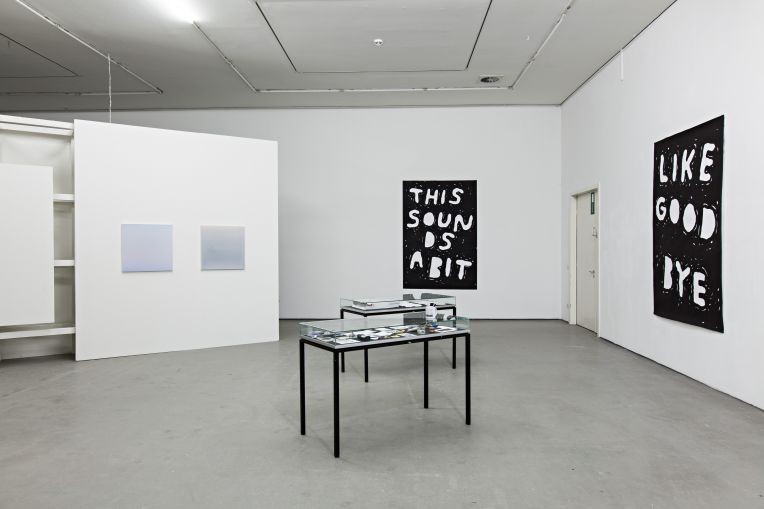 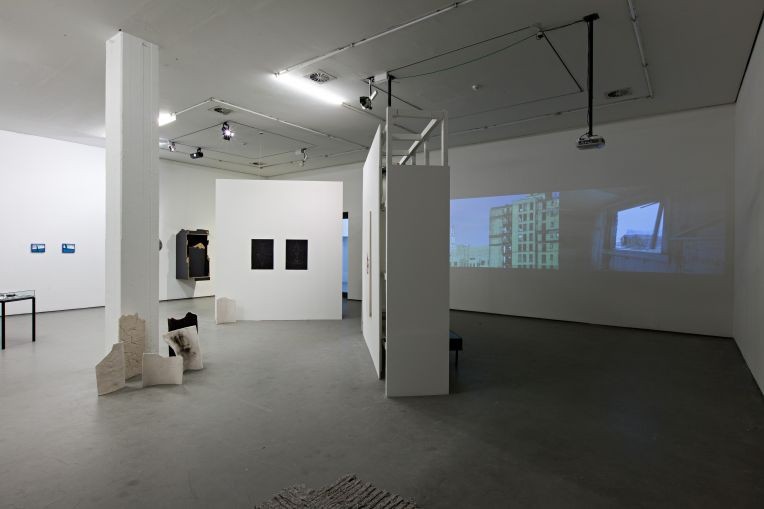 The sound of a piano accompanying birds; empty, spooky houses in Detroit; the facades of a past dream; a desert; the endless expanses of the sky; the secret hope of anchoring an encounter in eternity – it is in moments like these that the sense of longing, the vague affinity to distant places, conditions and things formulates itself in the exhibition “Im Frühling, Darling.” (“In Spring, Darling.”) The sense of longing is a deeply personal feeling, captivating, complex and ambivalent, and it therefore also reflects our precarious world of instability and an uncertain future, in which the vulnerability of society is questioned and the fragility of human affairs becomes visible.

“Im Frühling, Darling.” postpones the spring to summer, seeking to bring back what has already occurred or to convey a certain nostalgic atmosphere of departure, which beyond all determining categories is the driving force of change. Potentiality lies in the subjective, allegorical claim. The dialogue loosely established between the works displayed in the exhibition places the hidden dreams and wishes of the individual in a context and shows that longings are lived individually but indeed produced and communicated collectively.
The video by Annika Kahrs shows a pianist playing Franz Liszt’s “St. Francis of Assisi’s Sermon to the Birds” in front of birds. It appears as if the end of the age of Enlightenment manifests itself here, because, according to Rifkin, only an age of empathy that acknowledges all living beings and is determined by sensitivity can save civilization. In her piece “A Bankrupt Heart”, Cordula Ditz tells of fulfilled longings and their fleetingness. Present-day Detroit after the financial crisis and the deserted gold-mining colony of Rhyolite (Nevada) are juxtaposed in a double projection. The parallels between the ghostly places are evident and form a projection screen onto which the longing for the good life may have to be newly cast. Stefan Marx' works are characterized by a double texture. They are supported by a dynamic directness and rough aesthetics possessing ironic undertones: “It feels a bit like goodbye and in a way it is I guess” refers to a vague premonition of loss waiting in a state of limbo, in uncertainty. The objects titled “Ruins” by Ida Lennartsson, in turn, address bodily and tabooed desires in the traces of shackles. A possible other bodily encroachment can be found in Jennifer Bennett’s ceramic object “Machtverschiebungen” that reminds one of a medieval striking weapon for territorial defense. Magnus Andersen and Christoph Blawert also transgress the imaginary space of longing by alluding to power fantasies in their painting. This limitation is opened and counteracted by Inge Krause, whose non-representational paintings reflect facets of the sky and convey a sense of infinity. In the works of Anna Zacharoff, Axel Loytved and George Rippon, the view is directed concretely to everyday life. Anna Zacharoff’s burger relates our desire to consume with beguilingly simple means, while Axel Loytved’s objects declared as trash are brought back from the sidelines in order to question notions of assigning value. Finally, George Rippon’s receipts, shopping lists, letters and other found objects arranged in display cases raise questions as to the construction of levels of meaning that arise on a daily basis and create new longings.

In addition, holiday postcards – the ultimate medium expressing longing – written and designed by artists will continuously arrive at the Kunstverein during the course of the show as a work in progress under the motto “Dear Darling”. Yet their messages will shift in that they reflect upon this moment of longing and perhaps also counteract it.

With the kind support of the Ministry of Culture of the Free and Hanseatic City of Hamburg
www.kunstverein.de