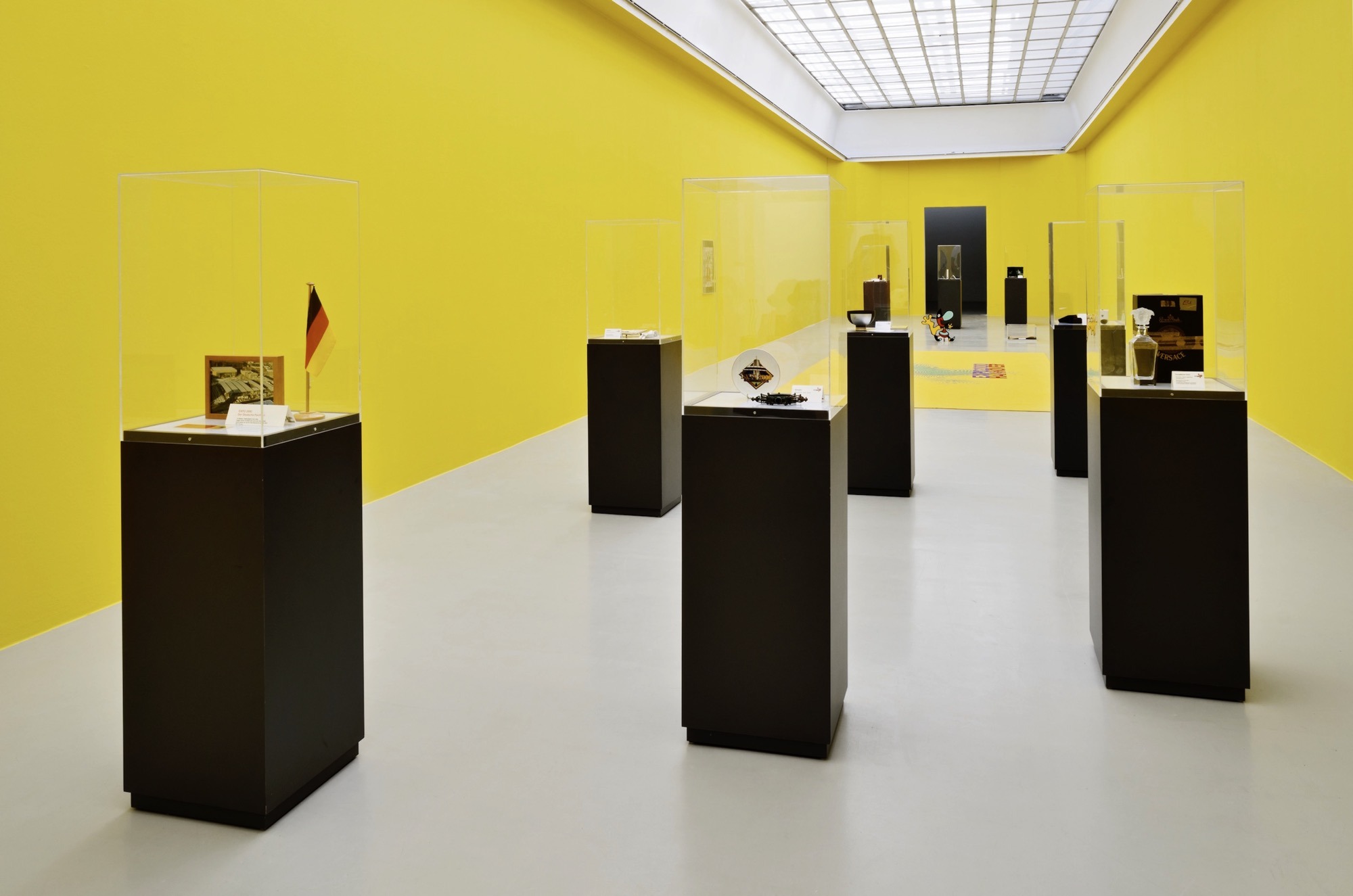 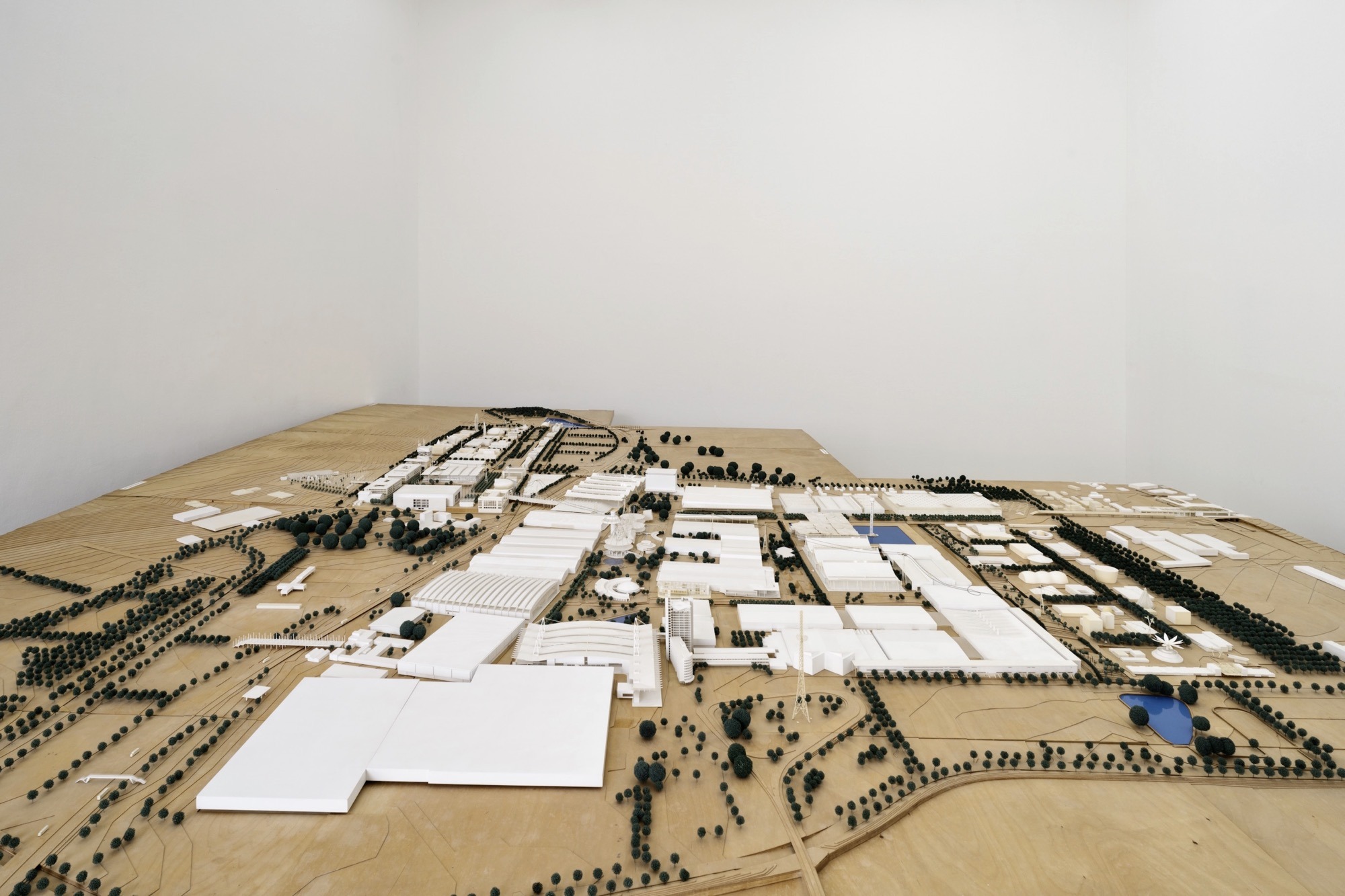 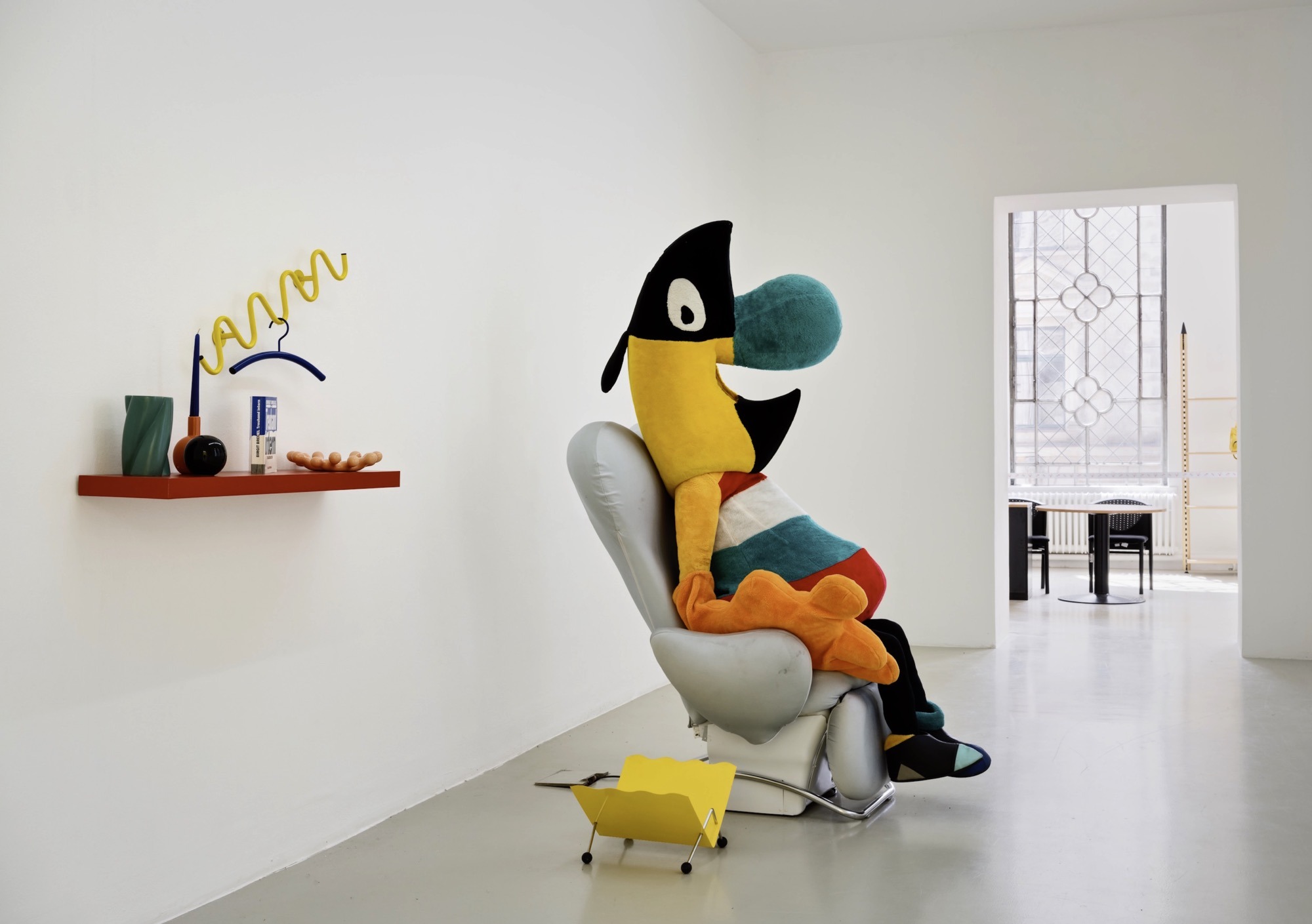 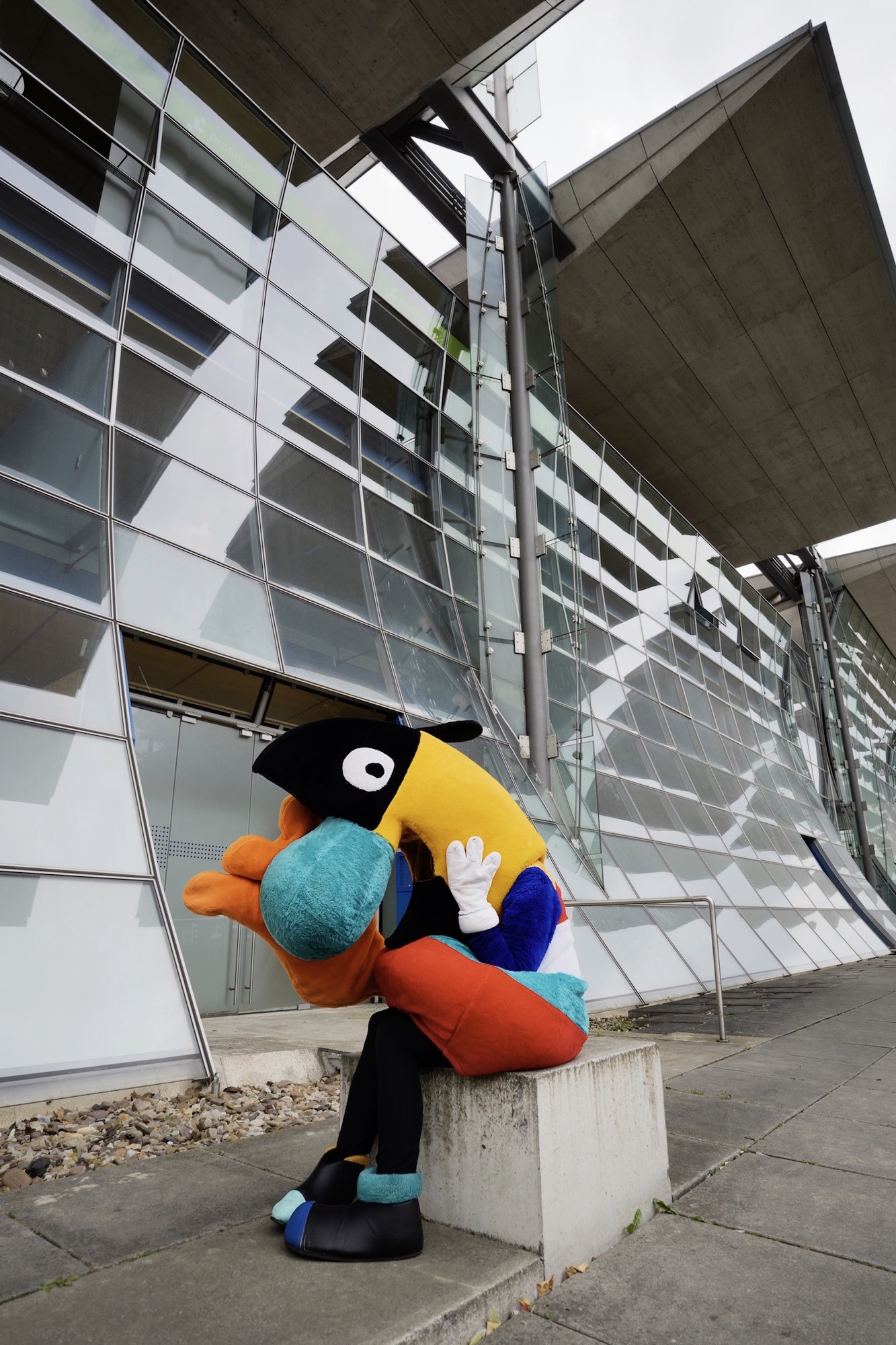 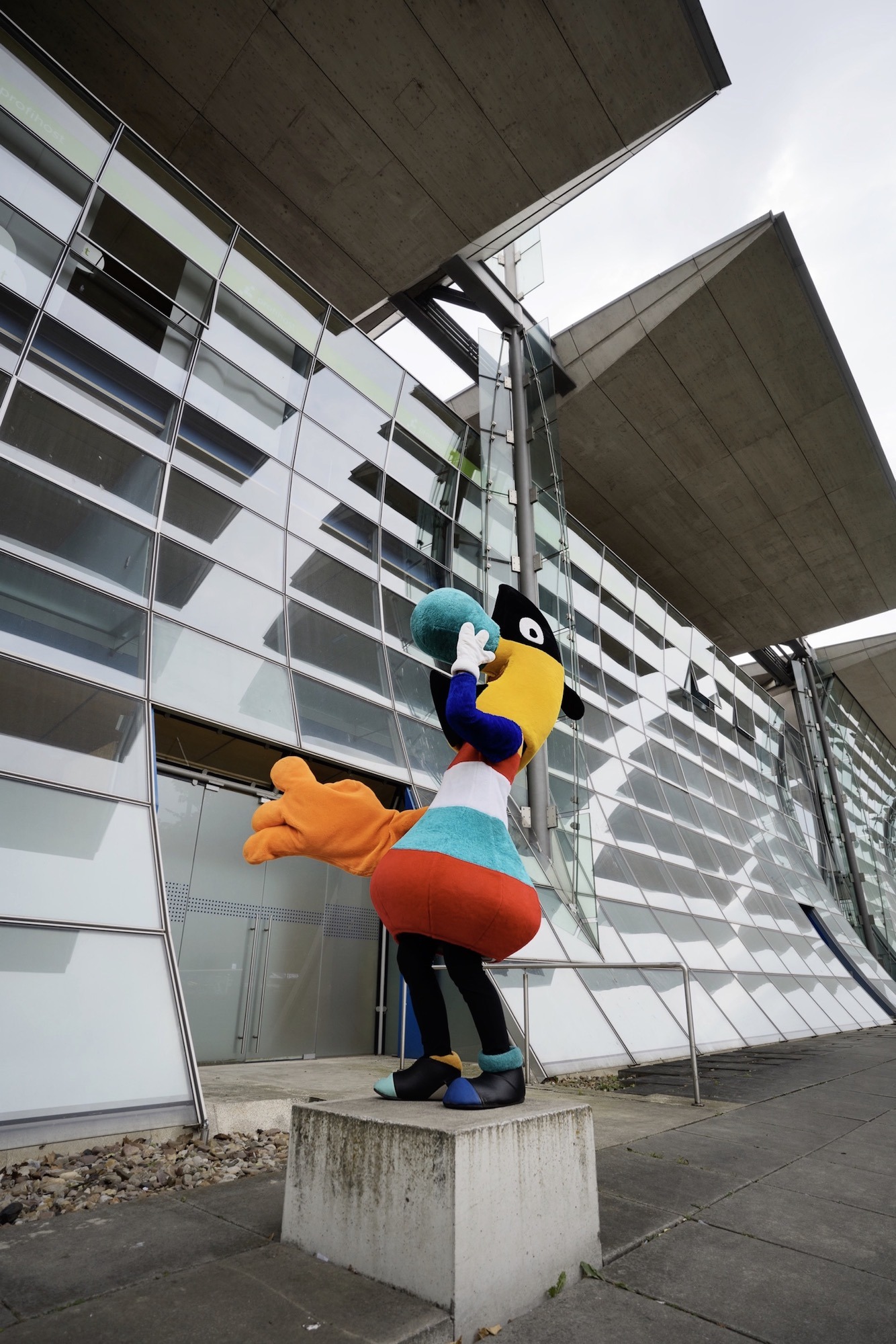 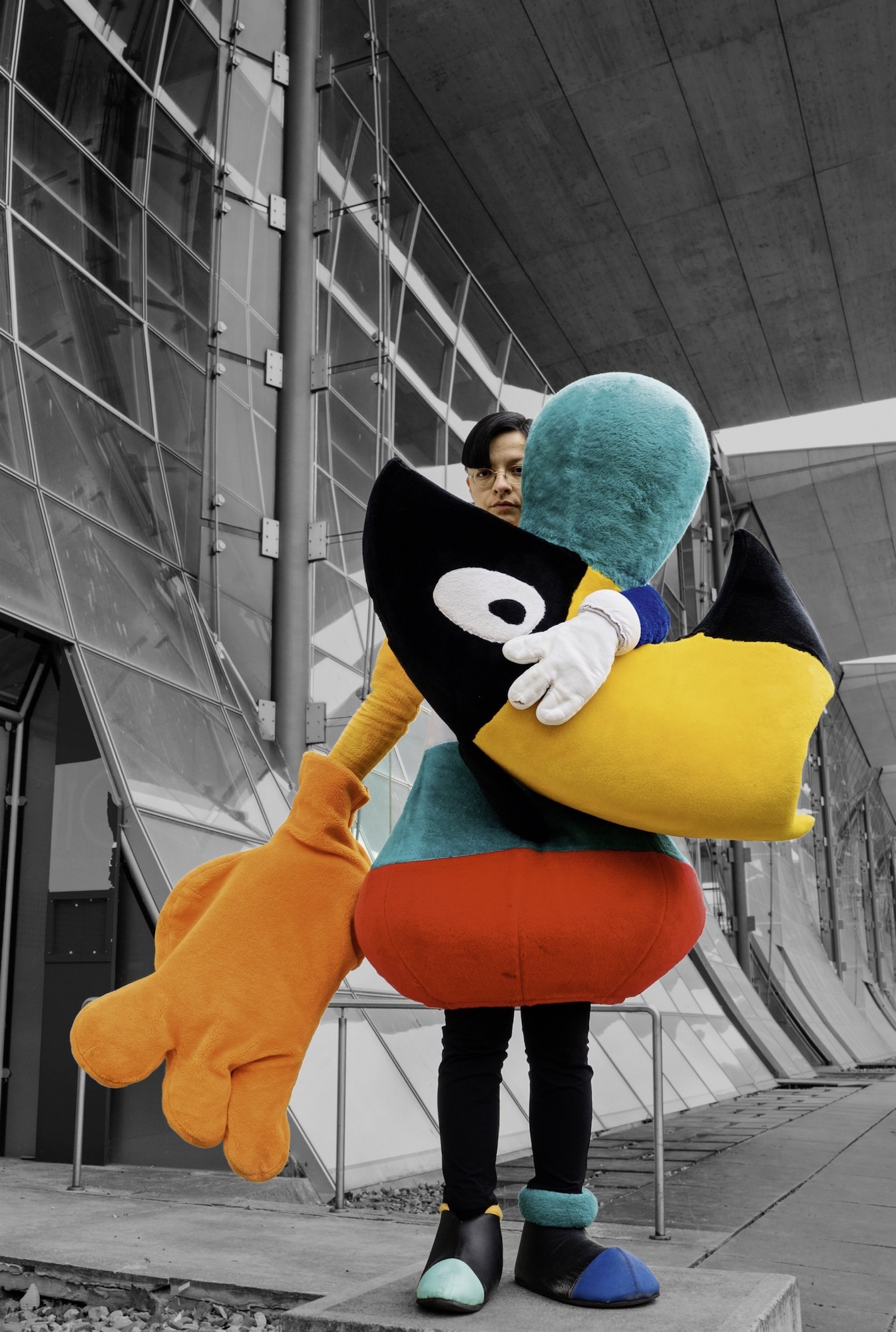 Henrike Naumann’s (b. 1984) artistic practice takes »German-German unification« and its consequences as its starting point. What happened after 1989, and how has identity been shaped since then?

Using furniture that sometimes »says« more than many words, Naumann creates sets of the post-unification era with all its trashy objects and »post-post-modernist« wall units made of shiny surfaces rather than solid materials. Within these sets, the artist screens films she has made since completing her scenography studies (Potsdam 2012) showing young adults who became radicalized with right-wing attitudes in these very surroundings, so to speak – like the triad of far-right German neo-Nazi terrorists who conspired in Naumann’s hometown of Zwickau.

Naumann stumbled upon the figure of Birgit Breuel and consequently Expo 2000 – the international world’s fair in which Germany as a whole was presented for the first time in the context of its theme »Humankind. Nature. Technology« – while searching for images of the »Treuhand-Abwicklung« [Treuhand agency phase-out] that involved the privatizing of industry in the former East German states. Her research eventually led her to the EXPOSEEUM, which brings together countless leftover relics from the World Expo in Hanover including guest gifts, pavilion remains, thousands of tapes of video documenting all the events that visitors more or less remember. Henrike Naumann’s politically ambitious remembrance work has struck a powerful chord with the times, earning her an impressive media and exhibition presence in recent years. The exhibition at Kunstverein Hannover is her first to bring together two long lines of research and – with an extensive new staging of the EXPOSEEUM collection at the Kunstverein – the first to blend two institutions into a single social sculpture.
www.kunstverein-hannover.de