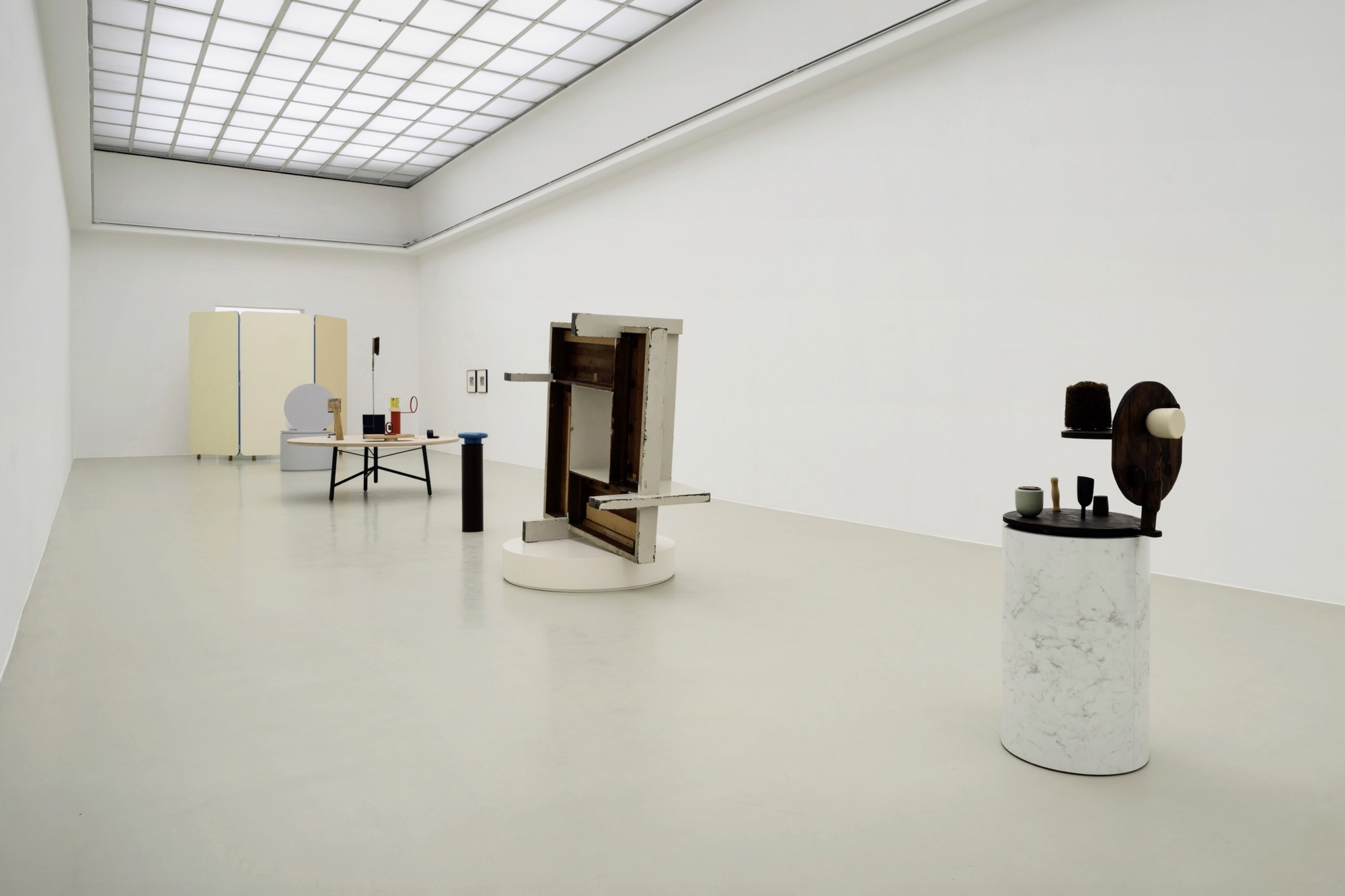 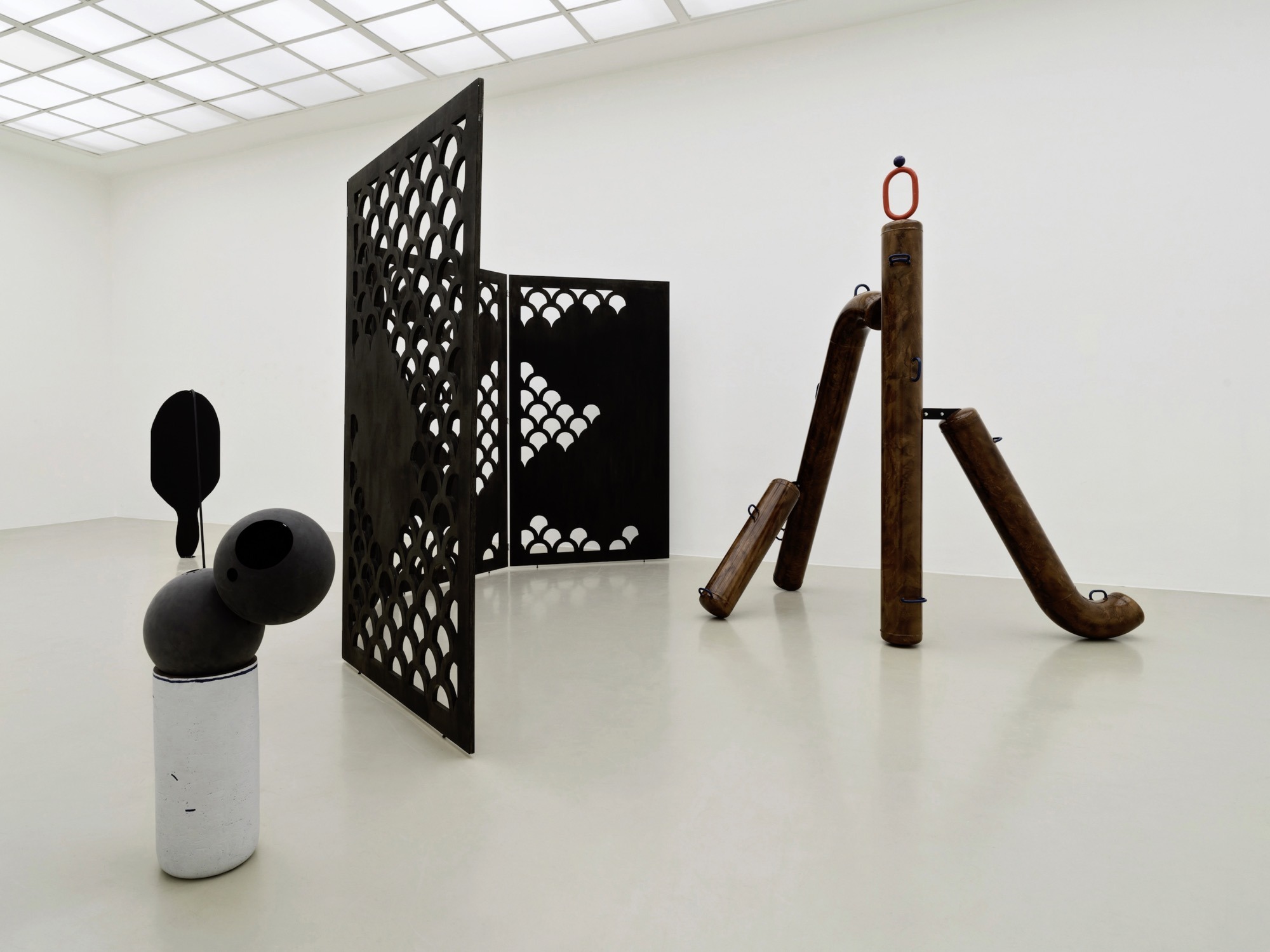 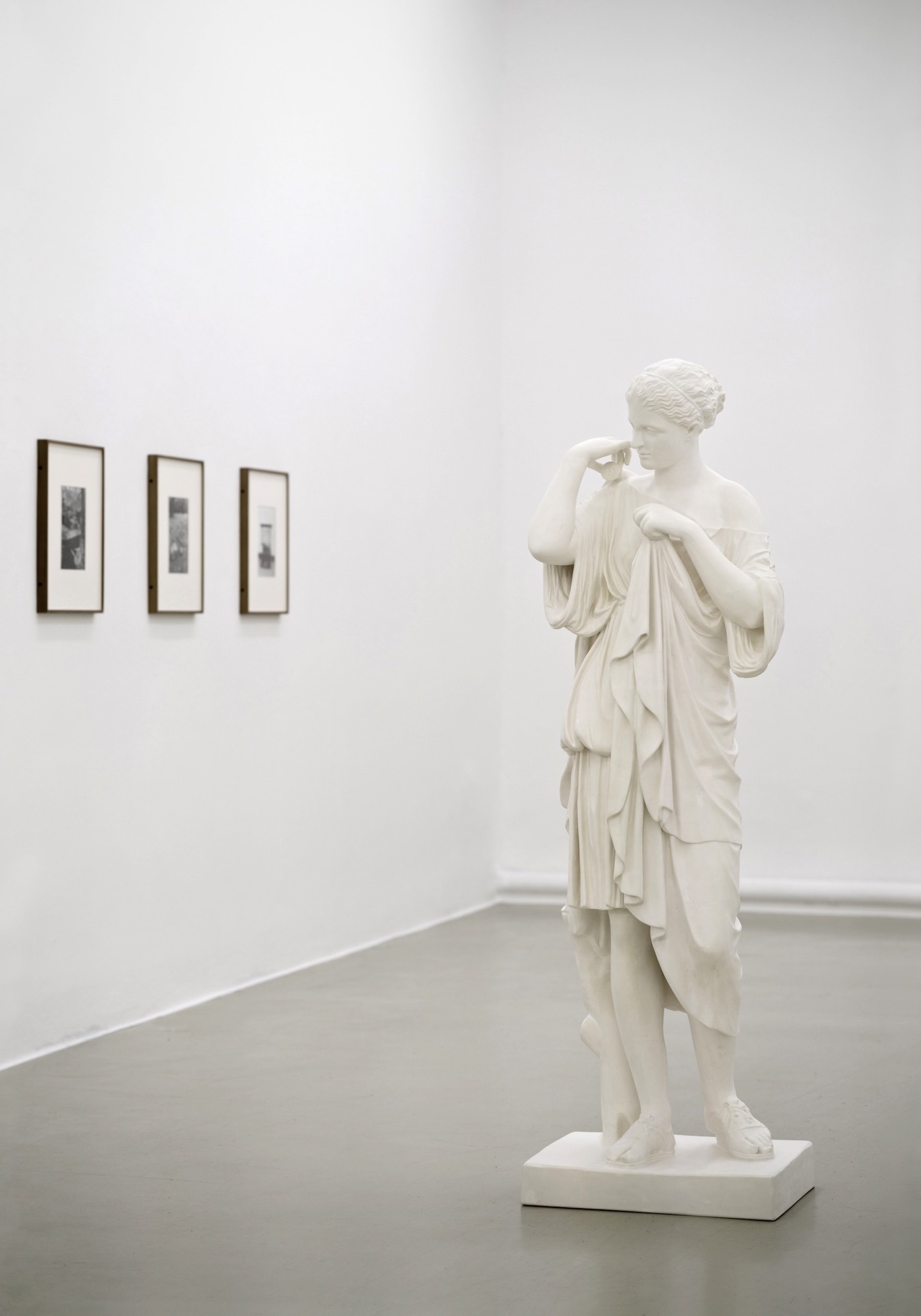 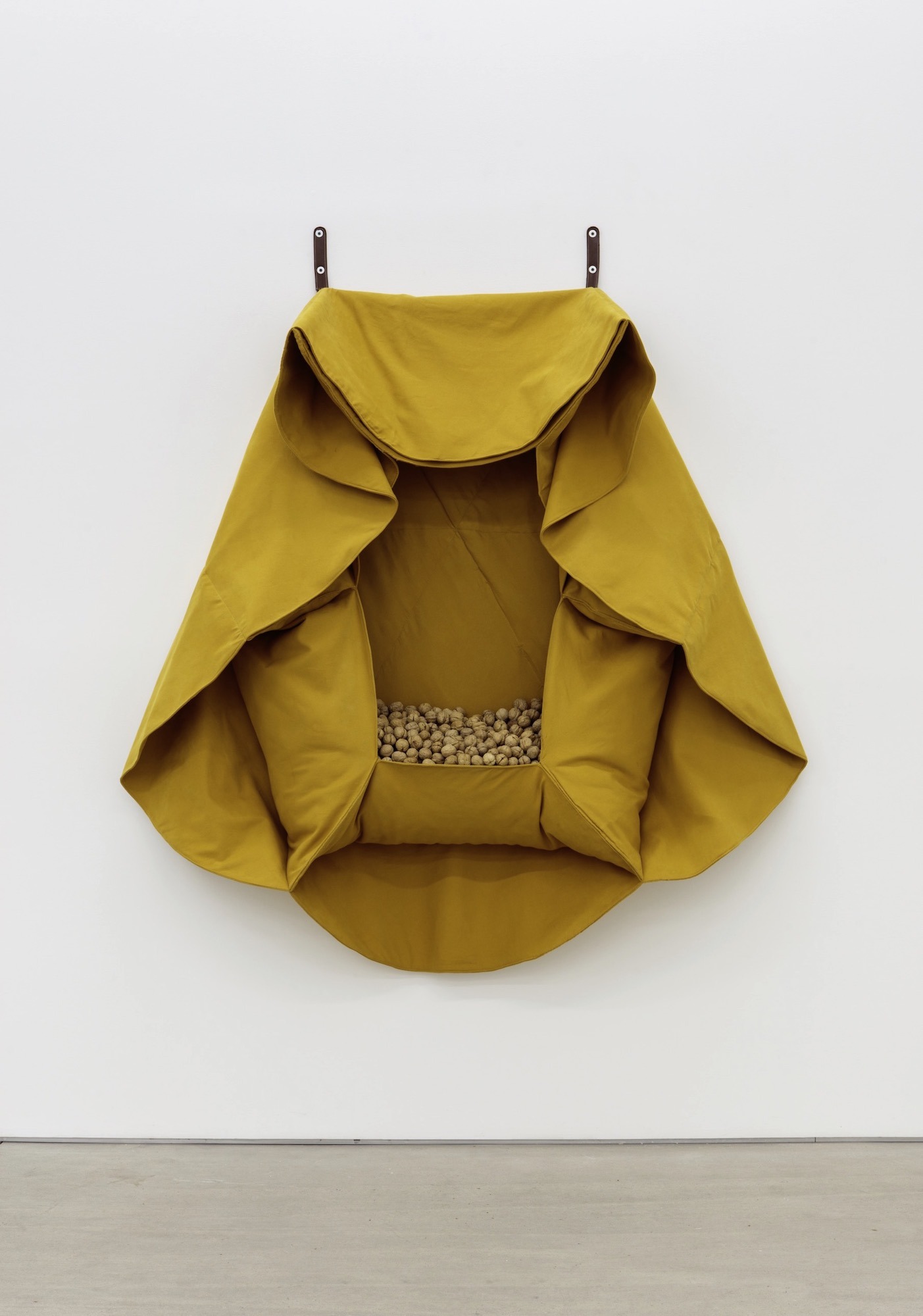 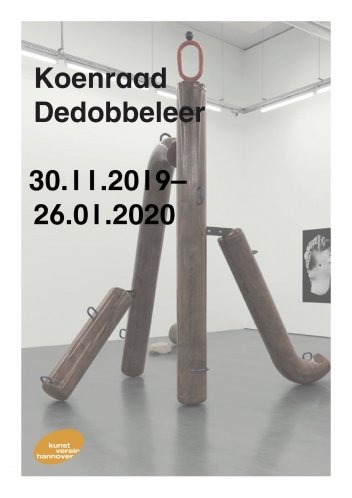 Koenraad Dedobbeleer’s (b. 1975 in Halle / BE, lives and works in Brussels) work sharpens our perception of various objects and their appearance – whether that’s as a sculpture that is simultaneously both a sculpture and the pedestal of a sculpture; a photograph showing a sculpture – or rather an object that can be read as a sculpture because of its arrangement – or found objects that have been enlarged and still allude to their original while assuming a different form at the same time. Seemingly everyday objects are freed from their conventional utility value and re-evaluated through their contextualization. Koenraad Dedobbeleer constructs references that turn out to be traps of perception, creating things whose individual elements appear familiar while maintaining an ability to perplex. The artist has been known to modify functional objects such as tables, perforated partition walls or columns at a given exhibition venue while often incorporating photographs, projections and films or individual text elements as well. Objects and elements are developed into larger units and then combined to create spaces where the individual parts comment on one other at various levels.

In his objects, installations, photographs and journalistic projects, he develops new perspectives on what is collectively known while simultaneously calling for new ways of dealing with it. His point of departure is typically situations or objects that he encounters in everyday life – especially architectural contexts or the objects we use to structure or design our living environment. Another important component of his work are the artistic traditions of the avant-garde, which he often associates with his own alienating approach to the familiar. This he achieves through minimal shifts in form, size or materiality, surprising combinatorics and bizarrely dominant titles, as well as his own palpable delight in questioning the structures of the art industry, in absurdity and bewilderment. His works and interventions turn the everyday upside down with a wink, offer a surprising platform to the inconspicuous, and are situated in a web of references to art historical protagonists, works, and anecdotes.

Belgian artist Koenraad Dedobbeleer’s solo exhibition at Kunstverein Hannover is a joint cooperation with Wiels contemporary art center in Brussels and Kunst Museum Wintherhur. The artist’s exhibition in Hannover will consist in further works developed especially for the space. The interplay between outside and inside, which is sometimes overlooked in the museum architecture of the Kunstverein, will receive special attention through the site-specific installations that the artist is planning. For example, he will address and elegantly stage the partially non-existent or invisible heating systems and other special features of the rooms.

Content-related research on Hannover, particularly on the significance of artistic spaces such as those of El Lissitzky and Kurt Schwitters, but also on the importance of Alexander Dorner, will form the basis of the exhibition. In this way, Dedobbeleer will draw specific reference to Kunstverein Hannover both formally (spatially) and in terms of content (historically).
www.kunstverein-hannover.de