A rock that keeps tigers away 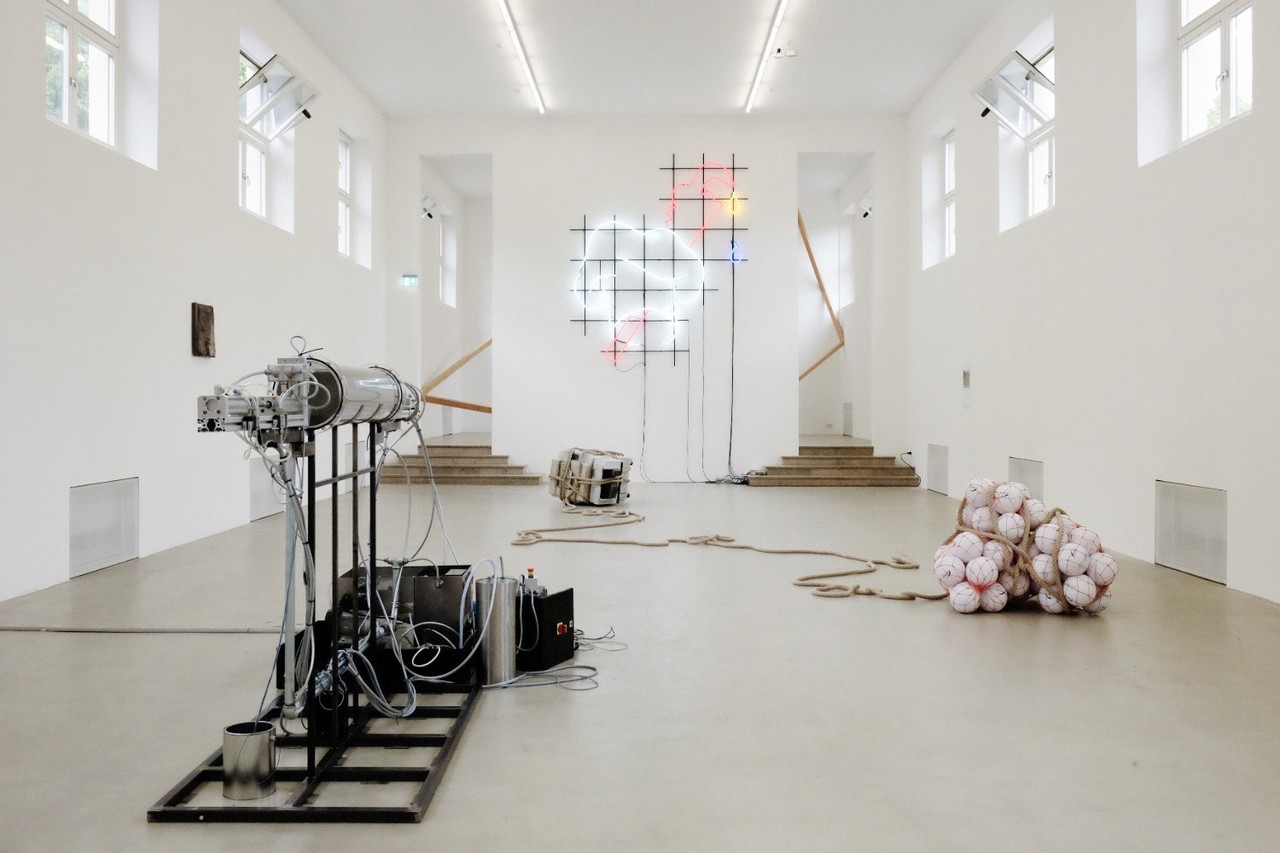 From July 15 until September 17, 2017, Kunstverein München presents A rock that keeps tigers away, an exhibition featuring new and recent works by Beth Collar, Tania Pérez Córdova, Jason Dodge, Laura Kaminskaite, Simon Dybbroe Møller, Francesco Pedragio, Adrien Tirtiaux, Freek Wambacq, and Herwig Weiser. Together, their works contest common notions of cause and effect by considering the inextricable relation between causation and correlation. The project will consist of an exhibition spanning the Kunstverein’s three main exhibition rooms, foyer, and Kino, along with a special program of screenings, performances, and lectures, and a new publication (co-produced with Roma Publications, Amsterdam).

Homer: Not a bear in sight. The Bear Patrol must be working like a charm.
Lisa: That’s specious reasoning, Dad.
Homer: Thank you, dear.
Lisa: By your logic I could claim that this rock keeps tigers away.
Homer: Oh, how does it work?
Lisa: It doesn’t work.
Homer: Uh-huh.
Lisa: It’s just a stupid rock.
Homer: Uh-huh.
Lisa: But I don’t see any tigers around, do you?
Homer: Lisa, I want to buy your rock.

Newton said that for every action, there must be an equal and opposite reaction – nothing happens without being caused! But modern physics, psychoanalysis, recent ‘object-oriented’ philosophy and affect theories, as well as many contemporary artists, dispute this conception. And this has yielded more nuanced views on how things interact, relate, and associate. The exhibition surveys how artists identify correlations and coincidences to connect disparate phenomena across time and space, how simple shifts in circumstances yield palpable results elsewhere, and how the juxtaposition of objects modifies their individual meaning, utility, and apprehension.

Alongside the exhibition, a new publication has been produced – the ninth in the Companion series. Featuring philosophical essays, timelines, quotations, poems, ‘spurious correlations’, interviews, and other materials, the publication serves both as an extension of the exhibition and as a theoretical grounding.
www.kunstverein-muenchen.de