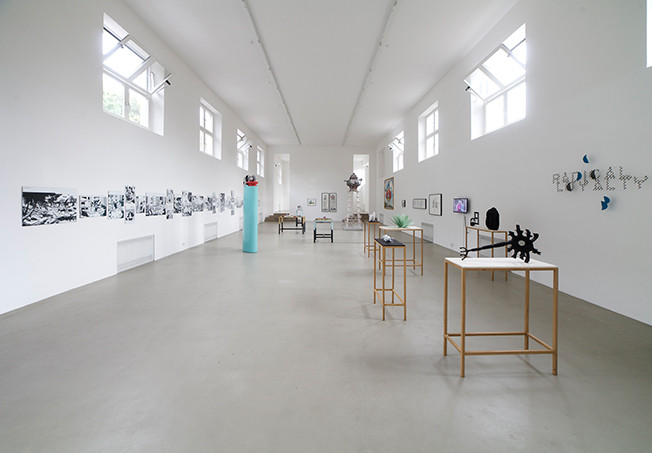 For this exhibition, variant public art proposals, satirical reflections and unmade commissions are brought together to address different notions of regeneration within ongoing discussions over the role of art in the public realm. By confronting the structures that shape our built-up environment, the artworks in ‘Regenerate Art’ considers unrealisation as means of artistic production, intent or negotiation.

Such hypotheticals tend to reveal the circumstances and conditions involved in commissioning processes, which often determine what art appears in the public realm. In particular, the works in this show speculate upon the machinations behind the regenerative prospect of public art, whether from the point of view of an artist or a fictional viewpoint of a commissioner. Each of the projects are characterised and informed by the specific contexts of their localities in regions of Germany, Estonia, the Balkan states, and England, when public art is incorporated in urban planning as a strategy to build capital, aesthetically problem-solve or vitalise areas in need of redevelopment. As such, ‘Regenerate Art’ creates an alternative reality where public art profoundly reflects its surroundings, in which artists respond to criteria such as the privatisation of the public sphere and artistic instrumentalisation within neoliberal cultural policy.

Furthermore, the exhibition demonstrates how artists have, sometimes humorously, interpreted or critically engaged with ideas of ideology and form in public art. For example, where Lukas Duwenhögger’s unrealised proposal for a memorial remembering homosexual victims of National Socialism questions the very appearance and aesthetic decree of what constitutes the monumental, Aleksandra Domanović’s film-essay Turbo Sculpture frames a recent Balkan phenomenon of civic sculpture based on Western pop cultural figures rather than traditional heroic effigies in so-called ‘post-ideological’ societies. In this respect the exhibition is aesthetically charged - purposefully emphasising the visual over archival material and documentation, to illustrate applied meanings of regeneration, whether of urban space, through cultural healing or in relation to the body.
www.kunstverein-muenchen.de