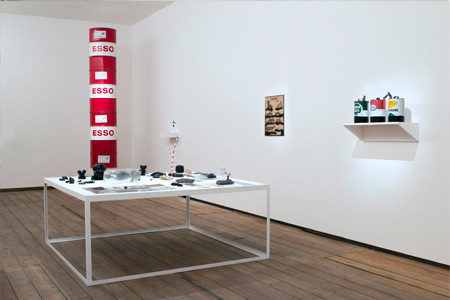 The work of the Mexican Minerva Cuevas has gained recognition in the art world for his remarkable ability to shake the conscience of its viewers.

His projects are characterized by the use of art as a means of critical investigation of social reality, linking with the activism and the denunciation of the world capitalist system. Facing the dominant ideology that establishes and justifies this system, the artistic production of Cuevas has questioned ideological icons ranging from the concept of patriotism to the clown Ronald MacDonald. It has also developed the project Mejor Vida Corp., in order to demonstrate that other forms of socialization, humane and egalitarian, are possible.

The exhibition is presented here, the more complete sample has been exposed so far of the work of Cuevas, retrospective includes a selection, by the curator Patrick Charpenel of pieces in various media that can assess all of his artwork. The exhibition also includes pieces made especially for the occasion.
www.kurimanzutto.com