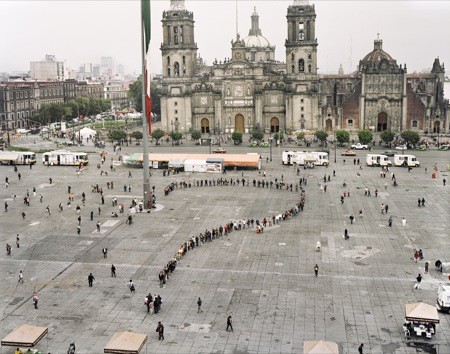 For this exhibition Rirkrit Tiravanija has chosen to reactivate some of the most significant work of Július Koller, such as Universal Futurological Question Mark (UFO), which was originally formed on a hill in 1978 by Koller and a group of kids. Recently, a question mark was formed by a group of people at the Zócalo in downtown Mexico City to be documented and presented in kurimanzutto.
www.kurimanzutto.com