B-ZONE. Becoming Europe and Beyond 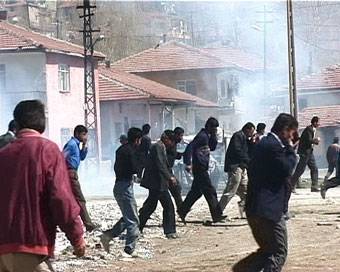 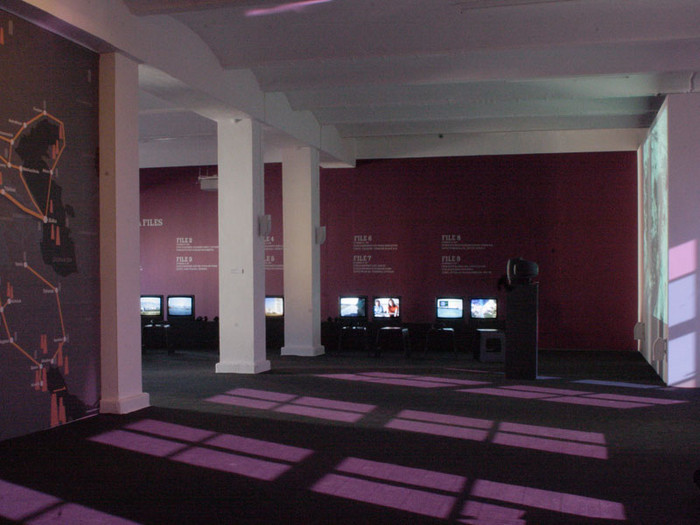 B-ZONE is a territorial research and collaborative art project on the transformation of the social and political geographies stretching from Southeast Europe (the Balkans) to Turkey and the Caucasus. Each of the three core projects follows the trajectory and history of a large-scale transnational infrastructure laid down in the territories of former communist states. The Black Sea Files by Ursula Biemann explores the new pipeline connecting Baku, the world's oldest oil capital on the Caspian shore, with the Mediterreanean; Postwar Footprints by media researcher Lisa Parks investigates telecommunication and satellite infrastructure before and after the Balkan wars; and Timescapes, a project by Angela Melitopoulos with partners in Ankara, Athens and Belgrade, follows the EU-financed "Corridor X" along the Yugoslav "Highway of Brotherhood and Unity," the historic migration route connecting Germany with Turkey. The exhibition B-ZONE investigates the implications of these distinct infrastructures as sites of lived experience against the backdrop of neocolonial economic strategies, mass migration and war, while at the same time questioning the democratic character of the current ideologies of capitalist "integration" prevailing since the collapse of the Soviet bloc, which are assumed to be progressive and of historical necessity. Beyond the simple accumulation of information and facts, these artistic and theoretical approaches interlace the symbolic production of subjective and collective spaces of representation with the "silent language" of infrastructure.

An extensive publication accompagnying the exhibition including contributions by Maurizio Lazzarato, Ginette Verstraete, Andaluna Borcila and Nermin Saybasili among others is being published by ACTAR and KW Berlin.

Introduction to the projects by Ursula Biemann, Lisa Parks and Angela Melitopoulos on Saturday, December 17 from 4 - 7 pm, 3rd floor, KW.

The publication and the exhibition were supported by the Research and Development Department at the University of Art and Design, Zurich.