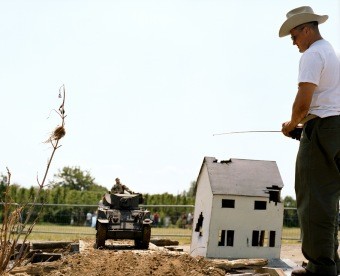 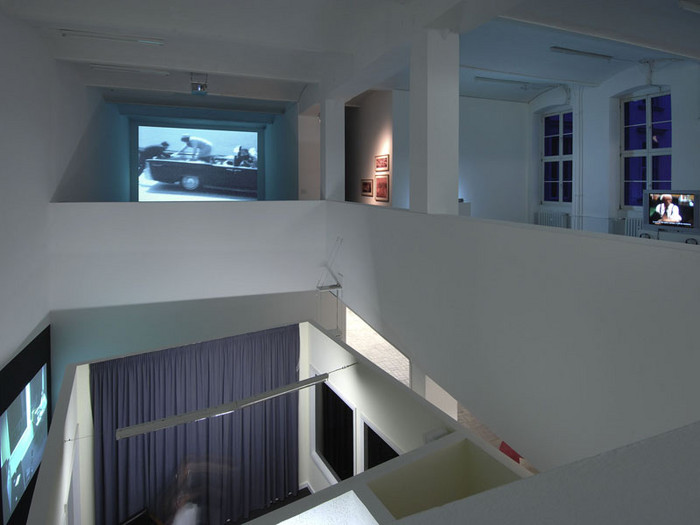 The exhibition History Will Repeat Itself focuses on current strategies of re-enactment in contemporary (media) art and performance, and presents the positions and strategies of 22 international artists.

In general, the term re-enactment is used to describe a historically correct recreation of socially relevant events. In a re-enactment, the audience, which normally remains passive or at a certain distance from the documented event, either becomes immediate witness of a (repeated historical) event that unfolds in front of its eyes, or even protagonist in an action in which it actively participates. Re-enactments have become more and more popular in recent years, similar to other popcultural practices such as “Living History” or role playing games. The re-creation of historical battles or important events seem to exert a fascination particularly because they provide the opportunity to gain a different entry into history by re-experiencing it.

In contemporary art there has been an increasing number of artistic re-enactments. For example, in his work The Battle of Orgreave (2001), the British artist Jeremy Deller re-enacted a violent clash between miners and police from the year 1984, working with the former miners, police and other re-enactors. Unlike popular historical re-enactments, artistic re-enactments are not performative re-stagings of historic situations and events that occurred a long time ago. Instead, events (often traumatic ones) that are viewed as very important for the present are re-enacted. Therefore artistic re-enactments do not simply affirm what has happened in the past, but question the present by taking recourse to historical events that have left their traces in collective memory.

Because history and memory are seldom directly experienced but more often mediated through media, re-enactments also represent an artistic scrutinization of media images. They do not naively ask what really happened beyond the representations of the historical events. Rather, they replace these media based images with a direct and often physical experience and at the same time point out the way in which our collective memory is based on media.

History Will Repeat Itself is a cooperation between Hartware MedienKunstVerein in Dortmund and KW Institute for Contemporary Art in Berlin, and is the first comprehensive exhibition in Germany dealing with the topic, or strategy, of re-enactment. After its first venue in Dortmund the exhibition is now on view at KW in Berlin from November 18, 2007 until January 13, 2008.