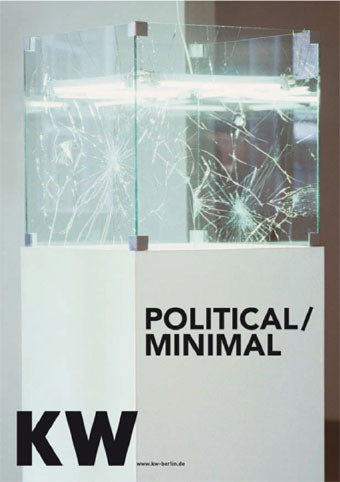 The exhibition Political/Minimal presents art works from the past forty years that are minimal in form and political in content.

The works reference Minimalism and formally delineate themselves with it. They are characterized by two- or three-dimensional shapes such as circle, square, sphere, or cube. However, the focus of these works lies not on geometrical abstraction or pure aesthetics. On the contrary, ecological, social, economic, and ethical statements are their conceptual framework. The works’ titles, materials, or context of production refer to larger narratives.

Political/Minimal finds its points of departure from the tension between the self-referential aesthetics of Minimalism and the often outspokenly critical nature of artistic practice.