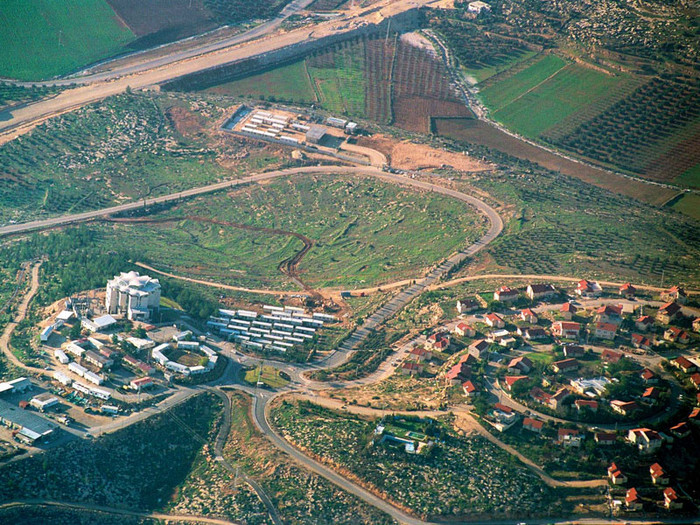 The exhibition Territories at KW Institute for Contemporary Art deals with the production of space, its conquest, occupancy, defense and control. In the context of the global fragmentation of physical and cultural space, the analytical, cartographic and artistic contributions to this exhibition develop and examine the processes of the production of space and its social and political implications. Territories presents new works by architects, artists and art-collectives that reflect the increasing interest in interdisciplinary methods and practices in the fields of geography, architecture, and the planning of space.

The exhibition's starting point is the examination of the political role of architecture in Israel and the Middle East. This reflects the numerous debates that have taken place in Israel over the past several years about the settlements, the use of architecture as a strategic weapon and the role of planners and architects. The exhibition will show works of the most important protagonists in this discussion. The work of the architect team of Eyal Weizman and Rafi Segal (Tel Aviv/London) analyses the politics of the occupied territories in the essay entitled A CIVILIAN OCCUPATION. Sharon Rotbard and Zvi Efrat's contributions examine the historical contexts; the developments between utopian architecture, military function and modern Israeli architecture.

The Italian group MULTIPLICITY further contextualize the subject matter with an extensive research project on specific border devices in Israel/Palestine, the Mediterranean and world-wide, produced in collaboration with the Venice Biennale 2003. The Berlin based group AnArchitektur have done research on 'extra-territorial' spaces for example about Guantanamo Bay and the redefinition of international human and civil rights. The American born artist, Sean Snyder, who now lives in Berlin, has produced a new installation on 'territorial islands' such as Gated Communities and the American military bases in Europe. A video installation by Joachim Koester and Matthew Buckingham on the 'free state' of Christiania in Copenhagen contextualizes these themes reflecting on utopian spaces and various stories of inclusion and exclusion.

The extensive publication accompanying the exhibition is published by KW Institute for Contemporary Art with Buchhandlung Walther König and Storefront for Art and Architecture in New York. The Publication is in English and contains approximately 300 pages and 20 texts.

This exhibition at KW has been made possible thanks to the support of Hauptstadtkulturfonds Berlin. Thanks to: Kodak, Statens Museum for Kunst.

From June 02 to 07, alongside the Territories exhibition, there will be a temporary Radio station ERSATZRADIO - sieben Tage Raumkontrolle (ERSATZRADIO - Seven Days of Space Control) on 104,1 and a series of dialogues in KIOSK/ KNOCK für nützliches Wissen - a mobile research unit by Project ErsatzStadt, Volksbühne am Rosa-Luxemburg-Platz, which takes place in Villa Elisabeth, Invalidenstraße 4.
www.kw-berlin.de