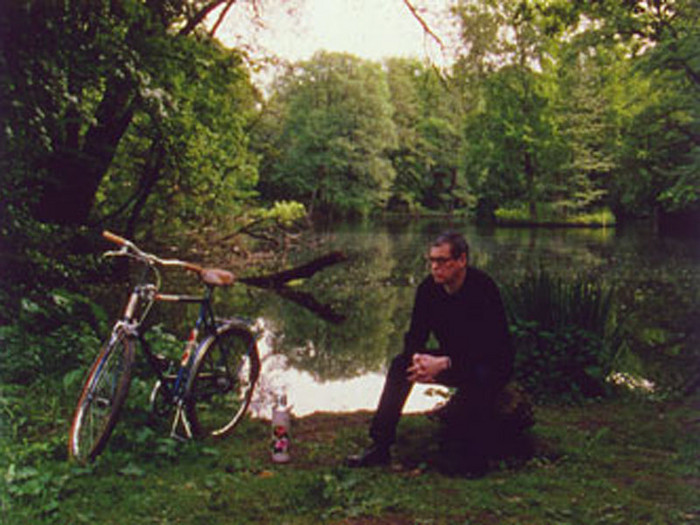 The Imaginary Number is a collection of nine single projects and new groupings of works, including drawings, installations, sculptures and video and film installations. Not primarily a thematic exhibition, the independent works on display share some motifs on various levels, mainly their concern with the complex magic of the everyday - the role of the imaginary in the way we shape and make sense of the world.

In mathematics, the imaginary number makes it possible to solve equations that have no solution in the realm of "real numbers" - the square root of -1 is defined as the imaginary unit i. Initially considered whimsical, the concept of the imaginary unit gained recognition as a profoundly useful instrument in mathematics. Rather than being the description of an antagonism or an irrational illusion or a trick, the imaginary unit opens up a new possibility, a vertical dimension to the horizontal dialectics of positive/negative of the system of "real" numbers.

Used as a metaphor, i suggests the possibility of a passage into the respective, “imaginary”, dimensions of a given reality. Borrowing the title from the abstract field of mathematics allows rethinking the real of reality and the unreality of the imaginary. Each of the following works break the emotional and conceptual habits that limit and predetermine the many ways we imagine reality and allow reality to govern our imagination.

Edgar Arceneaux's selected drawings all use the same methodology, questioning the politics of naming, identity and historical narrative. The video Canadian Rain by Trisha Donnelly shows the artist executing a series of unfamiliar gestures, attempting to "create" rain in a distant Canadian forest - the sincere exercise being a demonstration of unthinkable possibilities of the mind and will power. In the main hall, Omer Fast's major new work Godville is constructed from interviews with interpreters of eighteenth-century characters in Colonial Williamsburg, a living-history museum in Virginia, U.S.A. Through cutting and pasting, sampling and remixing the interviews word by word into new sentences, a composite narrative emerges in which temporal markers are blurred and the two biographies of each speaker, real and fictional, are blended into a single rambling whole. In the basement, Rodney Graham's installation Phonokinetoscope shows the artist re-enacting the first acid trip taken by the synthesiser of LSD, Dr. Albert Hofmann, in 1943. On the first floor, Simon Dybbroe Møller shows Outside Awareness, a new body of work consisting of miraculous architectonic interventions and sculptures turning past and present and construction and destruction upside down. In Dieu, a video by Valérie Mréjen filmed in Israel, eight people born and raised in ultra-Orthodox Jewish families speak about their departure from religion to secularism. On the second floor, Jimmie Durham shows his sculpture Do you say I am lying? Of course not, we are friends. We never lie to each other. When precision limits us we use words that will lie for us next to the installation Again for tomorrow 4 (before 3) by David Maljkovic, a kind of a static, futuristic travel machine. In the attic, the exhibition concludes with Klaus Weber's installation Sick Fox, a duet between an ape-man and a pack of crickets to the rhythm of a fortuitous fountain.

Curated by Anselm Franke and co-curated by Hila Peleg, The Imaginary Number is the first of a series of exhibitions and projects in the future KW programme that engages with the social aspects of imagination and the realities of systems of belief. Among smaller events, this series will find its continuation in the Summer of 2006 with a collaborative exhibition by Natascha Sadr Haghighian, Judith Hopf and Ines Schaber on invisibility, haunting and the phenomena of spectrality.

A booklet designed by Manuel Raeder will be available.