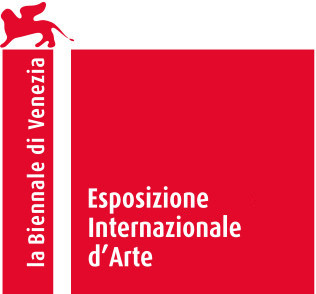 La Biennale di Venezia is one of the world’s most important forums for the dissemination and illumination of current developments in international art. The title of the 54th International Art Exhibition, ILLUMInations, literally draws attention to the importance of such endeavours in a globalized world. As the biggest and oldest Biennale, la Biennale di Venezia has always been buoyed by an international spirit, and even more so now in an age in which artists themselves have become multifaceted, discerning migrants and cultural tourists.

Questions of identity and heritage have long been crucial to contemporary art and the intensity of artistic inquiry into these issues is unlikely to diminish in the near future. Art is a seedbed for experimentation with new forms of “community” and for studies in differences and affinities that will serve as models for the future. The title also suggests a wide range of associations, from Arthur Rimbaud’s wildly poetic “Illuminations” and Walter Benjamin’s “Profane Illuminations” on the surrealist experience to the venerable art of mediaeval illuminated manuscripts and the philosophy of illumination in 12th century Persia.

ILLUMInations emphasizes the intuitive insight and the illumination of thought that is fostered by an encounter with art and its ability to sharpen the tools of perception. While the last Biennale “Making Worlds” highlighted constructive creativity, ILLUMInations will focus on the “light” of the illuminating experience, on the epiphanies that come with intercommunicative, intellectual comprehension. The Age of Enlightenment also resonates in ILLUMInations, testifying to the enduring vibrancy of its legacy. Despite the fact that, in recent years, the idealization of enlightened reason and a specific brand of European western scholarly practice have come under fire, we cannot help respecting and even defending their value particularly in regard to the debate on human rights.

In organizing a Biennale today, it is vital to bear in mind that contemporary art is characterised by collective tendencies and fragmented identities, by temporary alliances and objects in which the transitory is inscribed – even if they are cast in bronze. The expansive drive that has propelled art since the 1960s has turned inwards. Art no longer cultivates the pathos of anti-art. Perception is now focused on the foundations of culture and art in order to illuminate semantic conventions from within. On one hand, the artefact has given way to an emphasis on process, while, on the other, the revival of “classical” genres like sculpture, painting, photography and film is motivated by an interest in dissecting their codes and activating their dormant potential. These concerns go hand-in-hand with another aspect that is of great relevance today: art strongly engages and commits its viewers.

Many of the works presented at the 54th International Art Exhibition have been created especially for the occasion by such artists as Monica Bonvicini, James Turrell, Nicholas Hlobo, Norma Jean, R.H. Quaytman, Haroon Mirza, Loris Gréaud, Carol Bove, Gelitin, Dayanita Singh, and Christopher Wool, often referring directly to the theme of ILLUMInations. In it works by the Venetian painter Jacopo Tintoretto (1518-1594) will play a prominent role in establishing an artistic, historical and emotional relationship to the local context. These paintings exert a special appeal today with their almost febrile, ecstatic lighting and a near reckless approach to composition that overturns the well-defined, classical order of the Renaissance. Although self-reflection is a defining factor of contemporary art, it rarely moves beyond the territory covered by the history of Modernism. The incorporation of Tintoretto’s work from the 16th century into la Biennale di Venezia transmits unexpected, stimulating signals and casts light on the conventions of the art trade regarding both old and contemporary art. The analogies of interest in this juxtaposition are not formal in nature but rather reinforce the significance of works of art as visual vehicles of energy.

The 54th International Art Exhibition should emerge and develop in a process of inspired exchange and mutual stimulation with the artists. We asked four artists (Monika Sosnowska, Franz West, Song Dong and Oscar Tuazon) to create so called “parapavilions” to host other artists’ works. Although ILLUMInations is primarily focused on the presentation of younger artists, an older generation will also be represented, whose vibrant, highly contemporary work deserves to be showcased, for instance Llyn Foulkes (*1934), Luigi Ghirri (*1943-1992), Jack Goldstein (*1945-2003), Gedewon (*1939-1995) and Jeanne Natalie Wintsch (*1871-1944).

Art is a highly self-reflexive terrain that cultivates a lucid take on the outside world. The communicative aspect is crucial to the ideas underlying ILLUMInazioni, as demonstrated in art that often declares and seeks closeness to the vibrancy of life. This is more important now than ever before, in an age when our sense of reality is profoundly challenged by virtual and simulated worlds.

GELITIN
Founded in 1978
It works in Wien, Austria

Jean-Luc Mylayne
Born in France, 1946
Lives and works in the world

Navid Nuur
Born in Tehran, Iran, 1976
Lives and works in The Hague, Holland

CROATIA
One Needs to Live Self-Confidently... Watching
Antonio G. Lauer aka Tomislav Gotovac and BADco
Commissioners/Curators: What, How And for Whom / WHW. Venue: Pavilion at Arsenale
www.croatiavenice2011.whw.hr

KOREA, Republic of
The Love is gone but the Scar will heal
Lee Yongbaek
Commissioner: Yun Chea Gab. Venue: Pavilion at Giardini