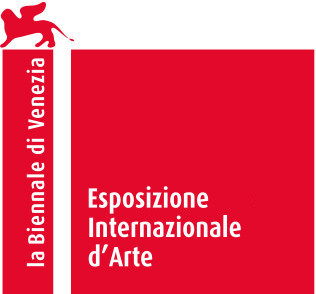 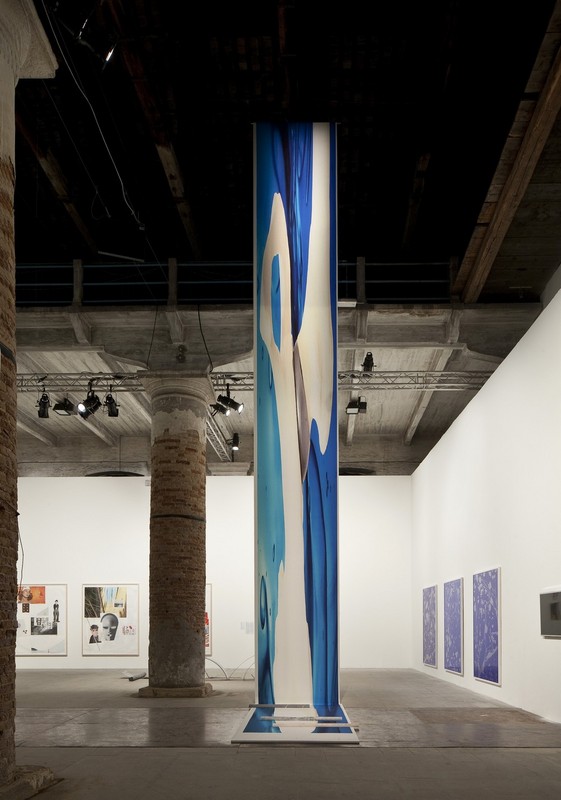 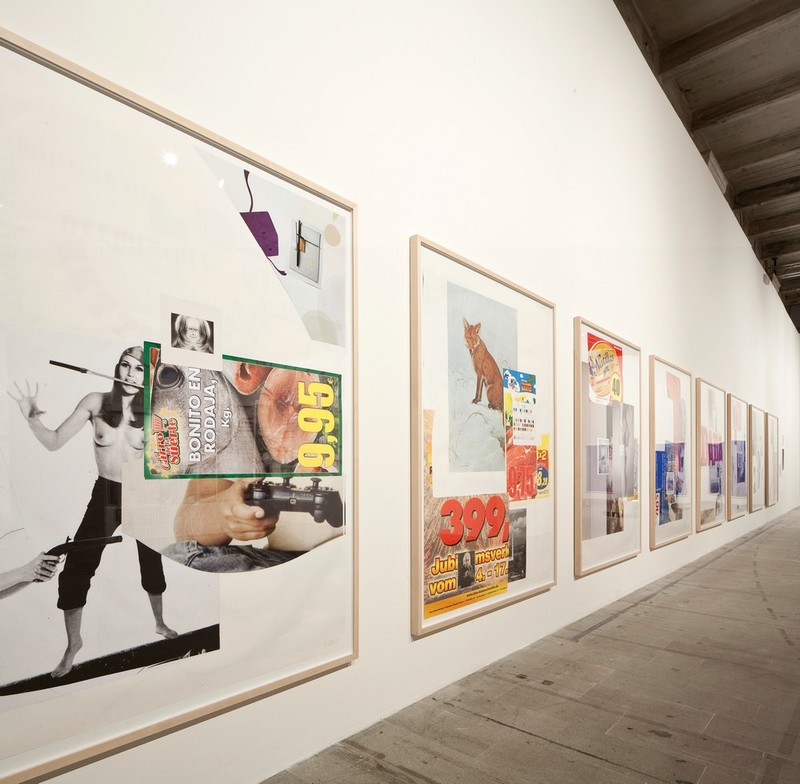 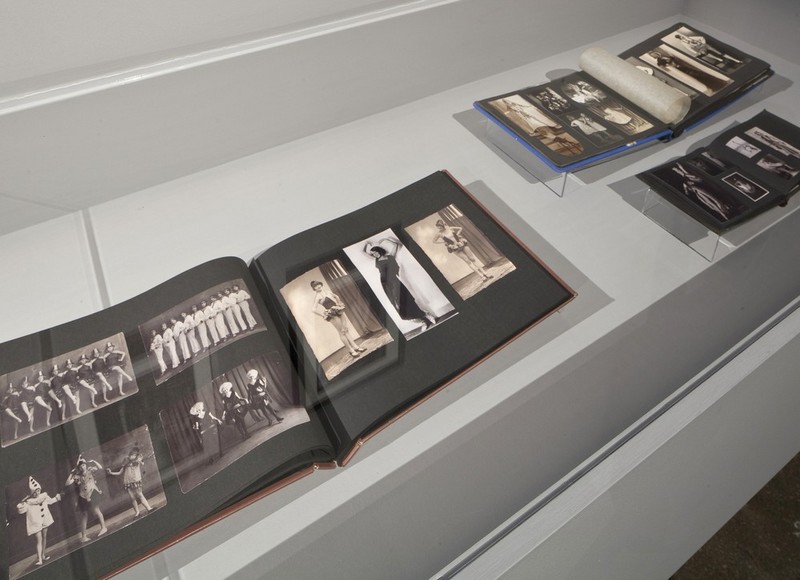 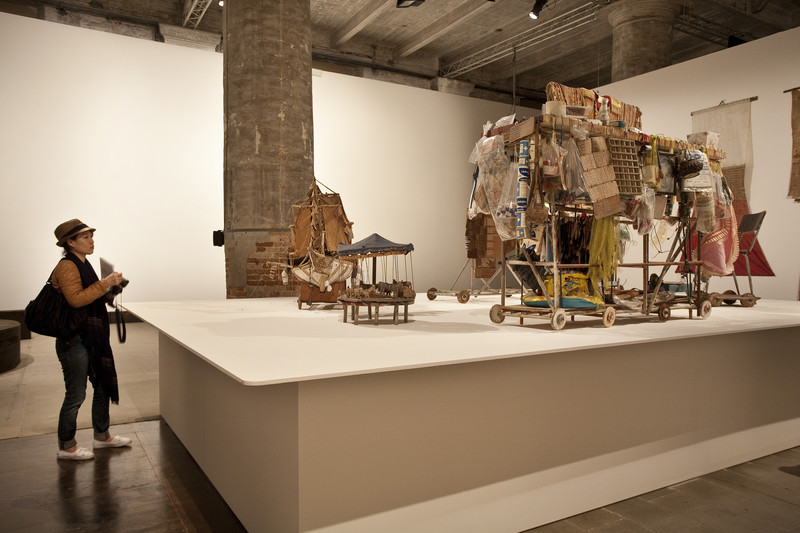 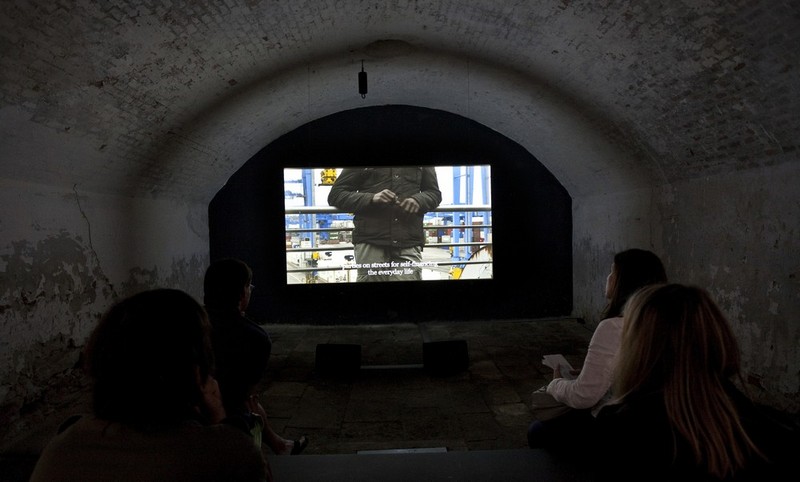 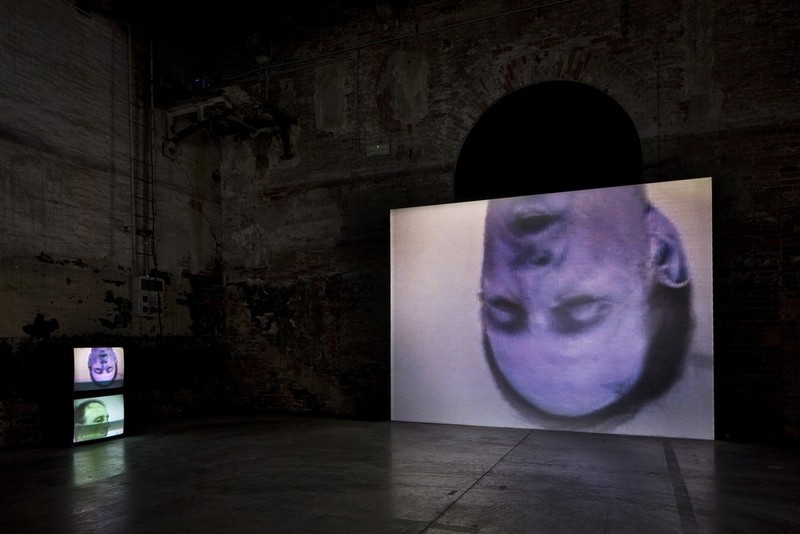 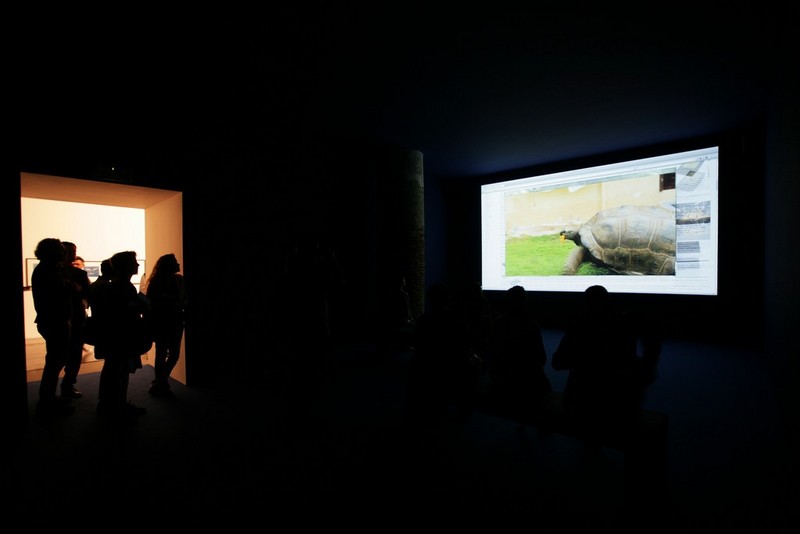 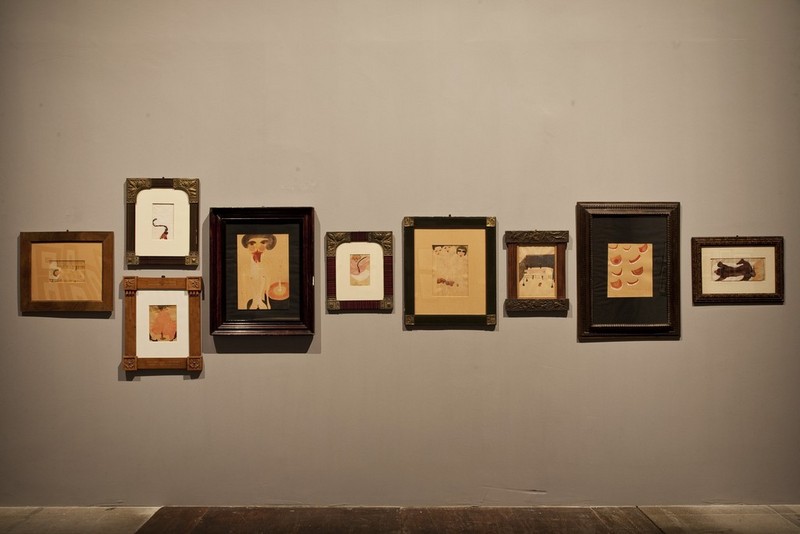 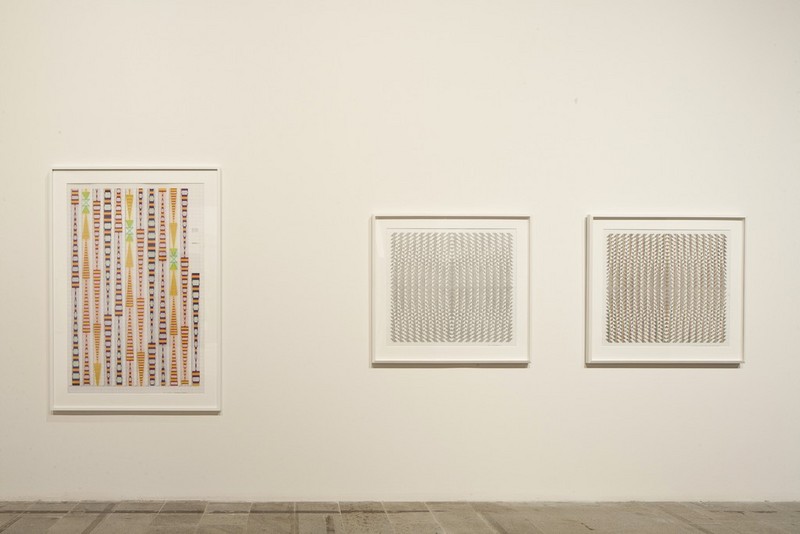 On November 16, 1955, self-taught Italian-American artist Marino Auriti filed a design with the U.S. Patent office depicting his Palazzo Enciclopedico (The Encyclopedic Palace), an imaginary museum that was meant to house all worldly knowledge, bringing together the greatest discoveries of the human race, from the wheel to the satellite.

Holed up in his garage out in the middle of the Pennsylvania countryside, Auriti worked on his brainchild for years, constructing the model of a 136-story building that would stand seven hundred meters tall and take up over sixteen blocks in Washington, D.C.

Auriti’s plan was never carried out, of course, but the dream of universal, all-embracing knowledge crops up throughout the history of art and humanity, as one that eccentrics like Auriti share with many other artists, writers, scientists, and self-proclaimed prophets who have tried—often in vain—to fashion an image of the world that will capture its infinite variety and richness.

These personal cosmologies, with their delusions of omniscience, shed light on the constant challenge of reconciling the self with the universe, the subjective with the collective, the specific with the general, the individual with the culture of her time. Today, as we grapple with a constant flood of information, such attempts to structure knowledge into all-inclusive systems seem even more necessary and even more desperate. The 55th International Art Exhibition explores these flights of the imagination in a show that—like Auriti’s Encyclopedic Palace—combines contemporary artworks with historical artifacts and found objects.

With works spanning over the past century alongside several new commissions, and with over one hundred and fifty artists from more than thirty-seven countries, the exhibition is structured like a temporary museum that initiates an inquiry into the many ways in which images have been used to organize knowledge and shape our experience of the world.

Blurring the line between professional artists and amateurs, outsiders and insiders, the exhibition takes an anthropological approach to the study of images, focusing in particular on the realms of the imaginary and the functions of the imagination. What room is left for internal images—for dreams, hallucinations and visions—in an era besieged by external ones? And what is the point of creating an image of the world when the world itself has become increasingly like an image?

The exhibition opens in the Central Pavilion with a presentation of Carl Gustav Jung’s Red Book, an illustrated manuscript that the famous psychologist worked on for over sixteen years. A collection of visions and fantasies, Jung’s Red Book ushers in a meditation on inner images and dreams that runs throughout the show.

The exhibition brings together many examples of artworks and figurative expressions that reveal approaches to visualizing knowledge through representations of abstract concepts and manifestations of supernatural phenomena. In the galleries of the Central Pavilion, intertwined with works by contemporary artists, are the abstract paintings of Hilma af Klint, Augustin Lesage’s symbolic interpretations of the universe, the divinations of Aleister Crowley, and the apocalyptic premonitions of Friedrich Schröder-Sonnenstern. The ecstatic gift drawings of Shaker communities transcribe divine messages, while the drawings of shamans from the Solomon Islands are peopled by deities and demons that battle sharks and other sea creatures. The depiction of the invisible is a key theme of the show, as evidenced in the cosmographies of both Guo Fengyi and Emma Kunz, in the religious icons and danses macabres of Jean-Frédéric Schnyder, and in the video work by Artur Zmijewski, who filmed a group of blind people painting a world they cannot see.

A similar sense of cosmic awe pervades many of the other works on display, from Melvin Moti’s films to Laurent Montaron’s reflections on nature, all the way to the sublime landscapes of Thierry De Cordier. The tiny ceramic dreamscapes of Ron Nagle, the intricate floral patterns of Anna Zemánková, the mental maps of Geta Bratescu and the painted palimpsests of Varda Caivano describe an inner world where natural forms overlap with imaginary presences. These secret links between microcosm and macrocosm also animate Marisa Merz's hieratic figures and Maria Lassnig’s fleshly ones: both turn self-portraits and bodies into ciphers of the universe.

The exercise of the imagination through writing and drawing is a recurring motif in the exhibition. Christiana Soulou brings to life the imaginary beings catalogued by Jorge Luis Borges, while José Antonio Suárez Londoño translates into images the diaries of Franz Kafka. The rare stones collection of French writer Roger Caillois combines geology with mysticism, while the esoteric blackboard diagrams by pedagogue Rudolf Steiner feverishly relate the idealist dream of grasping and conveying the universe as a whole.

“The Encyclopedic Palace” is a show about obsessions and about the transformative power of the imagination. The alternative worlds dreamed up by artists as diverse as Morton Bartlett, James Castle, Peter Fritz, and Achilles Rizzoli are displayed alongside Shinro Ohtake’s conglomerations of found images and Carl Andre’s visual autobiography. The dynamic tensions between inside and outside, inclusion and exclusion are the subject of works that explore the role of imagination in prisons (Rossella Biscotti) and in psychiatric hospitals (Eva Kotatkova). Other places of confinement, real or fanciful, are depicted by Walter Pichler, who spent most of his life—which sadly came to an end in 2012—creating habitats for his sculptures, as if they were living creatures from another planet.

In the vast halls of the Arsenale, the exhibition is organized as a progression from natural to artificial forms, following the typical layout of sixteenth- and seventeenth-century cabinets of curiosities. Just like Auriti’s Palace, these baroque proto-museums brought together man-made and natural wonders to construct visual compendia of the world through a science of elective affinities and magical sympathies. This associative process of knowledge, through its heterogeneous ordering of objects and images, draws interesting parallels between the wunderkammer and today’s culture of hyper-connectivity.

In the drawings of Stefan Bertalan, Lin Xue and Patrick Van Caeckenbergh, we find stubborn attempts to decipher the code of nature, while the films of Gusmão and Paiva, and photographs of Christopher Williams, Eliot Porter, and Eduard Spelterini, examine ecosystems and landscapes with an infatuated gaze that longs to capture all the Earth’s spectacles, large and small.

Yüksel Arslan illustrates the encyclopedia plates of an imaginary civilization that resembles a slightly warped version of humanity. The aspiration to create a magnum opus like Auriti's Palace, that can contain and describe everything, flows through Arslan’s drawings as well as Robert Crumb’s visual chronicle of the Book of Genesis, Frédéric Bruly Bouabre’s cosmogonies, and the legends recounted by Papa Ibra Tall. Camille Henrot’s recent video work studies the creation myths of different societies, while the hundred clay sculptures of Fischli and Weiss offer a wry antidote to the romantic excesses of such sweeping visions of human history.

Video works by Neïl Beloufa and Steve McQueen, and paintings by Eugene Von Breunchenhein reflect various approaches to picturing the future, while memory serves as the point of departure for Aurélien Froment, Andra Ursuta, and many other artists in the exhibition.

At the center of the Arsenale, is a curatorial project by Cindy Sherman—a show within the show, made up of over two hundred works by more than thirty artists—which creates an imaginary museum of her own devising. Dolls, puppets, mannequins, and idols cohabit with photos, paintings, sculptures, religious insignia, and drawings by prison inmates, which together compose an anatomical theater in which to contemplate the role of images in the representation and perception of the self.

Bodies and desires are also at the core of Hito Steyerl’s cinematic investigation of the culture of hyper-visibility, and the latest documentary from Sharon Hayes, which presents a remake of Pier Paolo Pasolini’s study of sexuality, Comizi d’Amore.

As a contrast to the white noise of the information age, an installation by Walter De Maria celebrates the mute, gelid purity of geometry. Like all works by this legendary artist—a pioneering figure in conceptual, minimal and Land Art—this abstract sculpture is the result of complex numerological calculations—a self-contained system in which the endless possibilities of the imagination are reduced to an extreme synthesis.

Among the exhibition’s outdoor installations and performances—which include John Bock, Ragnar Kjartansson, Marco Paolini, Erik van Lieshout, and others, and extend to the very end of the Arsenale, in the Giardino delle Vergini—are works that take on and transform the sixteenth-century Venetian tradition of the Theatres of the World, visual allegories of the cosmos in which actors and temporary architectures were used to construct representations of the universe.

Through these pieces and many other works on view, “The Encyclopedic Palace” emerges as an elaborate but fragile construction, a mental architecture that is as fantastical as it is delirious. After all, the biennale model itself is based on the impossible desire to concentrate the infinite worlds of contemporary art in a single place: a task that now seems as dizzyingly absurd as Auriti’s dream.

Marino Auriti
Born in 1891 in Guardiagrele, Italy
Died in 1980 in Kennett Square, USA

Phyllida Barlow
Born in 1944 in Newcastle upon Tyne, UK

Arthur Bispo do Rosário
Born in about 1910 in Japaratuba, Brazil
Died in 1989 in Rio de Janeiro, Brazil

Roger Caillois
Born in 1913 in Reims, France
Died in 1978 in Kremlin-Bicêtre, France

Oliver Croy and Oliver Elser
Born in 1970 in Kitzbühel, Austria
Born in 1972 in Rüsselsheim, Germany

Jos De Gruyter and Harald Thys
Born in 1965 in Geel, Belgium
Born in 1966 in Wilrijk, Belgium

Norbert Ghisoland
Born in 1878 in La Bouverie, Belgium
Died in 1939 in Frameries, Belgium

Tamar Guimarães and Kasper Akhøj
Born in 1967 in Belo Horizonte, Brazil
Born in 1976 in Copenhagen, Denmark

Hans Josephsohn
Born in 1920 in Kaliningrad, Russia
Died in 2012 in Zurich, Switzerland

Carl Gustav Jung
Born in 1875 in Kesswil, Switzerland
Died in 1961 in Küsnacht, Switzerland

Maria Lassnig
Born in 1919 in Kappel am Krappfeld, Austria

Augustin Lesage
Born in 1876 in Saint-Pierre-les-Auchel, France
Died in 1954 in Burbure, France

Herbert List
Born in 1903 in Hamburg, Germany
Died in 1975 in Munich, Germany

Pierre Molinier
Born in 1900 in Agen, France
Died in 1976 in Bordeaux, France

Melvin Moti
Born in 1977 in Rotterdam, The Netherlands

Walter Pichler
Born in 1936 in Deutschnofen, Italy
Died in 2012 in Burgenland, Austria

Dieter Roth
Born in 1930 in Hanover, Germany
Died in 1998 in Basel, Switzerland

Viviane Sassen
Born in 1972 in Amsterdam, The Netherlands

Friedrich Schröder-Sonnenstern
Born in 1892 in Jasnoje, Russia
Died in 1982 in Berlin, Germany

Eduard Spelterini
Born in 1852 in Bazenheid, Switzerland
Died in 1931 in Zipf, Austria

Rudolf Steiner
Born in 1861 in Donji Kraljevec, Croatia
Died in 1925 in Dornach, Switzerland

Erik van Lieshout
Born in 1968 in Deurne, The Netherlands

Eugene Von Bruenchenhein
Born in 1910 in Marinette, USA
Died in 1983 in Milwaukee, USA