The Metamorphosis of Loïe Fuller 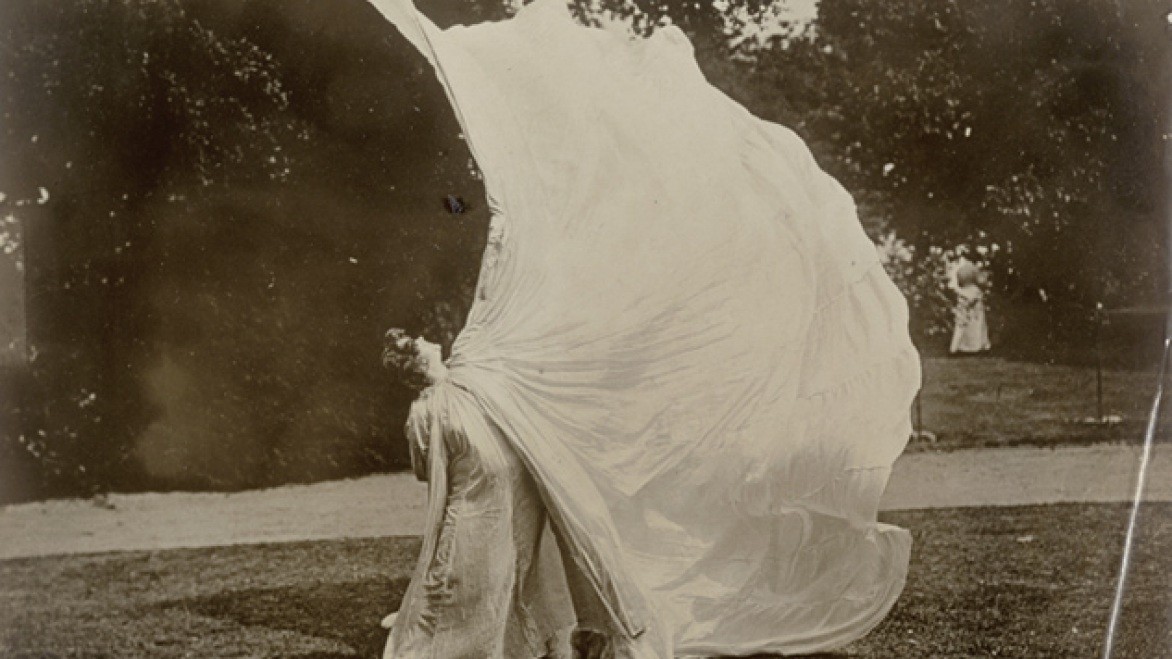 The exhibition Body Stages: The Metamorphosis of Loïe Fuller, open from 7 February to 4 May, celebrates the work of this avant-garde artist through photographs, documents and films from European and American collections. The show also includes a new film production, a tribute to Fuller created by La Ribot in collaboration with Carles Santos.
Loïe Fuller was born in Fullersburg, Illinois (modern-day Hinsdale), in 1862 and died in Paris in 1928. A dancer, choreographer, lighting specialist, inventor of visual effects, art curator, filmmaker and businesswoman, she became a living legend at a very young age, working in both the United States and Europe. She had a tremendous influence on the artists and intellectuals of her day. Giacomo Balla, Marie Curie, Camille Flammarion, Toulouse-Lautrec, the Lumière brothers, Stéphane Mallarmé, George Mèlies, Kolomon Moser, Auguste Rodin, Arthur Symons and Paul Valéry all spoke of her with admiration.

From the very beginning of her career, Fuller demonstrated her ability to transcend the status quo. She introduced new techniques and applied scientific knowledge to the stage, registered patents and produced and managed shows that travelled round the world.

Fuller recognised the dynamic energy inherent to the space of performance and shattered all linear discourses that emerged on the stage. She combined the body in motion, the way light enveloped it, the space in which it moved, colour and the power of emotion with the purest form of expression, creating a new formula that transcended the ideas of her time and has come down to us still brimming with power and energy. Understanding and sharing the legacy of this "artist of artists" is therefore a challenge, inviting us to gain a deeper knowledge of contemporary art.
www.lacasaencendida.es