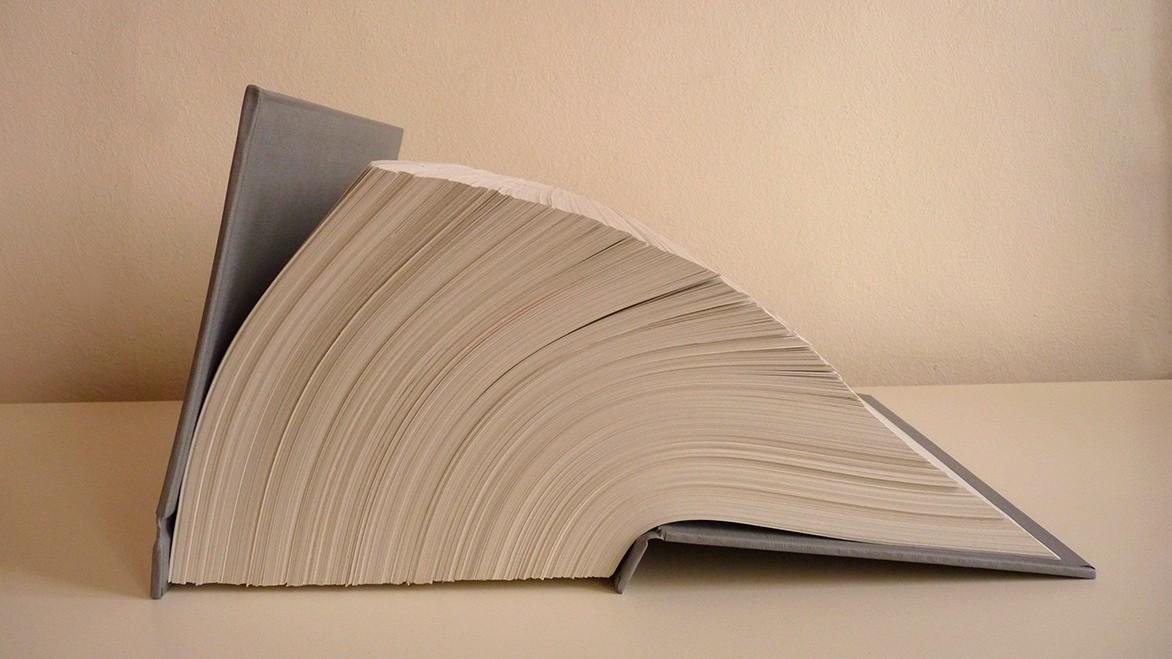 La Casa Encendida is pleased to present the group exhibition Uncommon Libraries, curated by Gloria Picazo. The basic premise of this show is the role of the library as a place that has been and remains a repository of the knowledge gathered and stored by human beings through the centuries.

We see the library as the story of a chimera, an illusion, a pipe dream, for if we view it as a container capable of holding the whole memory of the world, it will always end up being an "unattainable utopia". Yet there are many possible variations on that idea of the total library, and we can find them in libraries which, according to the rules and conventions long held sacred by library science professionals, would be considered personal, diverse, subjective, anarchical and uncommon.

Uncommon Libraries is a single project that combines the idea of the "infinite library"—insatiable, ever-changing and always open to knowledge of every kind—with the contributions of contemporary artists who, from the late 1960s to the present day, have revised the notion of libraries, archives and books as inexhaustible sources of knowledge. The artists included in this project were chosen based on their profound interest in books and artist's editions, a creative format which, despite its apparent marginality, figures prominently in their aesthetic discourses.

If we consider the library as the space where all knowledge is concentrated, as the quintessential hub of culture and democracy since public libraries first began to appear in the mid-19th century, then we must inevitably explore this theme from a variety of different angles: the importance of the library as a physical, architectural space, the singularity of its bibliographic collections, but also the possibility of seeing it as a mental space, as envisioned by Jorge Luis Borges, a space where knowledge overflows and we are overwhelmed by doubts when confronted by the idea of that "infinite library", as old as time itself. Legendary libraries like that of Alexandria, private, subjective libraries like Michel de Montaigne's, utopian libraries like the 18th-century architectural projects of Étienne-Louis Boullée, and even the acceptance and questioning of the "cloud", that massive archive which gathers the mind-boggling amount of data generated by today's society, comprise the thought-provoking landscape that underpins this exhibition.

The selected artists present their complete corpus of artist's editions in this show, and each has been assigned a different exhibition space depending on how they want spectators to read and observe their editions. The project features a selection of "personal libraries" containing artist's editions, classic books, drawings and personal belongings—something similar to what we might find in our own libraries.

In middle of the exhibition itinerary, visitors will find our own particular "restricted reading room", the place where rare, valuable or forbidden books were once kept, visited only by bibliophiles. The "reading room" of Uncommon Libraries contains publications by artists whose inventions gave new meaning to the concept of special editions in the 1960s and 70s, a genuine "bibliophile treasure trove".