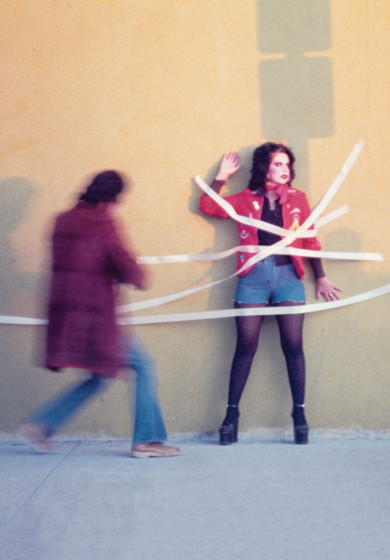 Asco: Elite of the Obscure, A Retrospective, 1972–1987 is the first retrospective to present the wide-ranging work of the Chicano performance and conceptual art group Asco. Asco (1972–1987) began as a tight-knit core group of artists from East Los Angeles composed of Harry Gamboa Jr., Gronk, Willie Herrón, and Patssi Valdez. Taking their name from the forceful Spanish word for disgust and nausea, Asco used performance, public art, and multimedia to respond to social and political turbulence in Los Angeles and beyond. ASCO remained active until the mid-1980s, contracting and expanding to include Diane Gamboa, Sean Carrillo, Daniel J. Martinez, and Teddy Sandoval, among others. Hear interviews with members of ASCO, below.
www.lacma.org