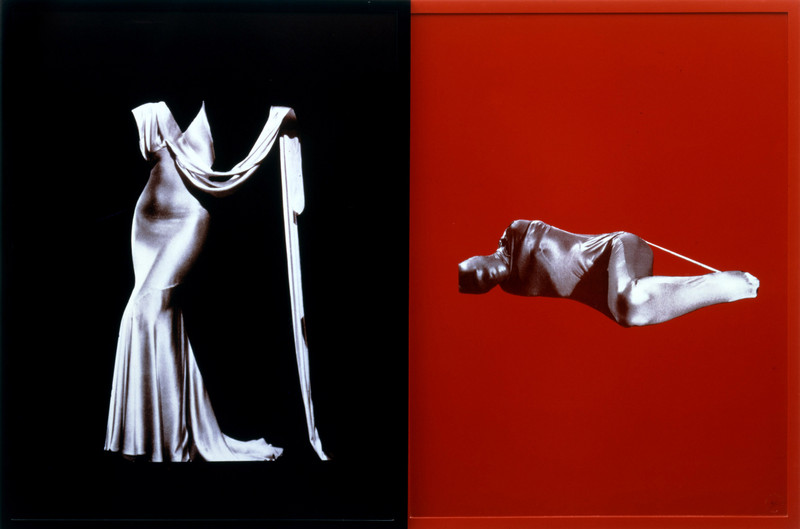 Culled entirely from LACMA’s permanent collection, this installation explores how the body was at the center of creative consciousness in the 1980s. During that decade, artists engaged the language of advertising and media, feminist and identity politics, and as the decade wore on, an increasingly urgent response to the AIDS crisis, to produce work that commented on the power and the fragility of the human body.

Organized as a companion to the exhibition Robert Mapplethorpe: The Perfect Medium, this installation places Mapplethorpe’s art in dialogue with a selection of work by other artists made during his decade of greatest productivity. Many of the featured artists were friends or acquaintances of Mapplethorpe, and like him, they placed issues of the body and sexuality at the center of their practice. Included are works by seminal figures of the period, including Nan Goldin, Sherrie Levine, Sarah Charlesworth, Marina Abramović, Tina Barney, Andres Serrano, Peter Hujar, and Kiki Smith.
www.lacma.org