Under the Mexican Sky: Gabriel Figueroa—Art and Film 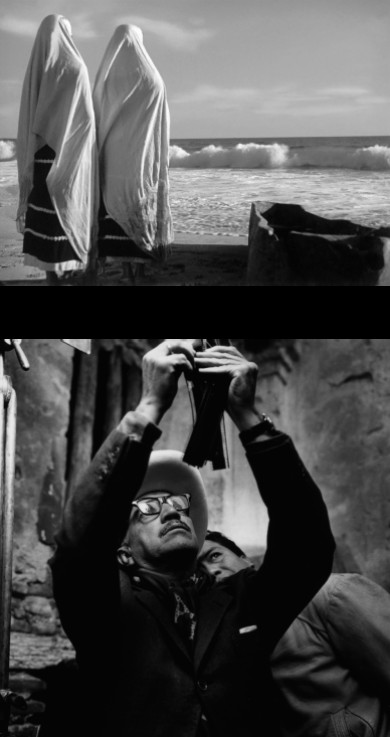 From the early 1930s through the early 1980s, the Mexican cinematographer Gabriel Figueroa (1907–1997) helped forge an evocative and enduring image of Mexico. Among the most important cinematographers of the so-called Golden Age of Mexican Cinema, Figueroa worked with leading directors from Mexico, the United States and Europe, traversing a wide range of genres while maintaining his distinctive and vivid visual style. In the 1930s, Figueroa was part of a vibrant community of artists in many media, including Diego Rivera, Jose Clemente Orozco, Edward Weston and Manuel Alvarez Bravo, who sought to convey the country’s transformation following the trauma of the Mexican Revolution. Later, he adapted his approach to the very different sensibilities of directors Luis Buñuel and John Huston, among others. Figueroa spoke of creating una imágen méxicana. His films are an essential part of the network of appropriations, exchanges and reinterpretations that formed Mexican visual identity and visual culture in the mid-twentieth century and beyond.

The exhibition features film clips, paintings, photographs, posters and documents, many of which are drawn from Figueroa's archive and the Televisa Foundation collections. In addition, the exhibition includes work by contemporary artists and filmmakers that draw from the vast inventory of distinctly Mexican imagery associated with Figueroa’s cinematography.
www.lacma.org