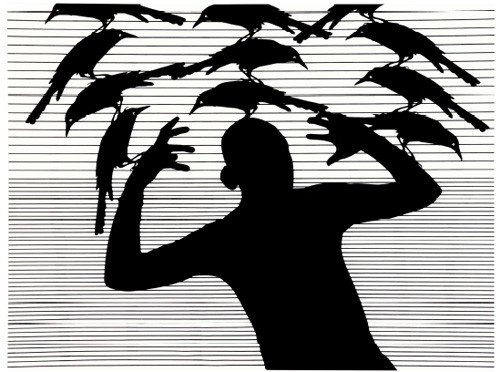 This exhibition of the Isabel and Agustin Coppel Collection attempts to explore contemporary Mexican art from a point of view that simultaneously underlines the intense dialogue with its canonical predecessors that characterizes it and the international landscape to which it also belongs.
The Isabel and Agustín Coppel Collection features key figures of the Mexican contemporary art scene such as Francis Alÿs, Melanie Smith, Gabriel Orozco, Carlos Amorales, Abraham Cruzvillegas, and Damian Ortega among many others. Departing from the work of these artists the collection expands diachronically in an effort to establish the possible influences and antecedents to the work of these artists, in the practices of figures such as Gordon Matta Clark, Lygia Clark, Ed Ruscha and Helio Oiticica. It also deploys itself synchronically as it incorporates younger international artists with a poetic that seems akin to that of the Mexicans, such as Tatiana Trouvé, Rivane Neuenschwander and Terence Koh.
“Mexico: Expected/Unexpected” attempts thus to explore a possible definition of Mexican contemporary art with works that dialogue with and overcome that notion as a stable category. In a movement that echoes what seems to be taking place in other areas of Mexican culture such as film and literature, the Isabel and Agustín Coppel Collection –as well as this exhibition- operate as a sort of mirror that projects an image of contemporary Mexican art that is unstable, rich, complex, unpredictable, in which tradition and innovation are in constant interplay. The resulting image surprises just there where the viewer would have only expected the plainness of the cliché
www.lamaisonrouge.org