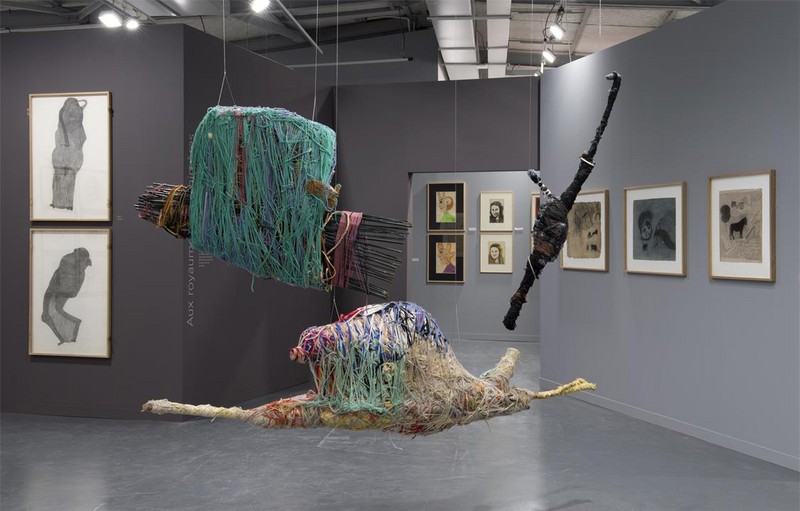 Bruno Decharme has assembled his collection over more than thirty years. It now comprises 3,500 works by 300 artists from numerous countries and from the mid-1800s to the present day. Some of these works were produced in mental institutions, others in the solitude of our towns and villages. Some are mediumistic works, others are folk objects which escape the conventions of tradition.

Bruno Decharme’s collection descends from the collecting and research undertaken by pioneering psychiatrists such as Hans Prinzhorn, or artists and writers such as André Breton. Such works were theorised in 1945 by Jean Dubuffet who invented the concept of art brut (“outsider art”). By placing these productions under the umbrella of art, Dubuffet initiated a radical paradigm shift that incites us to rethink our idea of art.

Through their visions, which we could qualify as delirious, each of them touches on a form of understanding that echoes universal and fundamental questions: “Who are we? Where are we from? Where are we heading?” Despite this, they have no artistic belonging. They are often isolated, ignore each other’s very existence and consequently do not form any kind of ideological or stylistic school.

Bruno Decharme’s practice is part of a wider project: that of a collector and filmmaker, but also the founder of Association abcd, a non-profit organisation which in 1999 opened his collection to the public. Presided by Barbara Safarova, Abcd (art brut connaissance & diffusion) is a research body which presents its findings through publications, seminars, exhibitions and films.
www.lamaisonrouge.org