Investigations of a Dog 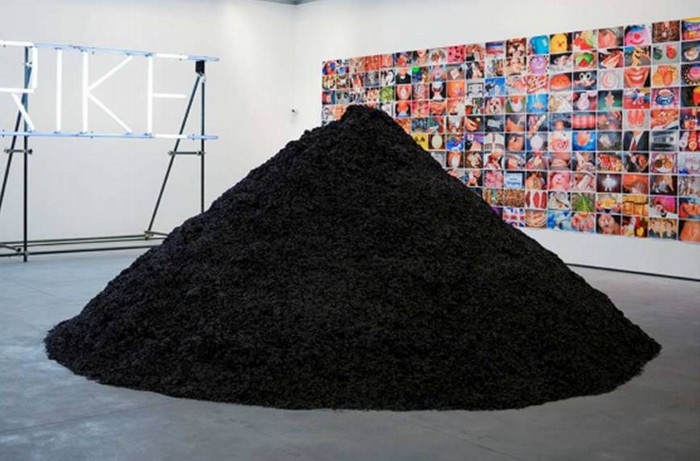 FACE founding members are non-profit foundations established by private collectors who have set up public spaces for the production and promotion of contemporary art. This new alliance aims at broadening and empowering the scope of their activities through ambitious international projects.

The exhibition will feature around 40 works from the collections of the five partner institutions. Investigations of a Dog, takes its title from the short story by Franz Kafka, whose main character, a dog, questions the limits of his canine existence, or rather the sense of the community to which he belongs. This constant questioning distances the dog from the others and forces him into the position of outsider, yet in his solitude he expresses his most intense form of interest for the community and his compatriots.
The artists in the exhibition share this eccentric position and employ a new language to analyse society and politics today, thus creating small worlds that are open to the world as a whole. They do so through the practice of what we could call a minor art, a term that echoes Delueze&Guattari’s notion of minor literature in their analysis of the works of Kafka.
According to French philosophers, this would be characterised by the subversive use of a language in power, by the connection of the individual and the political and by the collective arrangement of utterance, which is the process through which the individual voice turns into a communal speech. In this perspective “minor no longer characterises certain literatures but describes the revolutionary conditions of any literature within what we call the great (or established).”
The exhibiting artists share an interest in the political dimension of their time, which is expressed not only in the content of their works but primarily in the development of a practice that subverts the conventions of the adopted medium, an eccentric discourse of art that makes them talk as if they were nomads, immigrants in relation to their own language. In this sense, they are not trying to represent the voice of specific, existing communities but they are creating the potential for new collectivities to exist and express themselves.