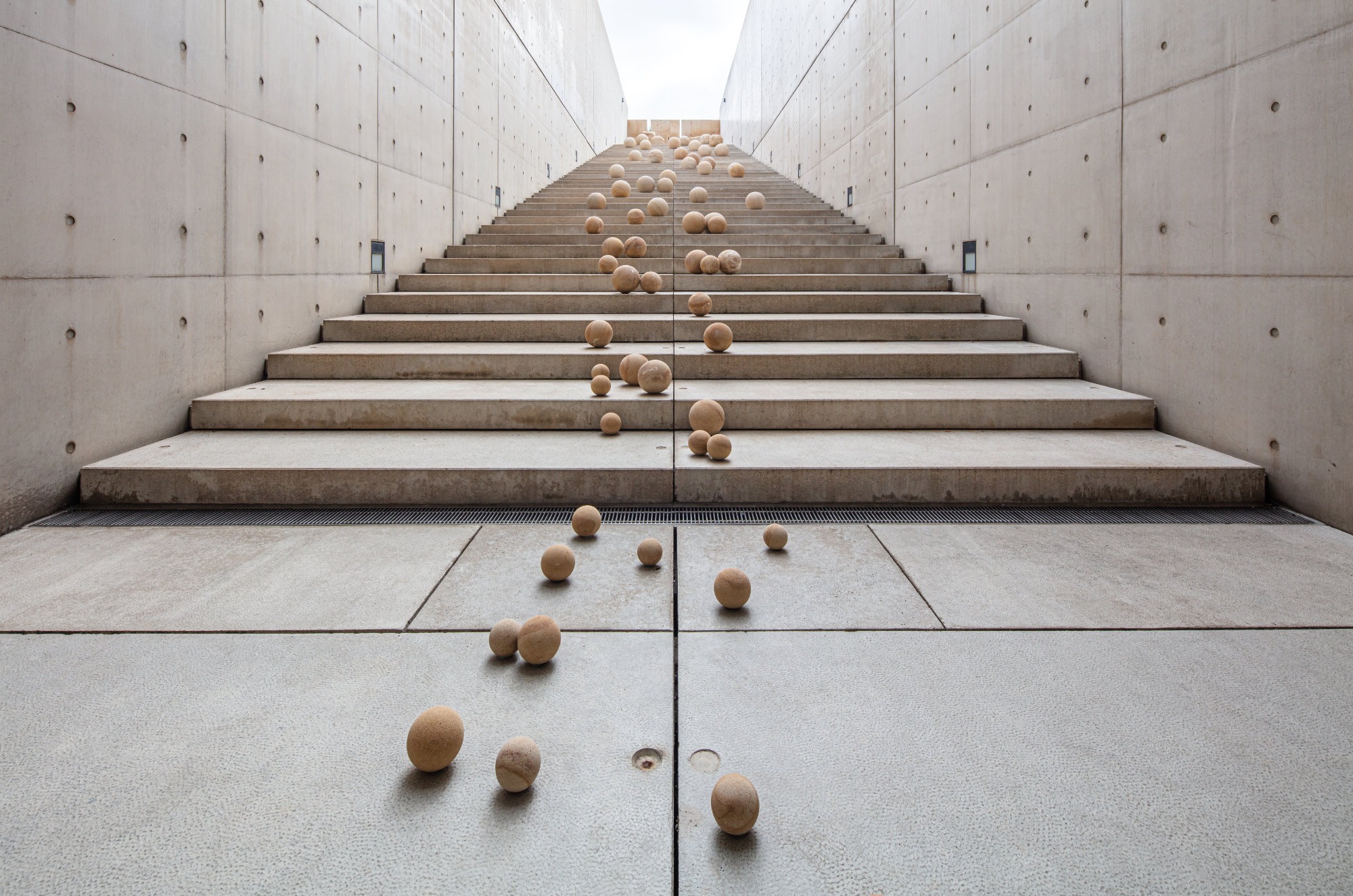 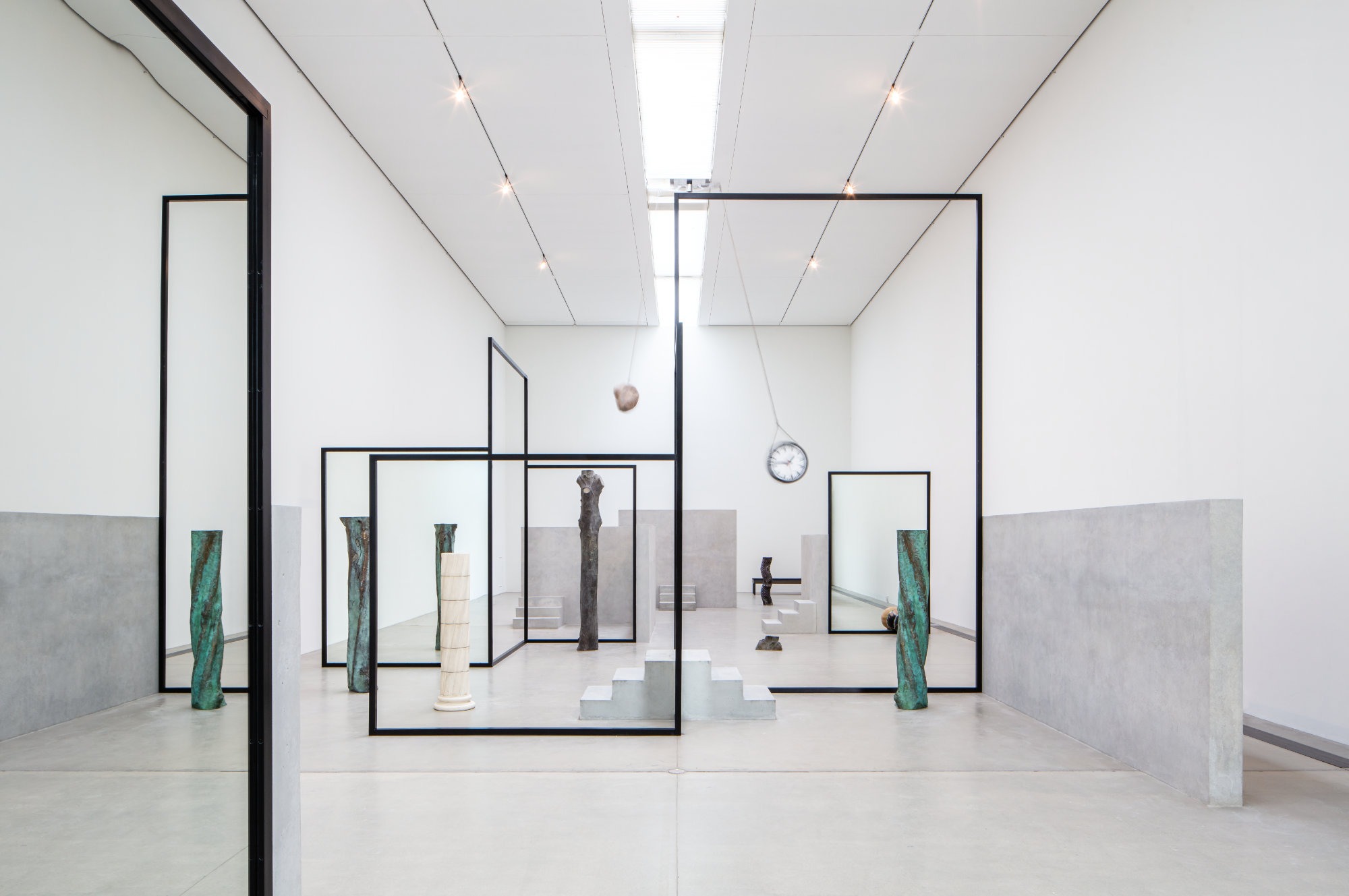 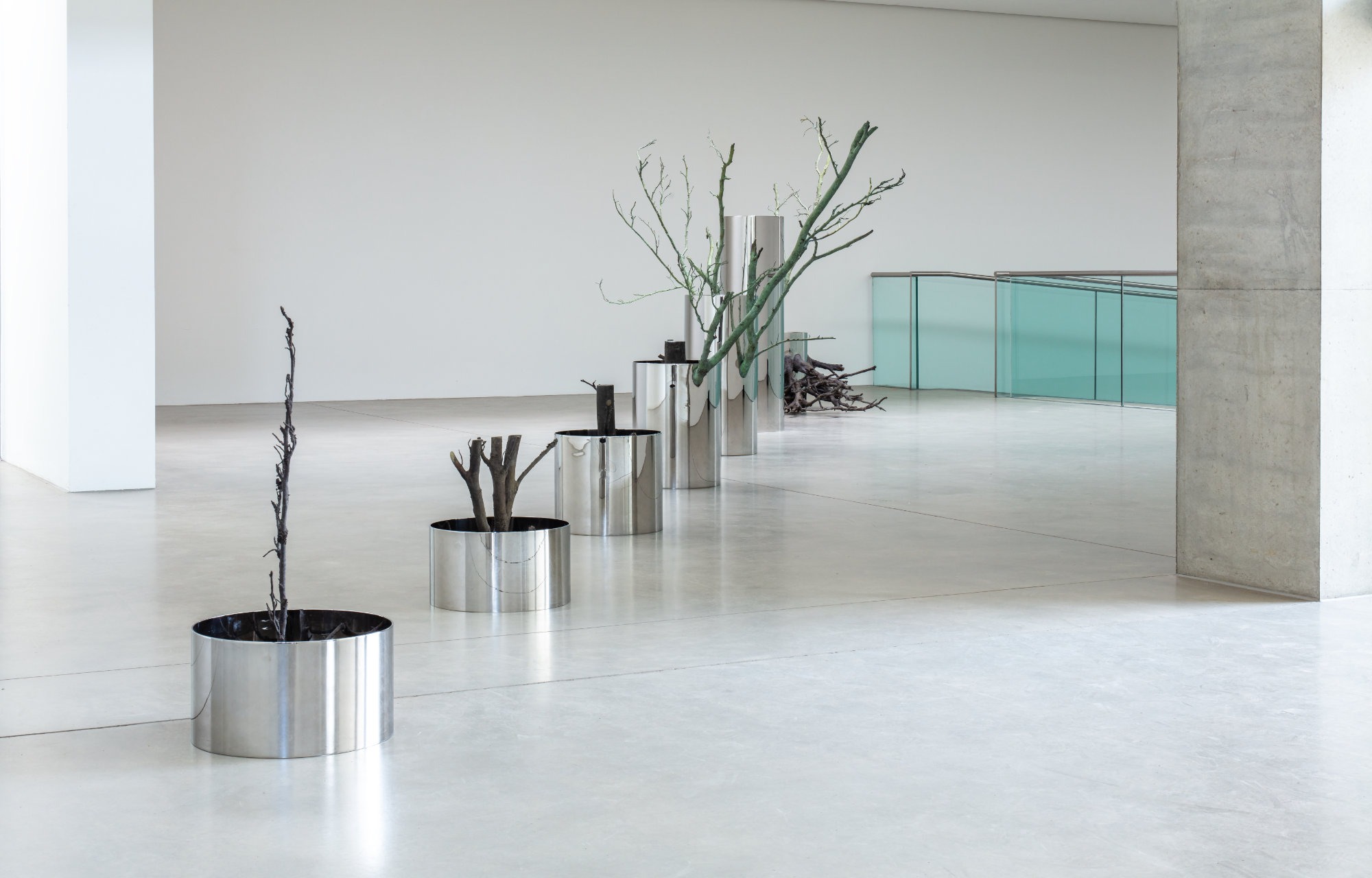 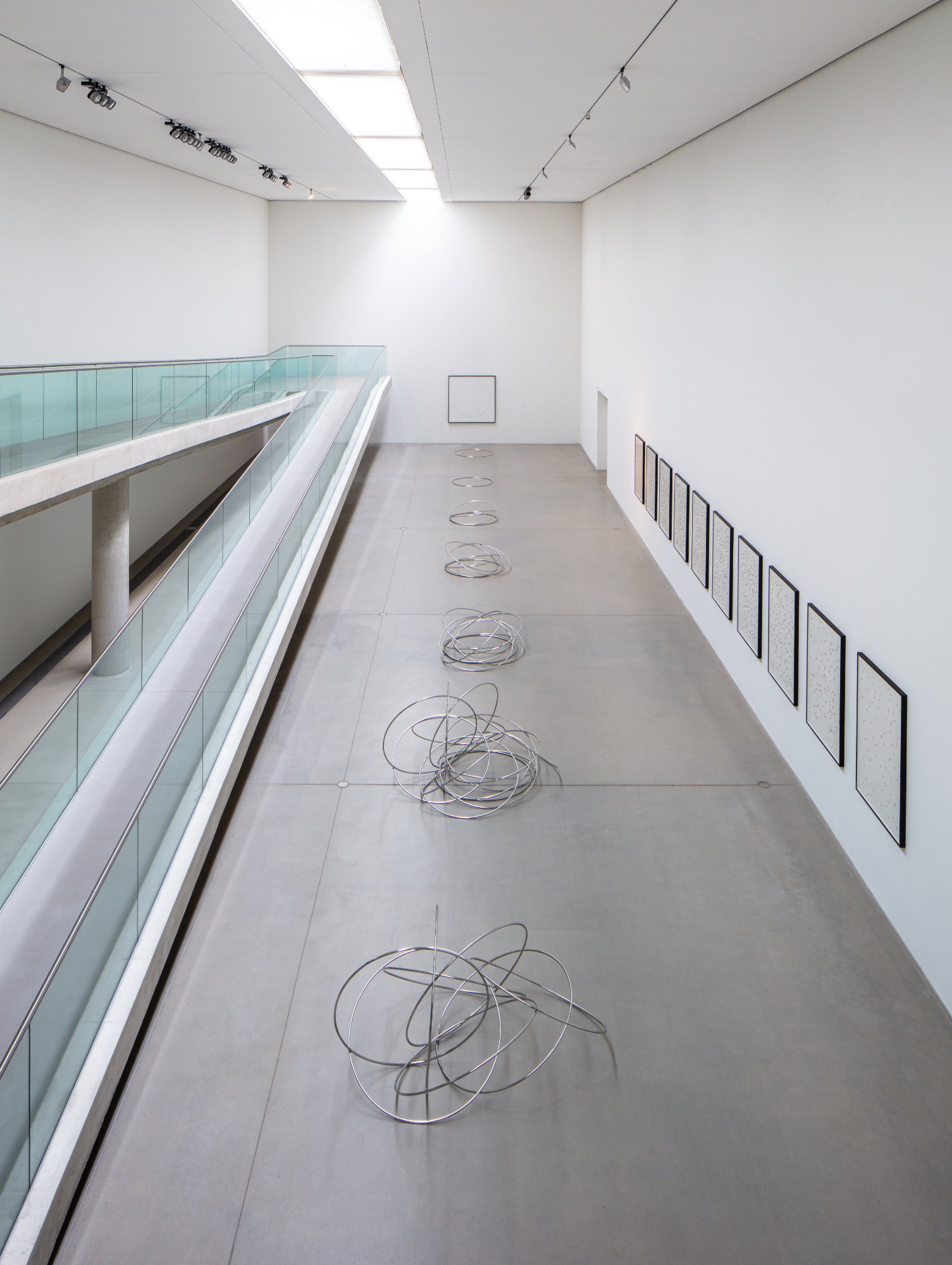 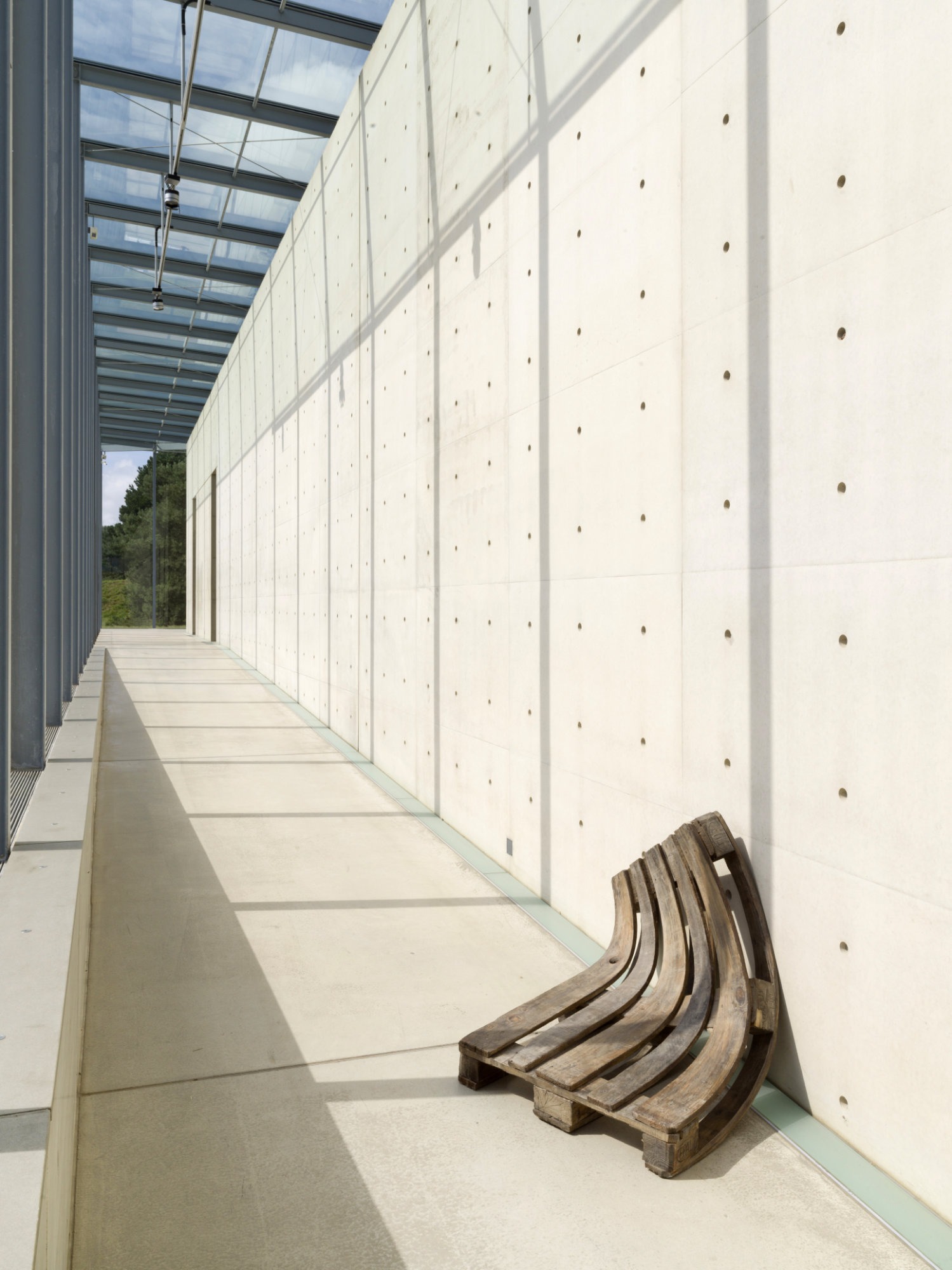 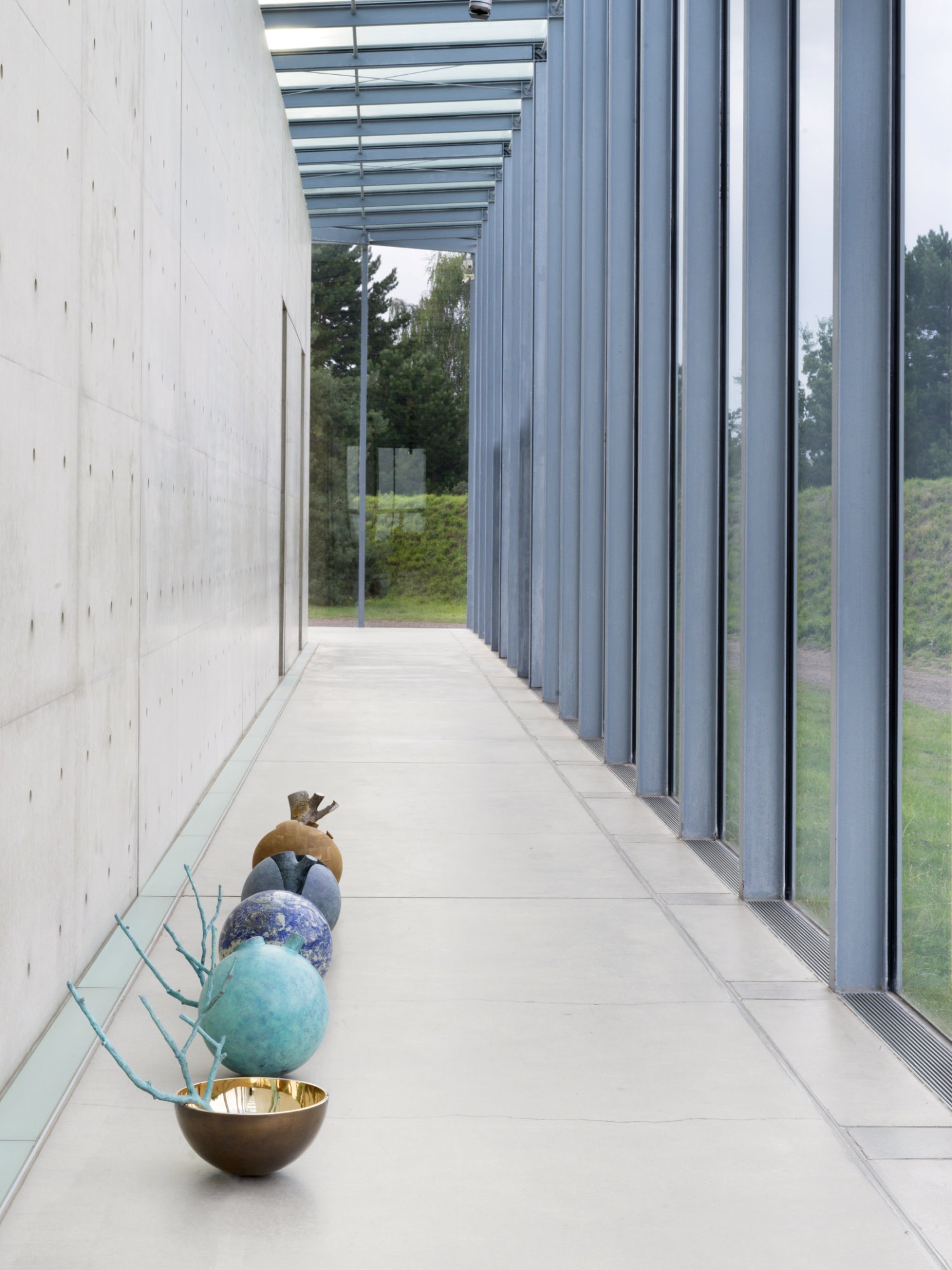 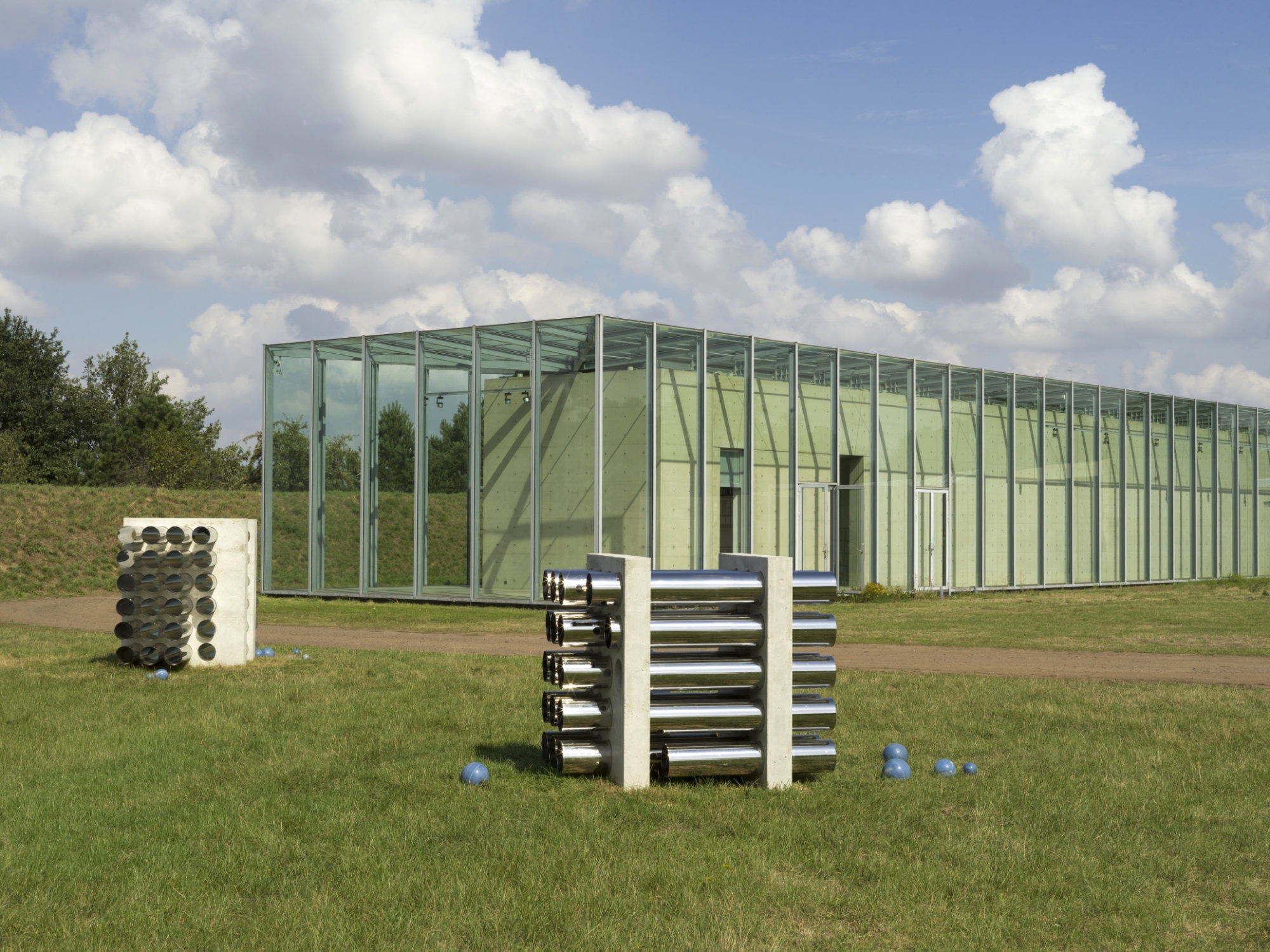 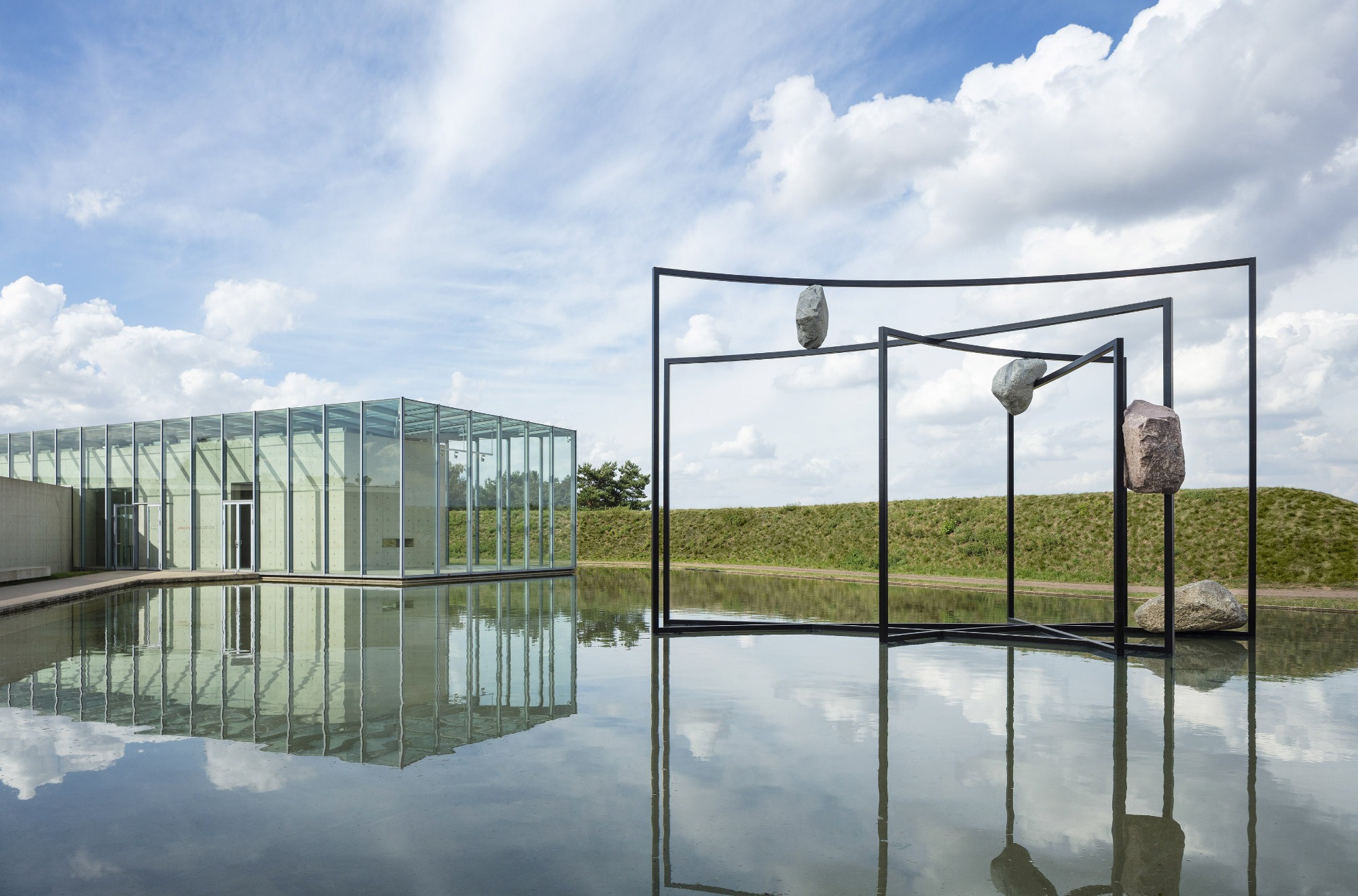 Outside View Langen Foundation Alicja Kwade MatterMotion, 2020 Courtesy the artist; kamel mennour, Paris/London Photo: Hans Georg Esch
With the exhibition Kausalkonsequenz, the Langen Foundation is presenting an extensive solo exhibition by the artist Alicja Kwade, one of the most important visual artists of her generation. By intensively engaging with the clear architecture of the Langen Foundation, which exudes a sense of continuity, the Berlin-based artist Alicja Kwade has conceived for this special place an exhibition that extends well into the vast premises and emphasizes the transition between inside and outside. For the first time, the monumental staircase is played in its entirety and becomes a time scale that can be read in both directions. Kwades often spatial installations examine transition and transformation processes, different states of existence and repeatedly question our perception of reality. Human beings as a reference point are regarded individually and also socially as part of an overall structure.

The works of Alicja Kwade are founded on concepts of space, time, science, and philosophy. They usually entail sculptural objects and open installations in public space. Pure materials like gold, copper, coal, rock, and wood are of particular importance to Kwade, as are symbolically charged everyday objects like clocks and lamps as references to aspects of time, energy, and material. She combines these elementary materials and culturally influenced objets trouvés in her conceptually precise and ever poetically magical arrangements. In doing so, she succeeds in presenting the seemingly obvious as deceptive and irritating the viewer's perception.

Alicja Kwade’s works of art have received great international acclaim and are presented in solo and group exhibitions worldwide. She participated, for example, in the Venice Biennale in 2017, and more recently her work has been shown in comprehensive solo exhibitions at various venues, such as LinienLand, Haus Konstruktiv, Zurich (2018), Out of Ousia, Kunsthal Charlottenborg, Copenhagen (2018), and In Between Glances, MIT List Visual Arts Center, Cambridge, Massachusetts (2019), as well as the noteworthy installation ParaPivot on the roof of The Metropolitan Museum, New York (2019).

Langen Foundation
The Langen Foundation, which opened its doors in 2004, originated with the collection of the benefactress Marianne Langen and her husband Viktor. To house this collection, the architect Tadao Ando designed an exhibition building situated on the grounds of a former NATO base amid the Lower Rhine landscape. Today, it is affiliated with the “Raketenstation Hombroich” as part of the “Hombroich Arts and Culture Site”. The unique architecture of the Langen Foundation with its spatial concept flourishes as a suspensefully and dramaturgically composed sculptural entity embedded in nature. Pursuant to the personal focus of the two benefactors, the Langen Foundation devotes its programme to the dialogue between Eastern and Western culture, especially through an exploration of contemporary art. One of the foundation’s main aims is to design its exhibitions in a way that makes the one-of-a-kind Hombroich Arts and Culture Site attractive to visitors from both home and abroad.