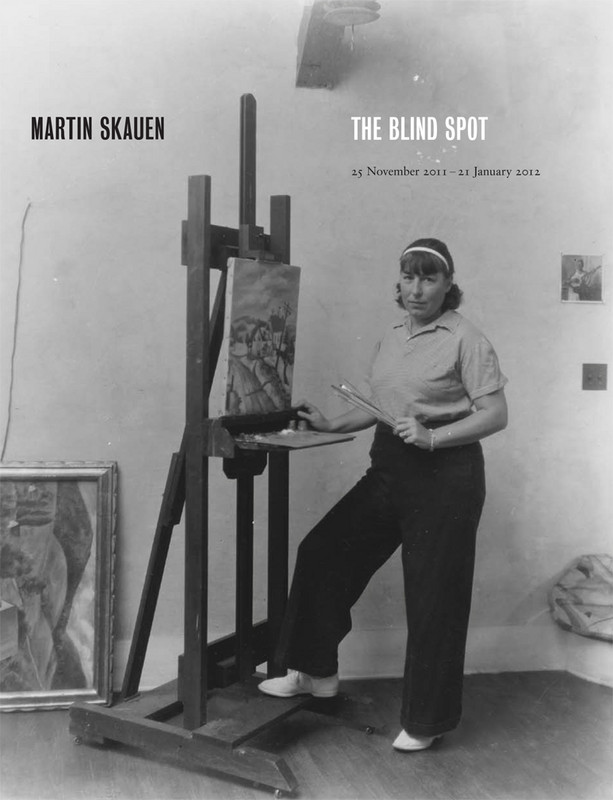 Laura Bartlett Gallery is pleased to announce the opening of The Blind Spot, an exhibition by Martin Skauen (b.1975, Norway). This will be his second solo exhibition at the gallery.

Martin Skauen is interested in the suspension of reason and the seeking of sense and meaning within the irrational. Skauen’s work can be read in terms of the Surrealist strategy of rupture and discord; Skauen’s subjects are located directly between ordinary experience and pure chaotic contingency.

The exhibition illustrates the artist’s use of pencil drawing and video work and their various manifestations, and is therefore organized around these two main areas. Skauen often films fragments of his own large-scale drawings, for example Kukanka (2009), or The Polar Bear Split (2006) composing his own musical accompaniment to his video work. Using a similar method, in the new video work on view in the exhibition, Skauen instead chooses to employ permanently accessible images taken from web search and the media.

Central to the exhibition is the digital projection of The Blind Spot(2011) on the ground floor. This filmic essay consists of an accumulation of found images in swift and slow succession. The artist used random terms on internet search tools resulting in an array of reproductions that span from snapshots of daily life to reproductions of paintings. Skauen creates a narrative from these images, building a story by placing them into a new context and dialogue with each other. In contrast to cineastic experience and traditional video works, the film includes no moving images. Solely made out of unedited single still photos in low-resolution Skauen creates narrative and a dynamic flow by horizontal panning, fast cuts and the zooming or rotating of images. The alternation between abstract and figurative sequences is tailored to the story, accompanied by noises of cars, guns shots and sirens as well as self-composed sound.

Special effects such as the insertion of neon letters and the overall excessive and kitschy qualities of the work establish a connection to the trash film aesthetic of the 50s and 60s. An extensive range of traditional film genres is displayed throughout the story, including comedy, thriller, horror and drama. Divided into seven chapters, the artist narrates with a captivating and striking voice the life of the blind prostitute Theresa. As the obsessive approach of the protaganists mounts, the peculiarity of the film increases. The viewer is confronted with a sequence of events and detail that play with levels of emotion, bathos and the bizarre. Skauens technique of elevating still images into motion pictures serves to depict and highlight the clash between absurdity and reality that is central to his work. At the end of The Blind Spot, the key player is a smoking pipe displayed with an ironic reference to René Magritte.

The title of the video work is paradigmatic: A blind spot is an obscuration of the visual field, in which the brain obstructs information passing from one eye to the other. With this new work, Skauen analyses not only the perception of our daily life, but besides this, he illustrates the exchangeability, currency and potency of images of our everyday culture, which belong to our own collective consciousness.

The exhibition will also present a selected compilation of drawings and collages, ranging from poetical loose sketches to traditionally resolved figurative drawings.

The exhibition will be closed from 21 December, 2011 and will reopen on 11 January, 2012
www.laurabartlettgallery.com