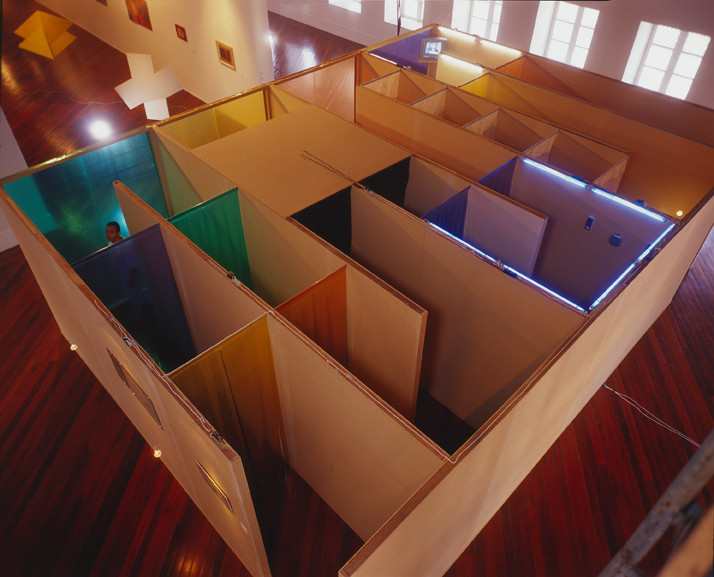 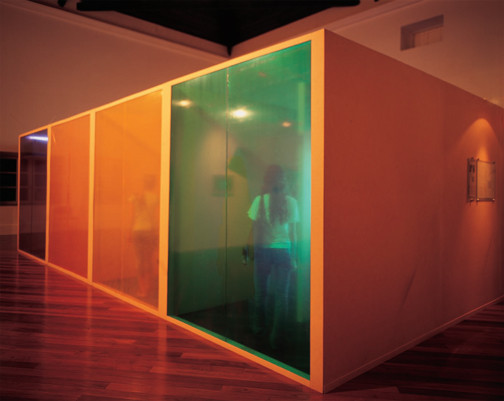 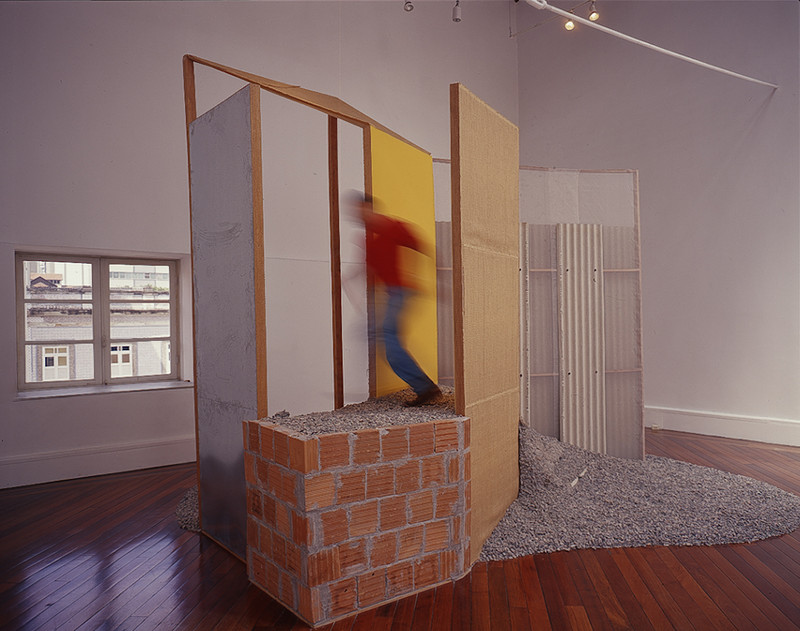 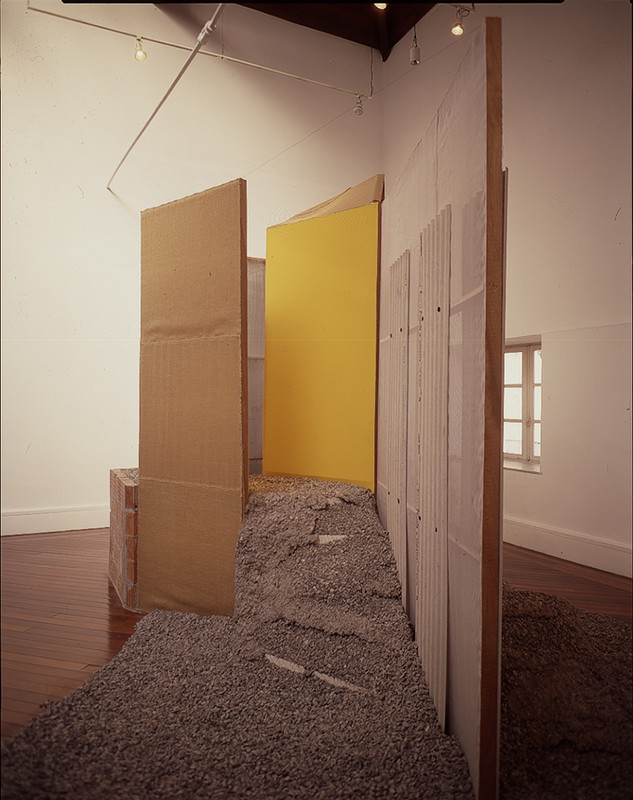 Hélio Oiticica
Penetrável PN28 “Nas Quebradas”, 1979
Mixed media installation
140.16 x 113.78 x 174.02 inches (356 x 289 x 442 cm)
For the first time in New York, three of the late Brazilian avant-garde artist Hélio Oiticica’s rarely-seen multi-sensorial installations of color: Penetrável PN1 (1960); Penetrável Filtro (1972); and Penetrável PN28 “Nas Quebradas” (1979), will be on view at Galerie Lelong. Oiticica’s invention of the Penetrável (Penetrable) series brought a new dimension to the artist’s work, allowing him to create built environments and develop outdoor installations such as the well-known Magic Square series. Oiticica’s Penetrables are considered among the first art installations, and have not been credited enough for their contribution to early conceptual art. Hélio Oiticica: Penetrables opens to the public on Saturday, May 5, 2012 from 6 to 8 pm. The artist’s brothers, César and Cláudio Oiticica, who direct the Projeto Hélio Oiticica in Brazil will be present.

One of the most influential artists of the twentieth century, Oiticica investigated color in space in a cohesive, continuous oeuvre until his untimely death in 1980. He began with the Grupo Frente, Sêco, and Metaesquema drawings, and then liberated his painting into space with series entitled Bilateral, Relevos Espaciais, Bólide, Núcleo, Penetrável, and Parangolé. Not only are the Penetrables a natural progression in Oiticica’s own work, but also within the continuum of the art historical canon. Oiticica avowed, “It is not a matter of copying Mondrian, but of blazing the trail for a painting of pure color, space, time and structure.” Furthering this notion of bringing painting into real time and space, in 1961, Oiticica wrote about the Penetrables:

“Here, color exudes both the decorative and the architectural...so as to become purely aesthetic and intensely experienced [vivenciada] or purely aesthetic in the sense of a heightened experience. They are like movable frescos on a human scale except that (most importantly) they are penetrable.”

What makes the Penetrables stand out amongst Oiticica’s body of work is the viewer’s involvement as a participant and “discoverer of the work.” Oiticica’s first free-standing Penetrable, Penetrável PN1, is a small corridor of bright yellow-hued sliding panels which the participant can move to activate the work. One of the largest Penetrables, Penetrável Filtro takes the concepts of PN1 to a grander scale through a labyrinthine structure. Penetrável Filtro allows the participant to wander through multiple corridors and curtains of green, blue, yellow, and orange, ending the experience by drinking the final color in a glass of orange juice. Created the year before his death, Penetrável PN28 “Nas Quebradas” guides the participant over a gravel path through an architectural structure made of wood, brick, and yellow panels with a jute roof. Here, Oiticica takes inspiration from the shantytowns, or favelas, of Rio de Janeiro, and achieves ones of his primary goals of fusing art and life, providing “vivências” (experiences). Although the Penetrables were created in the 1960s and 1970s, the physical experience of engaging in and with the works activates them in the present moment.

Hélio Oiticica’s installation Cosmococa CC1 (1973/2010), made in collaboration with Neville D'Almeida , is featured in the exhibition Suprasensorial: Experiments in Light, Color and Space, organized and previously exhibited by the Museum of Contemporary Art, Los Angeles and on view at the Hirshhorn Museum and Sculpture Garden in Washington, D.C. until May 13th. His famous installation Tropicália (1967) is currently being exhibited in From Revolt to Postmodernity (1962-1982) at the Museo Nacional Centro de Arte Reina Sofia in Madrid. Oiticica’s work was presented in the major international arts festival Europalia in Belgium in 2011, and in the São Paulo Biennial in 2010. The solo traveling exhibition Hélio Oiticica: Museu É o Mundo was presented at the Fundação Itaú Cultural in São Paulo and the Paço Imperial and Casa França-Brasil in Rio de Janeiro in 2010. In 2007 and 2008, the Museum of Fine Arts, Houston and the Tate Modern, London presented the landmark retrospective Hélio Oiticica: The Body of Color.