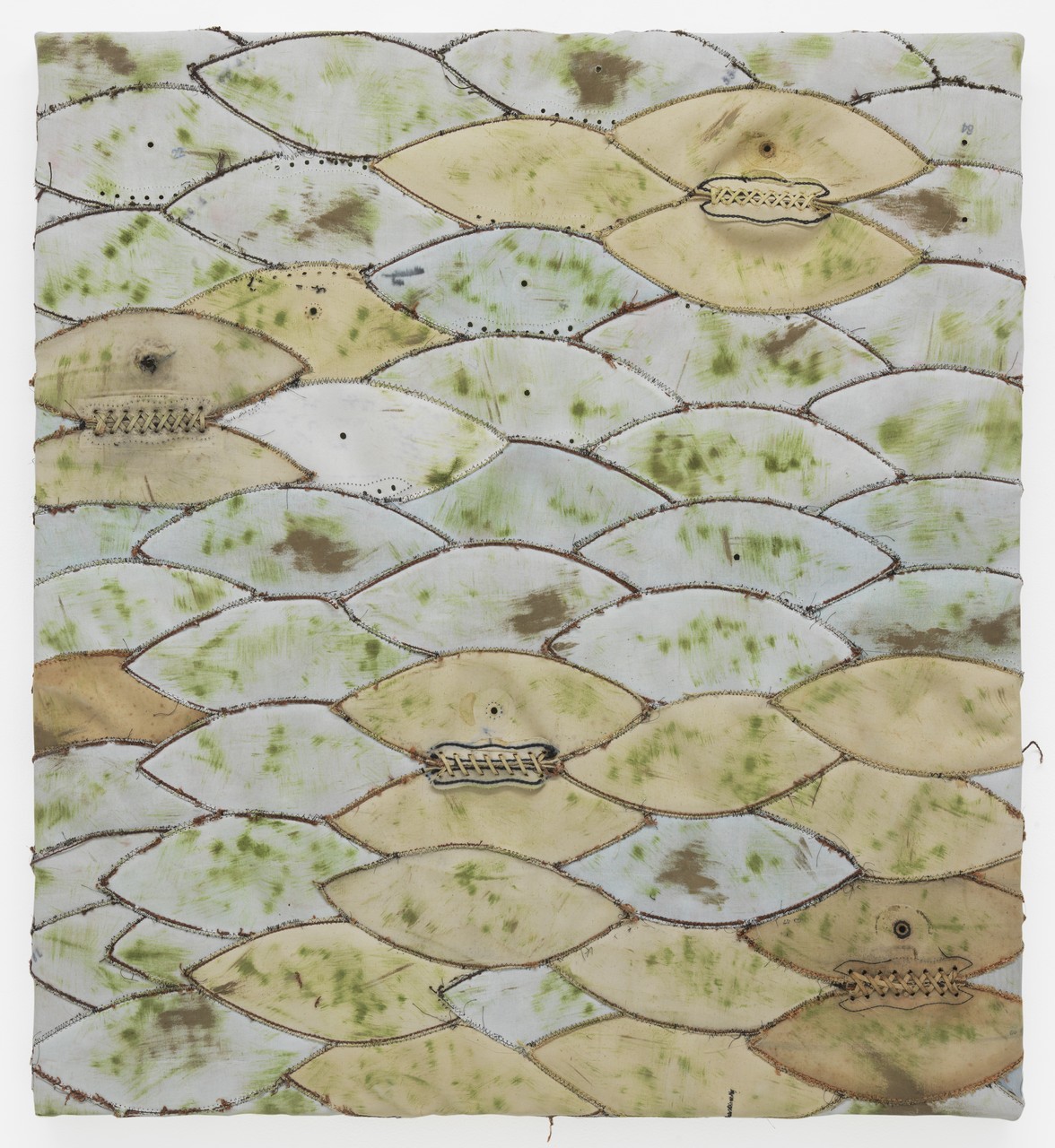 Several works on view were made in direct response to the recent demonstrations. Deborah Roberts’s O! say can't you see (2017) features a young girl kneeling in protest. Her figure is composited of images such as Michelle Obama’s fists and James Baldwin’s eye. Derek Fordjour’s new paintings explore the competitive game as a metaphor for the stratification of identity within American democracy: a system of reward and punishment, spectacle versus spectator. David Huffman continues his ongoing investigation into social abstraction by repeating a kneeling figure of Colin Kaepernick across wood panel, recalling how the Black Panther logo itself was also urgently replicated. Questioning what progress has been made for minorities, Huffman intentionally fades the colors of red, white, and blue in his work to suggest a democracy diminished.

Many participating artists, including Jones, were former athletes themselves. Sculptor Melvin Edwards won a football scholarship to the University of California at Los Angeles but rejected a professional athletic career to become an artist.Edwards’ sculptures of welded steel and bronze objects respond to racial violence in the United States and a global African diaspora with powerful materiality. Lauren Halsey, who was once on track to play professional basketball, remixes ancient Egyptian imagery and Funk with transcendent proposals for the future in new hieroglyphics that monumentalize contemporary black culture in South Central Los Angeles. Jones’ own work incorporates footballs used by NFL teams that he deconstructs and reassembles as a critical act against the racism he experienced playing college football.

The artists also question the symbols that create bonds to teams and nations. Recent neons by Patrick Martinez illuminate the racial overtones of NFL team mascots and the futility of wealth in the face of inequality. Glenn Kaino’s flag series began with white recreations of the American flag that are tie-dye soaked with Civil War-era tarring solution. As the chemicals oxidize, the fabric combusts and forms a target pattern, a powerful metaphor for the volatile times in America’s history.

The exhibition will be on view during Super Bowl LII, scheduled to be played on February 4, 2018.
www.galerielelong.com