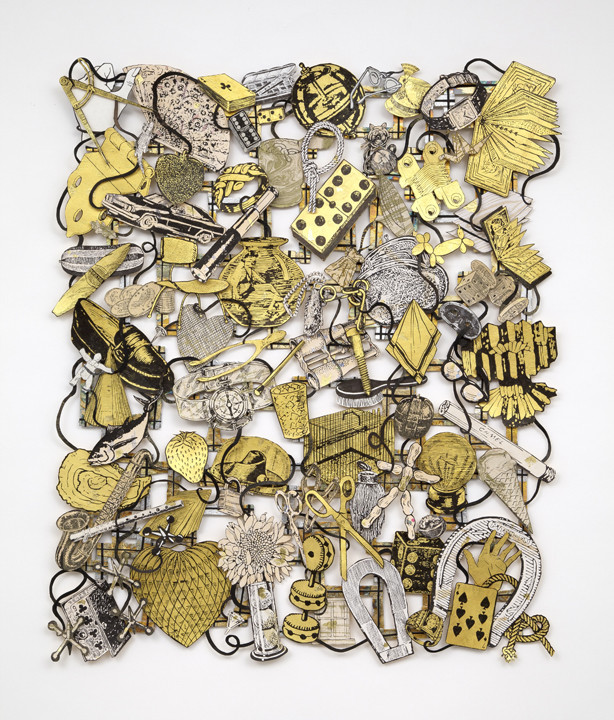 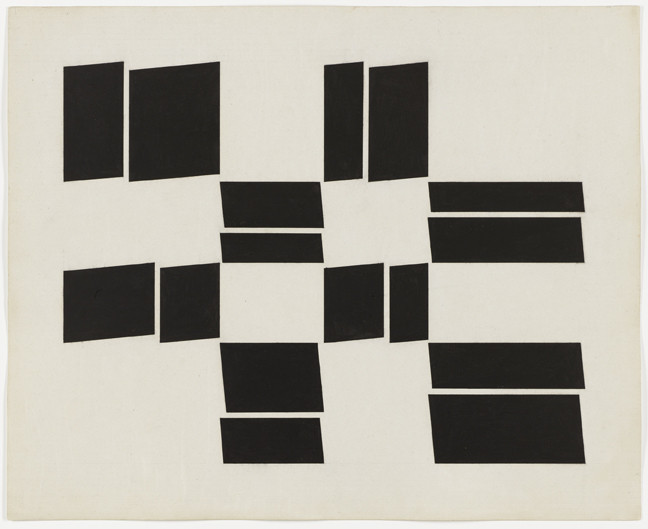 © Hélio Oiticica
Courtesy Galerie Lelong, New York
Rosemary Laing’s newest photographic series, The Paper, will premier in the United States in conjunction with the gallery’s summer exhibition devoted to drawings and works on paper. Laing shot The Paper in the woodlands of Bundanon, an area in southern New South Wales in the artist’s native Australia. Presented in the small gallery, this intimate presentation of The Paper offers an entry into Laing’s world of the combination of landscape, history and culture.
The five images on view from The Paper, named for the days of the week and a time of the day (earlier/later), present a landscape in which decomposing newspapers carpet the forest floor. The site is Bundanon, an extensive trust of pristine bush donated to the Australian Government for preservation, artistic exploration, and education. This area allowed Laing to work in situ and to allow the paper to age. As with Laing’s previous series, The Paper reflects upon the environment, change, and unnatural disturbances in the Australian landscape. In this new work, however, Laing deviated from her recent use of a digital camera and turned to the labor intensive production of analogue photography.
Laing’s staged interventions are never digitally manipulated, and natural occurrences, such as the floodwaters that occurred during the making of this series, can determine the physical outcome of the performance and appearance of her imagery. Here the paper’s muted colors blend into the forest’s floor, leaving both a physical and metaphorical residue. The human activity captured by the newspapers is quickly disorganized from its content and layers, slipping away and filtering into the ground we walk on. Laing says of the carpeting this time: “Seems to be composting the present as a past about to happen; taking a once-upon-a-time not-that-long-ago standard as the ground-amendment-of-tomorrow already.”
Laing’s works have been included in many important international museums and biennials including the Museum of Contemporary Art, Sydney, Frist Center for the Visual Arts, Nashville, USA; and the National Museum of Art, Osaka, Japan; and Biennale of Sydney (2008), Venice Biennale (2007), Busan Biennale (2004), and Istanbul Biennial (1995).
Accompanying the presentation of The Paper, the main gallery will feature a selection of drawings and works on paper by gallery artists, including: Sarah Cain, Andy Goldsworthy, Jane Hammond, Nalini Malani, Ana Mendieta, Hélio Oiticica, Emilio Perez, Jaume Plensa, Kate Shepherd, Nancy Spero, Ursula von Rydingsvard, and Catherine Yass.
www.galerielelong.com