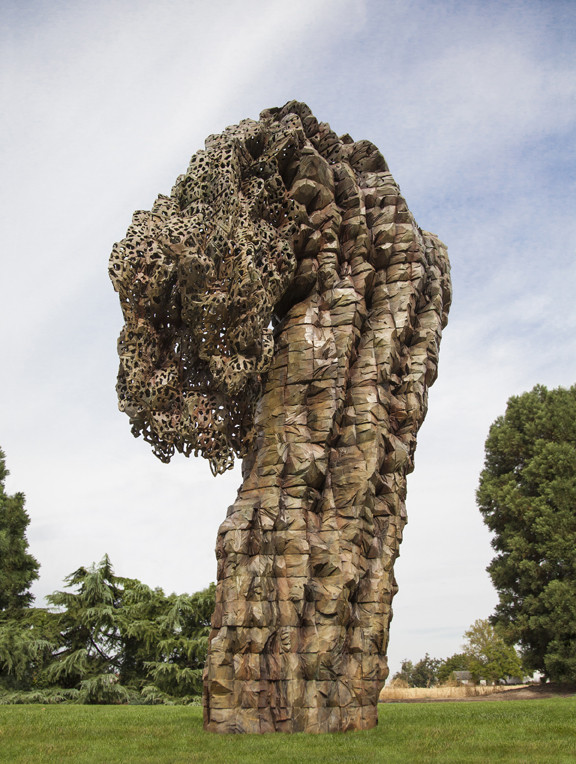 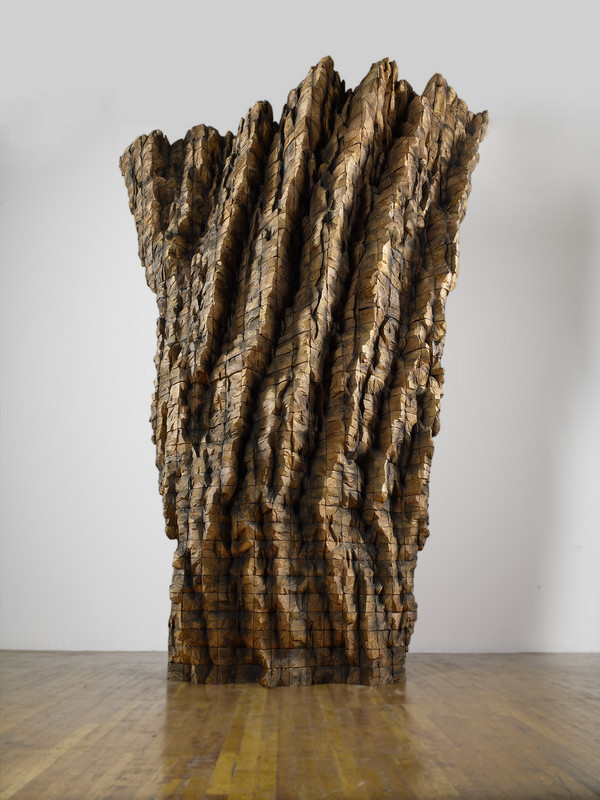 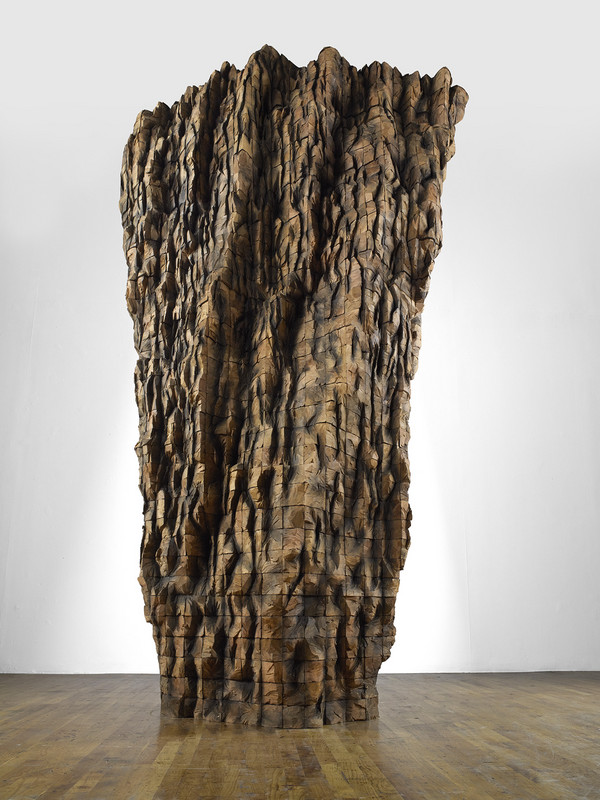 ©Ursula von Rydingsvard, Krypta I, 2014, Cedar. Courtesy Galerie Lelong, New York
Continuing a year of remarkable achievement for Ursula von Rydingsvard, which has included the artist’s first major survey exhibition outside the United States, the unveiling at Barclays Center of her first permanent outdoor sculpture in Brooklyn, and receipt of the Lifetime Achievement Award from the International Sculpture Center, Galerie Lelong will present a solo exhibition of the artist’s work opening October 23. Von Rydingsvard will be present for the opening reception which will take place that evening from 6-8PM.
Featuring new sculptures in her trademark cedar and presenting work in bronze for the first time at Galerie Lelong, this body of work demonstrates von Rydingsvard as an artist at the height of her career and in full command of the artistic and physical demands of her technique. Von Rydingsvard’s unique visual vocabulary and well-established oeuvre demonstrate her mastery as she harnesses, shapes, and assembles cedar beams, which are then sculpted through her focused and detailed cuts into familiar forms. Further texturing the work, von Rydingsvard rubs powdered graphite into each faceted surface, which emphasizes each movement made to create her sculptures while also giving the illusion of movement to the works.
Continuing her success in bronze works such as Ona on view at Brooklyn’s Barclays Center, von Rydingsvard will present Bent Lace as a centerpiece of the exhibition. This new, 9-and-a-half-foot tall bronze sculpture is created in part through a unique process involving the application of a vinyl lace pattern on a full-scale wood “model.” This twisted form displays the continued evolution of von Rydingsvard’s choice of the vessel as a primary image and her inventive ability to render bronze into an almost lace-like form.
Other sculptures in the exhibition will include Five Plates, a work in cedar and graphite that joins five circular forms to create a large-scale wall-mounted work that presents a new configuration for the artist. Von Rydingsvard continues her exploration of wall-mounted works with Crossed Mirage and a series of monumental sized tool and spoon forms.
Another new addition is a concentration of von Rydingsvard’s works on paper, produced in connection with Dieu Donné, which display an exacting irregularity of knotted silk thread through handmade paper. In their delicacy, von Rydingsvard presents a transparency that thoughtfully juxtaposes the permanence and scale of her sculpted works with an equally impactful and more delicate medium.
Galerie Lelong will also present Heart In Hand, another new bronze work by von Rydingsvard in Frieze London’s Sculpture Park in Regent’s Park from October 15-19, 2014.
Ursula von Rydingsvard’s work is represented in the permanent collections of over 30 museums, including: the Metropolitan Museum of Art, Museum of Modern Art, Whitney Museum of American Art, Walker Art Center, Nelson-Atkins Museum of Art, Storm King Art Center, and Detroit Institute of Arts. Recently von Rydingsvard installed a piece at the National Gallery of Art in Washington D.C. She has presented major solo exhibitions at numerous museums and her current survey at Yorkshire Sculpture Park, which includes works both indoors and outdoors, is on view through January 4, 2015. Permanent sculptures by von Rydingsvard are in the collection of the Microsoft Corporation, Bloomberg Corporation, and Barclays Center, among many others. Works will also soon be installed at the San Francisco International Airport, Princeton University, and in Miramar, Florida. In 2015 von Rydingsvard’s work will be included in a collateral Event of the 56th International Art Exhibition of the Venice Biennale. Von Rydingsvard lives and works in New York.
www.galerielelong.com