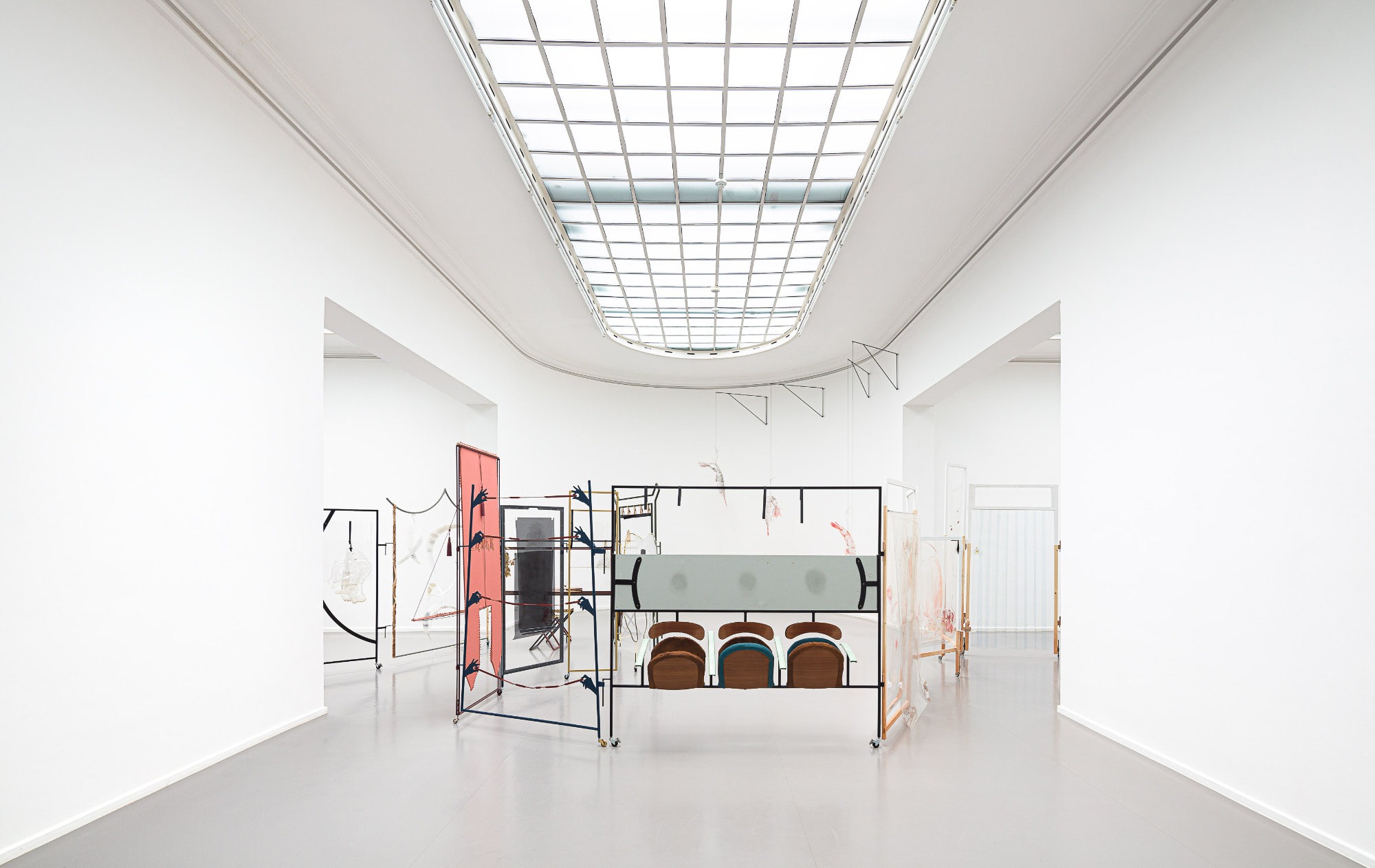 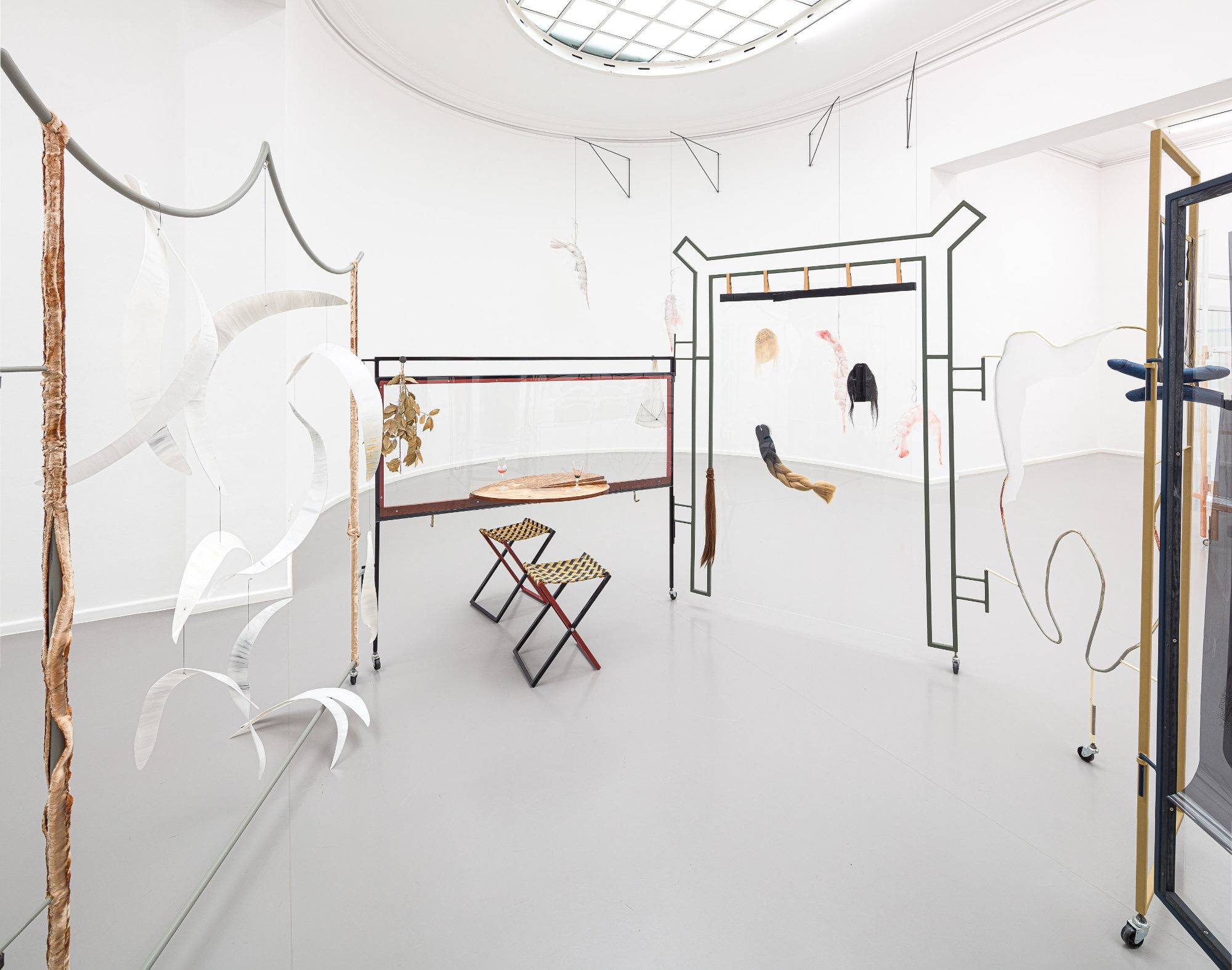 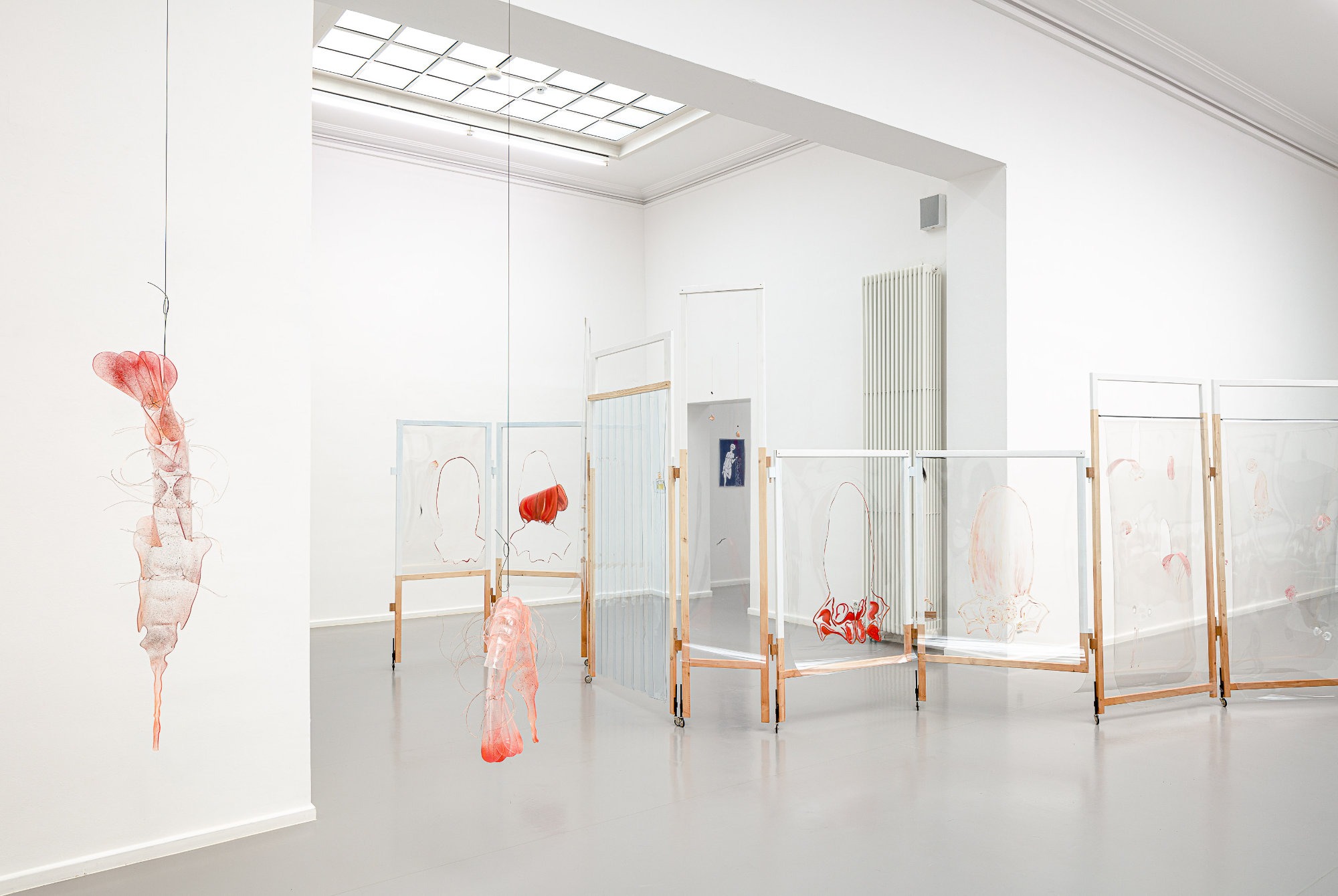 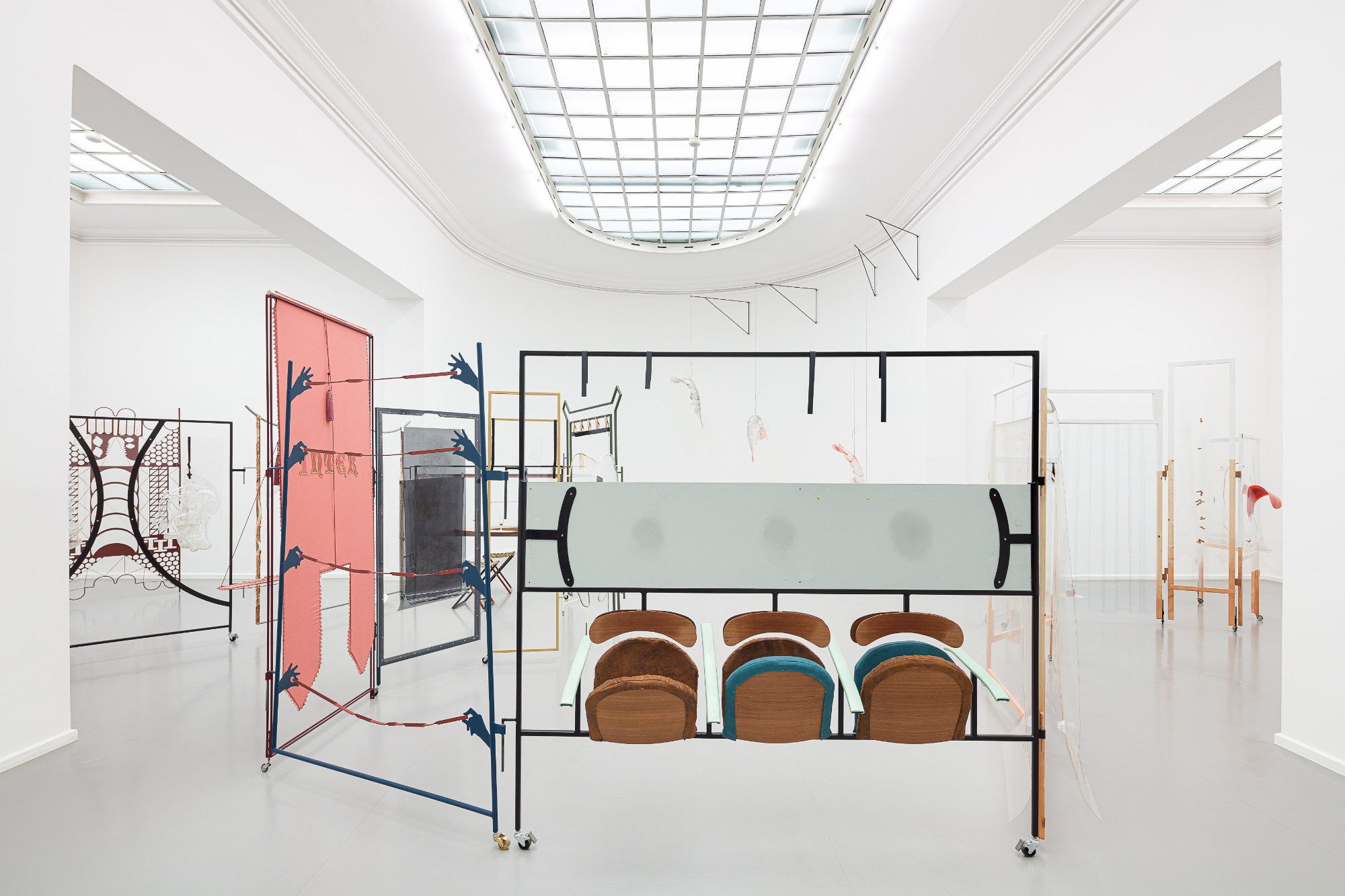 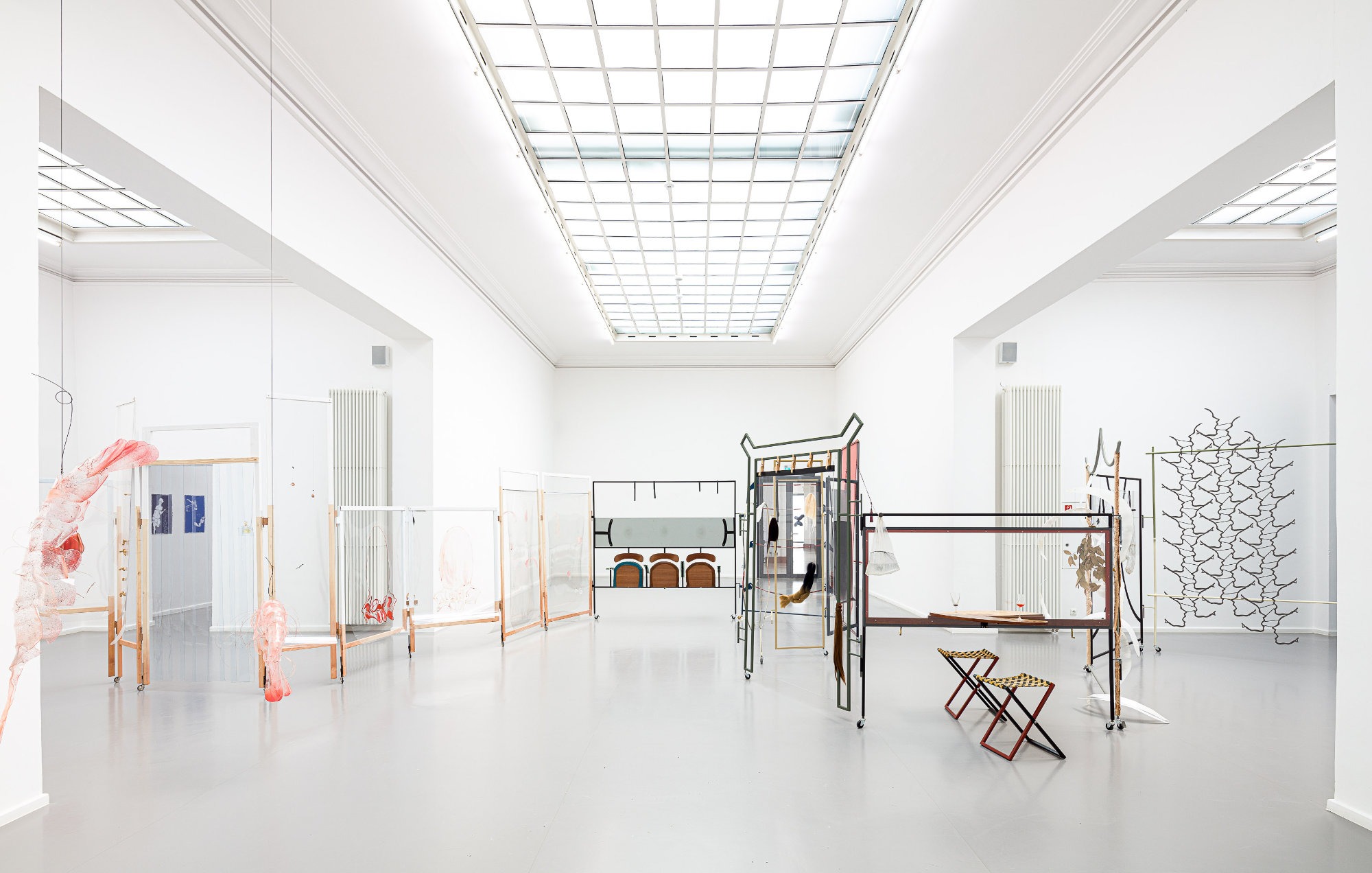 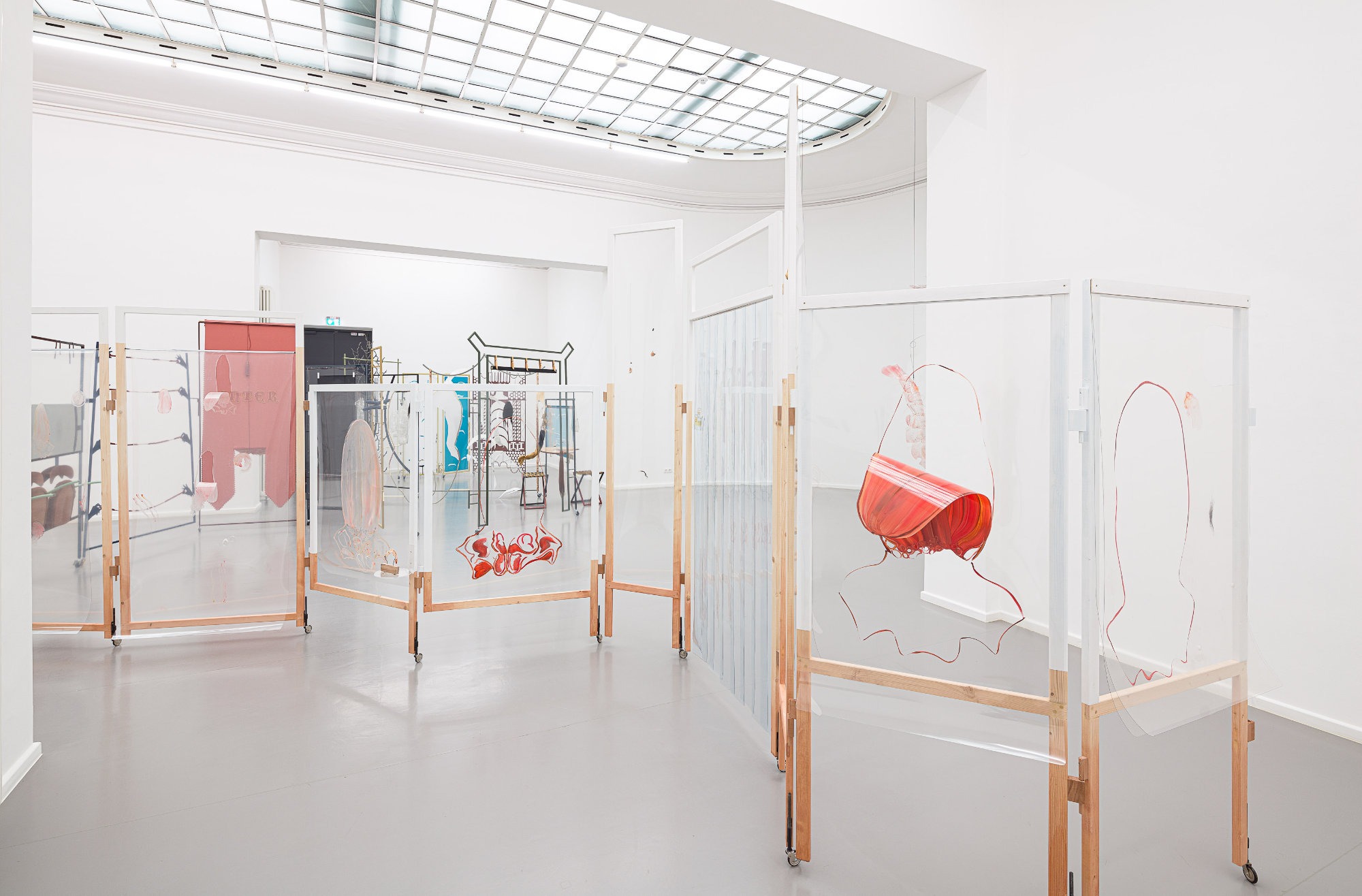 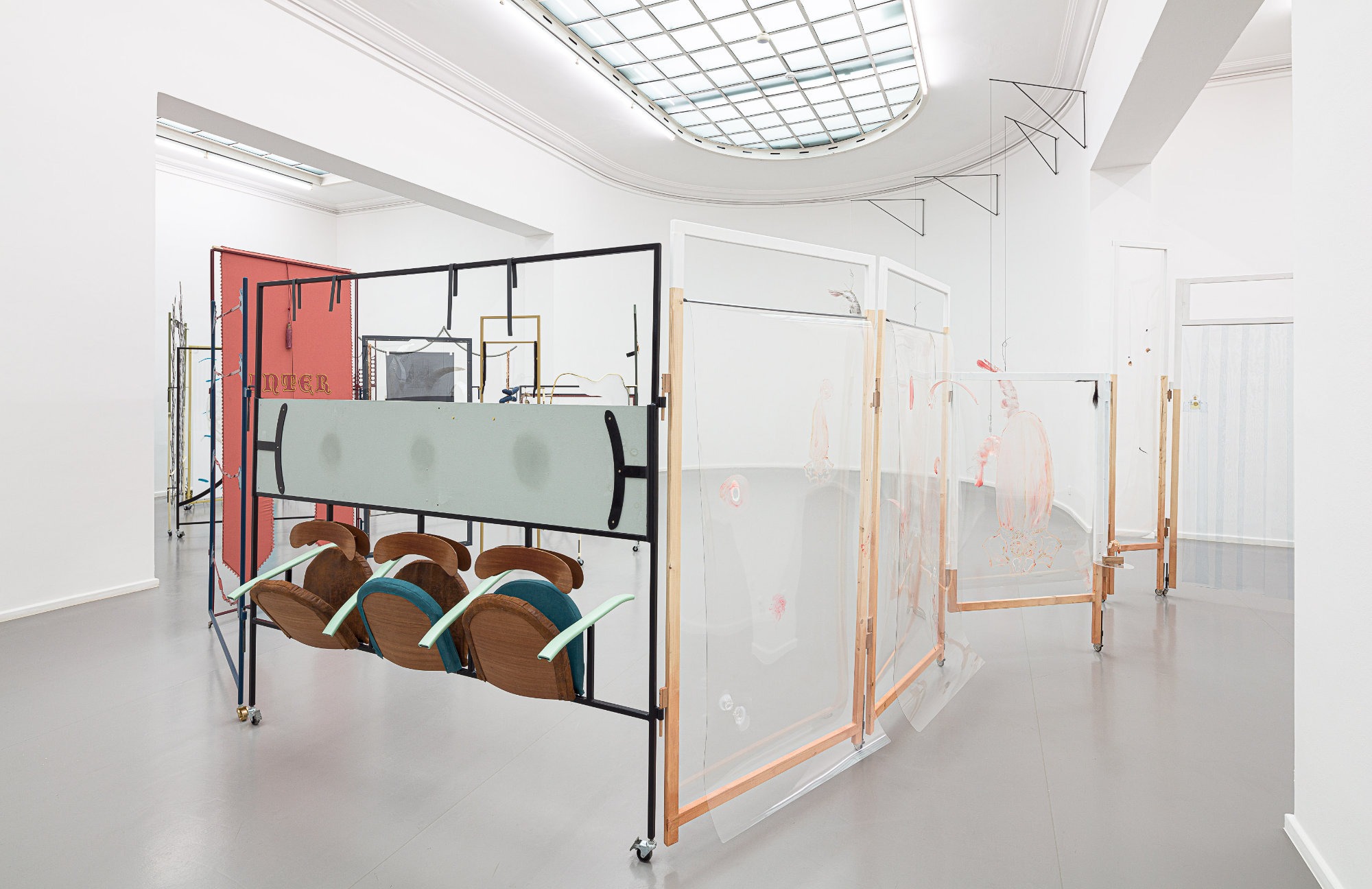 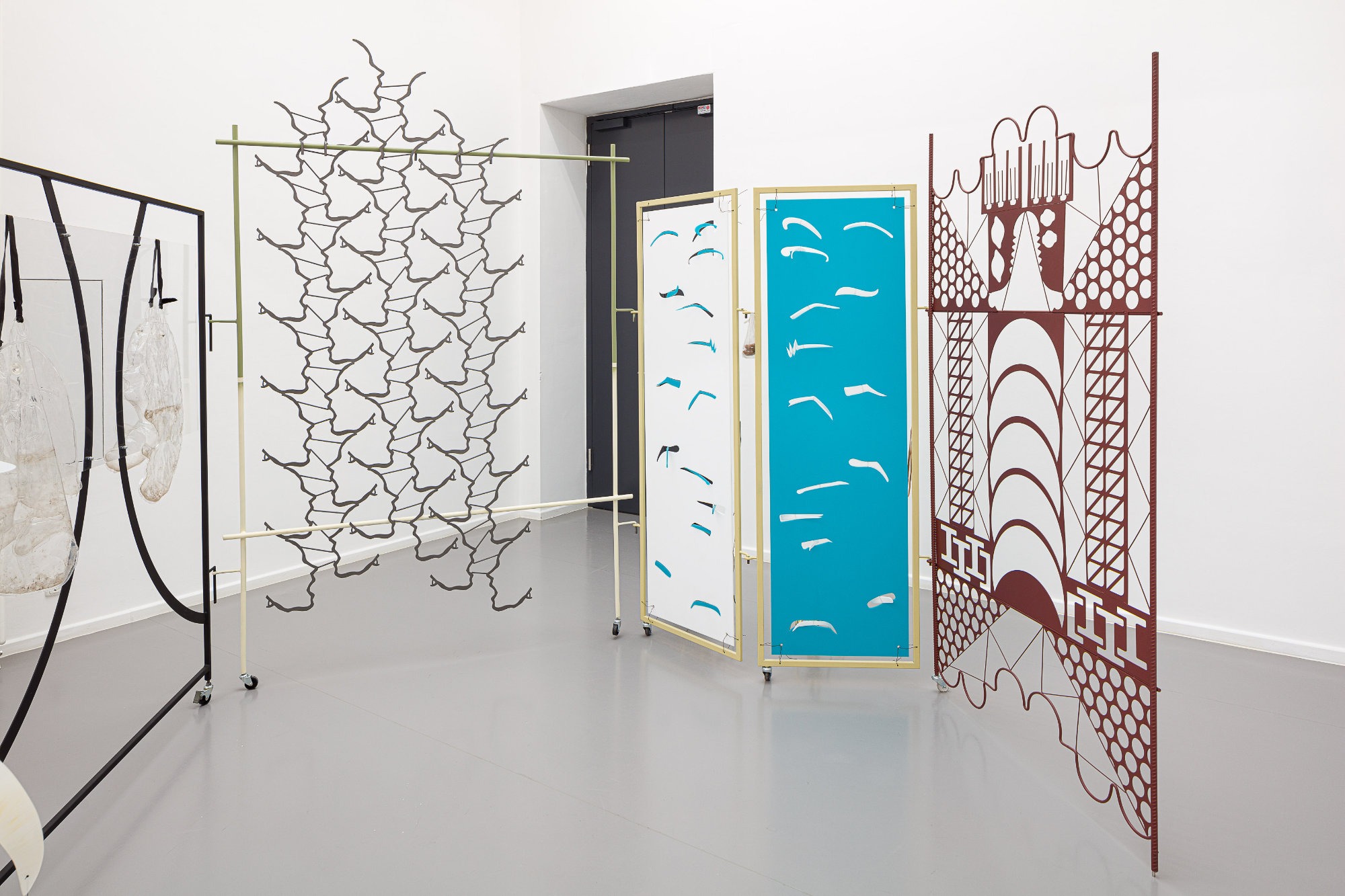 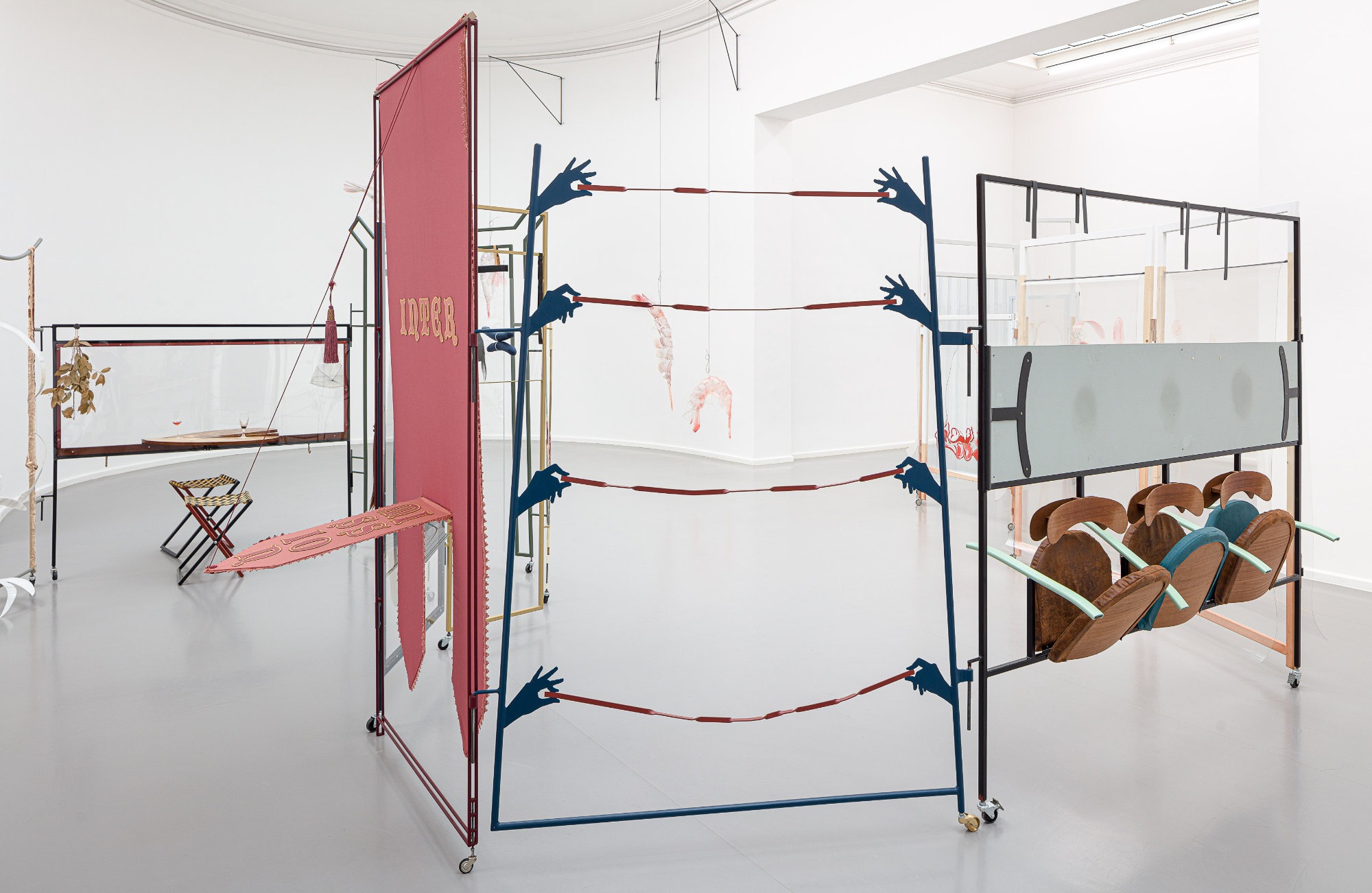 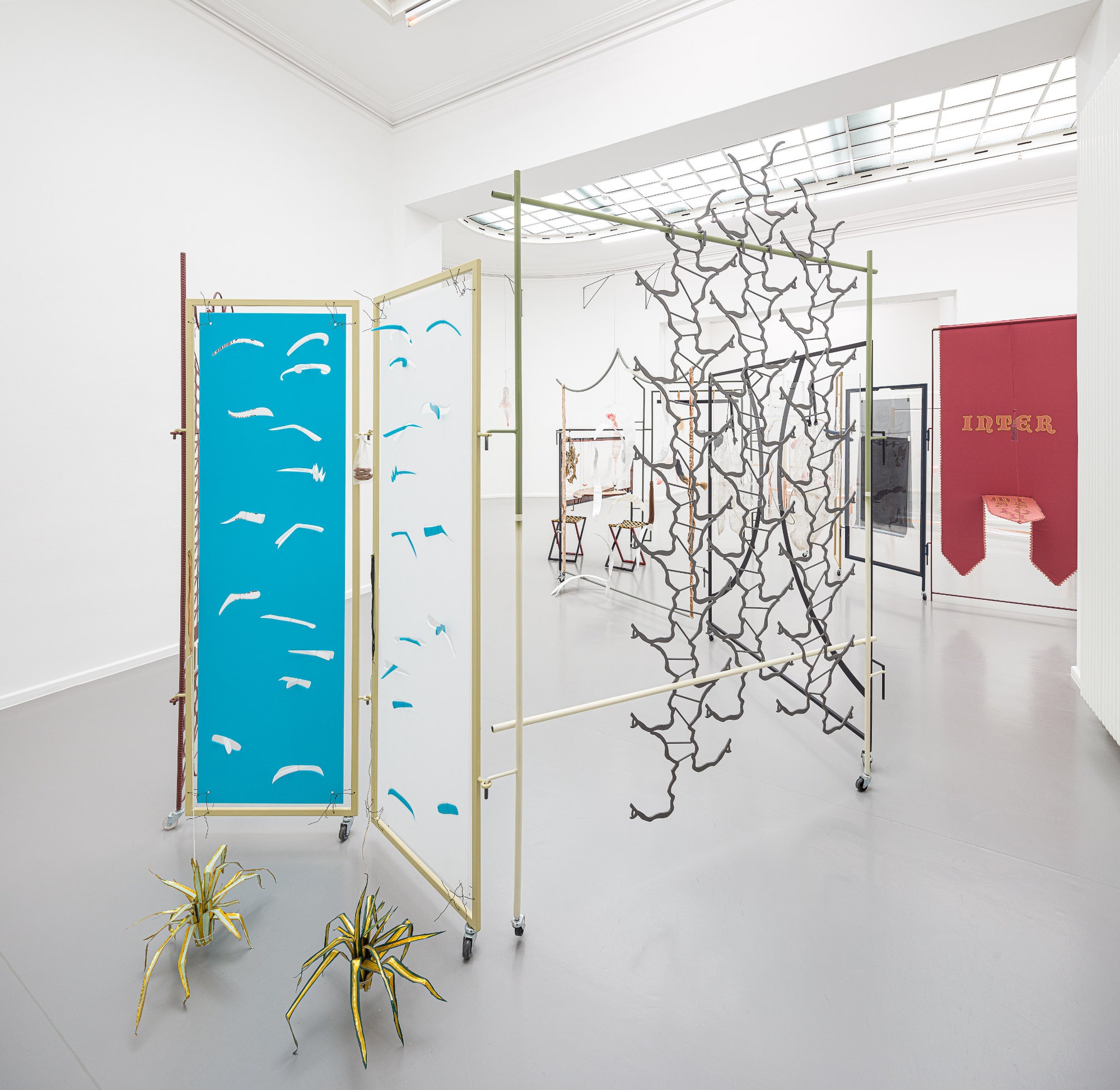 Kasia Fudakowski: Türen, installation view at Leopold-Hoesch-Museum, Düren, 2021. Courtesy the artist and ChertLüdde, Berlin. Photo: Peter Hinschläger
A multiform screen runs through the exhibition space. Kasia Fudakowski's sculpture „Continuouslessness“ (2017 – ongoing) combines diverse elements into a parade of contrasting materials, forms, and characters. Variable in their arrangement, the mutually supporting modules form temporary neighborhoods. The oblique, suggestive structure and tongue-twisting title raises questions about dependency, leeway and autonomy within a system – and en passant leads into the conceptually grounded sculptural cosmos of the artist. Fudakowski (*1985 in London), whose work balances the fine line between comedy and horror, often appropriates the formal language and vocabulary of specific industries or institutions. With linguistic wit, she exposes stereotypes and the arbitrariness of rules and regulations and takes regulatory structures ad absurdum. In Düren, she also presents four new sculptural works as well as a series of nine woodcuts made for her new publication. The limply hanging, shrimp-like forms conjure both prey and predator in their play with scale while the woodcuts chart the chapters of fifteen years of the artist’s career.

The book “The Roll of the Artist – Volume One” (2021), published on the occasion of this exhibition, is an ‘autobiographicatalogue’ which is Fudakowski’s elaborate yet fragmented answer to an ex-boyfriend who asked: “So you call yourself an artist?” In it the author unfolds herself with personal stories and anecdotes, against a backdrop of the lives and trials of artists who have made a deep impression on her. The book weaves together a wide-ranging and at times awkwardly honest account of the loves and labors of an emerging artist.

Kasia Fudakowski’s solo exhibition is part of the presentations of the Günther-Peill-Stiftung Laureates and Fellows 2018 – 2020 (with Alice Creischer, Kasia Fudakowski, Pakui Hardware).