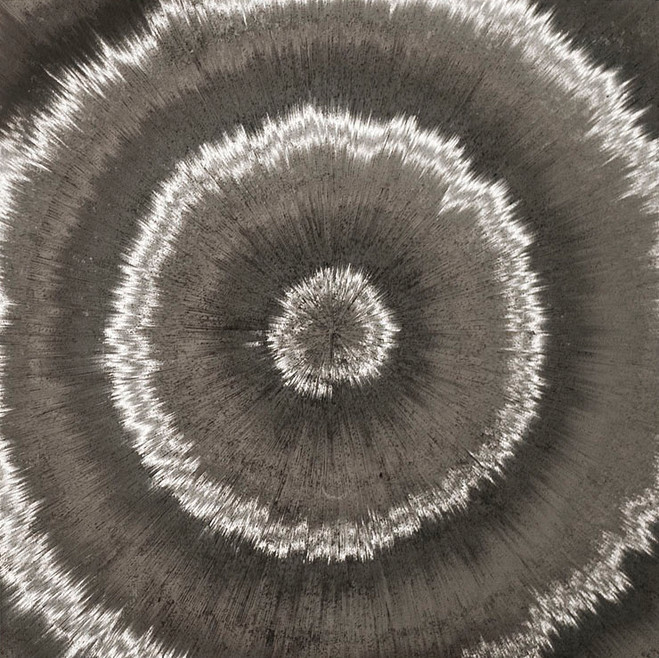 From Michel François’s installation Dėjà vu to Renėe Green’s Personal Props, a piece borrowing the titles of certain songs the artist is fond of, from the “Memory” revisited by Aurėlien Froment (Who here listens to BBC news on Friday night?) to the evocation of Schnabel’s film about Basquiat by Ryan Gander for an endless duplication with many different rebounds, each one of the works in 21st Century Outlook points to a dimension of echo and repetition, which spectators are invited to experiment with in their turn, in a relationship to a more or less distant experience.

This dimension, which actually involves a notion of rhythm, refers very naturally to the musical arena, and if many of the pieces on view are determinedly part and parcel of this field, to the point of referring directly to certain precise sound sources, the echo evoked is also that of “light music” which, akin to litany, replays a past for us in an insistent way.

The actual set design of 21st Century Outlook is part of this logic involving an itinerary representing, in spatial terms, a succession of identical compartments which our own memory will be supposed to activate.

This itinerary will start with a sonic piece by Arnaud Maguet, with 21st Century Outlook clearly indicating, like a song lending its title to the album containing it, a repeat—definitely the most appropriate word for the whole exhibition. But 21st Century Outlook is also the name of a collection of discs of experimental music from the very early 1970s (which Maguet’s work explicitly incorporates) for a time game, an ongoing to-and-fro between past and present—so even a present which possibly turns out to be the culmination of a dreamed-of future—giving as many particular resonances.
www.fraciledefrance.com