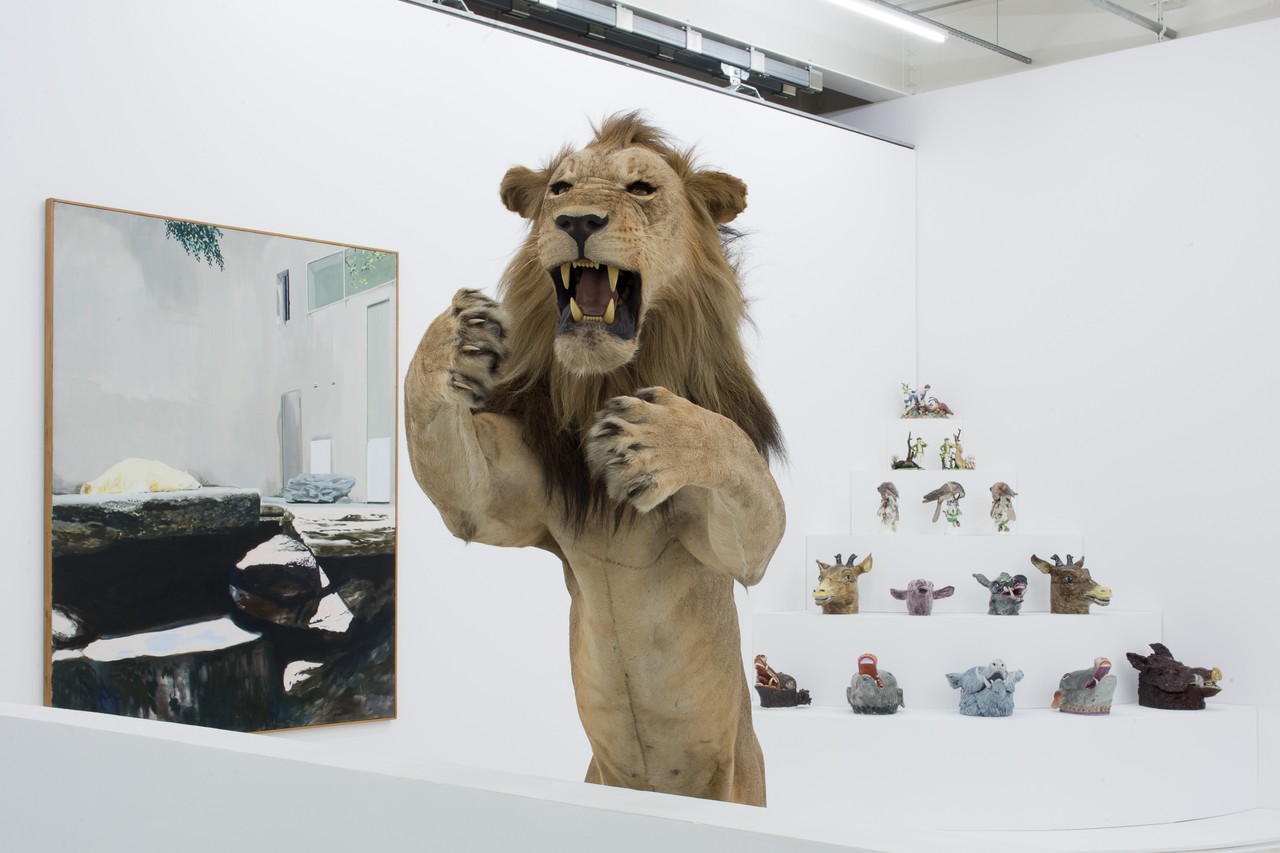 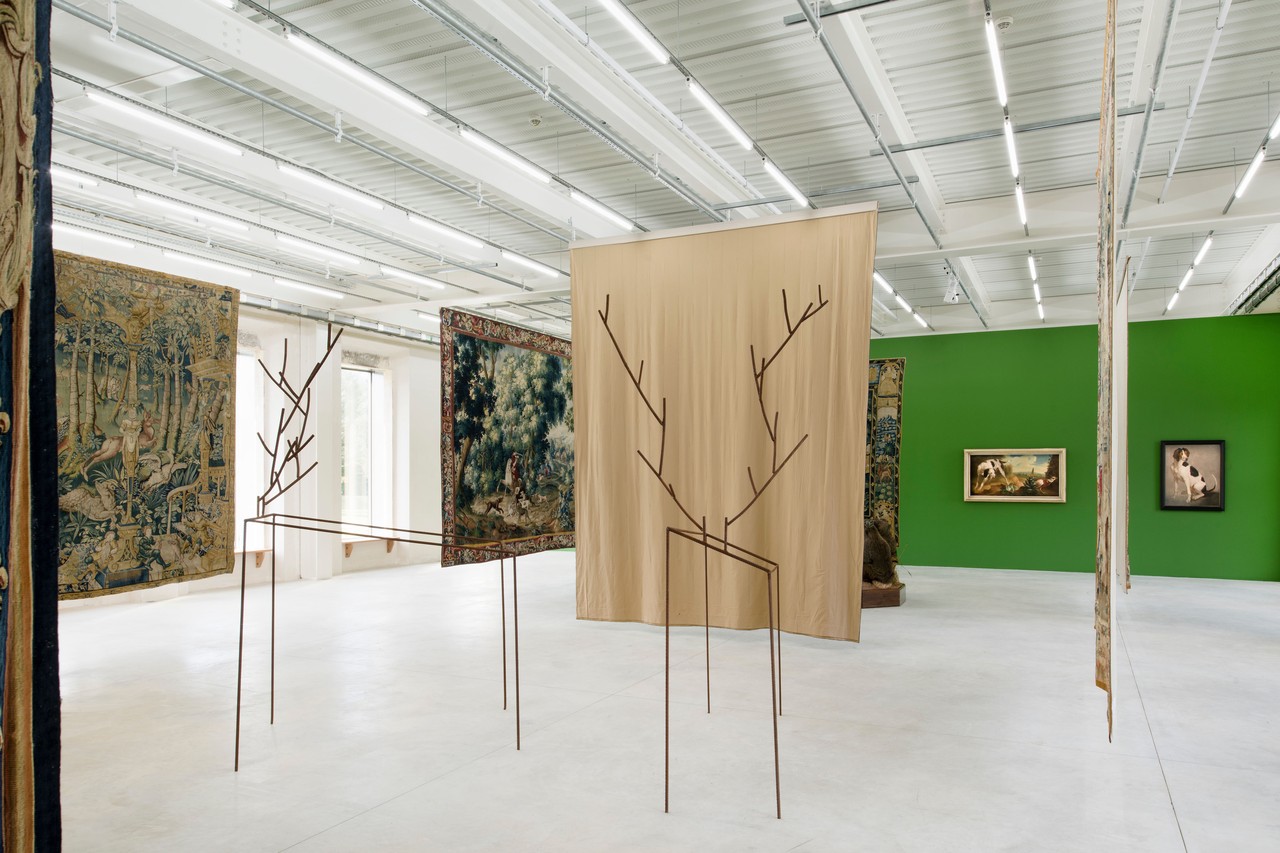 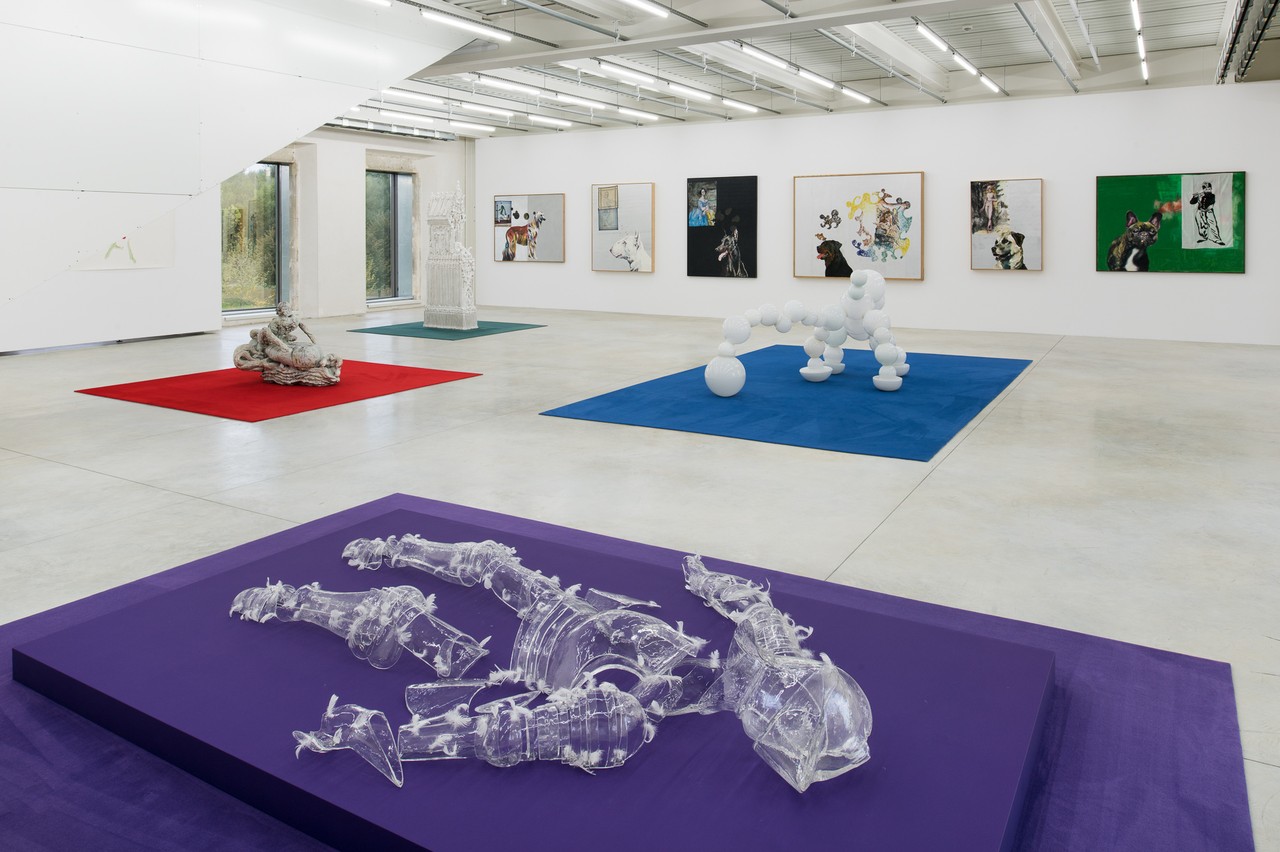 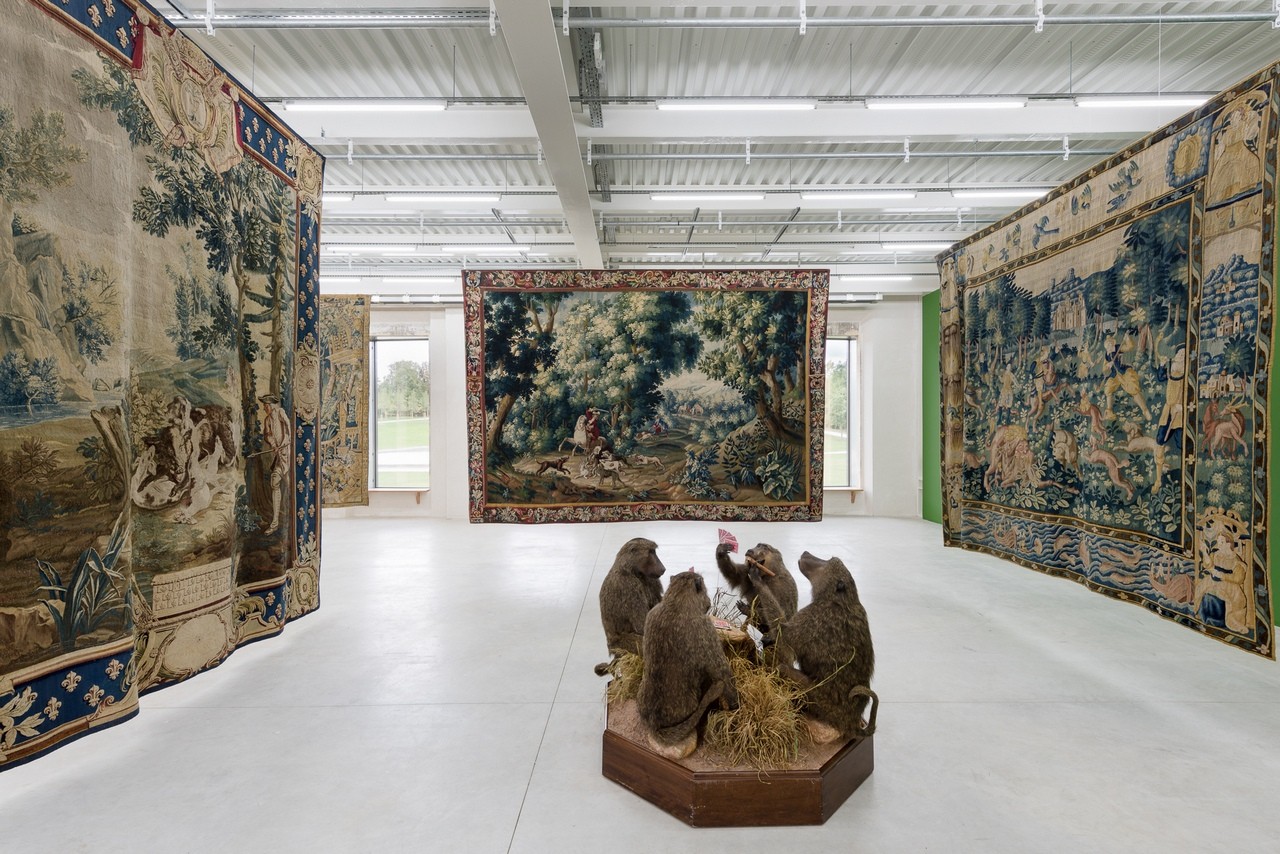 The frac île-de-france and the Communauté d’agglomération de Marne et Gondoire host the Musée de la Chasse et de la Nature at the Château de Rentilly, as well as in the Salle des Trophées, inviting the artist Richard Fauguet to curate the exhibition based on the Museum collections. By drawing on the historic as well as contemporary works in the collection and by introducing other pieces on loan specifically for the exhibition, Richard Fauguet proposes a mise en abîme of the fantasy world of the château, linked intrinsically to that of hunting, thus inviting nature and the animal kingdom into the château.

A rarely exhibited set of tapestries from the museum collections extending from the 16th century to today structures the exhibition space. These very large wall hangings become paintings/screens providing a means for the landscape to feature within the château, therefore echoing the project by Xavier Veilhan, who transformed it into a surface on which to project the surrounding park. The château blends into the surrounding nature that, in turn, permeates its walls.

The tapestries form a labyrinth throughout which works, small sculptures, ceramics and paintings are gradually discovered. They form a bestiary that blithely transcends periods and brings a wide range of styles and techniques into juxtaposition.

The counterpoint to a set of ceramic animal heads presented in the style of a tiered cake is the ceramics by Johan Creten and Elmar Trenkwalder establishing interplay between crafted and vernacular pieces and contemporary works. This is a recurring element in Richard Fauguet’s work, often drawing from “modest” art and artistic techniques or mediums that are now considered obsolete, therefore establishing a degree of porosity between fields that are a priori deemed incompatible. There is the same type of “collage” or overlap between a collection of antique weapons with very sophisticated mechanisms confronting a piece by Xavier Veilhan, formed of a series of very stylised guns. A collection of paintings by Daniel Schlier depicting dogs looking at works of art is positioned opposite a work by Richard Fauguet, Molécule de chien in an unexpected flurry of canines.

Several films and videos echo with this strange bestiary, including the masterpiece by Fischli/Weiss, Le droit chemin/The Right Way, leading us into a world that is poetic, bizarre and bucolic as well as imbued with existential questions.

This world of hunting or animal object of curiosity also puts the château and its history into perspective, with the numerous animals that the park boasted, fallow deer, horses, as well as a bear kept in a cage in the park during the period when the Menier family owned the Rentilly estate, without forgetting the presence of a penguin – whether a true story or a legend – and the existence of the salle des trophées where the Menier family gathered after the hunt.

Title from a song by Gérard Manset, 1968
www.fraciledefrance.com