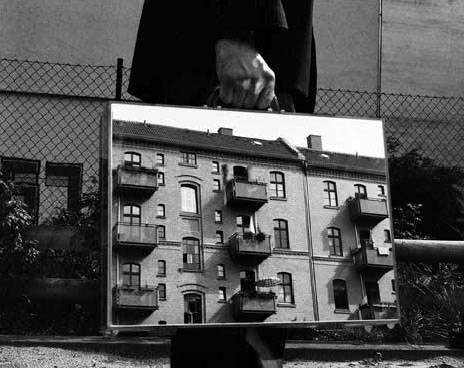 Our annual summer exhibition, during which we ask a renowned international artist to curate his or her own show, has become an important event not worth passing up. Last summer we had Joan Jonas invite different artists she had encountered in Europe and the United States to join in her exhibition, while this year the artist Pedro Cabrita Reis will be presenting us to a group of contemporary Portuguese artists.

“En Voyage” highlights the creations of six young artists whose work offers up images of our everyday life that are both ironic and romantic.
The presence of the artist Ana Jotta will help expand the scope of the exhibition towards an earlier generation, revealing an oeuvre made up of different series (or “sites”) of drawings, embroideries, “pornographic” paintings, and “architectures” that question notions of identity. Following the retrospective of her work last year at the Serralves Museum (Porto), Jotta will be presenting a creation that lies midway between the workspace and the exhibition space.
Carlos Roque will be presenting a new installation (sound and wall painting) in the pop rock style, consisting of fantasy-like narratives which invite the spectator to project his or her visions onto the surrounding urban universe.
Jorge Queiroz will present large-scale drawings filled with hybrid plant, human and animal creatures, forming a dreamlike world where time and space are thrown into disarray.Thanks to the commitment and generosity of Pedro Cabrita Reis, the visitor will have the chance to cross into new and rich worlds, linked together by the innovative works of a new generation of Portuguese artists.

Gulbenkian’s Foundation will present this summer in Paris the creation of Ricardo Jacinto.