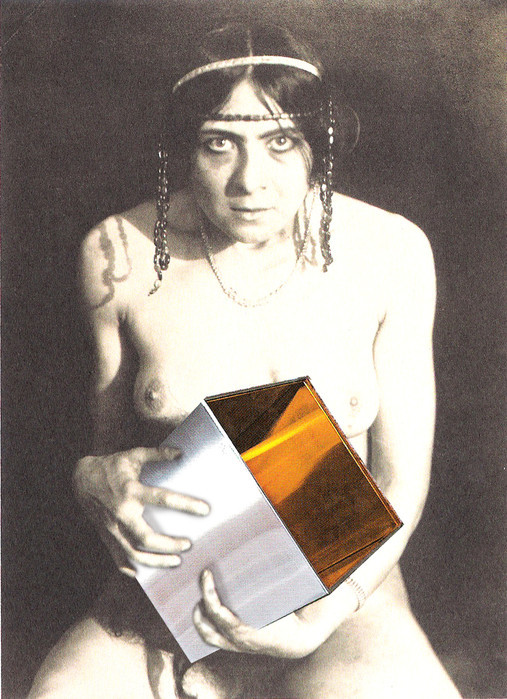 Nul si découvert/Void if Removed is the fourth and last part of the Concrete Erudition programme proposed by Guillaume Désanges, the guest curator invited to devise a cycle of exhibitions at Le Plateau since 2009. In creating a continuity with previous shows, Watchmen, Liars, Dreamers, Planet of Signs and Prisoners of the Sun, which all question the relationship between knowledge and access thereto, this exhibition, this time around, takes as its point of departure three stories, in order to broach, in art, the idea of experiences which are at once conceivable and impossible.

Lake Vostok, in Antarctica, is a pocket of water caught beneath a thick layer of ice, supposedly containing forms of life many thousands of years old. Scientists have attempted to go there and check things out, but have now banned themselves from so doing, because venturing into that place would immediately alter its presumed equilibrium. The dilemma between growth of knowledge and concern for conservation is here deadlocked. Violating the lake would trigger the same “spontaneous disintegration” bomb as in the famous scene in Fellini’s film Roma, when excavations for the underground railway expose the sumptuous frescoes of a Roman villa to instant evaporation.

The “Schrödinger’s cat” thought experiment is a parable of quantum mechanics, dealing with the disintegration of atoms. Let us imagine a cat shut up in a box with a phial of lethal gas, which may spread with a certain degree of probability. How are we to know whether the cat is dead or alive without opening the box? As long as nobody actually checks, Schrödinger declares that the cat is both alive and dead—something, i.e., that is “living-dead”. Not one or the other, but BOTH, at least until the box is opened. So it is the moment when the cat is checked that affects the state of the object being studied, either saving or killing it.

The European Large Hadron Colider [LHC], the world’s most powerful particle accelerator, is designed to enable physicists to examine the basic ingredients of matter, by recreating the conditions which existed just after the Big Bang. When it went into operation in 2008, a certain number of scientists called for the experiment to be suspended, for fear of creating black holes which might engulf the earth. The execution of a hitherto untried experiment can give rise to considerable growth (in terms of knowledge, being, space, energy, and the like) just as it may culminate in irreversible, not to say catastrophic losses. But how is the validity of such fears to be verified without testing it?

These are all situations where observation does away with observation.
As it so happens, objects—sculptures, photographs, videos, and performances—which are all the more frustrating and fragile because the phenomena they contain threaten to evaporate on being opened up. Hermeticism attracts curiosity and encourages secrets to be given away, but it also keeps knowledge within a peaceful speculative form, at a distance, like a mirage offering the “representation of a possibility” (Marcel Duchamp), and capable of giving rise to fantastic dizziness. This type of “void if removed” mechanism has as much to do with scientific and poetic configurations as with philosophical ones. These questions to do with the ineffable, with impossible experience, with radical transcendence, and with radical immanence, all recur in particular in the aporetic and skeptical investigations of thinkers like Jacques Derrida, Maurice Blanchot, Emmanuel Levinas, and François Laruelle. But the experience of and experiment with an impossible experience/experiment is not only a metaphysical brain-teaser: what may be involved are very concrete, even physical situations. In its peerless capacity to formalize ideas outside any clearly defined system of signs, and outside any kind of functionalism, art is perhaps the preferred site of these experiences of and experiments with “what cannot be experimented with/experienced”, these expressions of the ineffable, these impossibilities of possibility.

Henceforth it is a matter of closing the cycle which broached the revitalized relation of art to knowledge in contemporary artwork through two divergent, but not contradictory perspectives: the insurmountable inaccessibility of knowledge and the infinite nature of its possibilities.
www.fraciledefrance.com