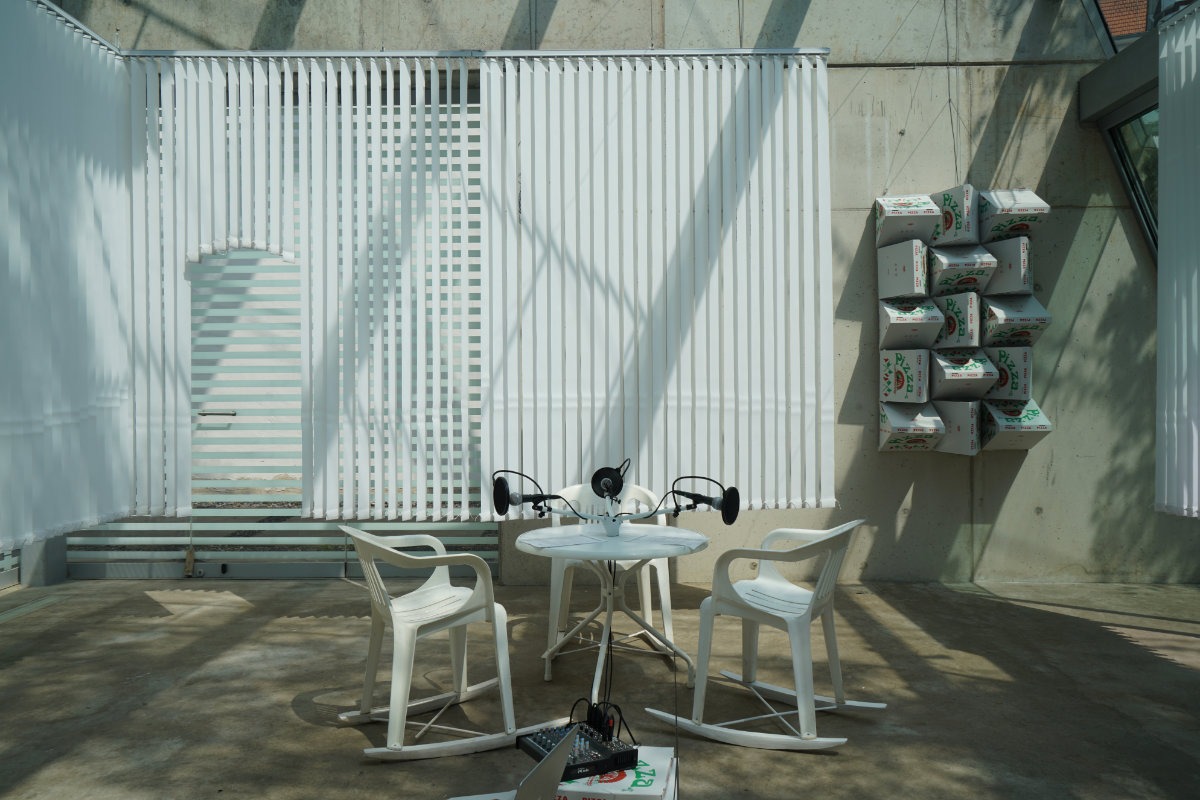 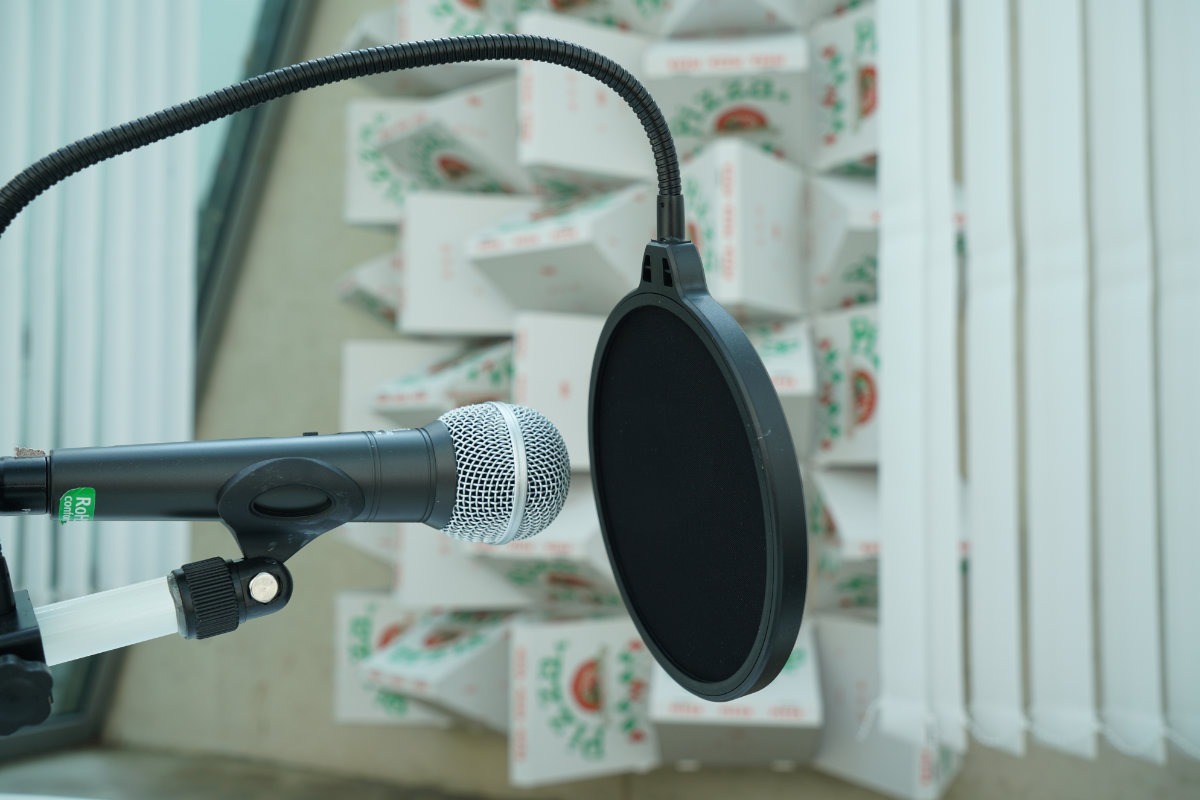 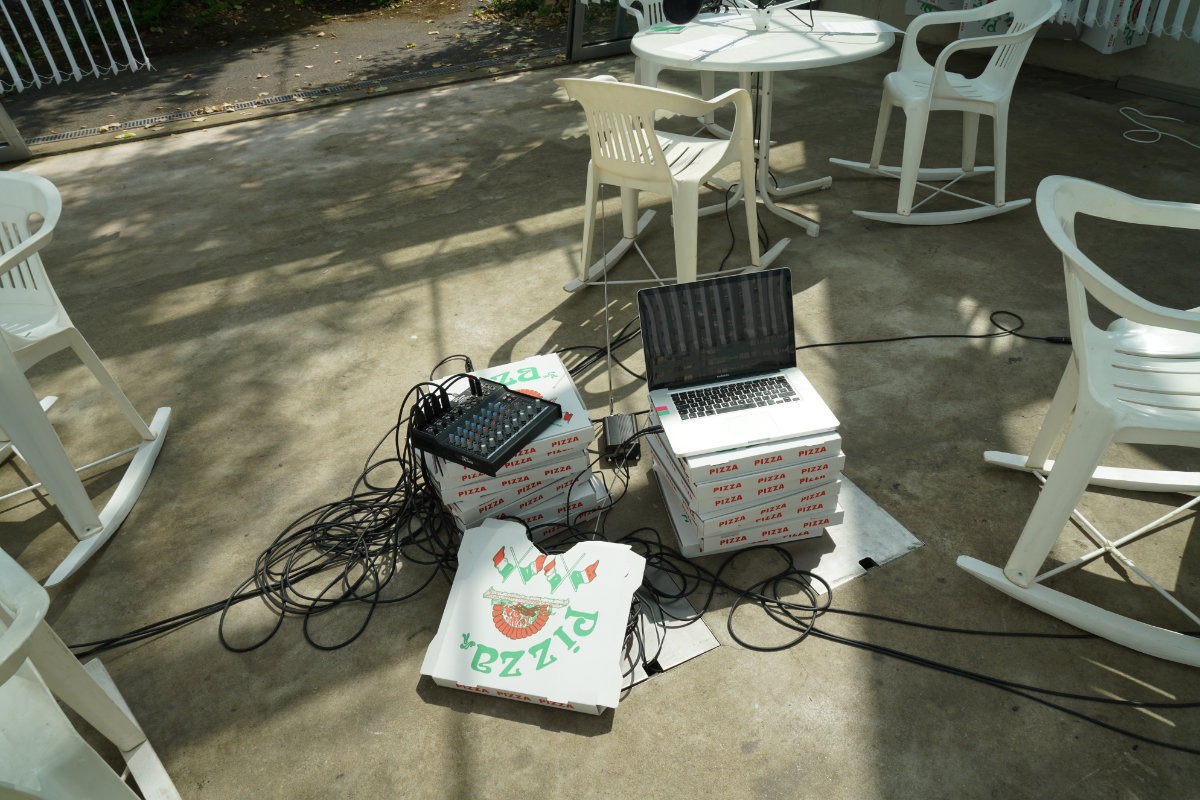 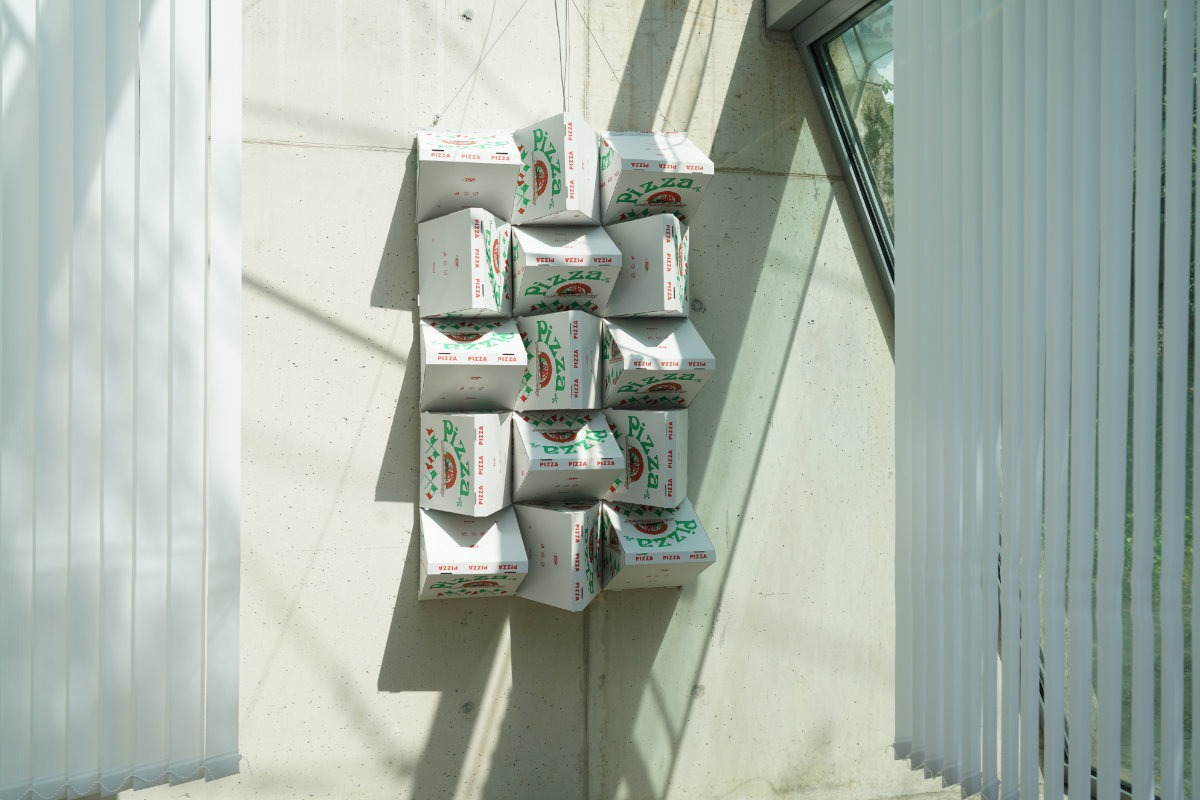 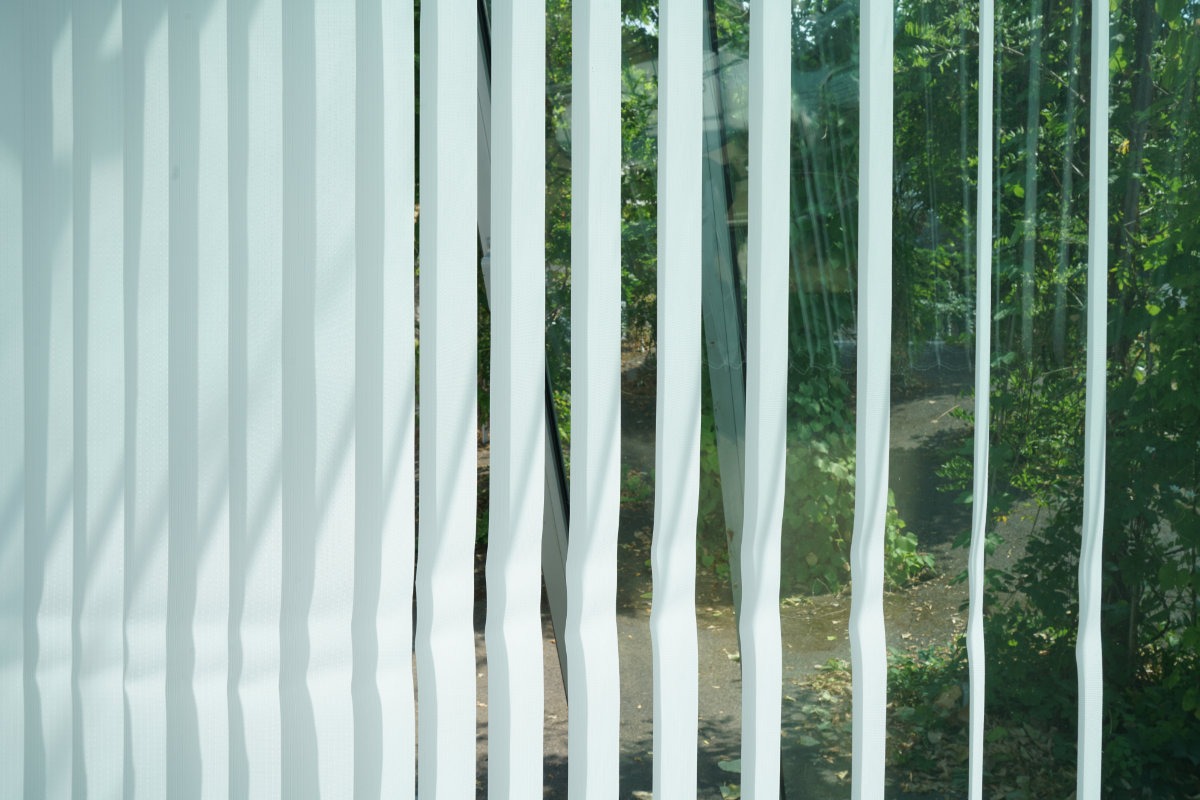 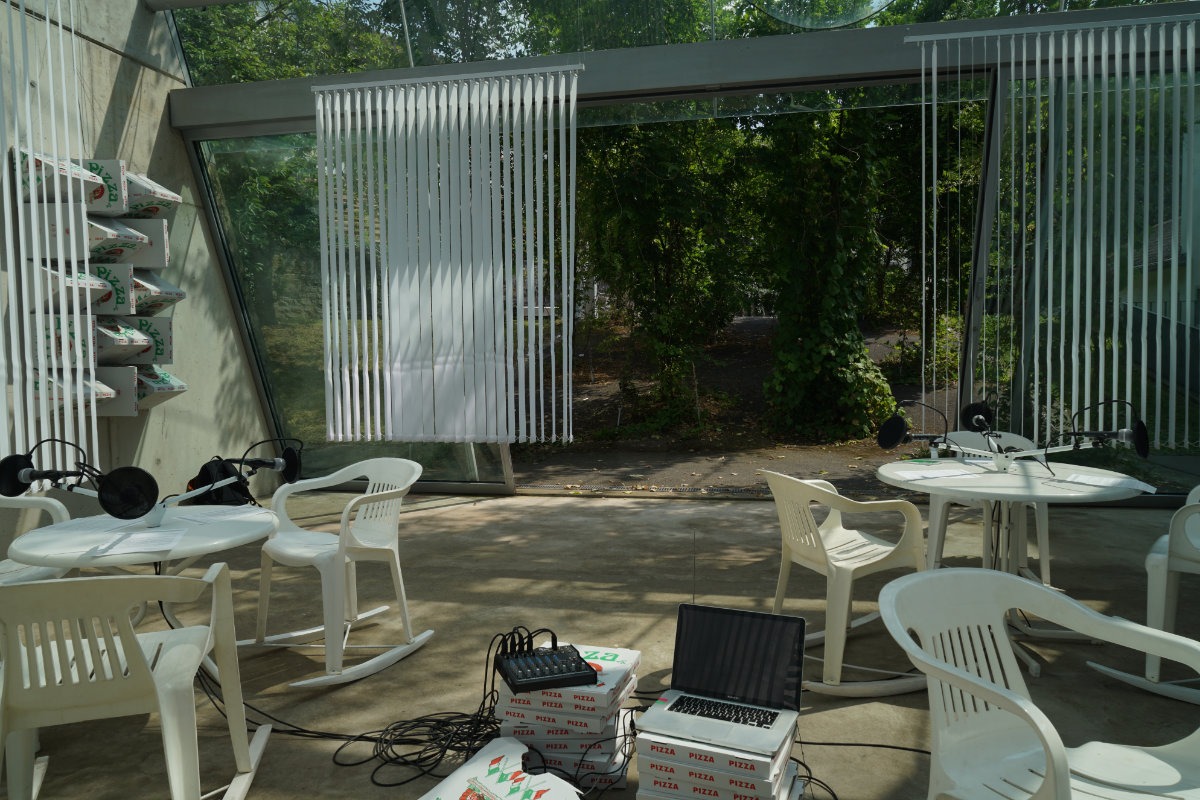 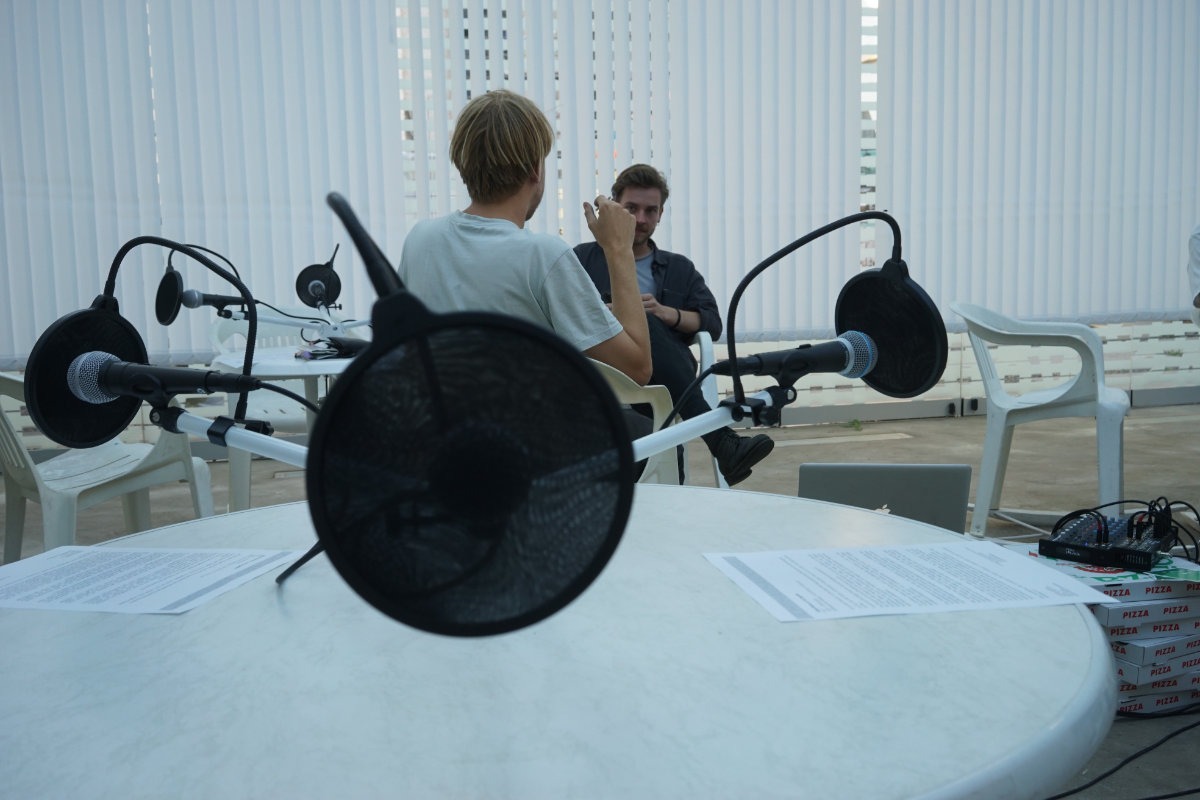 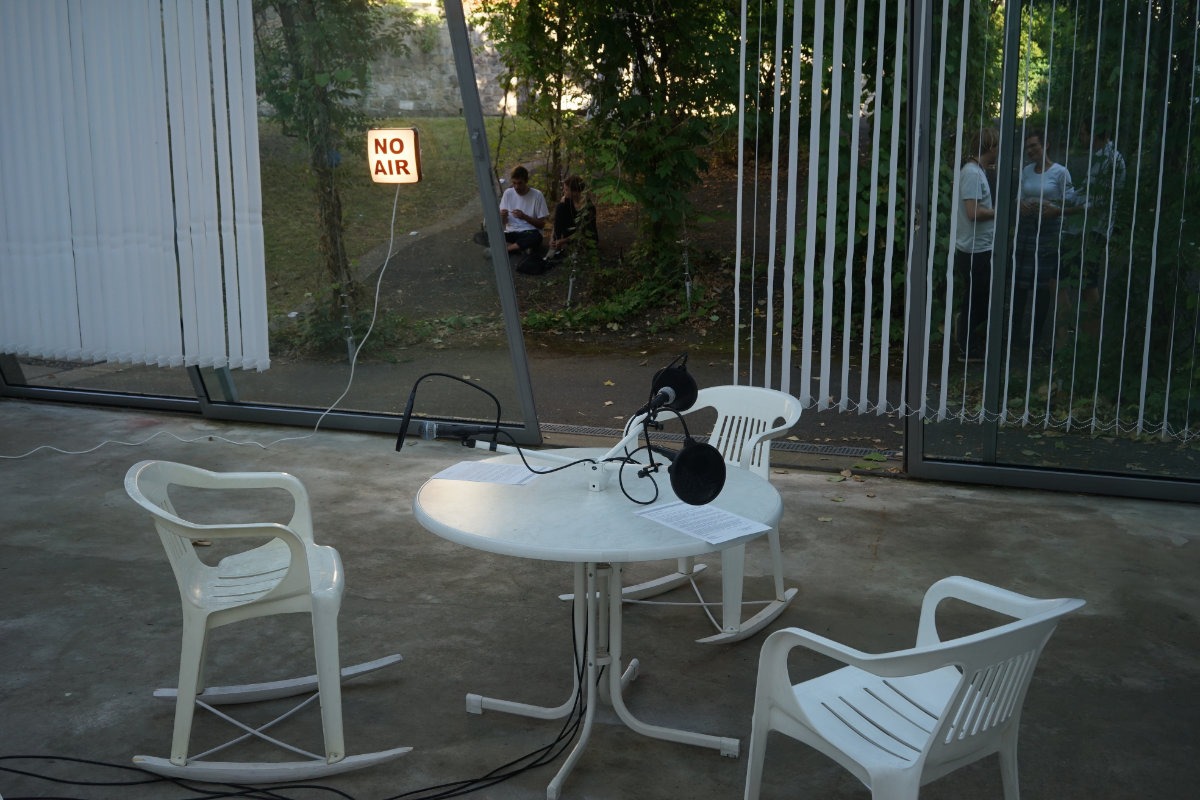 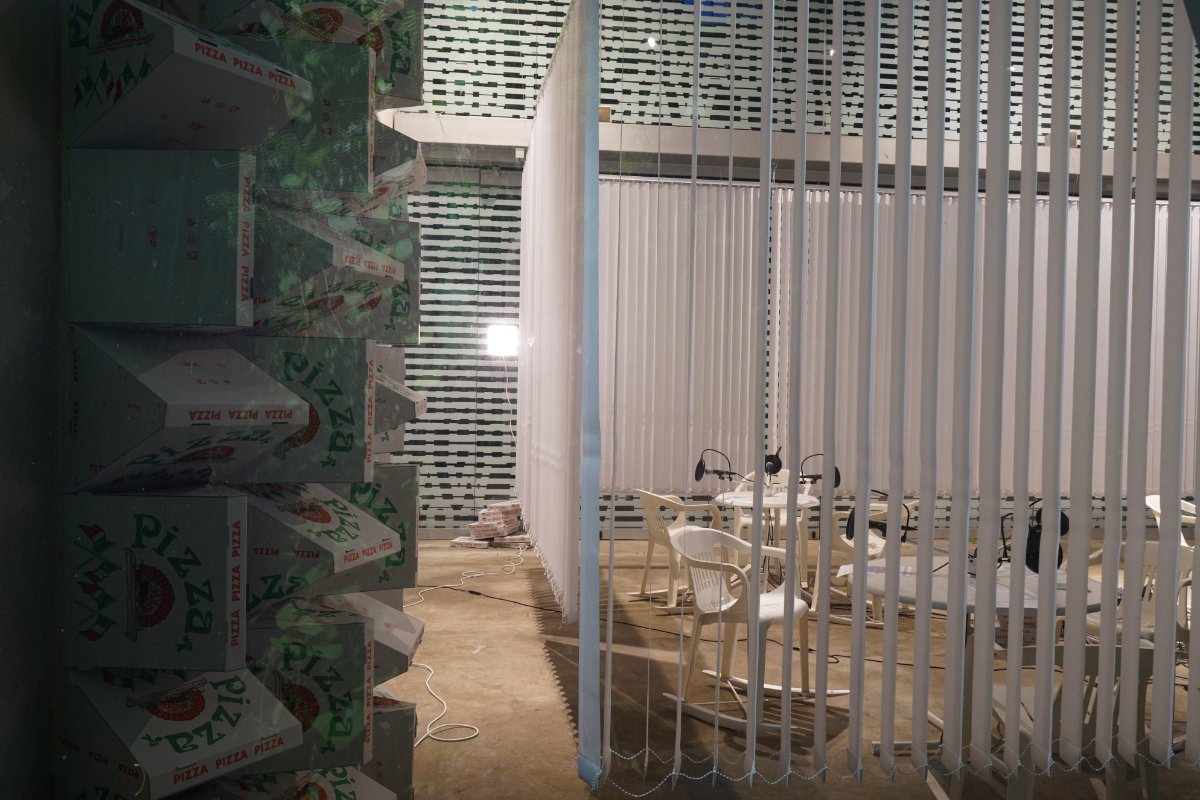 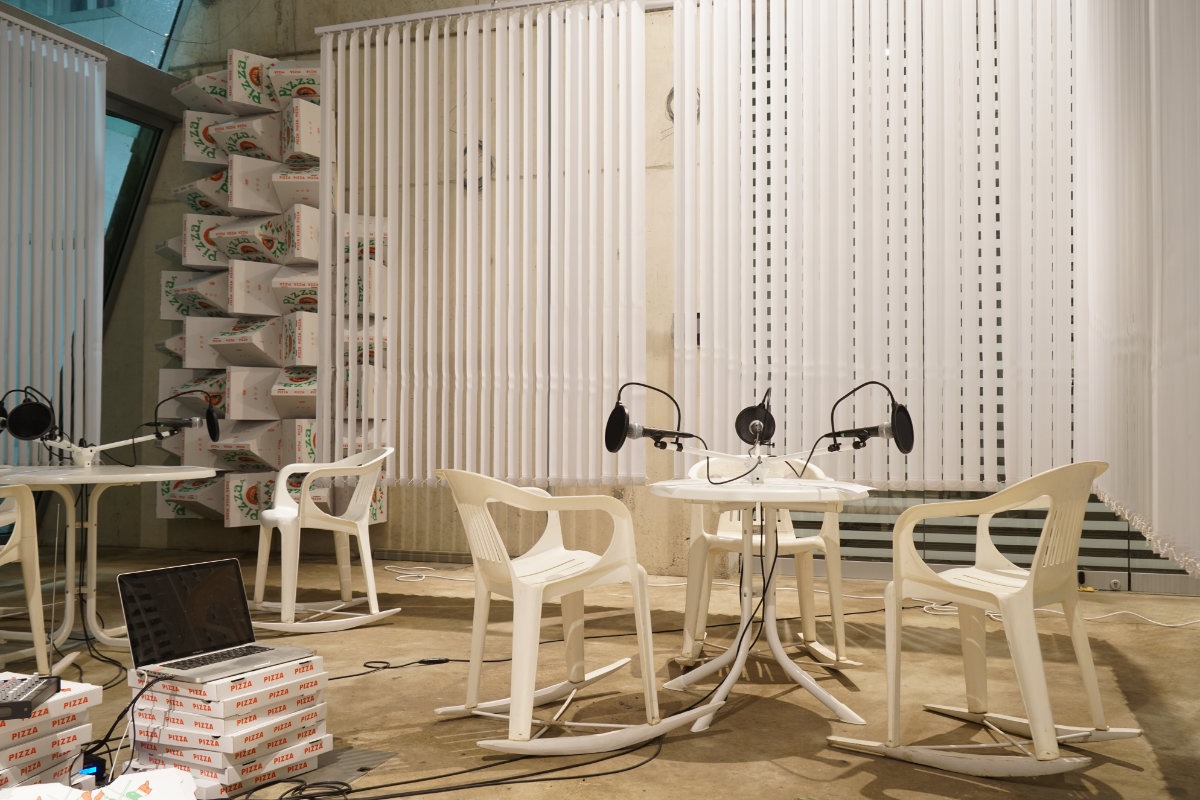 87.5 is the frequency at which the FM frequency band of public radio begins. All radios automatically tune to 87.5 when they are first switched on. 87.5 is also the frequency not already occupied by any radio broadcaster.

The frequency 87.5 is in itself a public space. For their exhibition in Lichthaus Arnsberg, artists Julian Breuer and Jan Engelke make use of this acoustic free space. The result is an open radio format, established through the visitors themselves, shifting the borders between production and perception and thereby addressing questions around the conditions of public speech.

In the Lichthaus are three tables, each with three microphones which are continuously on air. The sounds they pick up are broadcast live in the surrounding area at the frequency of 87.5. The broadcasting location is equipped acoustically with sound-absorbing structures and visually with vertical lamella blinds.

The radio program is the core of the exhibition, however it is only perceptible from outside the exhibition space, and the radio is produced by visitors to the exhibition. Their footsteps and the noises they make, their voices, whispering past the microphone or loudly taking the opportunity to send a public message, constitute the work 87.5.

How does the presence of an open, ‘on air’ microphone change the atmosphere of a room? What effect on public speaking does the possibility of anonymity have?

What influence do these conditions have on the content of the broadcast? Do you also have something to say, something everyone should know?

The open microphones offer the possibility of free speech. There is no intention to use censoring. This space is open to all, and your participation is accordingly subject to the simple code of refraining from verbal abuse – racist, right-wing extremist, sexist, misogynist or other discrimination will not be tolerated.

In the historical context of the Wedinghausen cloister, which was itself an important cultural centre, in which books were written, published and archived, the Lichthaus will now take on the function of a living acoustic archive.

An exhibition by the Cultural Office of the City of Arnsberg in cooperation with Kunstverein Arnsberg.
www.lichthaus-arnsberg.de